Alexander Zveverv is through to the semi-finals in Shanghai after pulling off his most significant and first top 10 win of 2019 with a 6-3, 6-7(7), 6-3 victory over an animated Roger Federer.

The German, who just three weeks ago was teammates with Federer in their third Laver Cup victory, had five match points in the second set but withstood the Federer fight back, maintaining a high level in the third set to progress after 2 hours and 4 minutes of play.

The win sees Zverev significantly boost his chances of qualifying for the Nitto ATP Finals as the 180 points gained mean he's up to 7th in the race ahead of Bautista Agut. He'll next face Dominic Thiem or Matteo Berrettini for a place in the final. 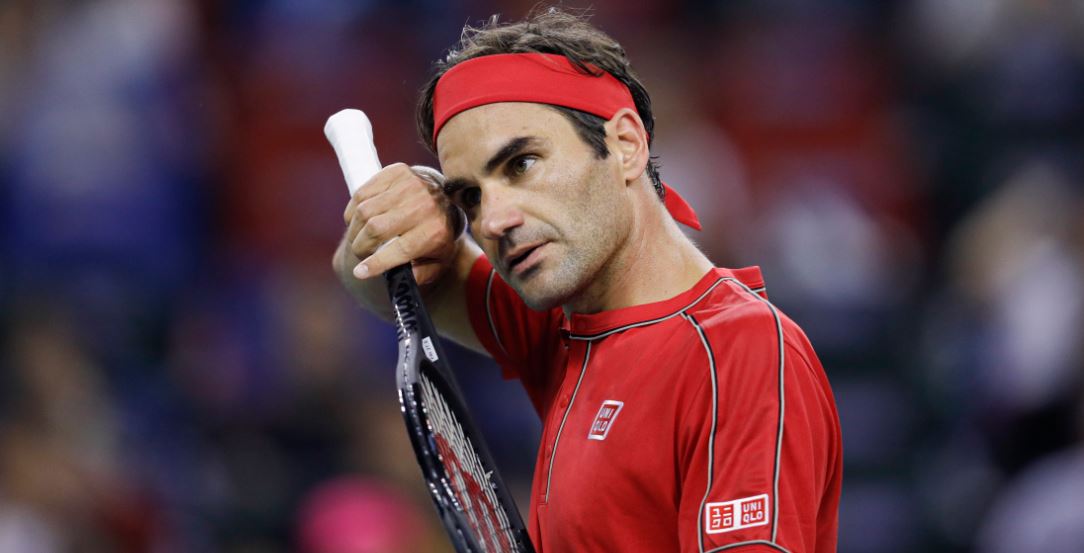 Federer won the toss and elected to receive. Zverev kicked things off with a hold to thirty before Federer matched him despite only landing one first serve.

The German fired down a love hold to lead 2-1, but Roger was soon level, again holding to thirty thanks to some good footwork and a couple of decent forehands.

Another love hold saw Zverev move up 3-2 and put the pressure straight back on Federer. That pressure told as Zverev unsettled Roger on the baseline to break for a 4-2 lead.

Zverev was looking increasingly in charge, and he consolidated the break to lead 5-2, winning 12 of the last 15 points.

Federer needed to change things up, and in game eight he came forward behind his serve which helped him hold for 3-5. However, Zverev wasn't going to be perturbed, and he held to love to take the set 6-3 in just 27 minutes.

Roger managed just four winners in the set, and despite serving at 71%, he won only 59% of points behind his first serve as Zverev dominated in all areas.

Into set two and Roger responded with a hold to love for 1-0. Zverev had looked rock solid on serve in set one, but he double-faulted to give Federer 0-30. If it weren't for a shank the Swiss would have had three breakpoints, but a well-constructed point gave him 15-40, and although Zverev saved the first, a slick dropper after a lung buster of a rally put Roger up 2-0.

In trying to consolidate Roger quickly found himself in trouble at 30-40 and despite making deuce Zverev hit a stylish backhand pass on the run to set up a breakpoint which he converted to get back on serve.

A hold to thirty put Zverev level at 2-2 before Roger got back in front with a love hold for 3-2. The lead, however, was short-lived as Zverev held to fifteen for 3-3.

An exchange of relatively comfortable holds saw the scoreboard tick along to 4-4, but in game nine Federer failed to put away two overheads, then dumped a volley into the net off a ball that was sailing into the tramlines to give Zverev 0-15 window. The German then made 30-30, but Roger fired down a key ace and went onto hold for 5-4.

A blink and you'll miss it service game from Zverev saw him level at 5-5 in no time at all. Roger then slipped down breakpoint at 30-40 after attempting a huge cross-court forehand. Zverev converted, making Federer hit a couple more balls then he would have liked and then making another pass to lead 6-5.

Zverev quickly brought up three match points at 40-0, but out of nowhere Federer began to return his first serve and won five points in a row to break, coming up with some ridiculous volleys to force a tie break.

Into the breaker and Federer was able to get up the early mini-break, moving into a 5-3 lead but a serve and volley behind a short second serve allowed Zverev to recover it. The German then bombed down two big serves to set up a fourth match point at 6-5. Federer saved it with a big first serve but then Zverev came up with a brilliant backhand pass on then run to give himself a fifth match point at 7-6 on his serve. Again Federer saved it and won the next two points to take the breaker 9-7.

Into the decider and Zverev regrouped with a hold to fifteen for 1-0. Federer then let his level drop, and Zverev broke for 2-0.  Nacho Forcadell announced new balls which rattled Federer who berated the umpire for not telling him they were due so he could switch racquets.

Zverev consolidated to love for 3-0 and then Federer received a point penalty at 15-30 for hitting a ball into the crowd which he claimed was a mishit. That resulted in another heated discussion with the umpire, but he saved both break points to hold for 1-3.

The Swiss fashioned 15-30 in game five and looked to have the bit between his teeth but Zverev bombed down three huge serves to hold for 4-1.

Federer needed to fight off another deuce game to hold for 4-2, but he couldn't make any inroads on the return as Zverev held to love for 5-2.

A love hold for 3-5 meant Zverev had to try to serve it out for the second time and he did so, doing so to fifteen to take it 6-3. 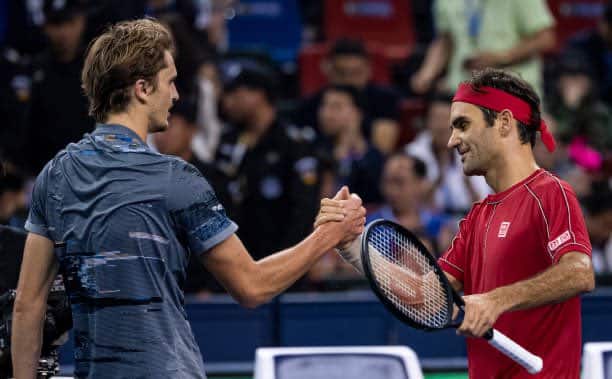 I thought he was clocking his serve well all day, I think the second set he had more opportunities so he deserved that third set. I thought I played alright, it's tough when he's serving 220 average and you're down within a couple of shots, 30-0 on the return games so I dunno look, I tried, I definitely had some moments. I felt like it was more my service games where the rallies were taking place which was tough for me. I was hoping to get more second serves, I was maybe hoping at the beginning of games I would be more in the games on Sascha's serve but he didn't let that happen so credit to him. Then naturally you are maybe missing some rhythm, normally not an issue for me, but the court plays quick so you don't have much time to think about it. You serve, he returns, you attack and hope that attack lands decent and you're not going to be stranded when you come to the net and he's got a backhand that's gold so sometimes he made me pay there. Federer on his loss to Zverev

A fun match this one but the wrong outcome for Federer as he didn't have his best day at the office. Some good points, but he wasn't able to dictate play as he wanted and never looked comfortable during the match.

I thought pre-match Roger would get Zverev on the run and mix it up, but it was Sascha who controlled the match, playing one metre further up the court compared to his last match and putting an extra 5km/h on his groundstrokes.

The weight of ball off his racquet caused Federer a lot of problems, and when the Swiss tried to change it up by coming forward, he was consistently burned with Sascha making several high quality passing shots to limit Federer to winning just 19 of 40 points at the net.

The first set was the key as it often is in best of 3 and even though Fed showed a ton of grit to sneak the second, I had a feeling he'd have a letdown in the third when the adrenaline wore off, and that's what happened. I don't think he helped his cause by getting into an argument with the umpire either which while entertaining was wasted energy.

The first tirade was due to the umpire not telling him that new balls were due to which he said: “I have other issues man, are you the one missing shots?” 😆 and the second argument ensued after he received a point penalty for hitting a ball into the crowd. It was a soft penalty, but the rules were correctly enforced and given he'd already smashed a ball out the stadium and done something to the net he surely knew he was on thin ice.

The talking points will be the second set drama and Federer's point penalty for ball abuse, but I thought Zverev played a great match, there were multiple occasions he could have let his focus slip, but he played at a high level throughout and his game never really wavered. The German was the better player for 90% of the match, and aside from Federer's short stints of brilliance, he ran away the deserved winner.

What did you guys think of the match? What could Federer have done differently to impose his game on Zverev? Do you think he deserved the point penalty? Let me know in the comments.