The season-ending Nitto ATP World Tour Finals gets underway this coming Sunday at the O2 Arena and the groups for the Round Robin stages have just been drawn.

The big, but not entirely unexpected news, was that Nadal has been forced to withdrew with an abdominal injury that kept him out of last week's Rolex Paris Masters. He's replaced by John Isner.

Juan Martin Del Potro also withdrew over the weekend due to the knee injury he sustained in Shanghai which gives Kei Nishikori his spot. You can see the groups below:

Thoughts on the Groups 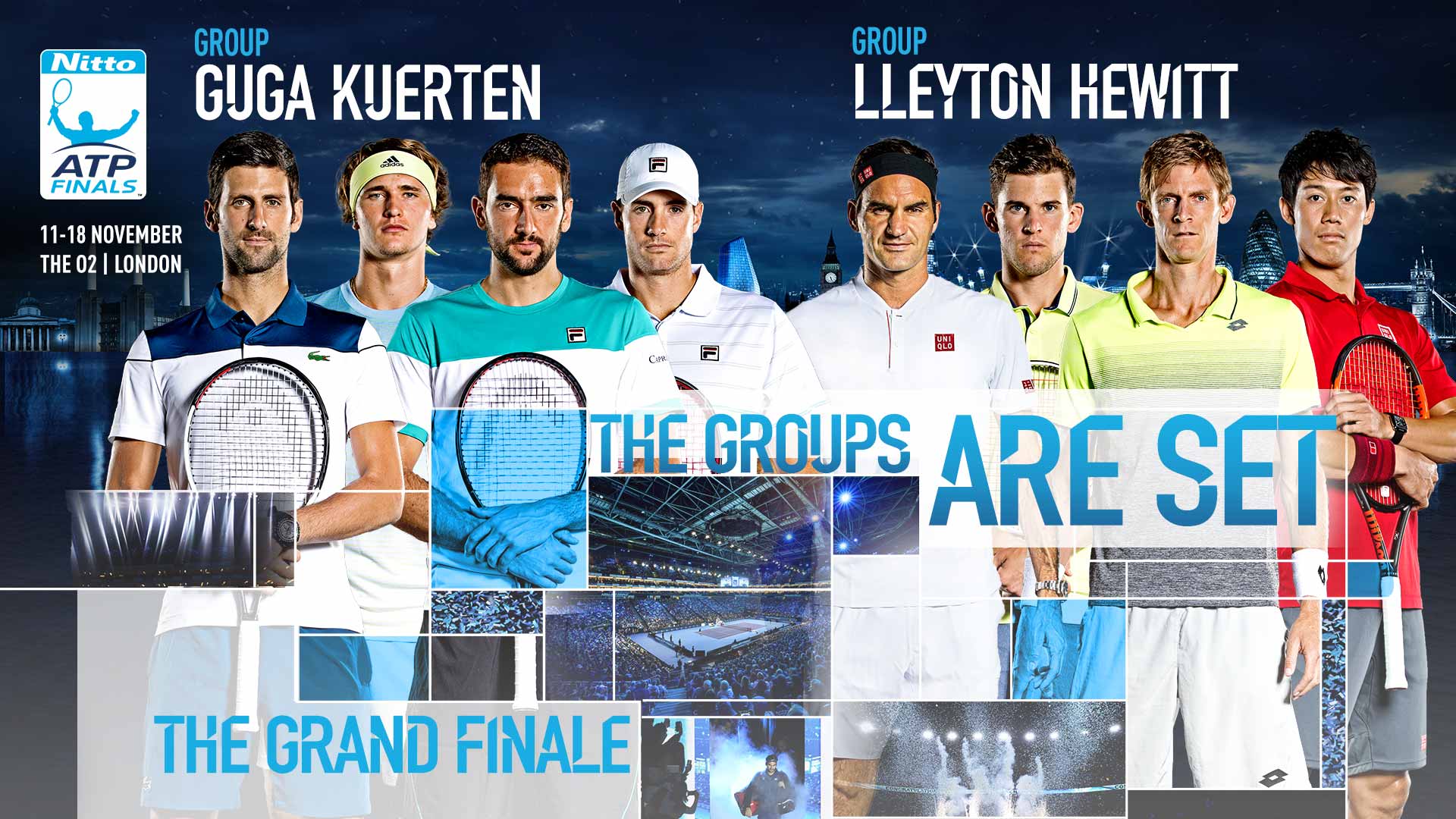 With Nadal withdrawing it meant that's Roger and Novak were always going to be in separate groups and I think on paper they're fairly balanced as you'd expect when it's the Top 8-ish in there.

For group Guga Kuerten, Zverev is dangerous, Cilic is usually crap in London and then Isner is always capable of pulling off a win with this serve.

Djokovic dominates the H2H against the latter two though, with a 16-2 and 8-2 record against Cilic and Isner respectively. He's played Zverev twice and it's one apiece. So you can't see him having too many issues getting out of that group.

As for Group Lleyton Hewitt, Roger is in there with Kei Nishikori who he beat in Paris last week. Kei said in an interview he's very tired after a long season so who knows how much motivation he has considering he only got in off the back of a withdrawal but he at least as a week off.

Thiem is also in there and he has done well to qualify with stronger second half to the season than usual. I think his chances hinge on how the court plays, he needs it to be fairly slow and high ish bouncing.

Otherwise with an ineffective slice and no real variety he comes unstuck. No doubt he's improving slightly on surfaces that aren't red and dusty but I still don't see him as too much of a contender. I hope he proves me wrong as his backhand is fun to watch can produce some sick winners.

The remaining member of the group is Kevin Anderson who's had a stellar year. Isner is being touted as the guy nobody wants to play but I think K Bomb is the danger man at this year's tournament.

I had a feeling he wouldn't stick around in Paris too long and he'd have one eye on London with it being his maiden appearance. He's already in the capital practising on the Queen's Club indoor courts so I expect him to be well prepared and keen to put in a good showing.

Roger, on the other hand, is back in Switzerland doing more sponsor work with Credit Suisse, you know just for something different a bit different to usual 😆 . I'm assuming he will be heading over to London at some point this week to get his prep underway.

The Swiss will be playing his first match on Sunday evening against Kei Nishikori.

Anyway, what are your expectations for London? Can Federer win it for the first time since 2011? Let me know in the comments.