The 2019 Wimbledon draw has just taken place and Federer and Nadal are both in the bottom half which means a potential semi-final clash for the pair.

The Swiss will start his campaign on Tuesday against Lloyd Harris and you can see all his projected opponents below based on seedings below. 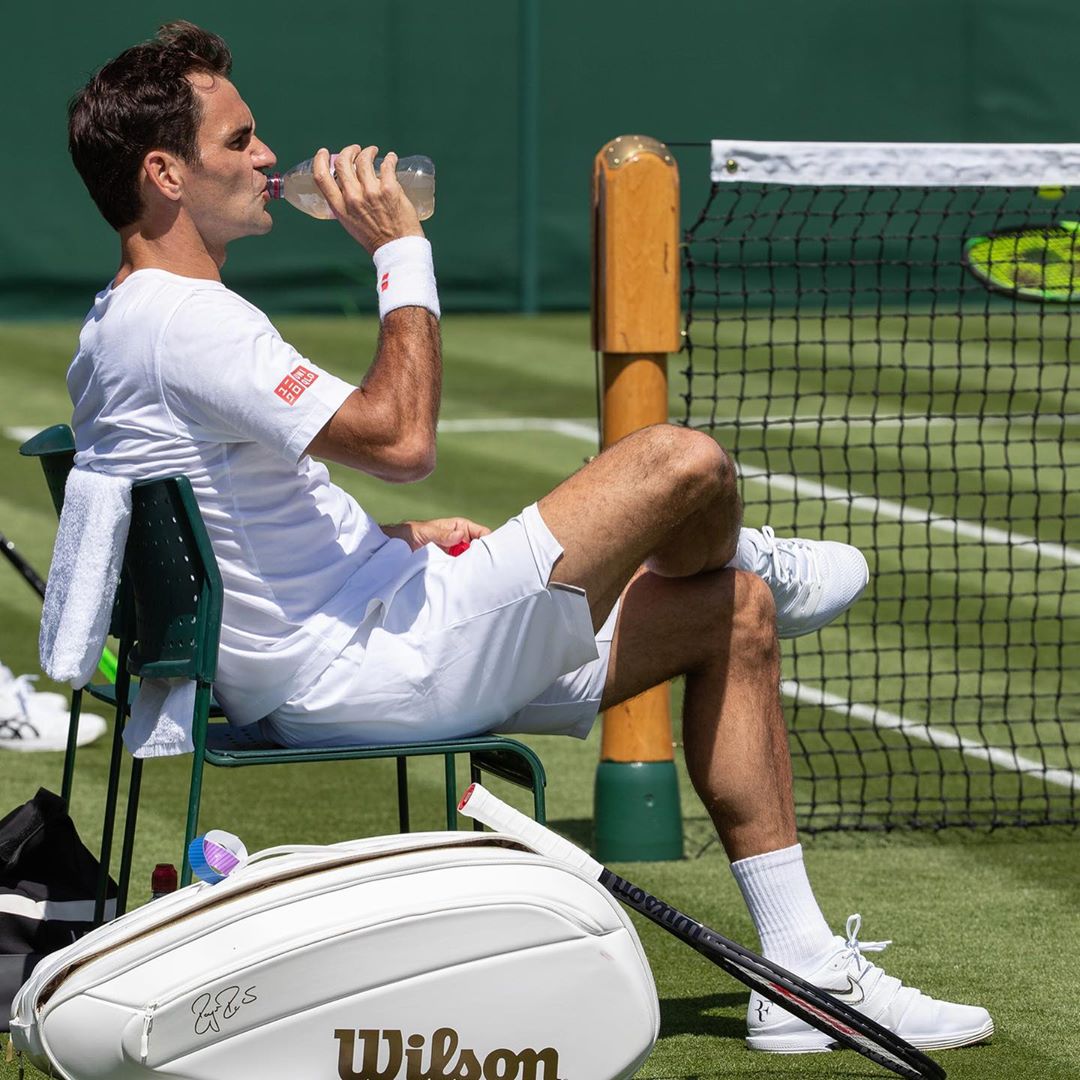 First up for Federer is Lloyd Harris. The South African cracked the top 100 for the first time in his career this season and made the second round at the French Open a couple of weeks ago.

I know very little about him but he's played two grass events this season losing Mischa Zverev in Halle qualifying and then James Ward in Eastbourne. He has zero pedigree on the surface and I can't see him playing that well on it so it's a routine start for Federer. Harris has a decent looking forehand but avoid that and it should be plain sailing.

Round two is then either British Wildcard Jay Clarke or Noah Rubin who came through qualifying. I'm not sure who is favourite in that one, for Clarke, it's going to be difficult to not think about potentially playing Federer on centre court in front of a home crowd but if he can put that to one side he should make it competitive.

Rubin has momentum from qualifying so he's probably my pick to come through in four or five sets. He's playing his first Wimbledon main draw and doesn't have too many weapons in his game but he's quick and will run down balls so that could be enough to get it done.

Whoever Federer faces he's a huge favourite. Perhaps he'd prefer Rubin given he played him once before in Australia but I can't see either guy really posing too many problems.

The third round is where it gets a bit more interesting with Lucas Pouille as the projected opponent although he faces Richard Gasquet in the first round which won't be easy.

Pouille played reasonably well in Stuttgart and then lost to Medvedev in three tight sets at Queens so he's no mug on grass courts having made the Quarter Finals in SW19 back in 2016. After what we are all expecting to be two comfortable matches, Roger would need to up his game to avoid any problems against the Frenchman.

For the fourth round, Borna Coric was the seeded opponent, but with his withdrawal on Saturday, Matteo Berretini has been moved into that spot. On form, you'd say Berrettini has a realistic chance of making the fourth round and he looked to have a nice game for grass from what I saw in Halle.

Into the quarterfinals and Kei Nishikori is the highest seed in the third quarter. Kei made the quarterfinals here last year but he's hard to predict and with Isner, Berdych, Di Minaur, Fritz and Struff all in his section it's very open.

I would think Struff has a good shot to come through that section as he's had a stellar season so far and has the weapons to do damage on the grass. Again that would require Roger to be on his guard as Struff can take the racquet out of your hands with his serve and forehand but he's inconsistent and only has one way to play so hard to see an upset should they meet.

For the semi-finals, it's Nadal as the top seed but he's landed in a heavily loaded quarter and has Kyrgios as a potential round 2 clash, Cilic as a fourth round and Thiem in the quarterfinals. Not easy but I expect his section to open up.

With Nadal in Federer's half, that, of course, means Djokovic as the man in the other half of the draw and he has Anderson as the 4th seed in his half.

Predictions and Expectations for Federer?

Get those first two matches out the way in routine fashion and look to move into the second week without too much hassle. From there let's see what happens. No doubt the seedings will be ripped apart by 8 pm this coming Thursday anyway so there's no point looking too far ahead!

How will the Laver Cup 2019 team perform on grass? 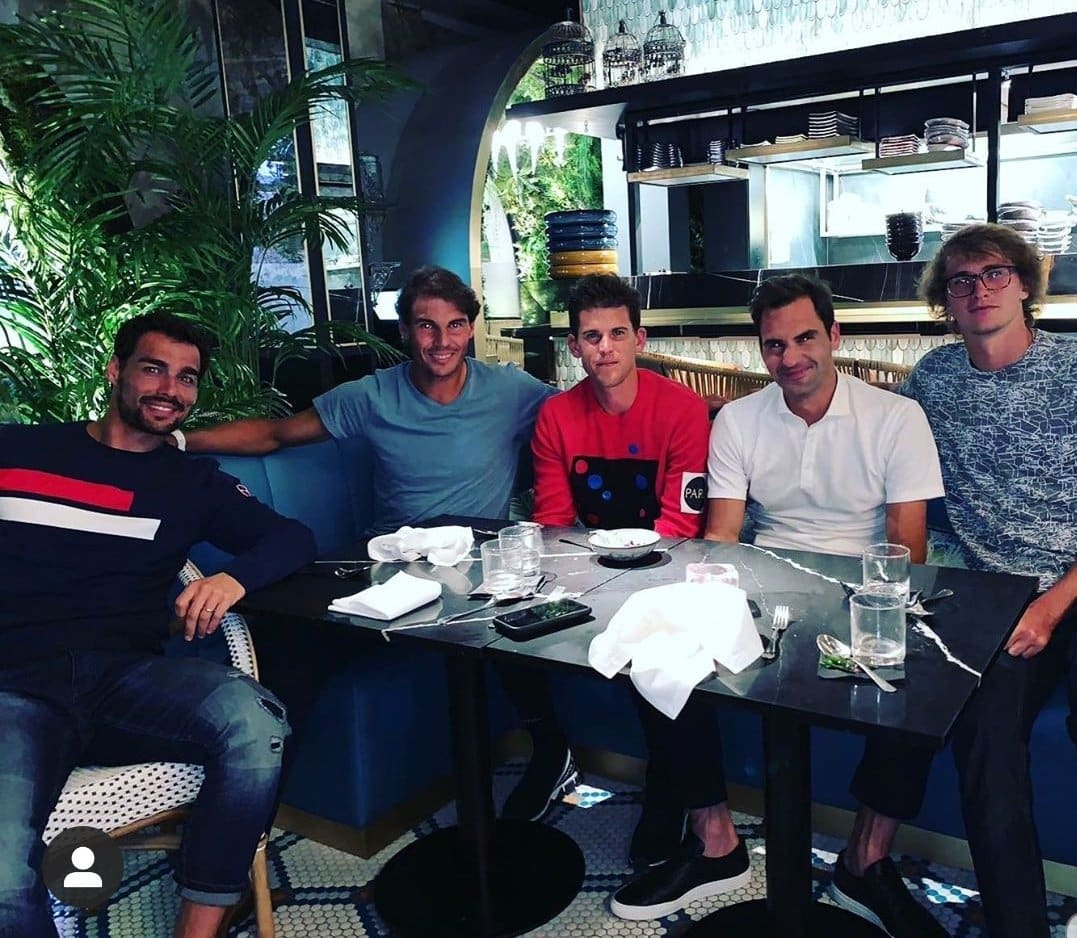 What do you guys think of the draw? Predictions for Federer, if any? As always the floor is yours. I will see you guys Tuesday for Federer's first match 🙂