Last week I published a post allowing fans to predict the year-end top eight for the upcoming 2020 season. At the time of writing, over 300 fans have filled in their predictions, and there are some interesting picks.

I was expecting some stupid ones in there from those with undeveloped frontal lobes, but as it stands aside from one person who selected Fernando Verdasco as next years year-end world number one, most of them are reasonable 😆 .

Of course, with such a large contingent of Federer fans, there's going to be some bias and picks to avoid ‘jinxing' which skews the results slightly. Still, I've compiled the data based on the 304 unique responses that had come in when I pulled the data into a spreadsheet, and you can see the results below.

How Many Players are in the Running To Finish in the Top 8?

Respondents think that 39 different players have a chance of finishing in the Top 8 in 2020.

I don't think there are any glaring omissions from my perspective, but as you will see later, I was surprised at how few picks some players got.

The players in with a chance of finishing ranked in the top eight are as follows:

Who is the Favourite to Finish Next Year as the Number One Ranked Player?

The player respondents think who is most likely to finish 2020 as world number one is Novak Djokovic with 42.1% of all respondents putting the Serb as their top pick.

Only eight different players were selected as potential candidates for the top spot, and they are as follows:

Which Players Are Picked Most Often To Finish Somewhere Within The Top 8? 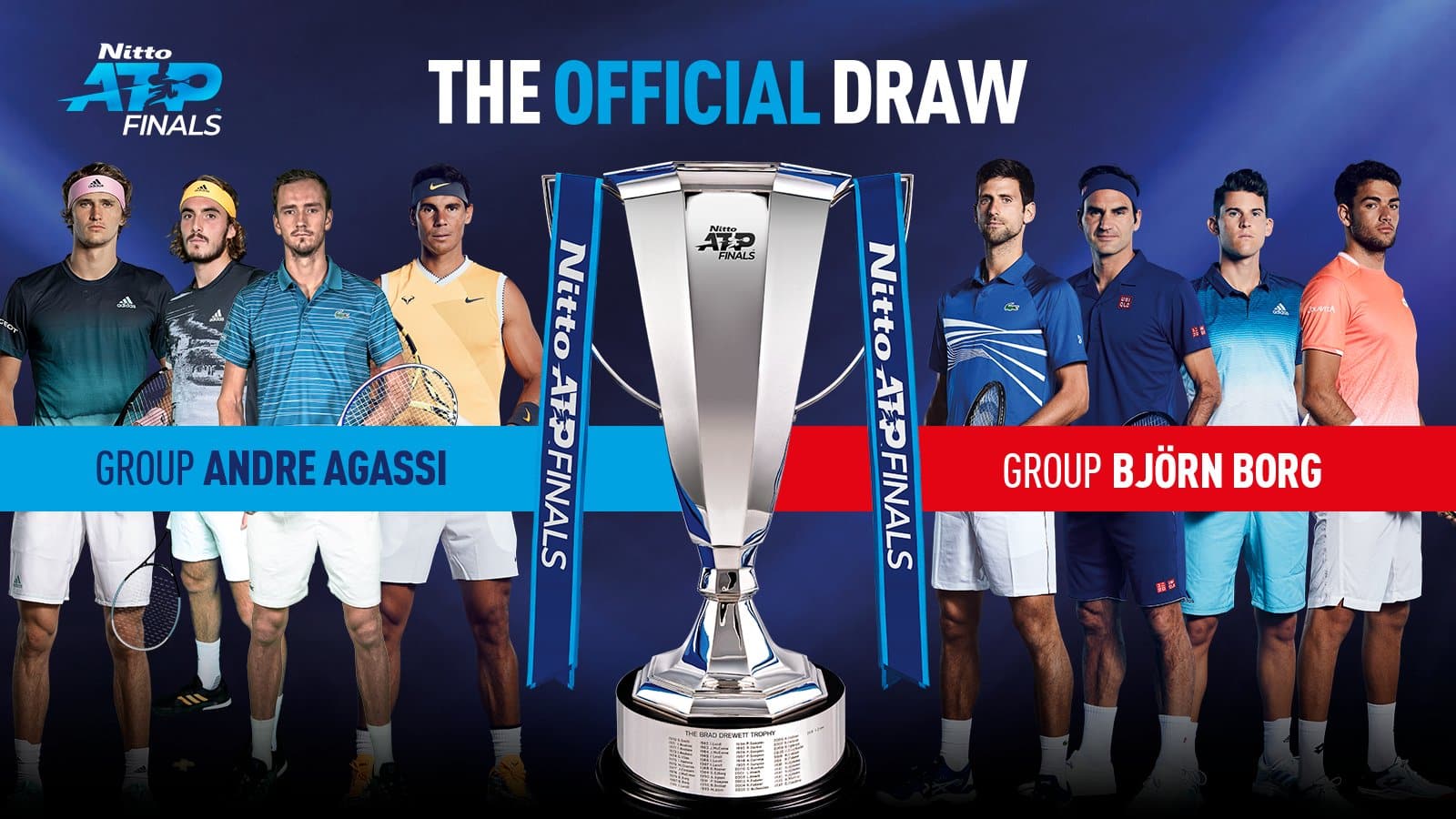 Like the number one spot, Djokovic also tops this list as he features in 96.7% of all respondents picks. Federer is joint top with 294 votes.

That means just ten fans of the 304 picks I used when compiling this post didn't have either Novak or Roger as part of their picks. Nadal is showing at 93% but I put that down to Fed-fan bias as he's just as likely as those two, if not more than Federer to finish in the top eight.

With 42.1% of respondents putting Djokovic as the number one, what about the other positions? Well, Djokovic is also joint top here with Rafael Nadal as 32.2% placed the Serb and the Spaniard as the Year-End #2.

Respondents believe that Dominic Thiem is most likely to break the Big Three stranglehold with 20.4% picking the Austrian to end the season ranked third in the world.

Which Players Were Picked The Least?

The players in the list below were only picked twice amongst 304 responses (some are technically only picked once as I think Verdasco is probably the same person entering twice 🙂 ), will any of them come good? I don't think it's unrealistic for Coric to have a good season if he's able to stay injury-free. The rest, unlikely 😆

Based on the results, it doesn't look like fans expect for the Big 3 stranglehold to end just yet, but what do you think of the results? Any surprises? Let me know in the comments.