With the offseason in full swing and Roger having just completed his 20th year as a pro, I thought I'd take a look at where some of the players are now that were part of Federer's generation.

The Swiss came onto the scene in 1998 having won Junior Wimbledon the same year and I've picked out who I believe to be the best and key players from this era, the qualifier being that they had to be born between 1980-1983.

At the end of the post, I've also looked at some of the generations before Roger that helped shape his career. And before I start, hat tip to Katyani for giving me the idea for this post in the live chat during the World Tour Finals.

How Do You Define a Generation?

After giving it some thought, I think it basically boils down to birth year. I'm not sure where exactly you can draw a line and say that two players are from separate generations but it's probably a 3 to 4-year window.

I chose a 4-year window because it makes the age difference small enough that you can't see how it would have a significant impact on how the vast majority of their matches are played out.

Maybe if one player was born January 1980 and the other December 1984 but those are outliers. And obviously some players breakthrough much quicker like Nadal, but he's still in the Djokovic and Murray generation even though he had success much earlier against his predecessors.

If the gap is too large, then at the start of a rivalry, the older player will typically have the advantage because the younger player is too inexperienced. Think of Rafter, Henman and Agassi's H2H with Roger. All three handled Federer easily in their early meetings, but if they played for long enough, Roger managed to bring the rivalry into his favour. The same has happened with Djokovic and Federer with Novak now leading the H2H.

Where is Federer's Generation Now?

Let's take a look at some of the top guys from Federer's generation, ordered by year of birth. 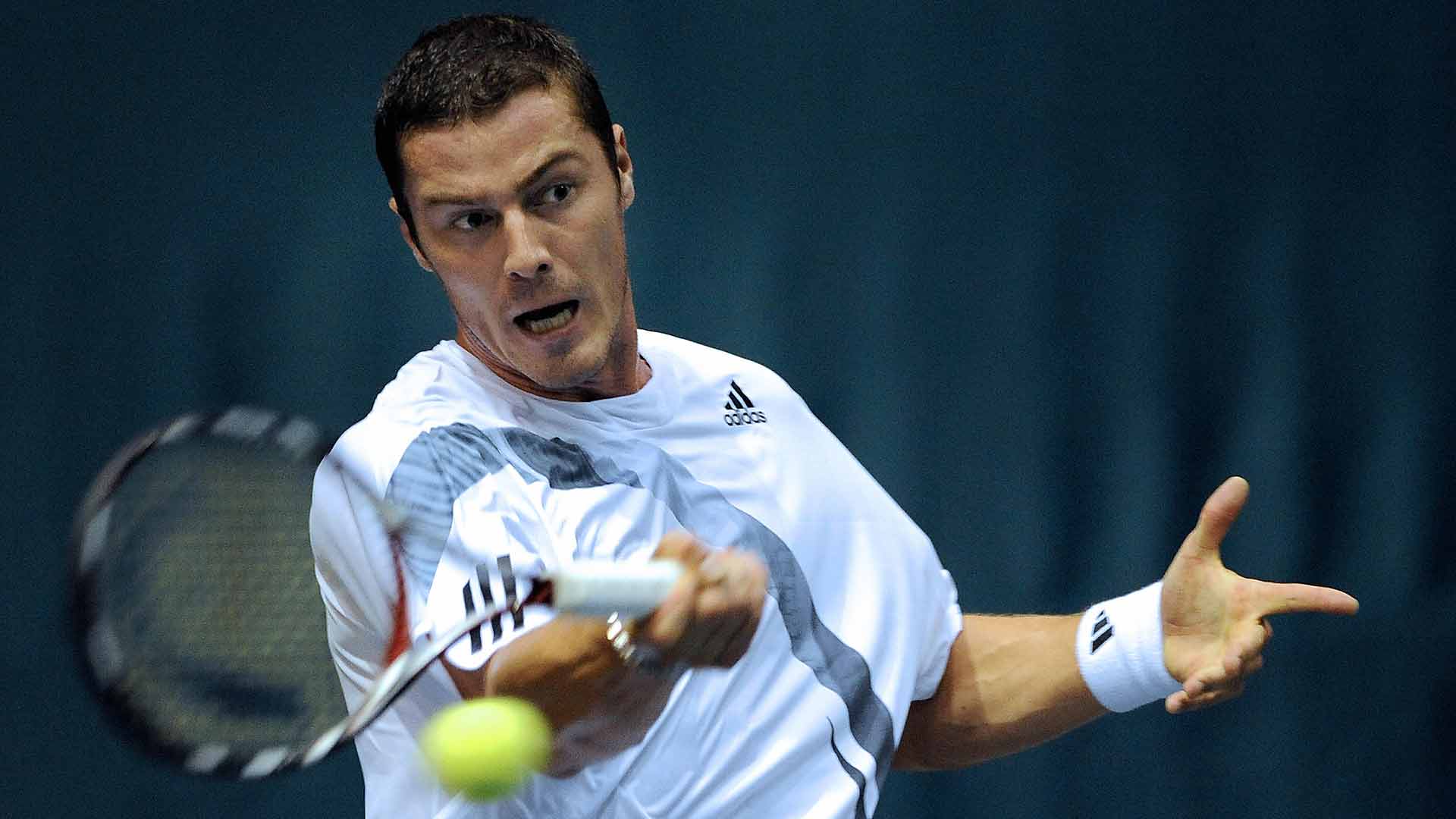 What is Marat Safin doing now?

The decision to quit politics came after he was the first Russian to be inducted into the Tennis Hall of Fame which gave him too many commitments and not enough personal life so he moved away from the political scene. 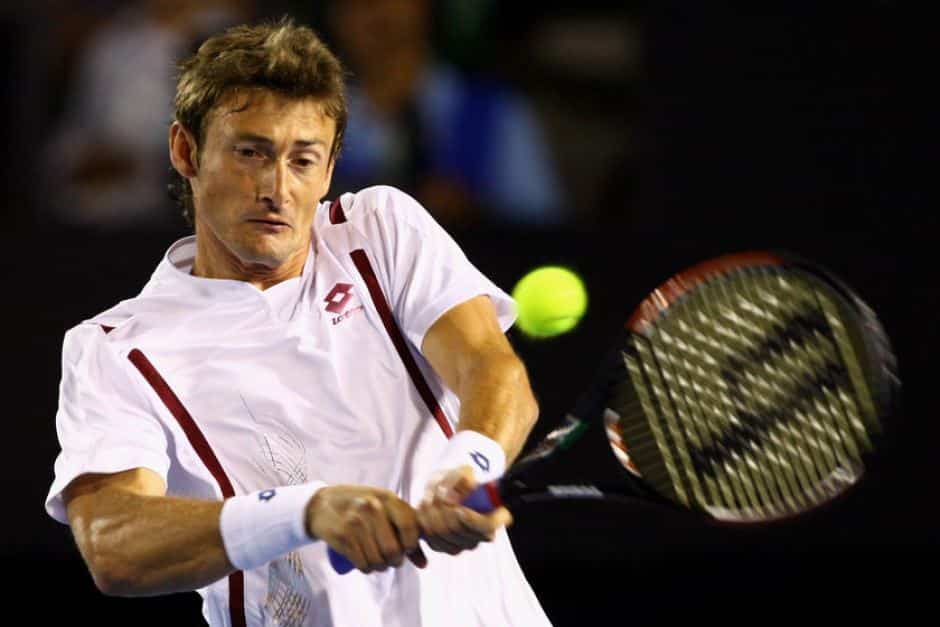 Ferrero made a brief comeback in 2017 playing doubles with Pablo Carreno Busta at the Barcelona Open. He then went onto coach Alexander Zverev but the partnership lasted just 8 months due to differences in opinion between the pair.

After retiring at the Valencia Open, he moved into business running the JCFerrero-Equelite Sports Academy, which is located in Villena and he also part-owns a hotel; the Hotel Ferrero in Valencia. 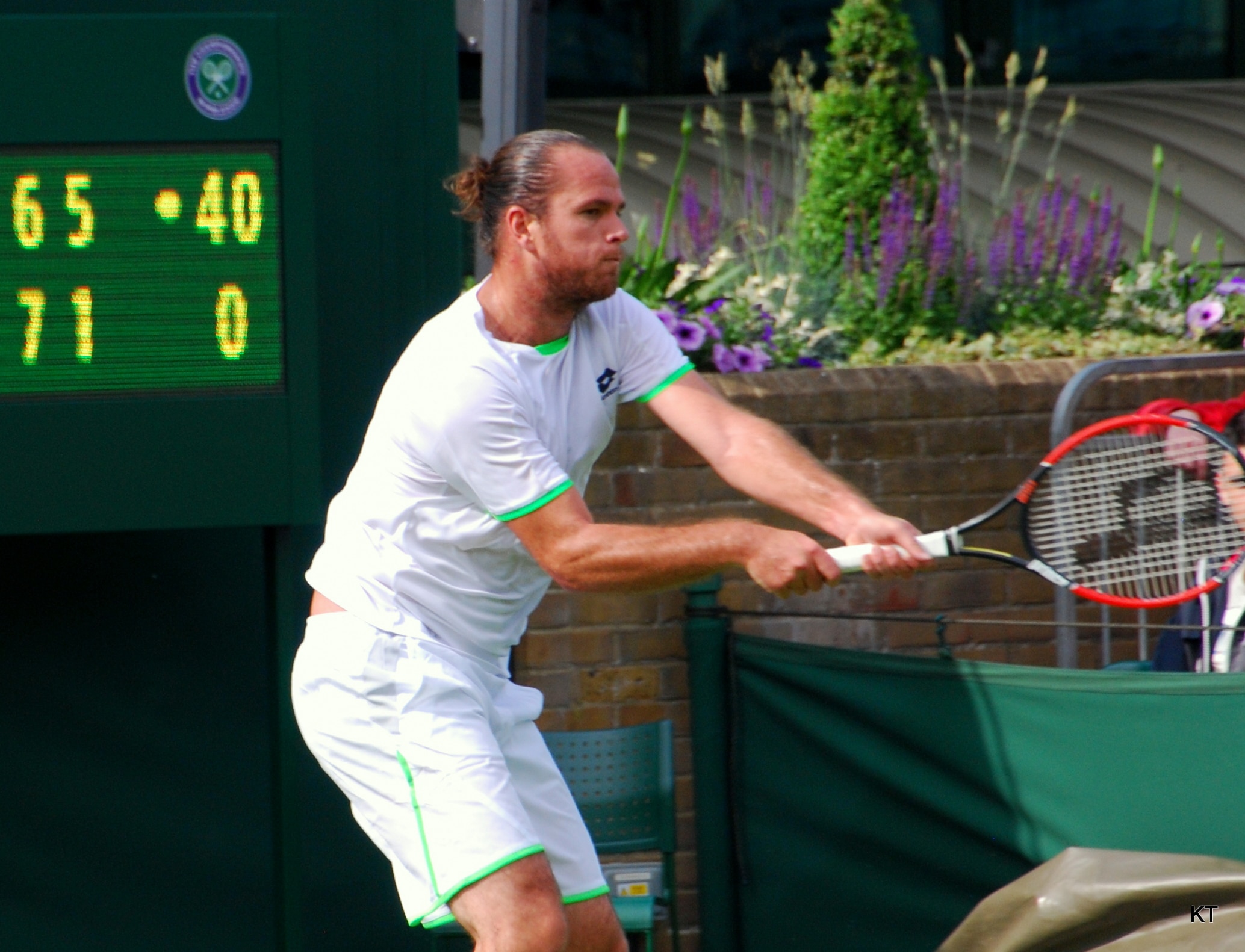 What is Xavier Malisse Doing Now?

After retiring Malisse quickly moved into a coaching role working with fellow Belgian Kimmer Coppejans. The partnership was short lived and Malisse later admitted he rushed into coaching too quickly.

Since then he's a regular face on the Champions Tour but hasn't ruled out coaching again in the future. 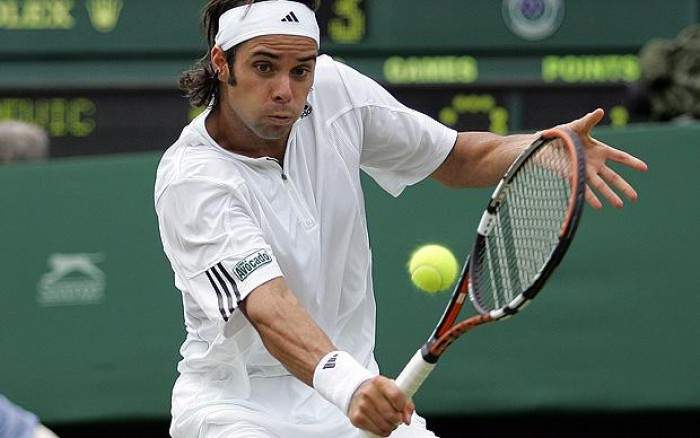 What is Fernando Gonzalez Doing Now?

Gonzalez has stayed in the world of tennis, working with Chilean Tennis Federation, coaching fellow countryman Gonzalo Lama and also playing on the Champions Tour.

Recently he's been working on a trial basis with Elias Ymer with a view to coaching the Swede in 2019. 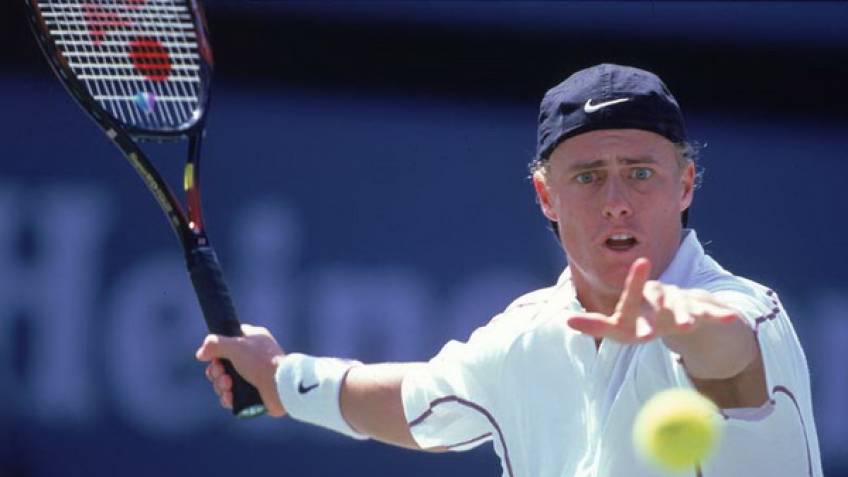 What is Lleyton Hewitt doing now?

Hewitt retired after the 2016 Australian Open but he's had various stints at coming out of retirement to play doubles.

First accepting a doubles wildcard with compatriot Sam Groth at the 2018 Australian Open and fulfilling a player captain role of the Aussie Davis Cup team. 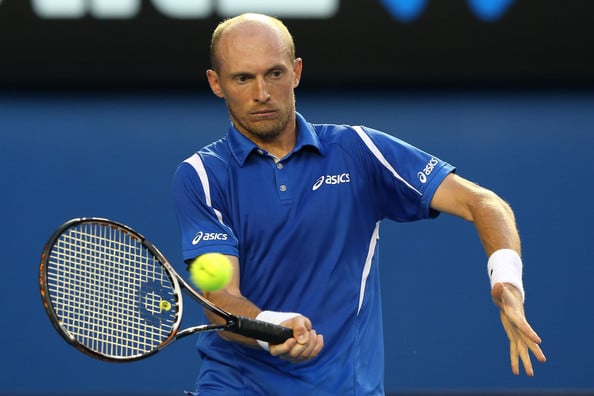 What is Nikolay Davydenko doing now?

Davydenko has chosen to live the quiet life after tennis, spending all his time around his family and 3 daughters; he rarely does any interviews and isn't coaching or commentating.

He racked up $16 million prize money so with the right investments and not splurging cash too frivolously he should be set for life. 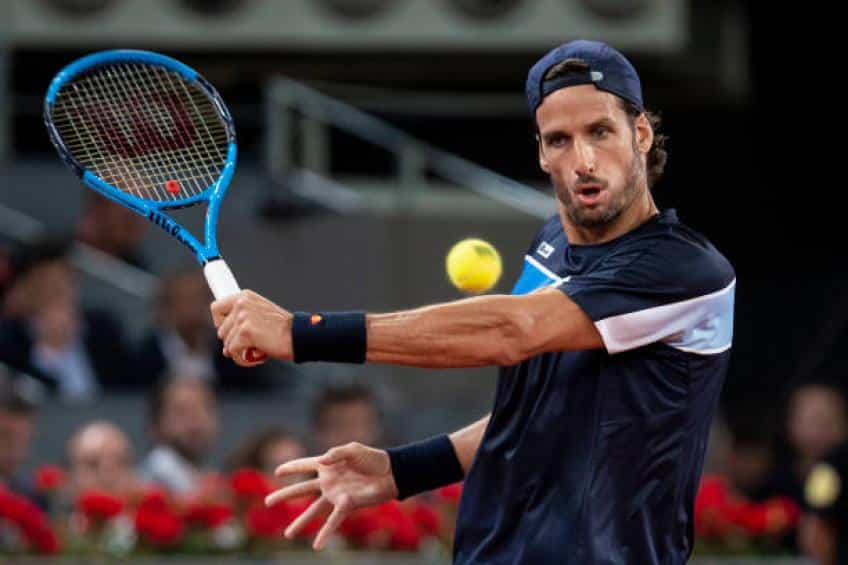 What is Felicano Lopez Doing Now? 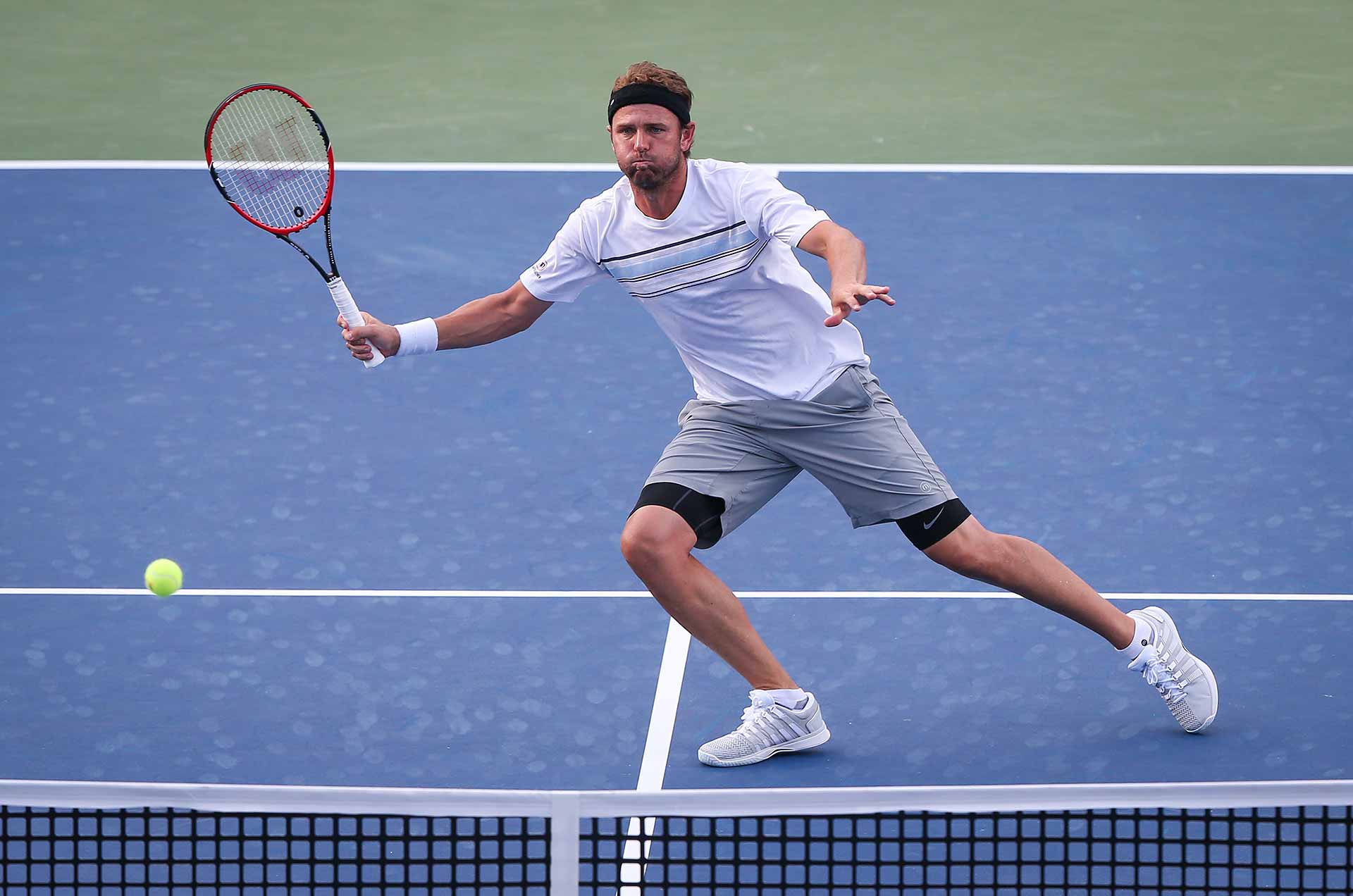 What is Mardy Fish Doing Now?

Fish was diagnosed with a  heart arrhythmia in 2012, actually before he was due to play Federer at the US Open. He had surgery, but struggled with anxiety thereafter, retiring in 2015 after the US Open.

Since then he's started the Mardy Fish Children's Foundation and is a keen golfer, whilst still keeping some ties to tennis, playing on the Invesco Series QQQ tennis circuit. 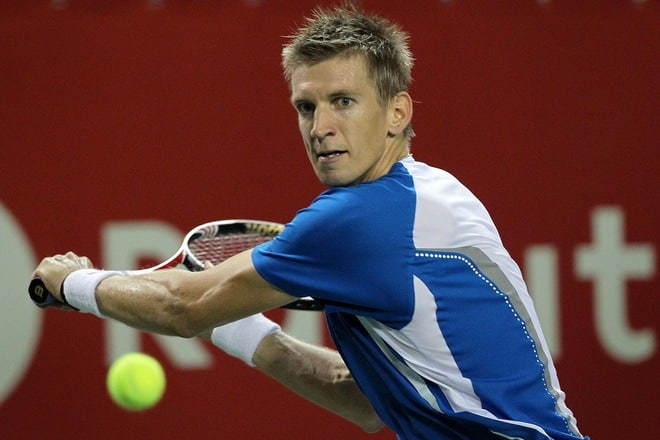 What is Jarkko Nieminen Doing Now?

Nieminen is captaining Finland’s men’s national team and is also a commentator on Finnish Eurosport during Grand Slam tournaments.

He's also turned his hand to Floorball, a sport he played until his late teens, training with top Finnish side Classic in 2016. 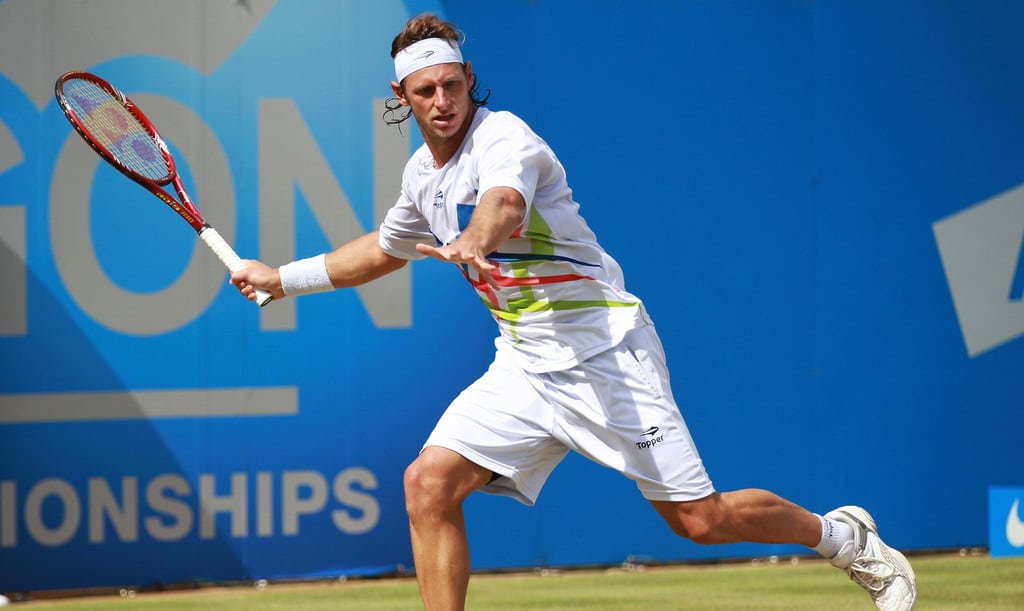 What is David Nalbandian Doing Now?

If it wasn't for a career-ending shoulder injury I reckon we'd still be seeing Nalbandian on the court now but since giving up tennis he has transitioned into a new sport; Rallying and competes in the Argentine Rally Championship.

He also does some coaching back home, working with the Top Tennis Training Youtube channel to record a backhand video course recently over in Argentina. 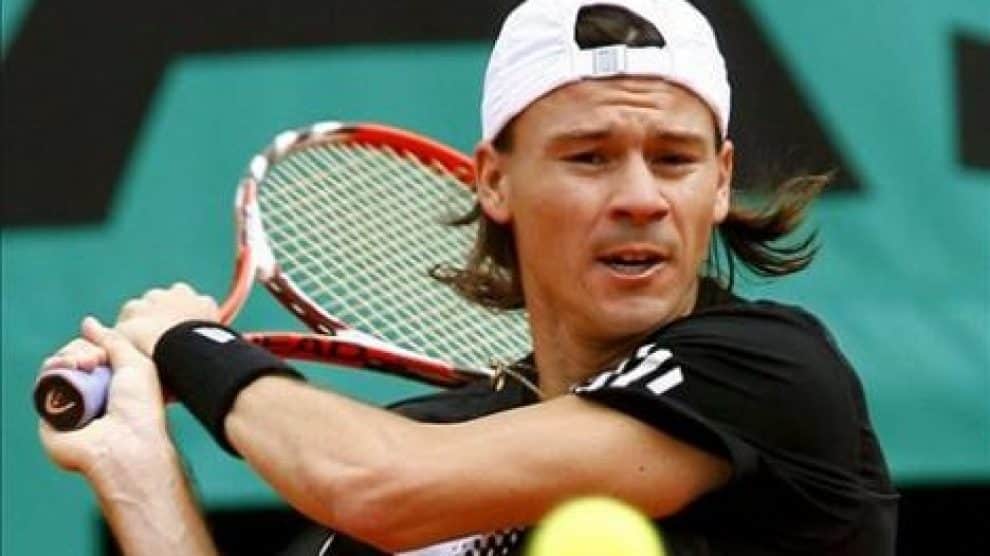 What is Guillermo Coria Doing Now?

One of the players I never liked 😀 and I was mega annoyed when he beat Henman in the French Open Semi Final. He got the yips and a ton of injuries which meant he retired at 27 and he now works in Argentina managing the Government-funded program “Our Tennis” designed to identify and develop talent among children and teens. 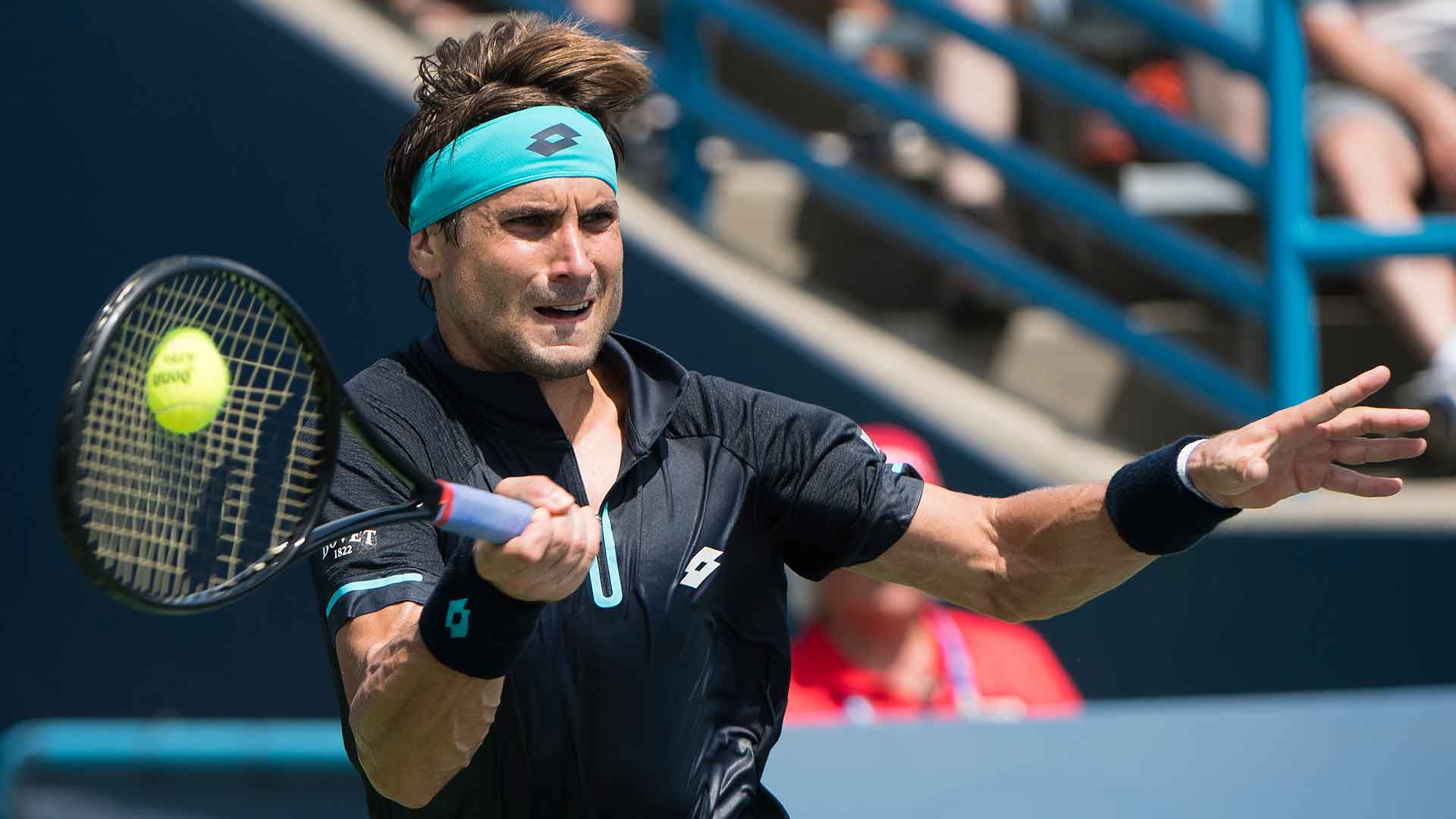 What is David Ferrer Doing Now?

Still playing but 2019 is his last year and he's earmarked 6 tournaments he wants to play during the 2019 season which are the Hopman Cup, Auckland, Buenos Aires, Acapulco, Barcelona, and Madrid.

As for life after tennis? His brother runs the Ferrer Tennis Academy so an involvement with that looks likely. 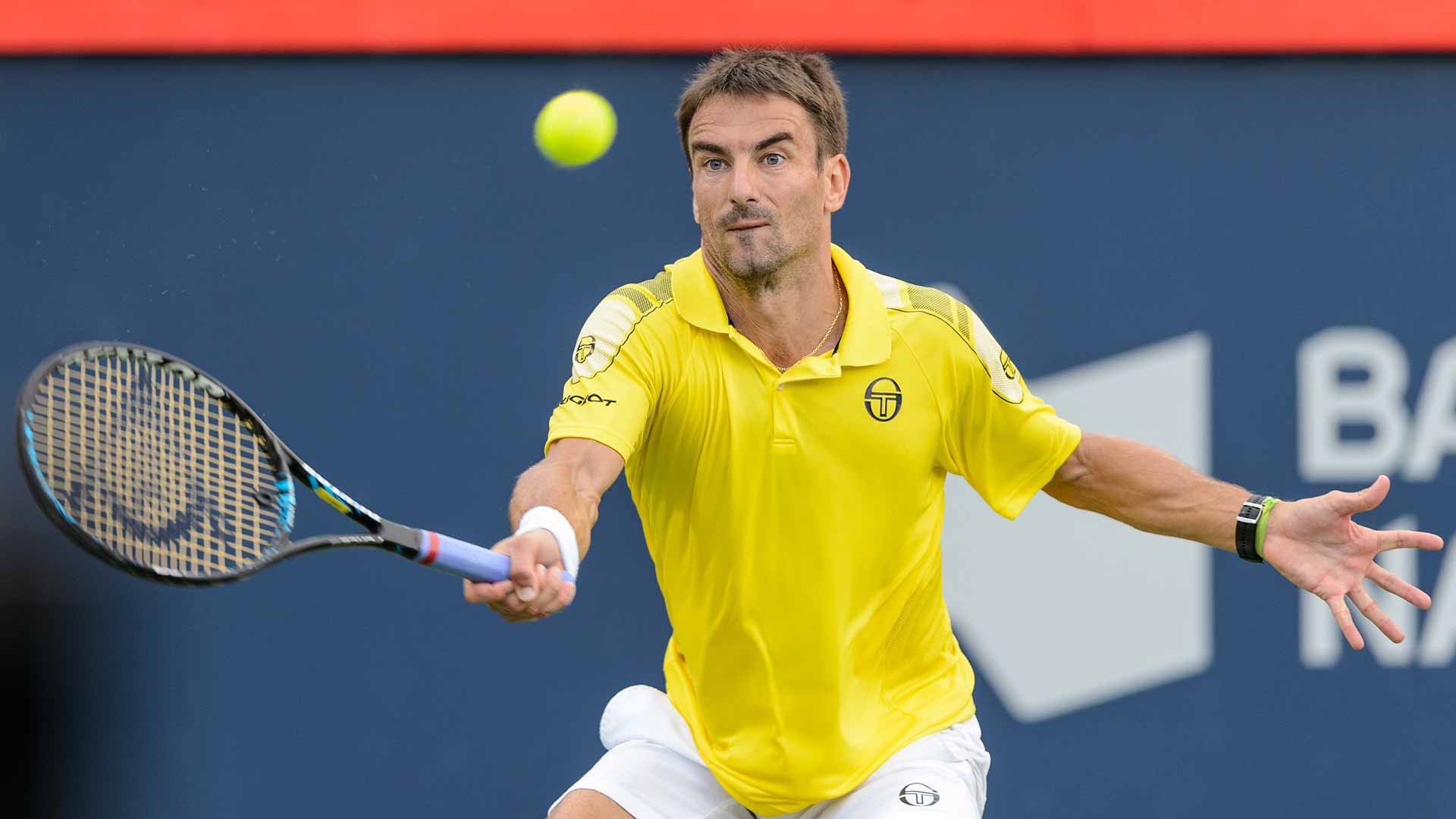 What is Tommy Robredo Doing Now?

Still playing! He's struggled with injury in recent years, having a big elbow problem in 2016 but he came through qualifying at the 2018 US Open and his goal is to get back into the Top 100.

Robredo is also heavily involved in Wheelchair Tennis running the Open Anti Silvas. The cause won him the Arthur Ashe Humanitarian award at the 2018 ATP awards ceremony.

What is Andy Roddick Doing Now?

Post-retirement Roddick has done some punditry and commentary work but he's heavily involved in buy to let property which he started in 2008. He also runs his own Andy Roddick Foundation in Austin Texas as well as angel investing in a reported 17 different businesses with his business partner Phil Myers and wife Brooklyn Decker. 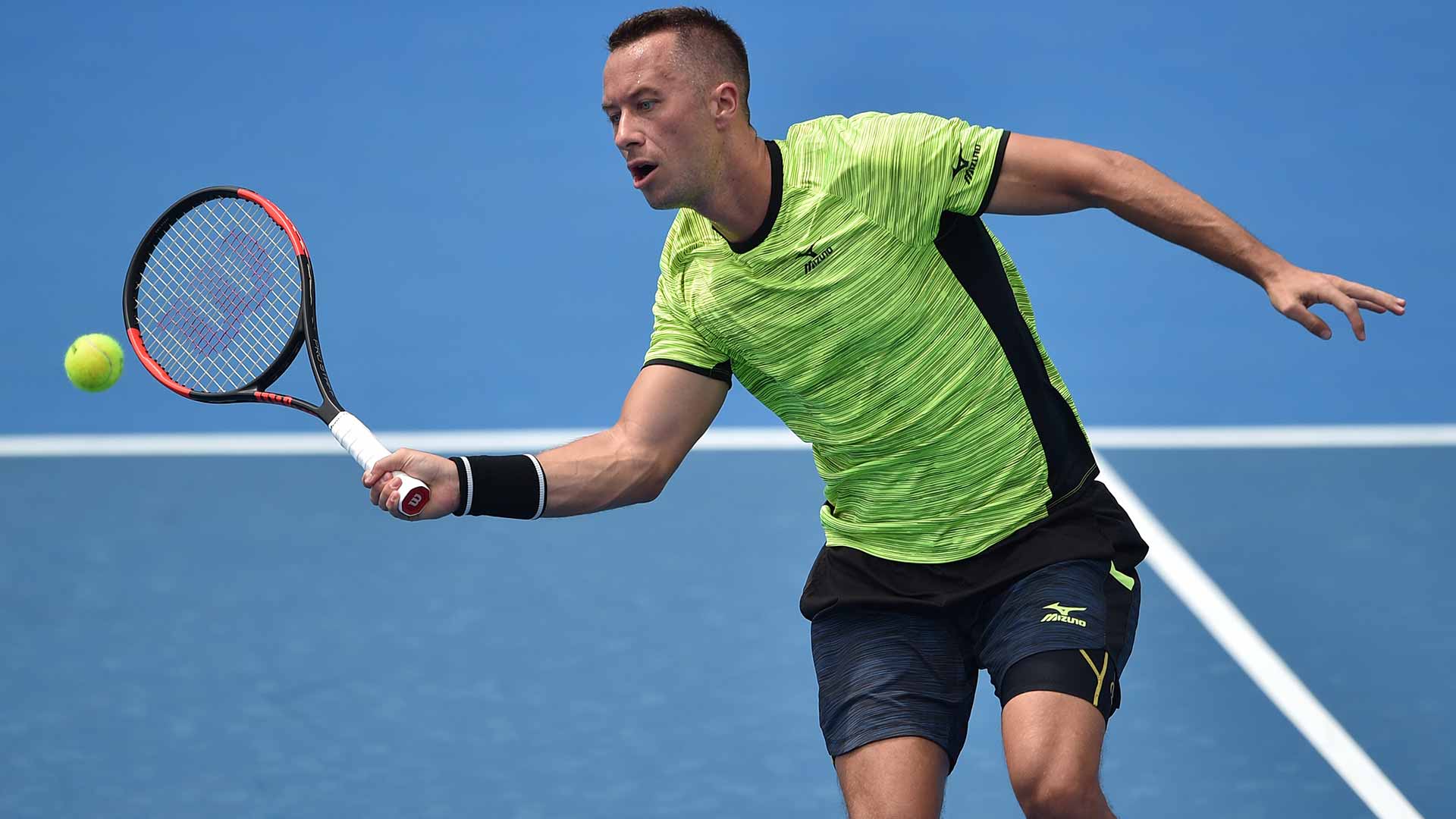 What is Philipp Kohlschreiber Doing Now? 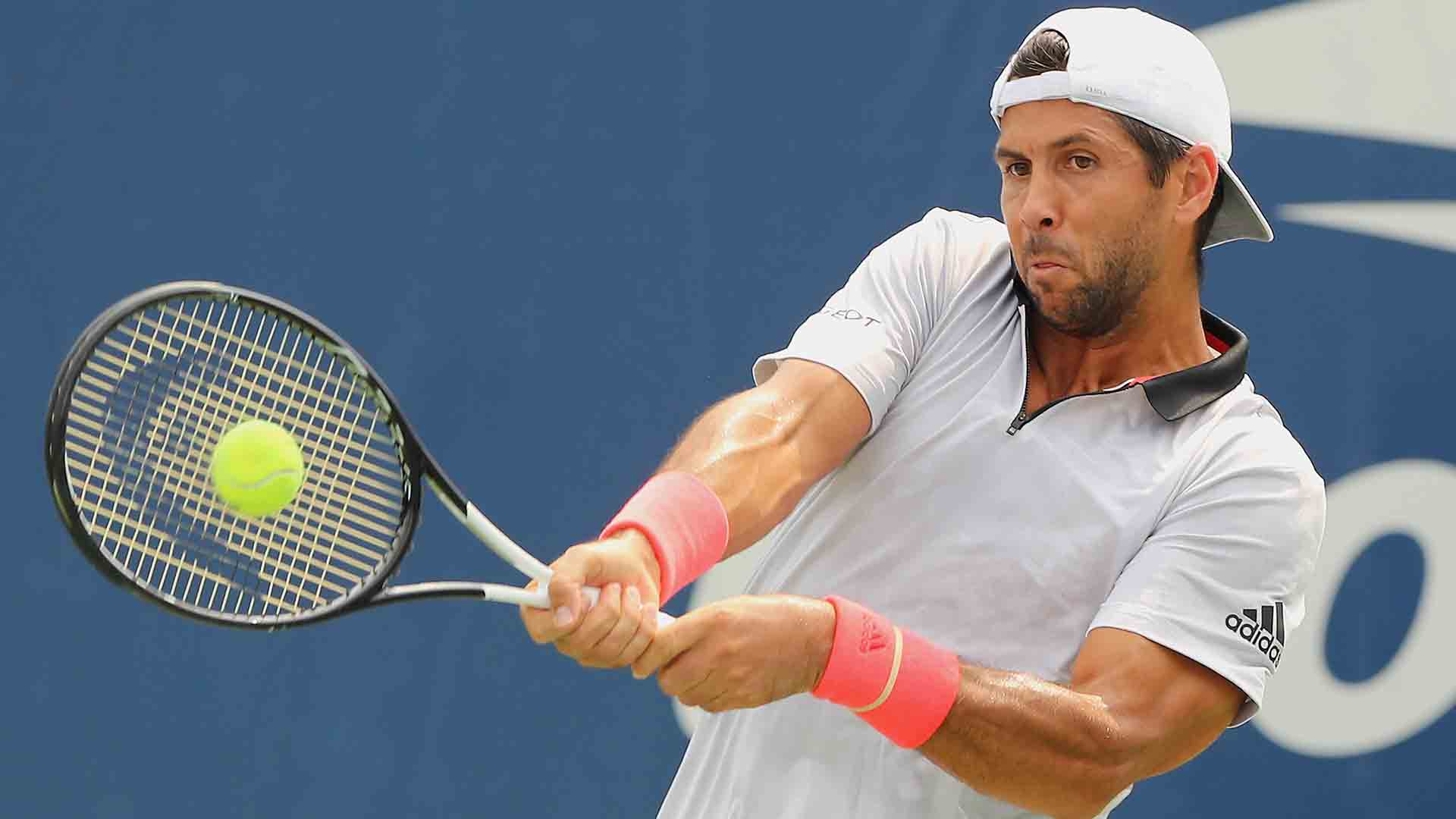 What is Fernando Verdasco Doing Now?

Still playing and still playing very well in patches beating top players which is a testament to how talented this guy is.

Question: Why do you think some players have lasted longer than others? A greater love for the sport? Genetically better at avoiding injury along with the right lifestyle? More talented which has aided longevity?

Significant Others from Earlier Generations

As well as Roger's contemporaries, I thought I'd take a look at some other players I think had an impact on Federer's career. 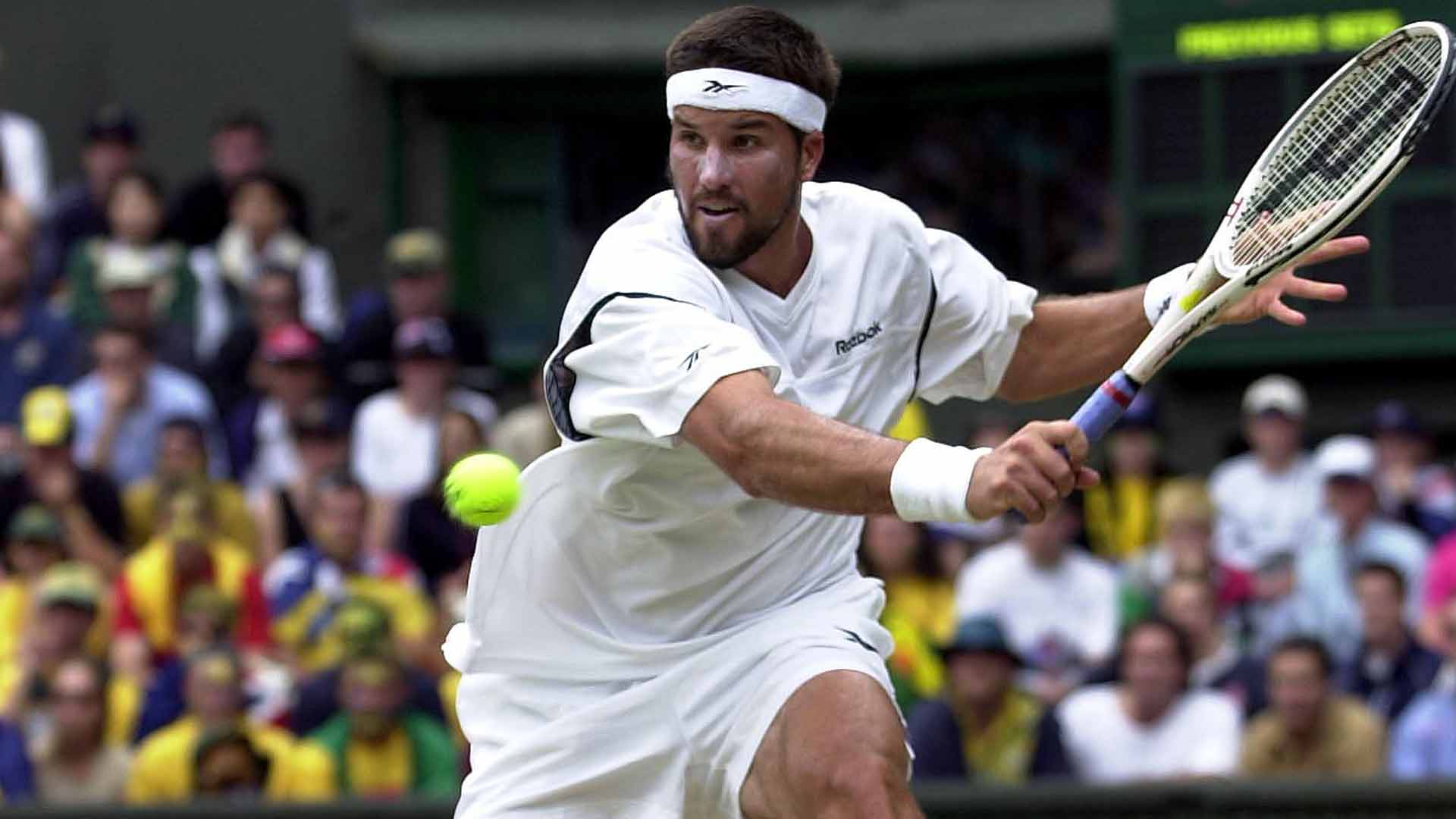 Why is he significant? He's the only player to have played Roger at least three times and not lost to him! Federer also played him at the French Open, a match which gave an early glimpse of the sort of tennis he was capable of producing.

What is Pat Rafter doing now?

Rafter was the Davis Cup Captain until from 2010 to 2015,  made a comeback to partner Lleyton Hewitt in the doubles draw of the 2014 Australian Open and has also played on the ATP Champions Tour.

He's also heavily involved in property development and is rumoured to have made far more from real estate than prize money earned during his tennis career. 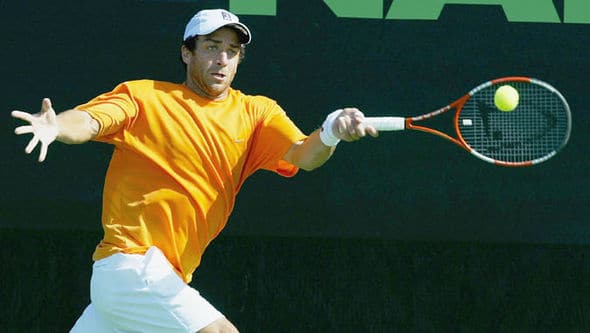 Why is he significant? The match in Hamburg is a key one in Roger's career as it caused a change in his on-court behaviour and attitude from petulant racquet smasher to a more calm and composed character.

What is Franco Squillari Doing Now?

Squillari is Director of Development of the Argentine Tennis Association 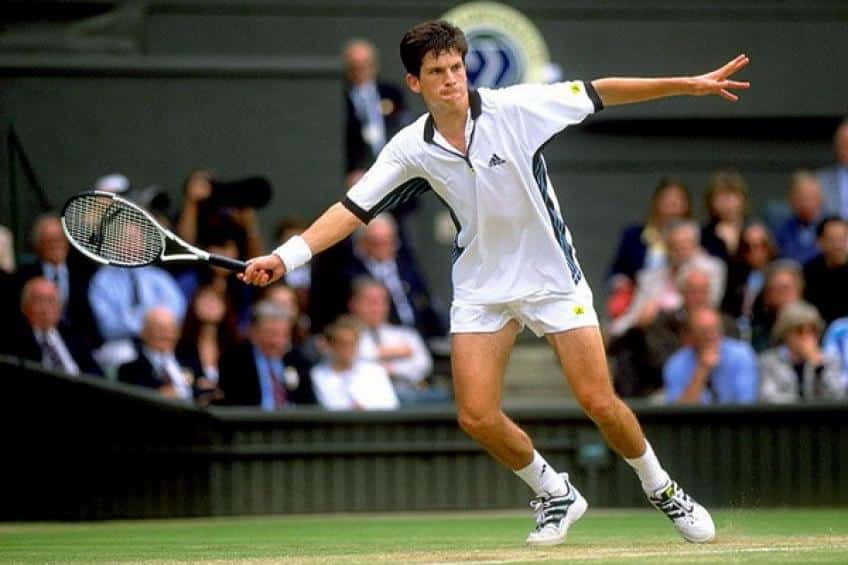 Why is he significant? He effectively won their first 6 meetings and really had the beating of Federer during the early parts of his career. A prime example of a player in his prime dispatching the younger guy but the mantle changing once Federer gained experience on tour.

What is Tim Henman Doing Now?

BBC Commentary, TV punditry, radio punditry, playing on the Champions Tour and a lot of Golf.

Why is he significant? Roger pulled off some very big wins against Agassi which gave him a lot of belief in his game that he could beat the very best from the baseline.

What is Andre Agassi Doing Now?

Since retiring after the 2006 US Open Agassi has been heavily involved in charity work, using tennis to participate in a series of money-raising tournaments. He also had a brief stint coaching Djokovic in 2017 but the partnership lasted under a year.

As always interested to hear what you guys think. How do you define a generation? Have I missed any significant players in this post? Let me know in the comments.