Roger Federer is through to his 16th semi-final at the ATP Finals after taking down Novak Djokovic 6-4, 6-3 in their do or die encounter in the final round-robin match of Group Bjorn Borg.

The Swiss had put in two average performances earlier in the week, but he produced a near-flawless level under pressure to win through in 1 hour and 13 minutes, finishing second in the group behind the flying Dominic Thiem.

Federer will know his opponent once Group Andre Agassi is completed tomorrow with Tsitsipas or Zverev the two likeliest to top the group. 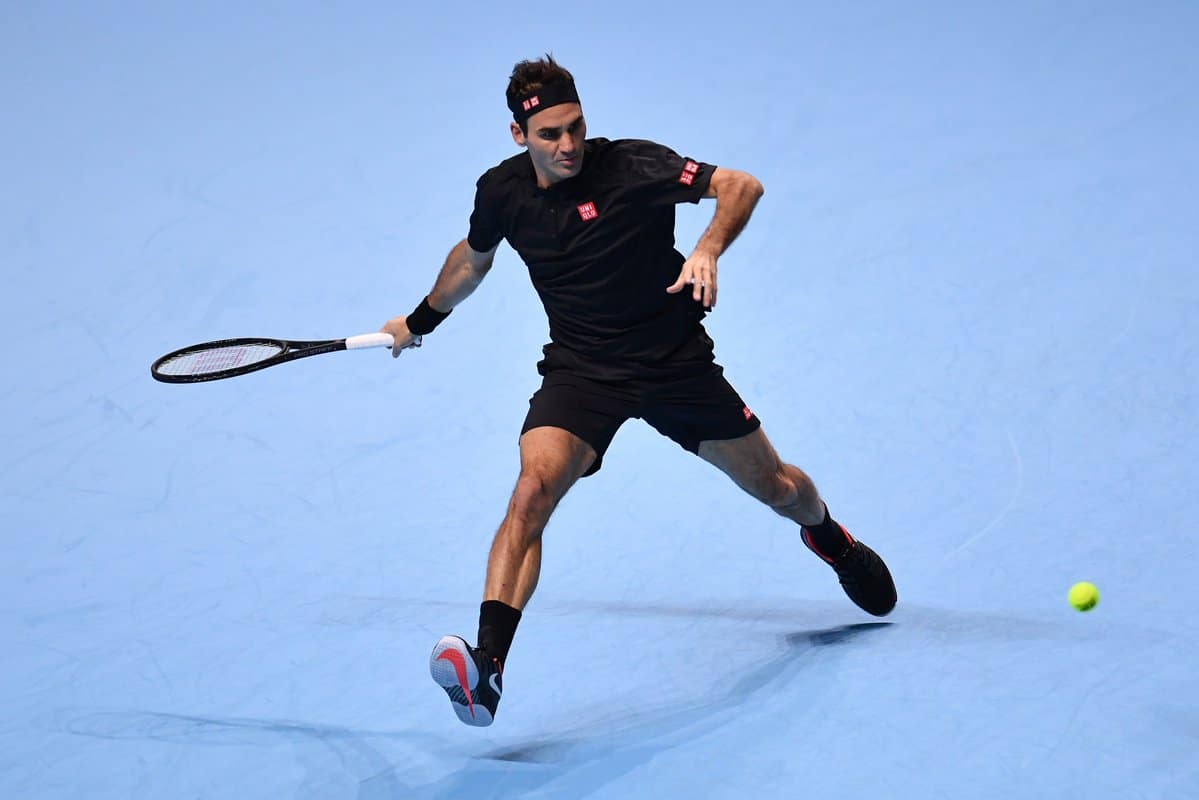 Federer won the toss and elected to receive. Djokovic started with two solid points and an ace en route to 40-15, but a double fault got Federer into the game. The Swiss then fashioned a breakpoint with some nice mix up on the slice followed up with some smart forehands. However, Djokovic saved it impressively before holding for 1-0.

Roger was quickly level with a rock-solid service game before back to back double faults got Djokovic off to a nervy start in game three.

Federer then created three break points with a rifled backhand, and he converted immediately, soaking up some of Djokovic's heavy groundstrokes before again drilling a backhand that the Serb couldn't handle.

A hold to thirty consolidated the break for 3-1, aided by a much needed big serve out wide at 15-30.

Djokovic then held for 2-3, coming out on top of a cat and mouse point at 40-30 but Federer fired down a love hold to maintain his advantage, landing a second-serve ace on game point for 4-2.

The Swiss was able to fashion thirty-all in game seven thanks to a bullet inside-in forehand, and only a pinpoint Djokovic passing shot off a chip, and charge return prevented him holding a breakpoint chance.

Djokovic went onto hold, but two aces gave Roger another swift service game as he moved into a 5-3 lead.

A 0-30 window in game nine hinted Federer might break again to seal the set, but he let Djokovic off the hook with a poor drop shot at 15-30 and the Serb held for 4-5.

However, Roger was not perturbed, firing down a love hold with two aces to take the opener 6-4. The Swiss had hit twelve winners to just one unforced error and landed 83% of first serves to record his cleanest set of the week so far.

Into set two and Roger continued his charge creating 15-40 in the opening game, but an over-eager forehand followed by an undercooked forehand approach allowed Djokovic to make deuce before escaping to lead 1-0.

Djokovic was then able to show off his wheels and produce some quality returns to force Federer to deuce in his opening service game, but Roger didn't back down and held for 1-1.

A hold to thirty put Djokovic up 2-1, and the Serb was showing signs of working his way into the match, fashioning a breakpoint in game four. Federer saved it with two huge forehands that spread the court to set up an easy put-away, and two big serves helped secure 2-2.

An early forehand strike and a good return then put Roger up 0-40 in game five, and although Djokovic saved the first with an excellent forehand, the Swiss converted the second with a well-struck cross-court forehand that Djokovic was late on.

Federer consolidated the break for 4-2 and then fired down a love hold for 5-3 to put himself within touching distance of the semi-finals. There were to be no hiccups as Djokovic couldn't summon another hold as Federer broke to take it 6-3. 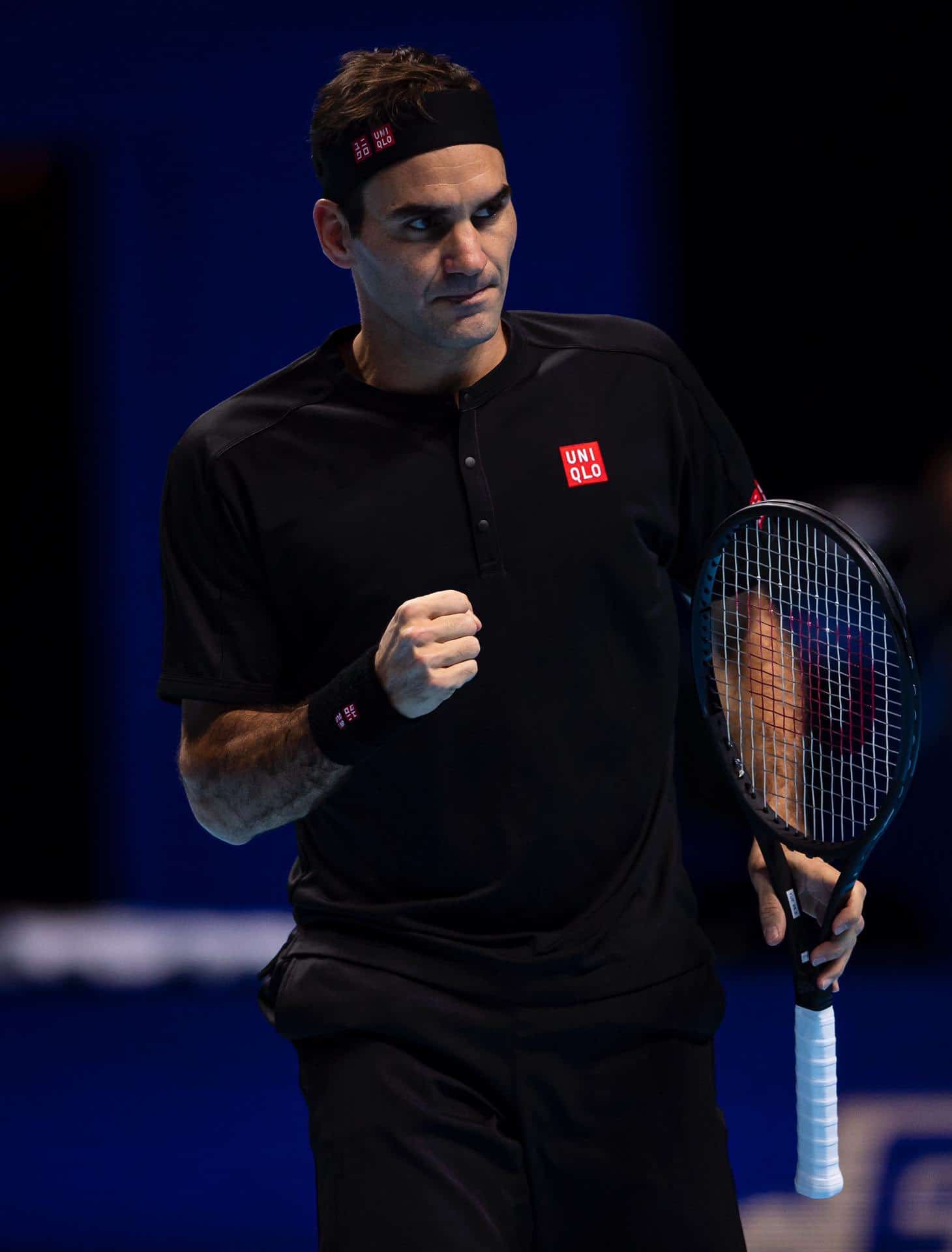 Great atmosphere, a great opponent here in London at The O2, definitely incredibly special. Just a night I enjoyed it from the beginning. I played incredible, and I knew I had to because that’s what Novak does and I was able to produce. So it was definitely magical. Federer speaking on court after his win over Djokovic

Great win, great atmosphere and easily Federer's best performance of the week so far 🙂 I didn't have too many expectations heading in given Roger's fairly average matches against Thiem and Berrettini, but he was saving his best for when it mattered, and he produced just what the Doctor ordered.

There's never any secrets between the two tactically, but I thought Roger executed his game peRFectly. Top class serving, averaging 123mph which is a big jump to his usual. Fearless on his groundstrokes with 23 winners to just five errors. Plus hyper-aggressive/taking it early, winning 48 points under five shots which was 45% of all the points played.

In that mood, Federer is tough to live with, and with Djokovic solid but not at his best then there was only one winner on the night.

I tried so hard and came so incredibly close against Novak the last couple years…Wimbledon was obviously epic. Paris Bercy last year, I lost 7-6 in the third that was epic. We've had so many cool matches in the past so it's nice to get one, especially with so much riding on this match. I’m sure Rafa was watching too and from that standpoint, it was a magical night for me here at the O2. Federer speaking with Brad Gilbert post match

Next up is Stefanos Tsitsipas who topped Group Andre Agassi after Zverev beat Medvedev which knocked out Nadal.

The world number six is coming into the last four with a loss in his final round-robin match, going down in three tight sets to Nadal on Friday afternoon.

That match lasted almost 3 hours so it was fairly physical and it's uncharted territory for the Greek to lose a match and still be in the tournament the next day, with his only previous year-end experience being the Next Gen Finals where he went through the event unbeaten. Maybe that has some psychological impact but who knows.

Anyway, Federer has the blueprint to beat him. Play like Basel 🙂 let's see if he can produce that level.

What did you guys think of the win over Novak? Let me know in the comments.