Dominic Thiem is off to an ideal start at ATP Finals, winning his first-ever opening match in four attempts as he defeated Roger Federer 7-5 7-5 in Sunday's night session.

The Austrian had won both matches against Federer this season, and he proved more than a match for the five-time champion indoors. Producing solid tennis throughout and coming out on top in the crunch moments of both sets to win through in 1 hour and 40 minutes.

The loss means the Swiss is now fighting an uphill battle to make the semi-finals and he will need to win his remaining two round-robin matches to make the last four. His next match is against Matteo Berrettini on Tuesday at 2 pm. 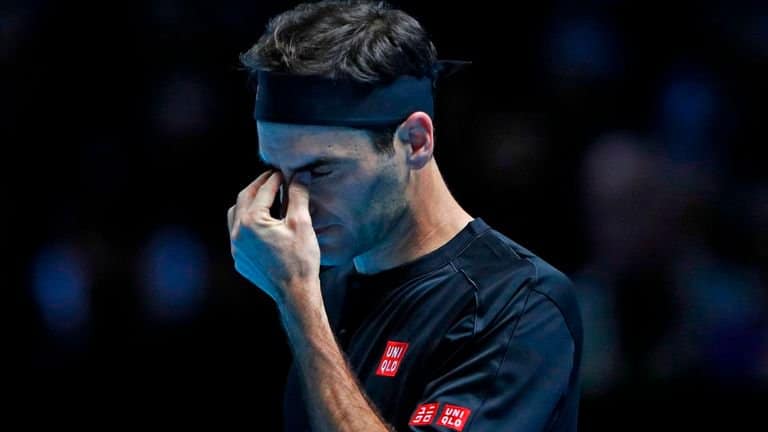 Federer won the toss and elected to serve, but it was the Austrian got off to the perfect start, creating 0-40 with some aggressive returns. Thiem then converted at the third attempt when Federer went wide with a forehand.

A hold to thirty consolidated the break and Thiem was looking sharp early doors before a hold to love got Federer on the board at 1-2.

Into game four and the Swiss was able to make some inroads with the block return, and despite Thiem holding a game point, he broke back to level at 2-2.

A hold to fifteen saw Federer move up 3-2 to get quickly back on track, but Thiem was immediately level, steadying the ship for 3-3.

Another love hold put Federer up 4-3, but inroads on the return were hard to come by with Thiem levelling to make it 4-4.

A sharp return onto Federer's toes gave Thiem 0-30 in game eleven. Although Federer made 30-30, a completely mistimed forehand gave the Austrian breakpoint, and he converted when Federer shanked a backhand long.

The Swiss made thirty all on the return game but a big forehand gave Thiem set point which he took to take the opener 7-5.

Into set two and a comfortable hold to fifteen put Federer on the board.

0-15 could then have been 0-30, but Roger sent the 2nd serve return long. Another missed second serve return at thirty all helped Thiem level at 1-1.

A timely ace at 15-30 after three crazy points helped Roger avoid breakpoints in game three and he won the next two points to lead 2-1.

Buoyed from the significant hold, Roger was able to fashion 30-40 thanks to a slick backhand down the line winner. However, Thiem was up to the task, coming up with a brilliant forehand on the run when it looked as though Federer had the point sewn up. The Austrian went on to hold for 2-2.

An exchange of holds then ticked the scoreboard over to 3-3. Another comfortable hold for Federer looked imminent at 40-0, but he was pegged back to deuce, hitting a Djoko smash in the process.

Despite the loss of focus, Federer went onto hold for 4-3, but couldn't find a way through the Austrian from the baseline as Thiem held to thirty for 4-4.

A similar story presented itself in game nine, with Federer forced to deuce from 40-15. However, Thiem went long on the return to miss the opportunity and Federer held to take a 5-4 lead.

Having shown signs of tension on the deuce point in game nine, Thiem showed little of it on serve, holding to fifteen with more impressive serving for 5-5.

Thiem has been able to make his move at five-all in the first set, and he did the same in set two, making some deep returns that Federer couldn't handle and the Swiss was broken to love.

Serving it out was always going to be tricky, and while Roger was able to fashion two break point chances, Thiem was nerveless on the big points, saving both to seal it 7-5. 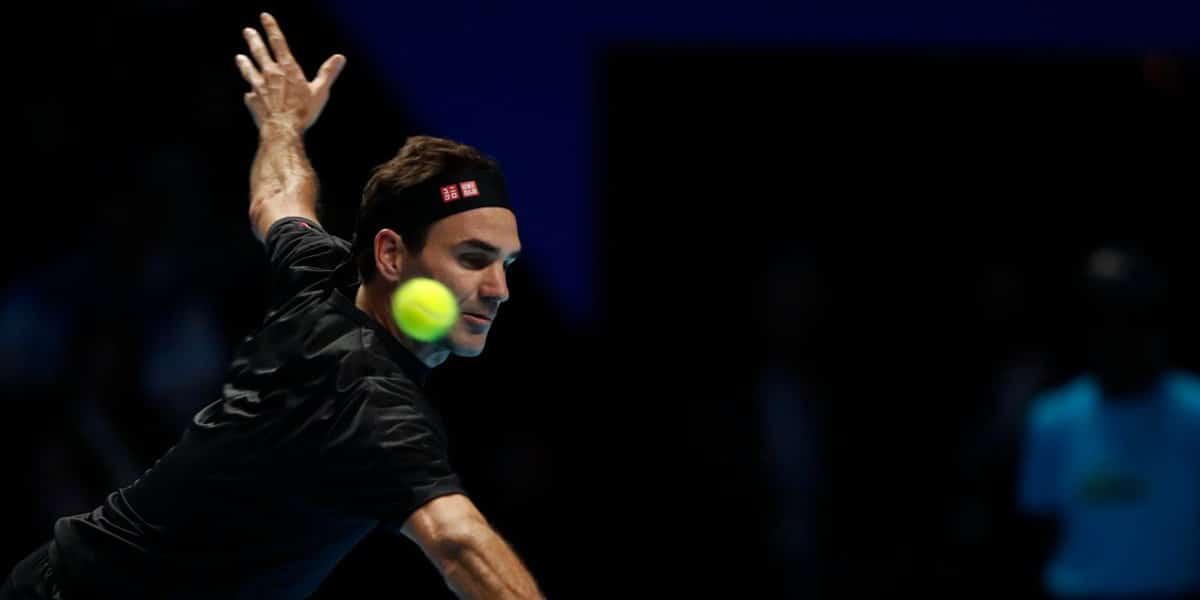 I thought he played well. I mean, the start definitely didn't help. That put me on the back foot a little bit. But I recovered well, and I thought after that the match was actually pretty even for a long period of time. I had my chances, I felt. I didn't feel like I was outplayed or anything. Just maybe that first-round hiccups a little bit, not hitting your spots on the serve when you need to, getting into trouble early in the service games which maybe doesn't happen later on in the tournament. I thought also Dominic saved himself real well when he had to, so I thought he played a tough first-round performance today, and my game was probably just not good enough, and the start didn't help. Federer on his loss to Thiem

A close encounter this one and if you look at the stats there is very little to separate both players. The difference was Thiem was rock solid from the baseline and came out on top of all the big points. Nerveless on serve to save three of four breakpoints, and his whole game was that bit more dependable.

I also think the Austrian did a better job on the second serve return to get the ball at Federer's feet which put him on top of the point from that first strike. That ability to apply more pressure was the reason he got the critical breaks at five all in both sets.

The loss is now the second straight year Roger has lost his opening match in straight sets, but I don't think he played poorly. The Swiss looked a little less explosive than he would have liked and some sloppy footwork cost him pace and precision on his groundstrokes. Both those things are needed to take charge of the points against Thiem who hits big and moves tremendously, but they weren't in his repertoire tonight for whatever reason 🙁 .

Next up is Matteo Berrettini as loser plays loser at the ATP Finals. The Italian was taken apart by Djokovic in Sunday's day session, and so like Roger is playing to stay in the tournament when they meet on Tuesday.

The two have played once before, with Roger producing a complete demolition at Wimbledon and you'd have to make him the favourite here too.

I would like to see him come out a bit more explosive than he did tonight, but he should be able to outmanoeuvre the Italian from the baseline to get him some awkward spots. Fed in straight sets.

What did you guys think of the match against Thiem? Predictions against Berrettini? Let me know in the comments.