Dominic Thiem is the Indian Wells Champion for 2019 after producing a powerful display to defeat Roger Federer and claim the biggest title of his career.

The Austrian who'd made no secret of the fact he was loving the conditions at the Tennis Gardens came from a set down to eventually triumph 3-6, 6-3, 7-5 in just over two hours and deny Roger his sixth BNP Paribas Open title. 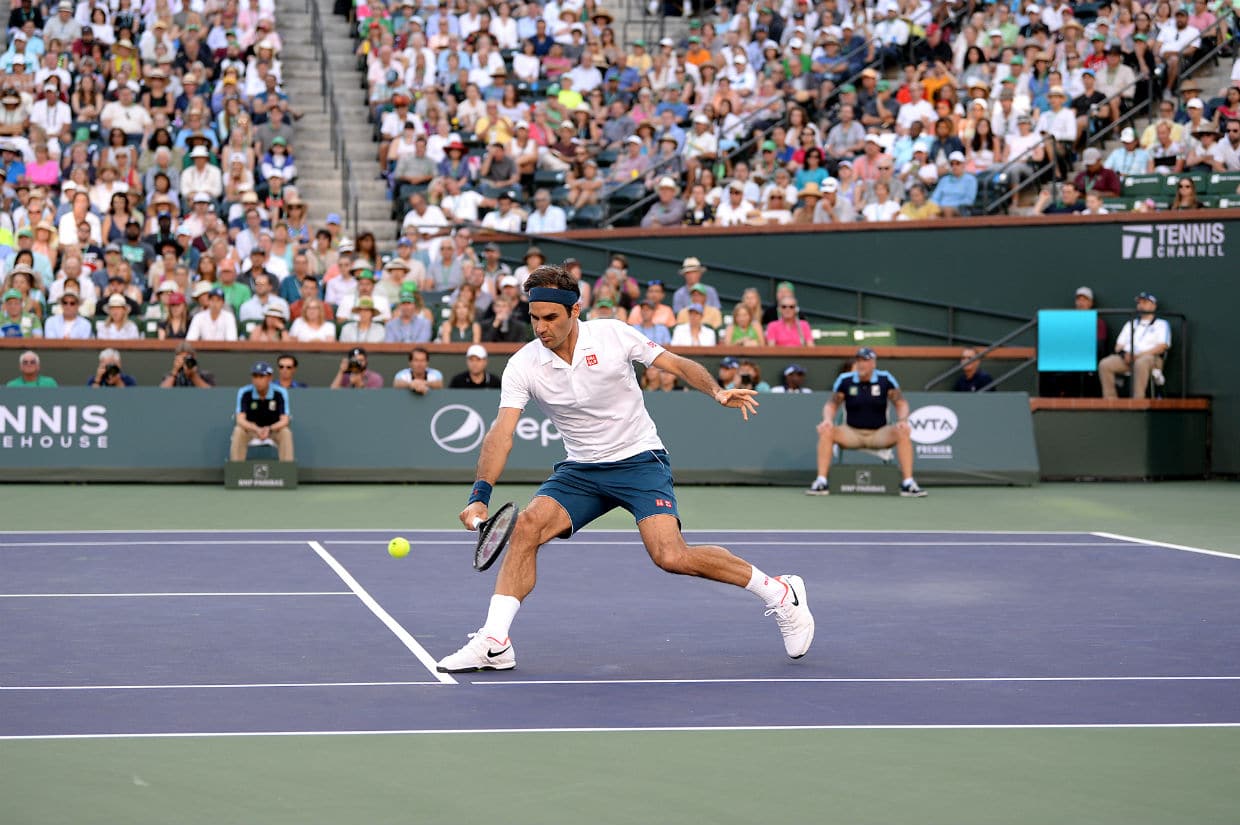 Federer won the toss and elected to serve. A hold to thirty got him on the board and he was soon up a break. Swiftly moving up 0-40 courtesy of the drop shot before finally breaking on his fourth break point after Thiem had made deuce.

A hold to fifteen consolidated the break before Thiem made it 1-3 thanks to a love hold.

The Swiss then held to 30 but Thiem was beginning to find his straps with another love hold for 2-4.

Roger then found himself down 15-40 and although he saved the first Thiem broke back with some solid baseline hitting.

With momentum seemingly on Thiem's side, Roger needed to regroup quickly and he made a move instantly, moving up 15-40 and although Thiem again made deuce a superb pickup in the forecourt set up another break point which he converted for 5-3.

He then served out the set to 30, firing down a timely 126mph ace at fifteen all to take the set, winning 8 out 8 at the net and managing to keep Thiem at arm's length.

Into set two and the Austrian was under immediate pressure in game one as Roger pegged him to 30-30.

A love hold from the five-time champion meant the pressure was instantly back on and the Swiss soon had a breakpoint at 30-40 with some crisp hitting. Thiem saved it and saved a second en route to a big hold for 2-1.

Those missed chances rattled Roger who then played a poor game with two risky serve and volleys behind mediocre second serves. Thiem picked him off to break for 3-1.

A love hold put the Austrian up 4-1 and he was able to maintain his advantage to take the set 6-3.

With Roger never having won a deciding set in an Indian Wells final the history books were against him as the pair traded back to back holds for 2-2 a piece in the third.

The set was relatively uneventful until game seven where Roger fashioned 0-30 but then missed a very makeable forehand would have given him three break points.

A breakpoint did come his way at 30-40 but he missed the pass and Thiem escaped to level at 4-4.

The Swiss then held to thirty for 5-4 and was again into Thiem's next service game making thirty all. Roger then tried a chip and charge but Thiem delivered a quality pass en route to levelling at 5-5.

At 30-15 Roger looked set to guarantee himself at least a tie break but back to back drop shots didn't pay off as Thiem fashioned a break point which he converted to lead 6-5.

The Austrian showed signs of nerves when serving out against Raonic but here he was in the zone, delivering some powerful serves and Roger couldn't find anything on the return as he held to fifteen to bag his first Masters 1000 crown.

I'm not too disappointed. I feel like he had to come up with the goods, and it did feel like to some extent it was on my racquet. I just came up against somebody who was, on the day, a bit better when it really mattered. That's how it goes. Sure, it's frustrating and disappointing and sad to some extent. But look, I have been in these positions so many times that I get over it very quickly.

It's hard to pinpoint exactly what went wrong. The return he hits on the line at 5-all [in the third set], that's the one I needed, and I couldn't produce that. Why is that? You can start looking, digging so deep, and then you end up getting lost, rather than just saying he played maybe a little bit better when he really had to. I didn't feel like I played bad, either. I had my chances. I was in the points.

A tough loss here for Roger here and just like last year he lost yet another Indian Wells deciding set final which means he's yet to win one in the Desert.

I had a bad feeling this match was going to get away from him midway through the first set and unfortunately that proved correct.

That thought was purely from how some of the rallies were playing out (all his best shots/points were coming from reactive play) and you could see Roger was doing just enough to keep Thiem at arm's length.

Just enough can often be good enough but in a game of fine margins, any slip-ups or momentum shifts can cost you especially against a guy who can hit through the court with raw power.

That's what happened here as Roger had his chances (2/11 on break points) but he didn't take them and allowed Thiem to get on a roll, build momentum then catch fire with some power hitting.

Like Roger said in the press conference it's hard to pinpoint the exact reasons for the loss but I think game three in set two was a big one. If Roger goes up 2-1 there then he's established control.

Still, no guarantee he'd have maintained the lead as he wasn't dictating from the baseline but there's a chance Thiem goes into his shell when he's down a set and a break.

As for the Austrian, as I posted in my quick final preview, he was loving the conditions here and I think that showed, he was able to take huge cuts at the ball and get a lot of action from the gritty surface to really play a solid match. He served smart throughout, never backed off when he had the chance and as he attested to during his on-court interview he was ‘really in the zone'.

Anway next stop is the Miami Open with its cool new looking courts at the Hard Rock Stadium. The draw comes out later today so stay tuned for my draw preview post. 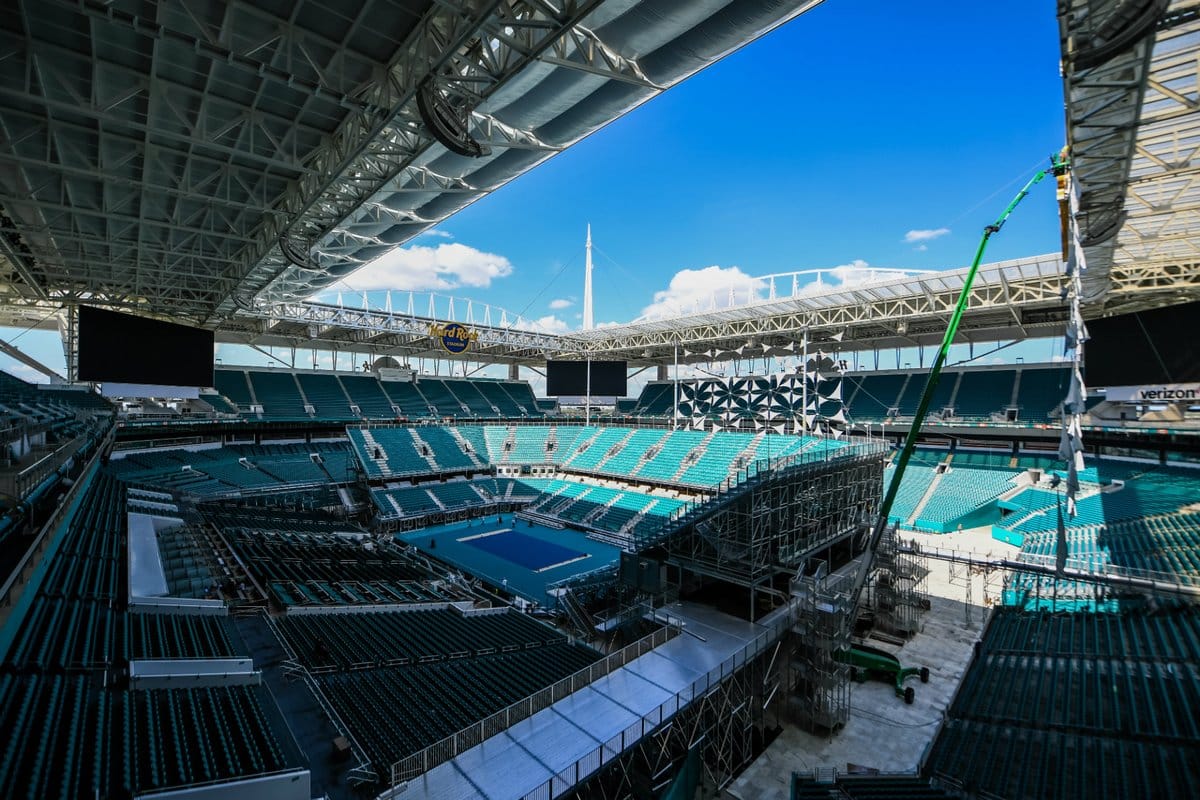 As always, let me know your thoughts on the final in the comments. Cheers.