The first chapter of Roger Federer's clay court return is over after the Swiss was edged out 3-6 7-6(11) 6-4 by Dominic Thiem in a high-quality quarter-final.

The fifth-seeded Austrian had to save two match points en route to victory in 2 hours and 11 minutes and he was pushed all the way by Roger who was playing on the surface for the first time in three years.

The loss sees Roger chalk up his 21st defeat where he's held match points but he will surely take positives from his three matches at the Caja Magica which proved he's still difficult to put away regardless of the surface. 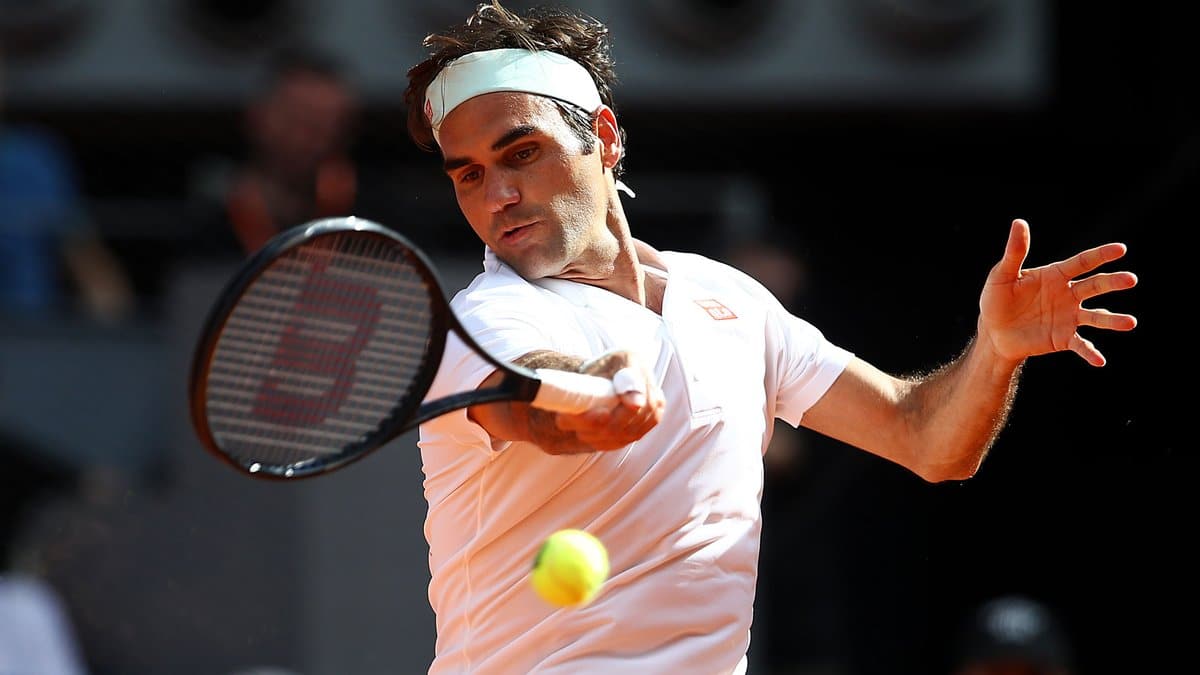 Federer won the toss and elected to serve. A hold to thirty put him on the board and just like the Monfils match he made the peRFect start to break for 2-0.

A love hold consolidated the break for 3-0 and that was soon 4-1 with Roger landing 100% of his first serves.

A further love hold put Roger up 5-2 and Roger kept his composure to take the first set 6-3, winning the longest rally of the set on set point.

Thiem had shown signs of life at the end of the first set with some more aggressive returning and he kicked off set two with a love hold.

Roger then found himself in trouble down 15-40 but he played smart on the break points to hold for 1-1.

More strong serving from Thiem saw him move into a 3-2 lead and the Austrian held more break points in game six as Roger slipped to 0-40 after a double fault. However, Roger again dug in, winning five points in a row to hold for 3-3.

The pair then exchanged holds with neither man able to fashion breakpoints and the set moved into a tie break.

Into the breaker and it was Federer who got off the better start moving into a 3-0 lead. That's perhaps the most misleading score in tennis as Thiem recovered to quickly level at 3-3.

The Austrian then went up a mini-break of his own after a slight mishit dropped in to give him a 6-4 lead.

Roger saved the first on his own serve and then produced a brilliant return point, going after his groundstrokes with conviction then finishing with a dropper, to level at 6-6.

An ace gave Thiem a third set point at 7-6 but Roger reeled off two points on serve to give himself match point only to see his aggressive return land just out.

The Austrian then held a fourth set point at 9-8 but again Roger won both service points to lead 10-9. Thiem saved it en route to leading 11-10 and this time around Roger slipped up at 11-11 as Thiem produced a solid return off a serve and volley to lead 12-11 before finally converting set point to force a decider.

Into the third and Roger had to save a break point in the opening game to hold for 1-0. Thiem quickly levelled and then got the breakthrough to lead 2-1.

An immediate chance presented itself for Roger to get back on level terms at 15-40 but Thiem recovered for 3-1.

After an exchange of holds, a hold to fifteen kept Federer in touching distance and 3-4 and he made his move to break back helped with a slick return on break point.

Unfortunately, parity was shortlived as Thiem ramped up his aggression to create 0-40 in the next service game.

Roger saved two of the breakpoints but chose to leave a looping ball that dropped in that gave Thiem a 5-4 lead and he served it out confidently to move into the semi-finals. 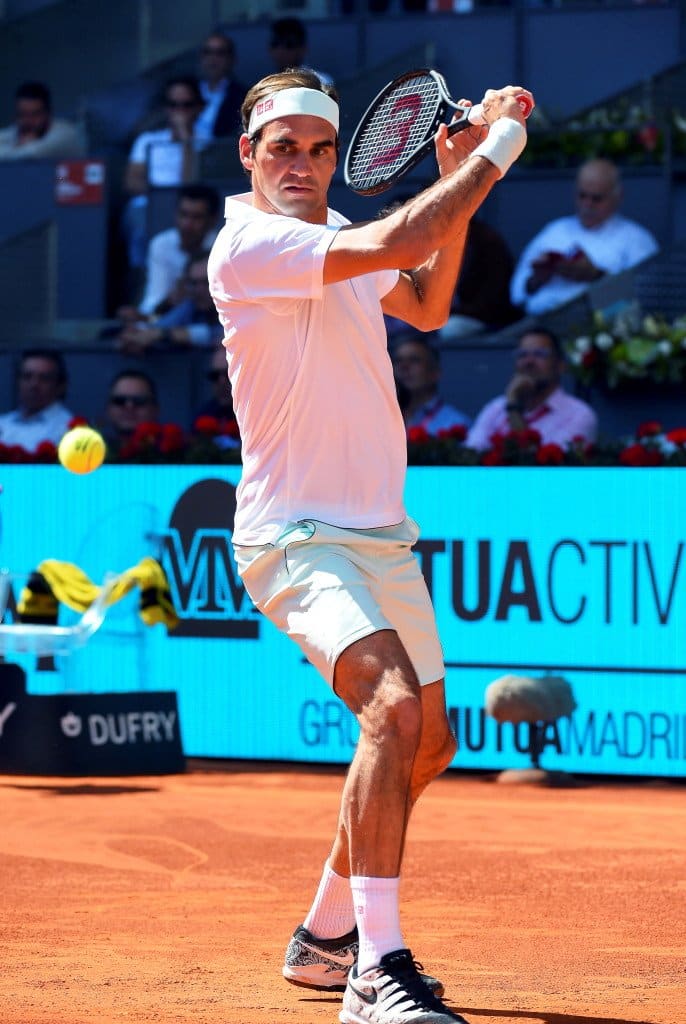 No, it’s been a good week. Frustrating, clearly. Losing with match points is the worst, so that’s how I feel. But nevertheless, if I take a step back, it’s all good. I feel very good about my game. I thought I had some good matches here, you know, especially last two. First one was good to get into it. And obviously, Gael and Dominic are tough on the clay so it was a good battle. I feel good on the clay right now. Federer on Madrid

A great match here and we got to see some high-quality tennis from both guys. I said in my match preview that the first set was key for Roger to give himself a chance of winning as it would ask Thiem to produce the goods when down in the scoreboard.

The Austrian managed it in Indian Wells when the two met in the final and he did so here too. Raising his level in the second set, taking advantage of the little bits of luck he received and playing super solid in the third set to come through.

I thought he did a great job of staying composed and ramping up his aggression when he needed to both on the return and from the baseline. His forehand was the key shot as he was able to produce great depth as well as spin to keep Federer pinned behind the baseline.

As for Roger, the only point he can really rue is the ball he left that dropped in on break point at 30-40 4-4 in the decider. It was in by a good couple of feet so poor judgement on that one.

Other than that I'm hard-pressed to say what he could have done better. Probably try to protect his second serve a little more in the third set but he saved 10 of 12 break points during the match and came within a whisker of winning.

Neither of the two match points were on his serve and he nearly hit a return winner on one of them so I don't think he can feel too hard done by, just one of those matches that can slip by as Thiem acknowledged in the press conference:

Today was so close, I was really lucky. Roger is playing really well on clay so I am really happy. He's so special, maybe the best player ever in tennis. It's so tough every single time you play against him, it´s pure beauty how he plays the game, every point against him is a challenge. It's also a bit about luck and I was the luckier one today. Thiem on his win against Federer

So a good week and it went pretty much how I expected, or maybe slightly better given how he was able to turn the Monfils match around when down a break. Moved well, looked physically strong and I'm looking forward to seeing how he handles the conditions in Paris.

The next question is, will he play Rome? He's in the draw but has not decided yet.

I couldn’t make the decision before the game so, unfortunately, I had to wait and see how this match plays out today, if it was going to be 6-0, 6-0 or 7-6 in the third. Winning or losing, it all matters, so it was an early ask for me to take that decision. I wanted to keep options open and that is why I’m in the draw. I’ll probably only decide on the weekend, but I’m not sure if I’m going to go. Federer on his participation in Rome

What did you guys think of the match against Thiem? Will he play Rome? Let me know in the comments.