This post was inspired by a question I received via the contact form which asked me about the size of a tennis court. I've written a lot about tennis courts in the past but only ever about court speed, court pace index, and the different court surfaces used but never about the dimensions.

The reader was new to tennis and the camera angle on TV made them think that different tournaments had different size courts. This is obviously not the case because virtually every tennis court across the globe is the same size.

There are obviously some exceptions to the rule where individuals have put in smaller courts for recreational use or for ‘Touch Tennis' but all ATP and ITF courts are a standard size. But what are the exact dimensions of a tennis court? Let's take a look.

Areas of the Tennis Court

Traditionally court size is given in the imperial measurement of feet. I've added in metres for those who prefer metric rounded to one decimal point.

What About The Size of the Overall Playing Surface?

At every level of tennis, as well as the tennis court marked with the lines, the playing surface needs a run-off area. At club level this is so you don't run into a fence and for tournament play at ATP & ITF level space is needed for an umpire, line judges and ball boys. Because of this, the ITF does specify the minimum dimensions of a court.

The recommendations include the area behind the baseline and the sides of the court where the umpire plus various other bits of equipment sit.

The size of the area varies from tennis club to tennis club and from tournament to tournament. At the Grand Slams, the main show courts tend to be fairly similar in size at all four slams, although the outside courts can vary depending on the venue, Wimbledon's outside courts, for example, are fairly small in overall area.

The difference in size variance increases on the ATP tour due to the fact there are so many tournaments, some have purpose-built venues whilst others are shoehorned into existing facilities. The area behind the baseline is typically larger on clay courts due to the nature of the surface and players standing far behind the baseline.

In some cases, outdoor tournaments will store their tarpaulin covers at the back of the court, which David Goffin knows all too well as he badly twisted his ankle at the French Open on the covers when he tripped whilst sliding. 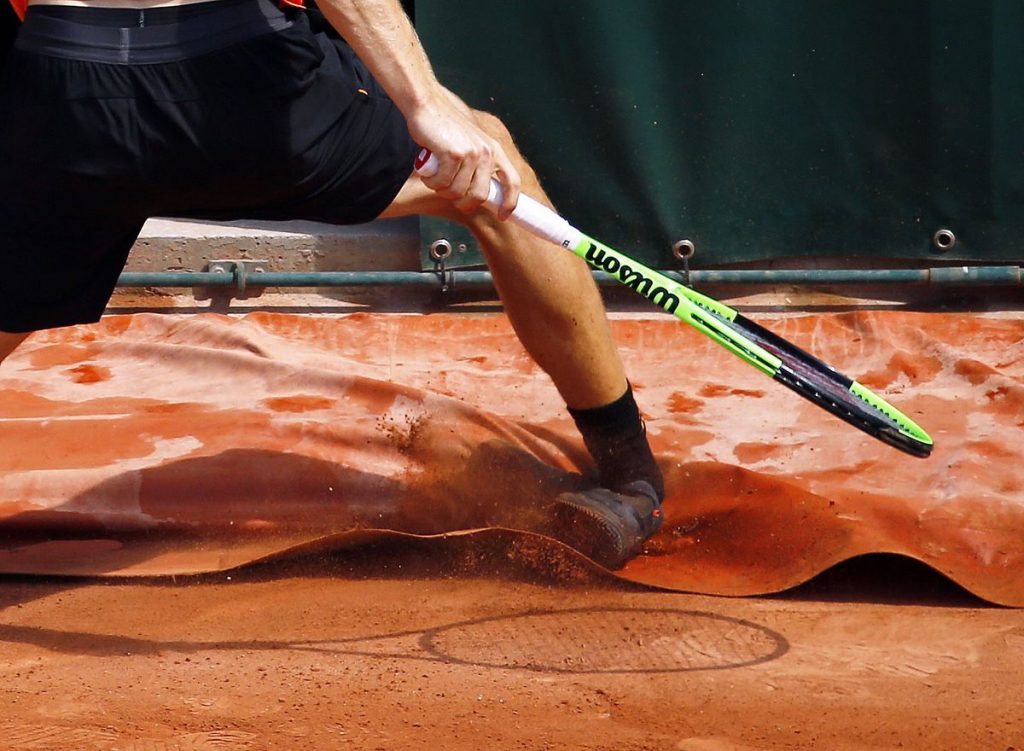 The image and table below shows the minimum and recommended dimensions of an entire court area at an international and recreational level. The minimum is the first figure and the figure in parenthesis is the recommended one. 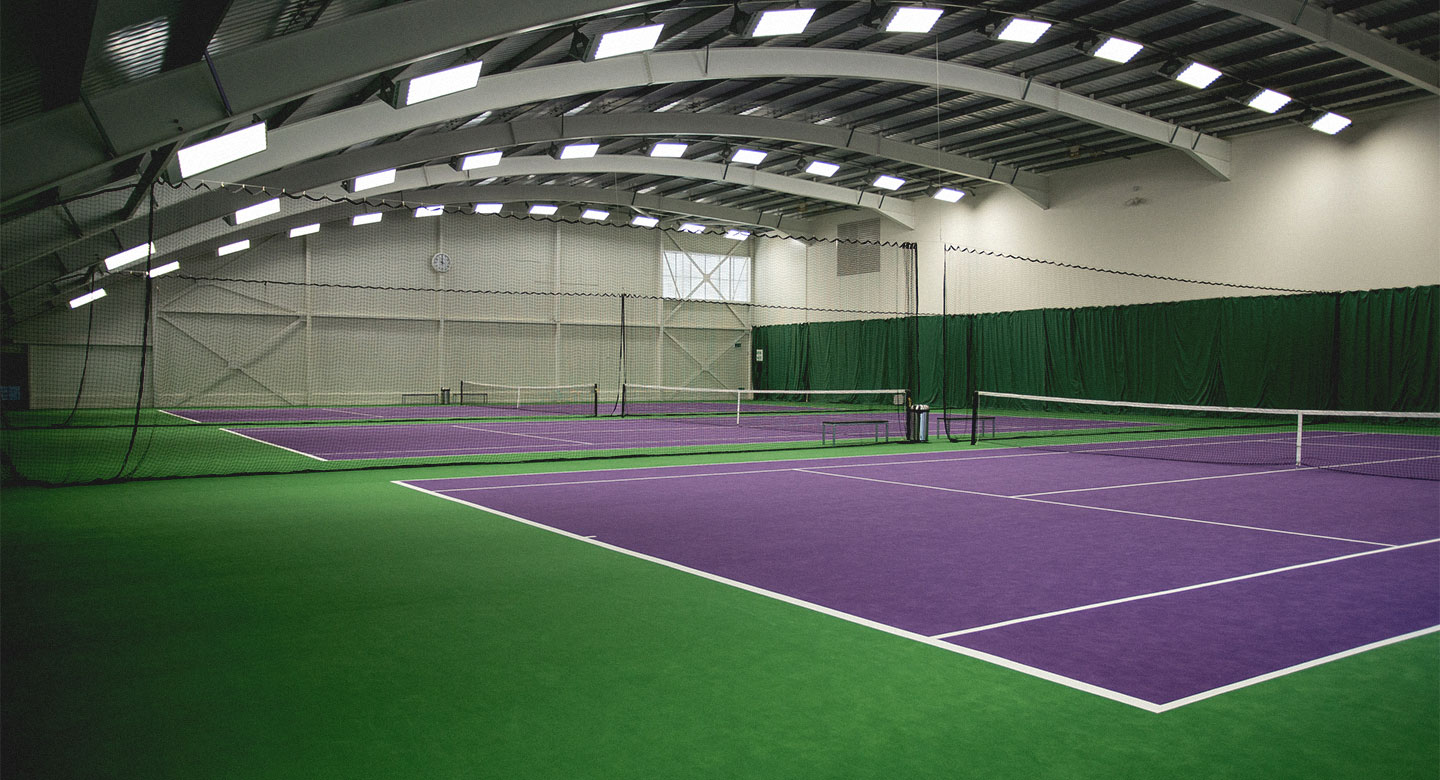 For indoor facilities at the tournament level, the minimum overhead clearance should be 40 feet above the height of the net. You can see the ITF recommendations in the table below:

Are all tennis courts the same size?

Yes, all-tournament courts and any registered tennis club courts are the same size. The only difference in size is the areas around the marked court which differs from venue to venue with some having more space to play with than others. As mentioned there are exceptions to the rule with junior courts often being smaller but scaled down in proportion to full-size measurements. Some individuals may lay smaller courts too for more recreational play.

No, all tennis courts are the same size. At least they should be if the organisation or individual commissioning the construction of a court has followed the standard rules for court sizing. The only time a court can be smaller is for juniors or private recreational use.

How wide are the lines on a tennis court?

How big is a tennis court in square metres?

How much space do you need to build a tennis court?