Another Hopman Cup final for Switzerland awaits after Roger Federer defeated the most improved player of 2018, Stefanos Tsitsipas 7-6(5), 7-6(4) at the RAC Arena on Thursday evening.

It was easy to see why the young greek had landed his first career title in Stockholm last season and moved into the Top 20, giving Roger a run for his money in the first set and holding a 4-1 advantage in the tie-break. But the Swiss's experience shone through as he hit back to record victory in 93 minutes, winning 84% of points behind his first serve and not facing a single break point.

The victory saw the Swiss progress into the final regardless of the women's singles and Fast4 mixed results which was just as well. A Bencic blip saw her lose in straights to Sakkari before the Greek's sealed the mixed doubles in a final set 5 point tie-break to win the overall tie 2-1. 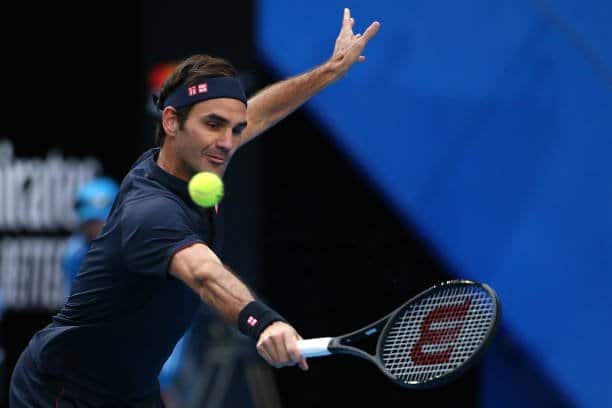 Federer won the toss for the third straight match and elected to serve. A fast start from the Greek saw him create 15-30 and make deuce twice before Roger held for 1-0.

A hold to love saw Tsitsipas level in no time before Roger fired down a love hold of his own for 2-1. From there it was all about the serve and by game 12 both players had won just 7 points each on the return.  As you'd expect with those numbers the set resulted in a tie-break.

Into the breaker and it was the Nicosia native who got the better start, moving up a double mini-break for 4-1 after Roger didn't do enough with a backhand and left too much open court.

With how he'd been serving it looked a long way back for the Swiss but he recovered them both, drilling a nice forehand winner to make 3-4.

Two serves then put Roger up 5-4 and an untimely double fault at five all from Stefanos gave Roger the advantage which he converted 7-5.

Set two saw Tsitsipas kick things off with a love hold. Roger quickly matched him to level. In game three the Swiss made deuce for the first time in the match but couldn't fashion a breakpoint.

He didn't have to wait too long though as in game nine Roger held two break points. Tsitsipas saved them both with some aggressive play and went onto save a third in game eleven to lead 6-5. Roger then held to force another tie-break.

This time around it was the maestro who got off to the better start, moving up a mini-break for 3-1 and coming out on top in a 19 shot rally to maintain the advantage for 4-2.

Some sick defensive skills followed by a drop shot then saw Roger move up a double mini-break for 6-3 and although he missed a backhand on his first match he converted the second to head into Saturday's final with a  peRFect 3-0 record in singles. 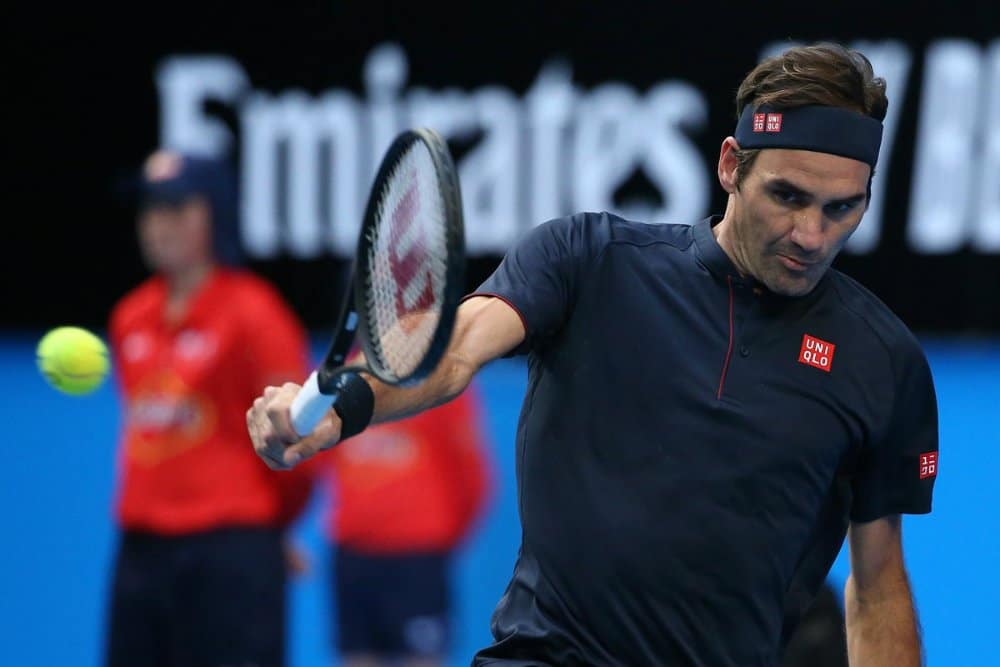 He did a nice job. I think we both played well without too many mistakes. I learned about his game. From my game, I didn’t learn anything. For me, it’s about maintaining a good level of play. I’m happy where my game is at. And I was impressed with what I saw from Stefanos.

Best match of the week so far to watch and both guys played a nice brand of tennis; going for their shots and moving forward so it was exciting viewing.

I thought Roger played a very clean match too from start to finish. The first set was undoubtedly the closest and Stefanos played the slightly better of the two. Fortunately, Roger found a little something in the breaker at 2-4, hitting one of his best forehands on the night to restore parity and then keeping the momentum to snatch it.

The second was also a close run affair but Roger was the one on top, holding three break points and offering a bit more both on serve and return. He definitely should have converted the third break point off that makeable pass in game eleven but he kept it together in the tiebreak, winning that lengthy rally when he'd missed an earlier chance to fire a winner.

As for the women's singles, Belinda came unstuck against Sakkari in what was essentially a dead rubber. It's crazy how good her backhand is but her serve and forehand are, relatively speaking, terrible 😆 I'd never seen Sakkari play but she was very solid and I guess if her new coach Mark Petchey gets even more out of her she'll be moving up the rankings into the Top 20.

As to who they will face in Saturday's final that will be decided tomorrow when Australia face off against Germany.  I'm not sure on the permutations but it's basically a straight shootout as they are both 2 wins from 2.

Regardless of who they play, it's been a good week so far for Roger who's had a decent workout, especially today where he needed to move well so hopefully, he can top it off with a successful title defence.

What did you guys make of the match vs. Tsitsipas? Let me know in the comments.