Roger Federer's 2019 Hopman Cup is underway and it started with a super sharp performance against Cameron Norrie as the Swiss cruised to a 6-1 6-1 victory.

The win set up the tie nicely for Team Switzerland and that allowed Belinda Bencic to secure it with a straight sets win over Katie Boulter before the Swiss duo teamed up to clean sweep the group match 3-0. 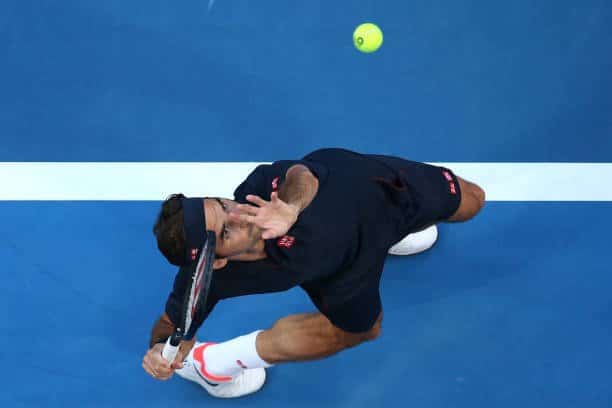 Federer won the toss and confidently said ‘the serve is mine‘! Moments later he was down 0-40 but recovered to make hold aided by a couple of lucky shanks in the rally to force deuce.

Norrie then held a game point to level but a 153km/h forehand winner saw Roger make deuce and he converted his second break point for a 2-0 lead.

A hold to fifteen put the Swiss up 3-0 and he was soon up a double break en route to forging a 5-0 lead.

Norrie finally got himself on the board in game six having to save two set points to do so, he then held another break point but Roger snuffed it out to take the set 6-1.

Into set two and Roger again got off to a great start, breaking for 1-0 and consolidating it for 2-0. The Brit was able to get a game earlier in set two, holding for 1-2, but at 1-3 he slipped up again as Roger broke for 4-1.

That was soon 5-1 and with Norrie serving to stay in it he again dropped serve as Roger took it 6-1. 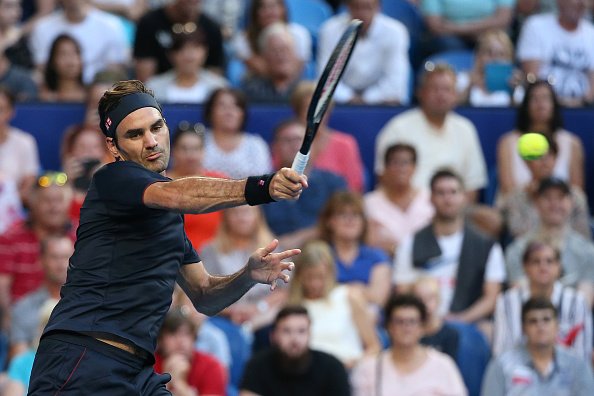 A pleasing star here for the Fed-meister who looked in fine fettle to say it's his first match since losing in London to Sascha Zverev.

Roger said pre-tournament he'd had an intense offseason with a lot of work on fitness/legs and that looked to be the case he moved very well from the get-go without any real signs of rust. He was able to get out the corners at high speed and once he was on the front foot it was pedal to the metal.

Norrie has little in the way of weapons, and although he had comfortably defeated Tsitsipas in GB's opening tie he was outclassed for the most part and had no real time on the ball.

There was a brief moment in the second set where the Brit got a little more into it from the baseline but Roger never looked in any sort of trouble and came through at a canter.

The next tie is against the USA on New Year's Day and starts at 5.30pm local where Fed will face Frances Tiafoe. I'm not getting too carried away with a one-off Exho win but it was certainly nice to see line licking down the line forehand winners again 🙂

What did you guys think of the Hopman Cup opener? Let me know in the comments.