Team Europe are Laver Cup champions for the second time after Sasha Zverev pulled off the win against Kevin Anderson 6-7(3) 7-5 10-7 to bag the winning points and seal a 13-8 victory for Team Europe at the United Center in Chicago.

After starting the day 7-5 ahead team Europe slipped behind for the first time in the match after Federer and Zverev lost a tight doubles match to Sock and Isner.  Roger then saved three match points en route to defeating John Isner in a dramatic match before Zverev sealed the deal in another close encounter. 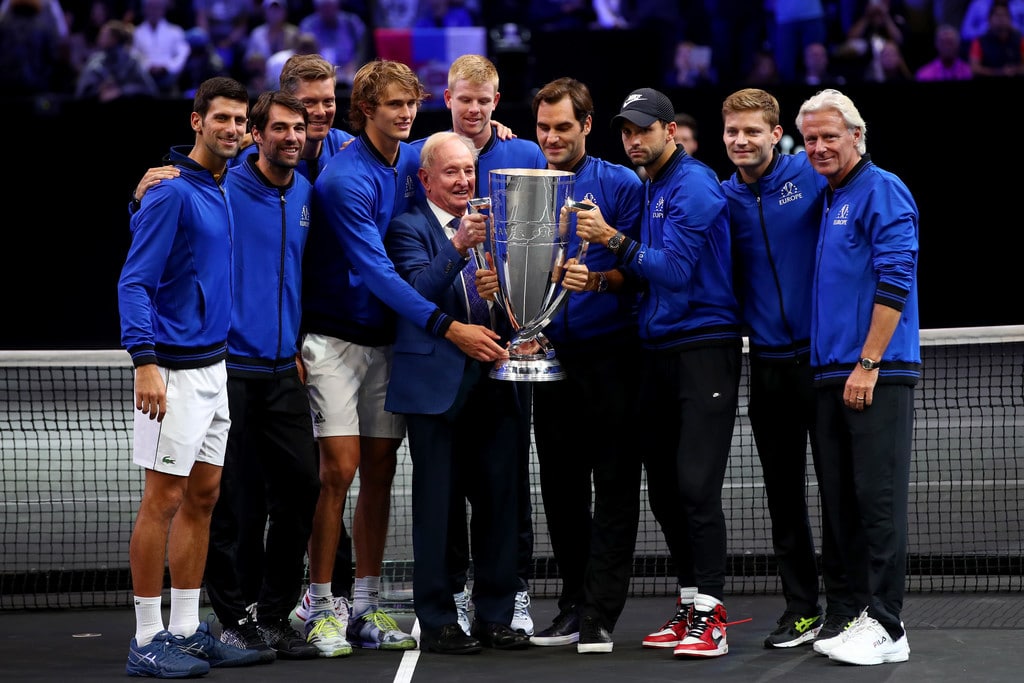 First up was the doubles with Zverev and it started fantastically for Team Europe as the Sasherer pairing gelled quickly to take the first set. However, in set two Sock, rated by many as the best doubles player in the world, upped his game, targetting Zverev as the weaker volleyer and as the match wore on the German stopped moving forward after missing a few volleys and that let Team World start dictating points. Although Europe held two match points with Fed staying sharp at the net Sock and Isner rallied to take it 4-6 7-6(2) 11-9.

That put Team World 8-7 in front with a possible three matches left to play. Roger was soon back on the court after the doubles to face Isner and it was a fairly dramatic match. The first set was all serving with neither guy making any inroads on the return, Roger dropped just 1 point en route to the tie-break but after going up a mini-break Isner reeled him in, dispatching a very tame second serve on set point to take it 7-5.

Into set two and Roger fashioned the first break points of the match at 3-3 but Isner erased them with his trademark serve. That put the pressure right back on Roger and at 4-5 Isner fired off a big winner to set up match point but Roger held and forced another tie-break. The breaker was nail-biter and Roger had to save two more match points, one with a clutch backhand pass:

Buoyed from the match point save Roger took the breaker 8-6 with an ace to force a ten point tiebreaker which he took charge of at 5 all to move 9-6 in front sealing his second match point to take it 10-7.

So quite a big win for Roger here, he looked quite nervous in the breakers and some of his forehands were seriously loopy on the big points but he somehow stuck in there and returned a huge out wide serve on match point. Bit of frame but the backhand pass was as clutch as it gets. About time he won a close one too so hopefully a win like this can help his cause for the indoor swing.

Also a word on Zverev, he showed some real mettle of his own, coming from a set down, saving some crucial break points in set two and coming from behind in the 10 point breaker to seal it. Impressive stuff.

Thoughts on the Laver Cup II 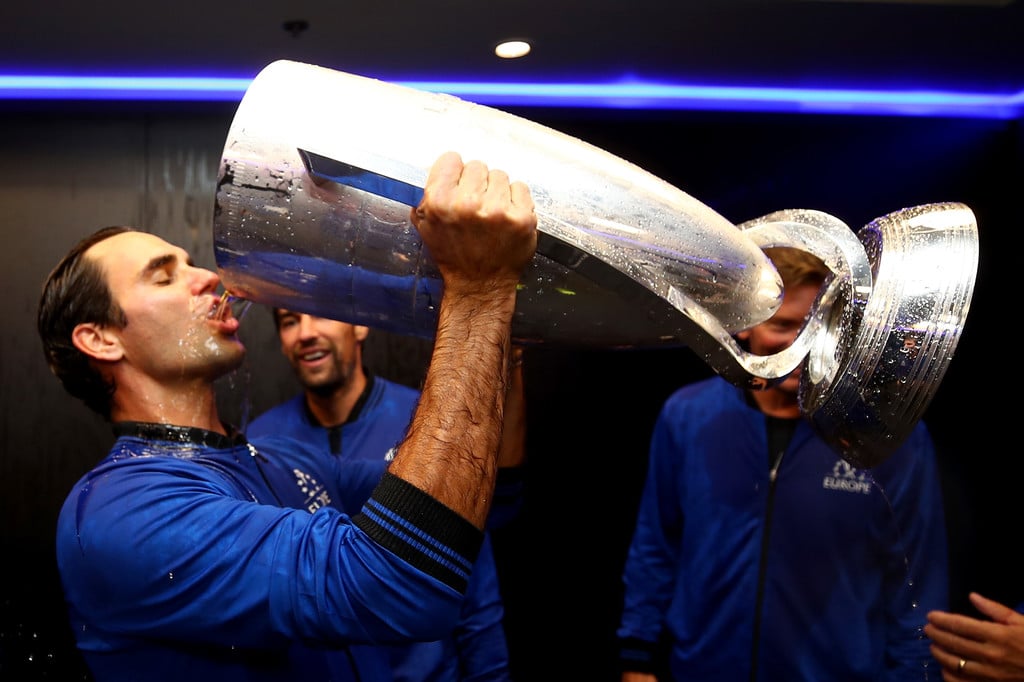 I always thought we got along well and respect each other on and off the court but being able to support him, him supporting me, going through that process and talking tactics, talking team, talking who should play and just seeing what a leader also Novak can be, it’s been really nice and refreshing for me.

Having now watched the Laver Cup live last year and on TV this year I've seen it from both angles and I think it's great. I was impressed last year with the setup courtside and I thought it would be hard to outdo the first iteration but I think they managed it, the venue, the setup, the crowd, the coverage, the quality of matches and the team environment all came together perfectly to make a memorable weekend.

Watching on TV this time around the coverage on Amazon Prime was good, the Laver Cup social channels are very well run, the website is updated super quick with press conferences and following the event is easy. From the feedback I've seen it was equally as good live too with the practice court proving popular and everything looked to run like a well-oiled machine.

The players all seem invested in it too, of course, there are the same old clichés in the press about strengthening relationships and how well they all get on but that's born from rubbish questions. I just judge it from the tennis and when these guys are on the court they're playing tough and clearly want to win. I think they've got the balance of fun and competition down to a tee and I'm looking forward to next years in Geneva.

What did you guys think of the Laver Cup weekend? Let me know in the comments.