The 2018 Laver Cup is underway and Europe will head into day 2 with a 3-1 lead after winning all three singles rubbers on Friday.

I won't be doing the usual match reports but I'll do some quick recaps like this over the weekend. I wasn't able to watch the doubles live as it was on at 4 am but I'll certainly be watching Roger vs. Kyrgios later today. And I did watch some of the singles matches which had some pretty good points in them. Goffin against Schwartzman probably the pick of the bunch with Diego pulling off a ridiculous half-volley in the decider. 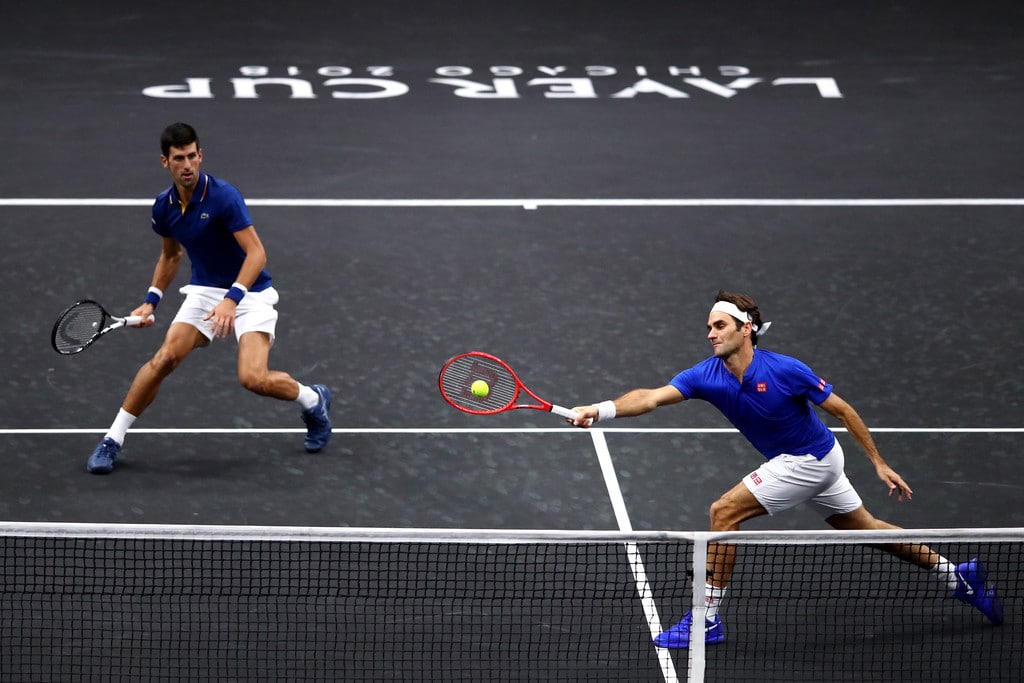 Rafa and Nole are very different players, a lot of changes, opponents were very different too. The excitement was similar for me, to team with someone of Nole's calibre was a treat. You learn a lot from these matches. When you play doubles it's different, it's like speaking a different language, using a different side of your brain. And in a match like today, you may go through games when you get no rhythm.

Having just watched some extended highlights of this one I thought both guys played pretty well. Both of them looked a little rusty for the format which isn't surprising and I'm guessing they only had a few hours on the practice court to gel pre-tournament. As you'd expect Djoker looked very solid from the back of the court and Fed hit some good volleys but a few little mistakes let them down.

They were also up against a huge server in Anderson and basically a doubles specialist in Sock which isn't easy and in a 10 point tiebreak it's a bit of a lottery so they can't have too many complaints. It looked like all four guys had fun too, Novak tagged Roger, then took one in the chest himself off a Sock forehand 😆

Stats from the Doubles

Have you guys watched any of the Laver Cup so far? Is anyone here attending? Let me know in the comments.