The Swiss Indoors 2019 draw has just taken place at the Town Hall in Basel and Roger Federer will face Peter Gojowczyk in round one as he bids to win a 10th title at his hometown tournament.

With 500 points on offer for players hoping to secure the last two remaining spots at the ATP finals and €430,125 in prize money for the winner, the field is strong with the likes of Zverev, Bautista Agut, Fognini and Goffin, all of whom still have a chance of making the season-ending championships.

The Swiss will start his tournament on Super Monday as the main event of the evening session and you can see Federer's full projected draw below along with the full draw in PDF format. 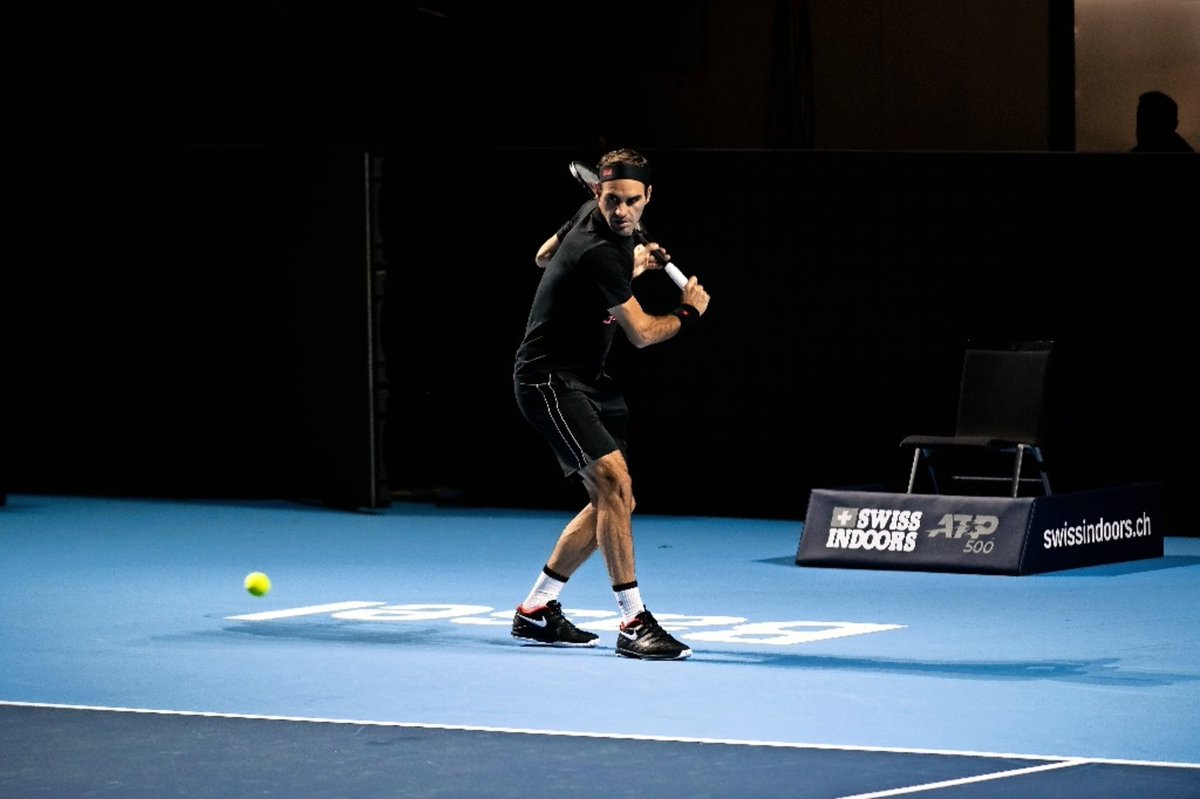 First up for Federer is Peter Gojowczyk who defeated Casper Ruud 6-1 6-1 in the final round of qualifying. Federer leads the H2H 2-0, both wins coming in straight sets but they were fairly competitive. Gojowczyk is a hard hitter off both wings so is capable of reeling off points quickly which means he's dangerous on a slicker indoor court where sets can be over in the blink of an eye.

However, I'd expect Fed to play up the court, taking time away on the German's forehand which is quite a big swing. Once he gets ahead in the point he'll force Gojowcyck into too many low percentage plays and I expect a straight sets win.

Should Roger come through Round 1 unscathed, then it's either the Moldovan Number 1 Radu Albot or Dusan Lajovic in the last sixteen.

Lajovic made the Quarterfinals in Moscow this week whereas Albot lost in the first round in Stockholm so based on the form I'd pick Lajovic to come through. The two have never played and although Albot has more singles match wins this season I think the Serb can play a higher level of tennis, somewhat confirmed with his 4 top 10 wins compared to Albot's zero.

As for who Federer would rather face, there's not a whole lot to separate them. He met Albot for the first time this year in Miami and dropped a set whereas he's never dropped a set to Lajovic in their two meetings, both on grass. But I think Albot is easier to boss around so you'd probably pick him as the preferred opponent.

For the quarter-finals, Antwerp finalist Stan Wawrinka is the projected opponent. Stan has had a good week over in Belgium but he's never really performed well in Federer's stronghold. The fellow Swiss has an 11-13 losing record at the St Jakobshalle and he last made the semi-finals back in 2011. I quite like Dan Evan's chances to come through that quarter to make the last eight and he can mix it with the best of them if he serves well.

Into the semi-finals, Tsitsipas is the 3rd seed in this half and comes in after a solid post Laver Cup showing with a final in Beijing and a semi-final in Shanghai to his name. The Swiss hasn't faced the Greek since Dubai so it'd be an interesting encounter and you'd fancy the Stefansos to run him close given his level of late.

As for the finals, Sascha Zverev is the top seed in the other half and he heads into Basel with confidence having beaten Federer in Shanghai. The German is also looking to secure one of the two remaining spots at the ATP Finals. However, he doesn't have a cakewalk to the final with Goffin, Cilic and Bautista Agut in this half but the motivation to try and defend his London title should give him that little extra boost so I expect him to come through.

What do you guys think of the draw? Predictions for Federer? Will it be the Swiss Ind10rs and a 🍕 party? Let me know in the comments.