Roger Federer is the  Miami Open champion for the fourth time in his career after producing yet another masterclass at the Hard Rock Stadium, taking apart defending champion John Isner 6-1, 6-4 in 64 minutes.

The win sees Federer collect his 28th Masters 1000 title and his 101st title overall; doing so in style by breaking the huge serving American four times and winning 32 of 35 points behind his own serve.

With an 18-2 record this year, the Swiss is still going strong even at 37 and he'll now head over to the  European clay for the first time in three years with Madrid his first scheduled tournament which begins on May 5th. 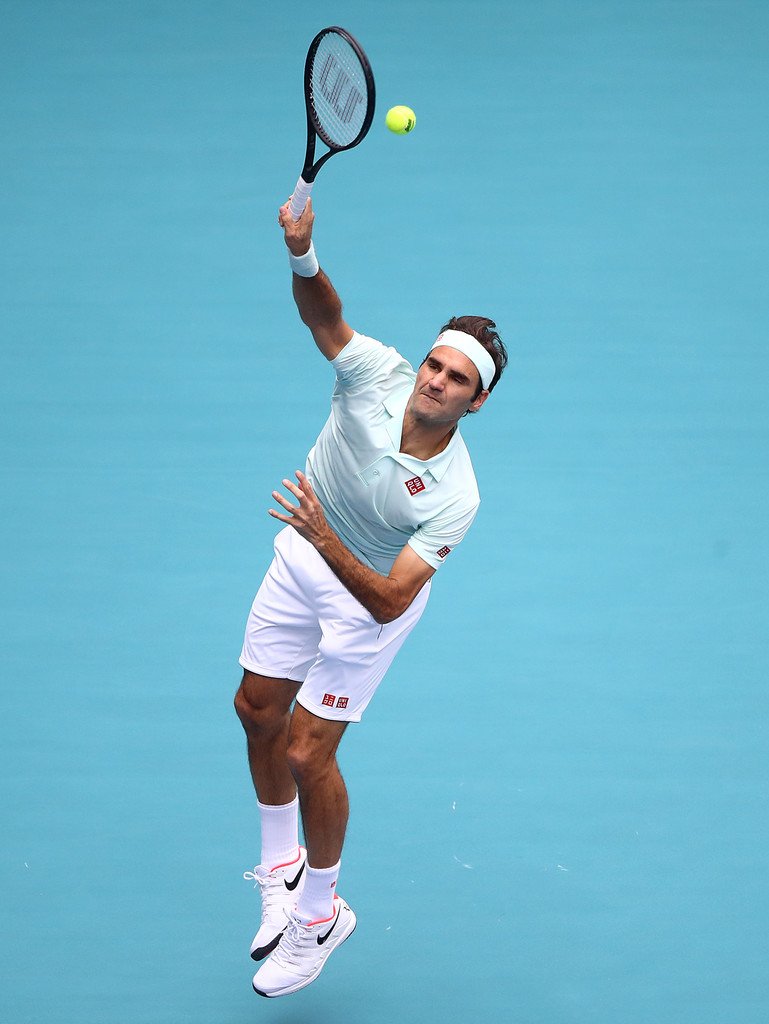 Federer won the toss and elected to receive. An uncommon choice against a huge server but it paid off as Isner dropped serve instantly, losing the first point when he misjudged a high chip that he assumed was going out.

After converting his third break point for the lead, Roger consolidated the break to fifteen for 2-0. A love hold from Isner got him on the board but from there Roger went on a crazy run, holding to love, breaking again for 4-1, holding to love for 5-1 and breaking for the third time in the set to take it 6-1.

9 of the 10 sets Isner had played this week had gone to tie breaks but in this set, he barely won a point as Roger made just 2 errors, broke three times and got it done in 24 minutes.

Into set two and Roger was on the board with another love hold with a 1 minute and 16-second hold. to put the pressure straight onto the defending champion.

Isner matched it with a love hold of his own and the American finally found the groove on serve, holding his next two  service game to level 3 all.

Another quick hold put Roger up 4-3 and Isner took a medical timeout at the changeover asking the physio if he thought there was a stress fracture in his left foot.

Upon resumption, Isner held for 4-4 but he wasn't moving well and the look on his face suggested retirement was imminent.

A love hold put Roger up 5-4 and a hobbled Isner bravely continued but only to go through the motions as Roger broke to take it 6-4. 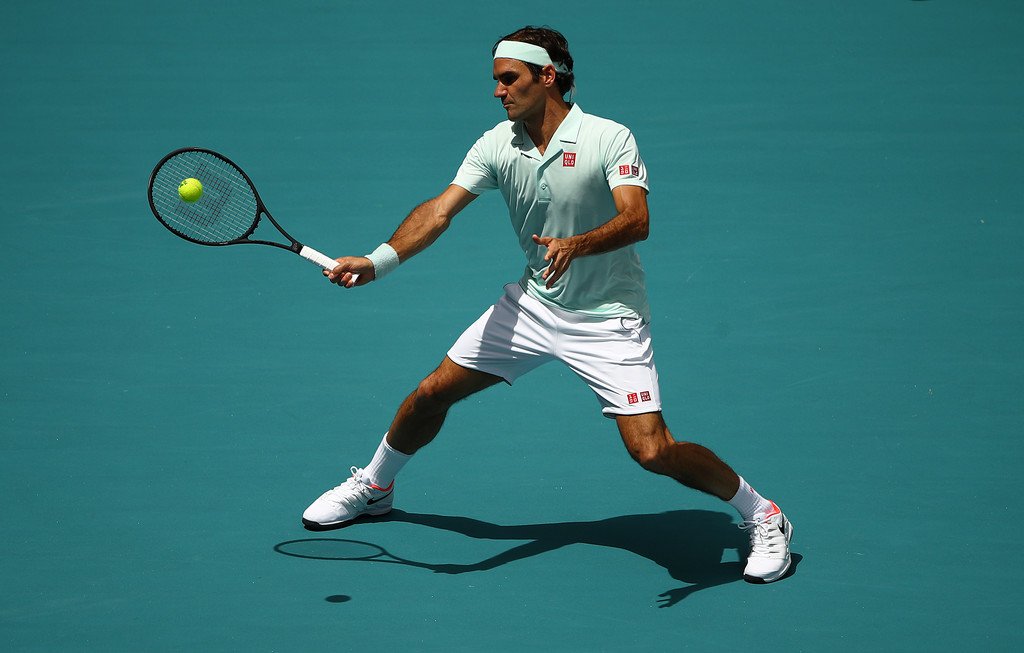 It was a dream start. It just relaxes your nerves and if you can hold your next game and go up two love you know you’re in the match.

It would have taken something special for the opponent to come back. I felt like I broke too many times during that first set and maybe used too many jokers already for the second set. But the last game wasn’t real anymore.

A fantastic win for Roger here as he bagged title #101 and was by far the best player of the tournament so it's fully deserved.

The final turned into a bit of an anti-climax after Isner's foot problem ended it prematurely but in the first set Roger simply far too good. The second had all the hallmarks of going to a tie break as Isner found some better serves but from that medical timeout onwards it wasn't a proper match anymore.

But for the parts that were, Roger was top class. To break Isner's serve three times in a set is unheard of and he restricted John to winning 54% of points behind his first serve in the opener. The blocked and chipped returns work like a charm on this surface and there's no better exponent of that type of play than the Fed Express.

Throughout the two weeks of tennis, we've seen such an array of creative plays from Roger and he maintained that today with his variety and patience to build the rallies without trying to pull the trigger too quickly; it was a quality display of controlled aggression that disrupted his opponent's rhythm throughout.

Aside from a fourth Miami crown, the win also means the Swiss leads the race to London which seemed highly unlikely after the Australian open but he's hit back in style, making three finals in a row and being the first player to win two titles in 2019. Top class.

Finally a word about Isner, I thought it was a great move that he played on despite being in pain and having zero chance of winning the match. There's a lot of players out there who'd have retired but he thought you know what, it's a final and I'm going to stay out here for a few more games and let Roger have his moment. Great sportsmanship from a guy who's showed a ton of it throughout his career 👍 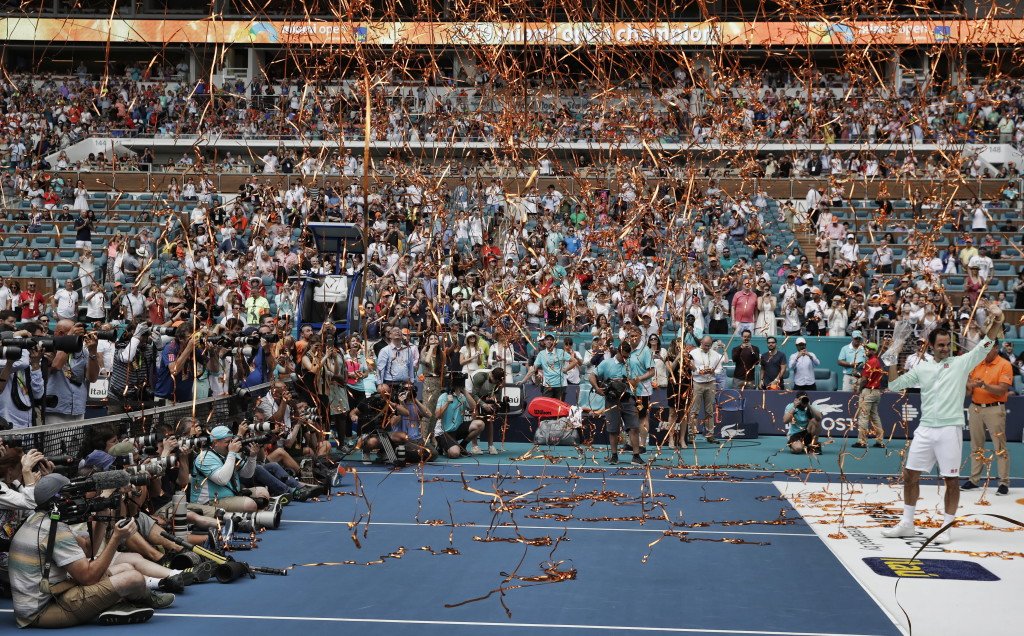 As always let me know your thoughts on the final in the comments below. What was your favourite match of the tournament? The floor is yours.