Following on from my post about power pads and after a request in the comments, I thought I'd take a look at string savers.

While power pads are hidden from view in the throat of the racquet which we never see on TV, with the right angle and closeup camera shot, you can see string savers in action during live play.

Despite that, string savers remain a mystery to a lot of people as few players use them and they've never been a mainstream type of accessory like an overgrip or a dampener.

What are String Savers? 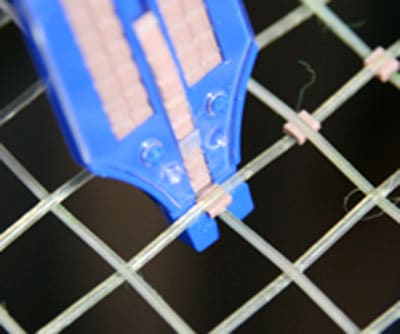 String savers are small pieces of material, usually plastic or some other composite, that slip between the main and cross strings.

They can be installed anywhere but they're primarily used in high wear areas in the middle of the string bed and their purpose is to increase the life of the strings.

Whenever you hit the ball, the strings rub against each other creating friction. This wears the string and eventually, they'll break.

If you have a racquet that's been played with for a few matches you'll probably see notches in the string where the crosses and mains rub together.

String savers work by decreasing the movement of the string upon impact with the ball thus increasing their durability.

Do String Savers have any impact on playability? 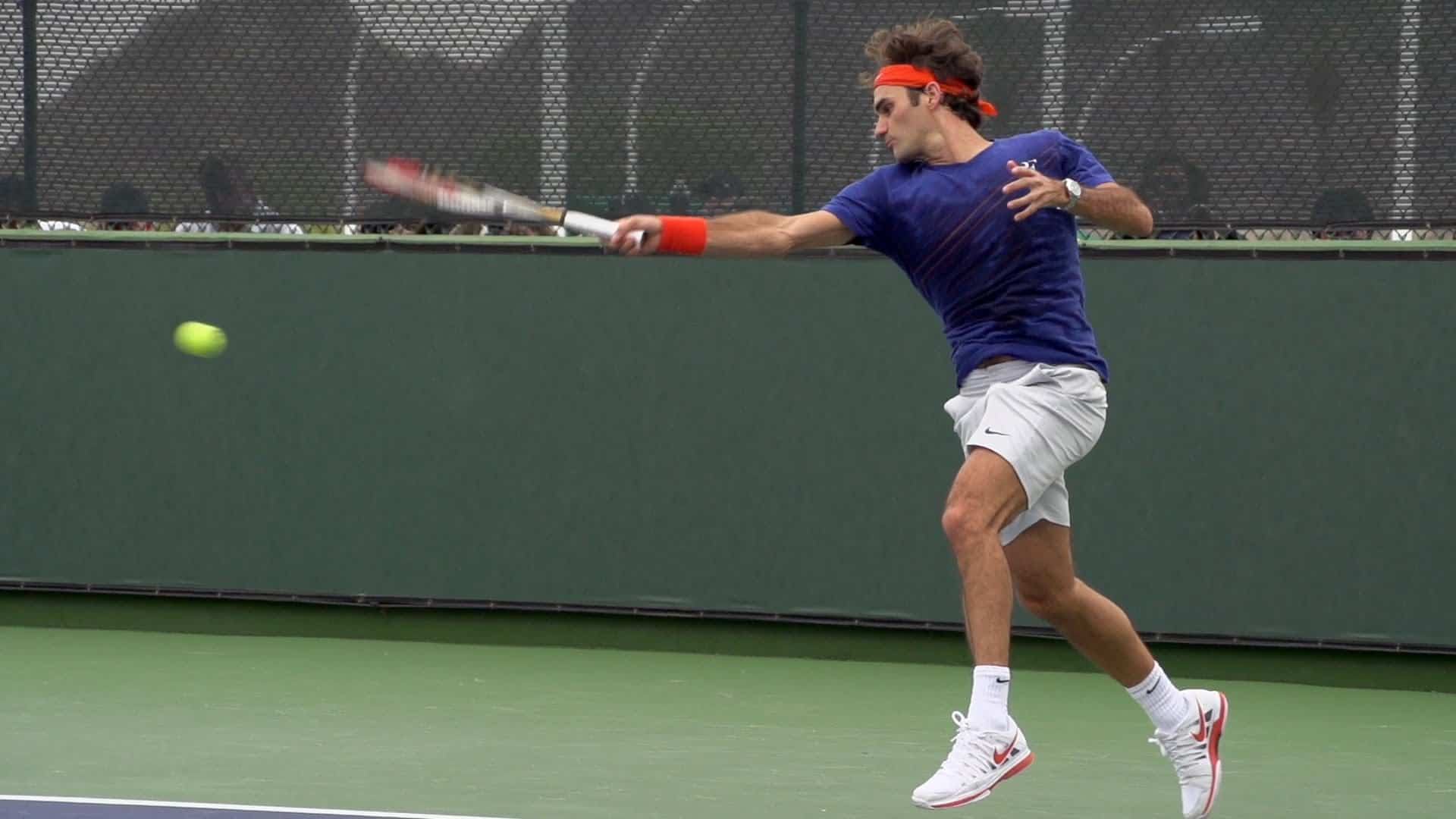 Whenever you add something to the stringbed, there's going to be a change in playability. By adding string savers, there will be a slight increase in tension as they stiffen up the hitting surface just like raising your string tension would do.

The general consensus here is that string savers will produce a dampened feeling and deaden the feel of the frame.

Personally, I've never had that feeling when I've used string savers myself and when comparing a racquet with them vs a racquet without them I never really felt a notable difference.

That is probably due to the fact I've only ever used string savers when stringing with natural gut either as a full bed or in a hybrid setup with gut in the mains. Natural Gut is an extremely lively string anyway so adding 8 to 10 string savers isn't going to reduce its pliability to the point you can feel the difference.

Had I used more string savers or put them in a polyester or synthetic gut setup then the dampened feeling might have been far more noticeable.

The other school of thought is that string savers could reduce the level of topspin that you can generate. One of the ways the strings generate spin is when the strings snap back into place when they have been displaced.

When the string returns to their natural position, that imparts more torque on the ball before it leaves the string bed. Given that string savers reduce string movement then it's fair to assume that they do reduce the level spin you can achieve.

To my knowledge, this snapback theory has only ever been tested at low impact speeds, so as to how much it does increase spin I'm not sure. When you consider Federer can hit at Nadal like RPM's when he chooses and he uses string savers, it doesn't seem like a deal breaker.

There may also be an argument to say that a chunk of plastic in the string bed could grip the ball more and impart more spin. Federer, for example, seems to think they add spin when asked in the video further down this post but he wouldn't be the first pro player to be wrong about equipment. 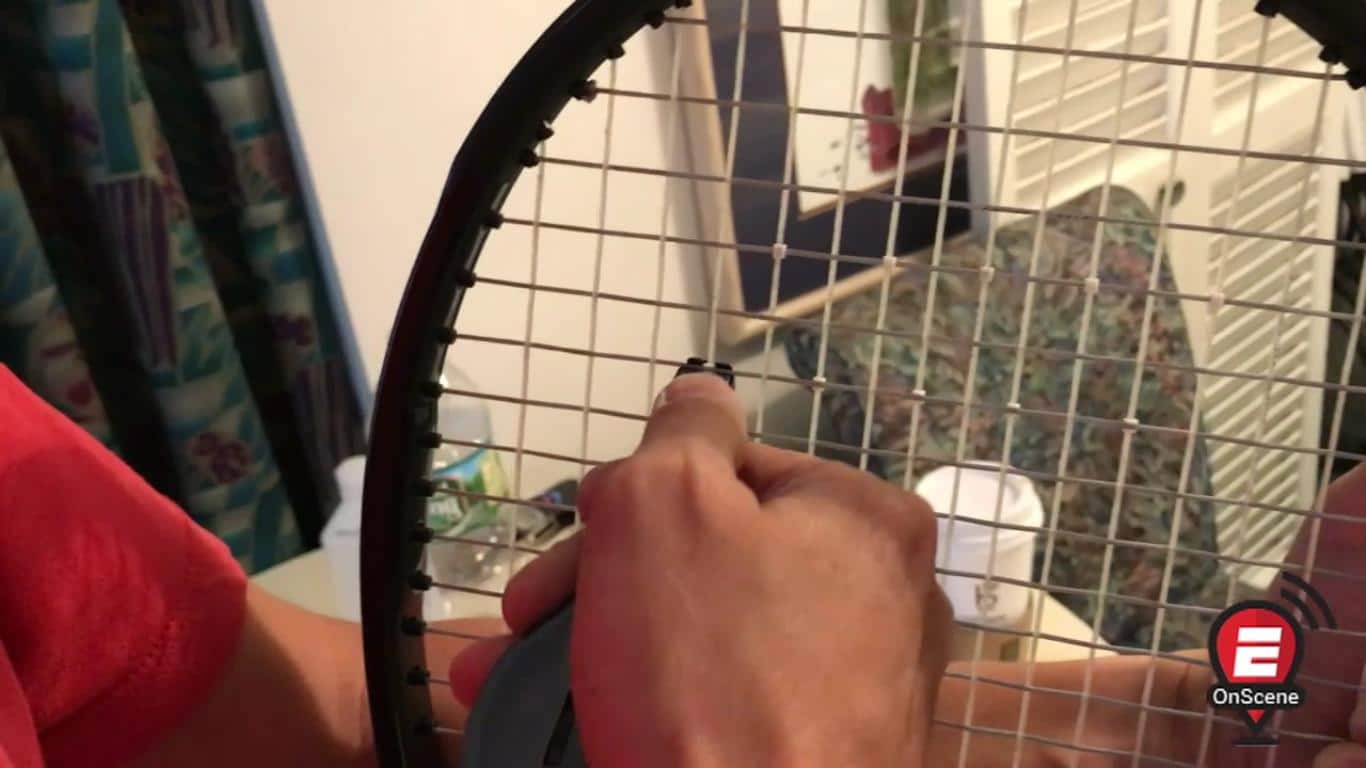 String Savers are mostly used by players that have natural gut strings. The only pros I know of that are using them currently are Roger Federer and Grigor Dimitrov. (Dimitrov has a weird pattern choice with his, pictured further down the page)

Back in the day, when gut strings were common they were far more prevalent. Sampras being the most famous user.

In terms of club level tennis, they're not something you will see all that often. When I first put them in my racquet, nobody even knew what they were when they saw them 😆 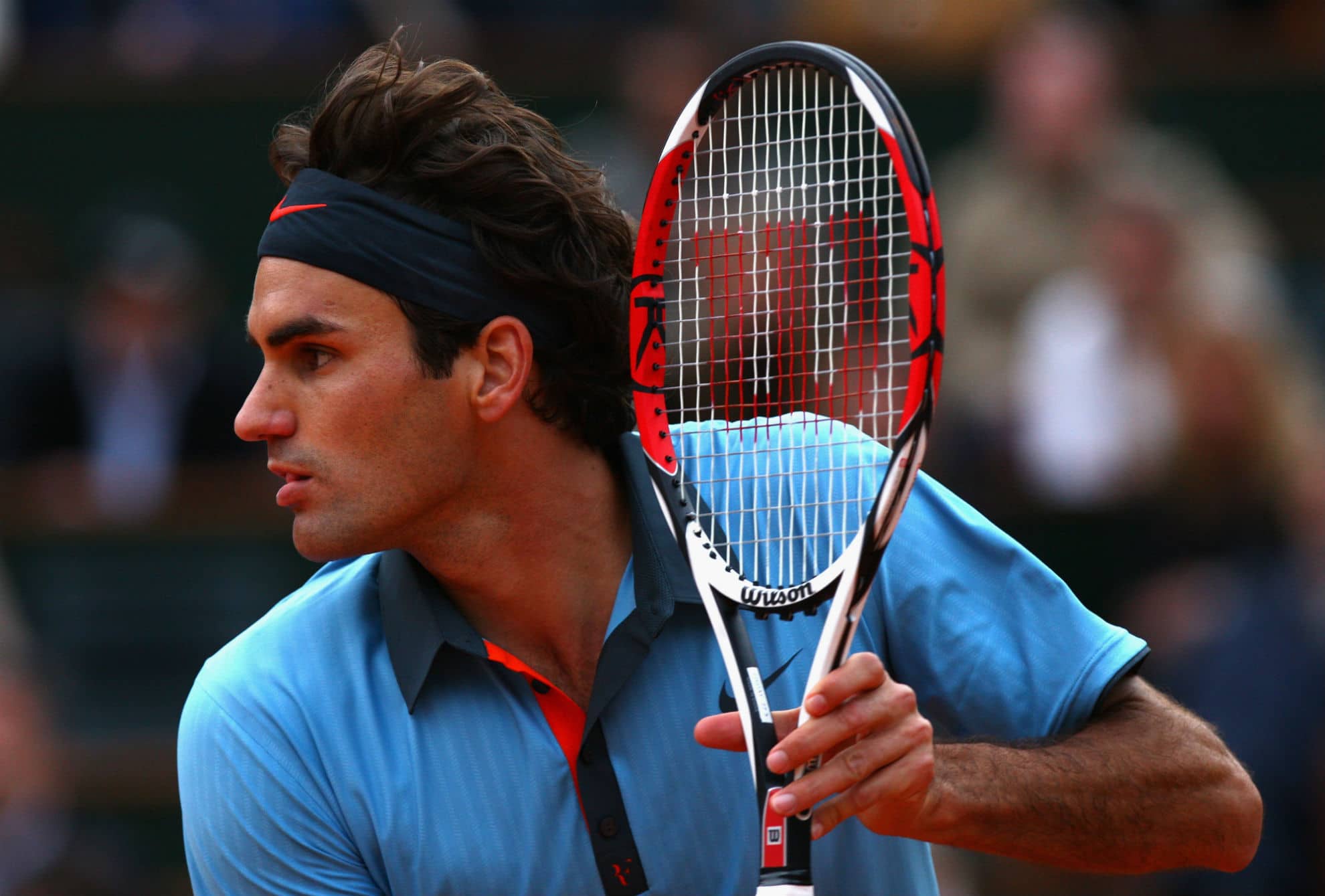 Federer's string savers are applied in a crisscross pattern across the five centre main strings and the fourth and sixth cross strings. You can just about make them out in the picture above but for those wanting to replicate Federer's string saver pattern I've marked them on the racquet below: 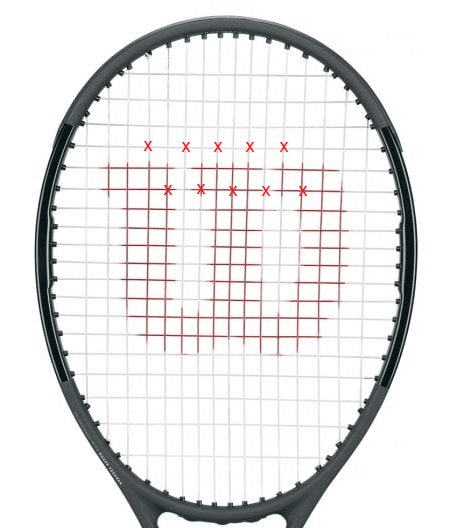 Should you use String Savers? 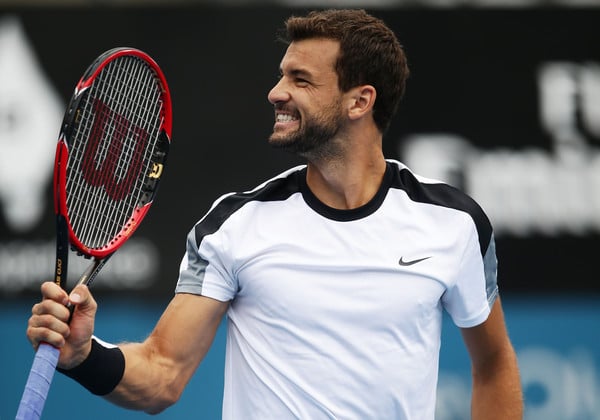 Like a lot of answers around tennis equipment, it depends. If you use natural gut as your string of choice, then I'd say yes, you should give string savers a go. You'll see an increase in the longevity of the string without any real change in playability.

If you string in a gut hybrid setup I'd also say yes, a poly can notch the gut quickly so string savers can give you a few more hours playing time.

With some hybrid setups, the string savers might stiffen up the feel of what is an already stiff poly string. But there'd be no harm in testing, if you like the feel they offer and get a boost in durability then it's a win-win situation.

For other types of tennis string like full beds of polyester or multifilaments, I don't think you'll get many advantages from using string savers. Poly dies quickly anyway and it's a very stiff string to begin with, so increasing that stiffness and string bed tension likely won't have a desirable effect.

If you’re a prolific string breaker and think string savers might get you some more play time out of polyester, I’d recommend you try out a co-polyester strung at a low-ish tension first. That should help you to strike a better balance between playability and durability

Are there different types of String Savers? 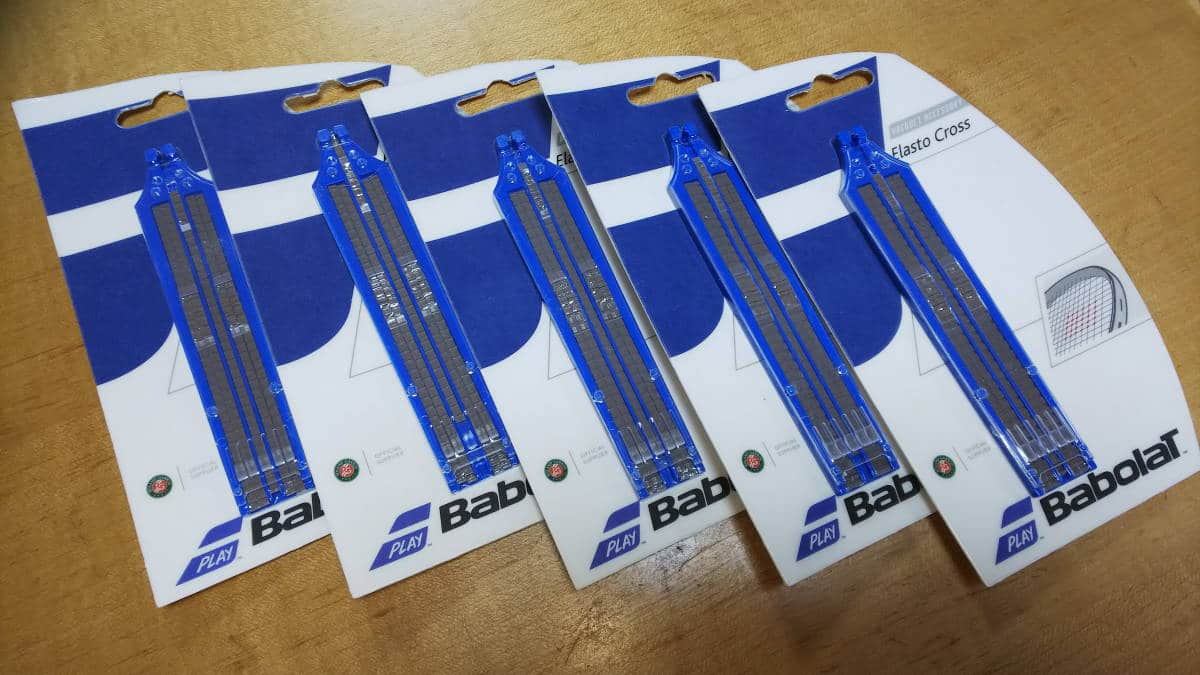 All string savers serve the same purpose but there are a couple of varying designs out there from the brands like Babolat and Wilson. All of them come in an applicator tool which is easy to use, just lever up the string and slide the string saver into place.

They are quite pricey for what they are, but if you're careful when cutting out your strings, you can reuse them if they're not damaged or misshapen.

I'm also guessing the arrival of 3D printing has meant that someone could make themselves a batch very quickly. Let me know if you have tried.

Wilson's new-ish take on string savers, I've not tried String Glide but I assume they do the job just like the more traditional ones below. 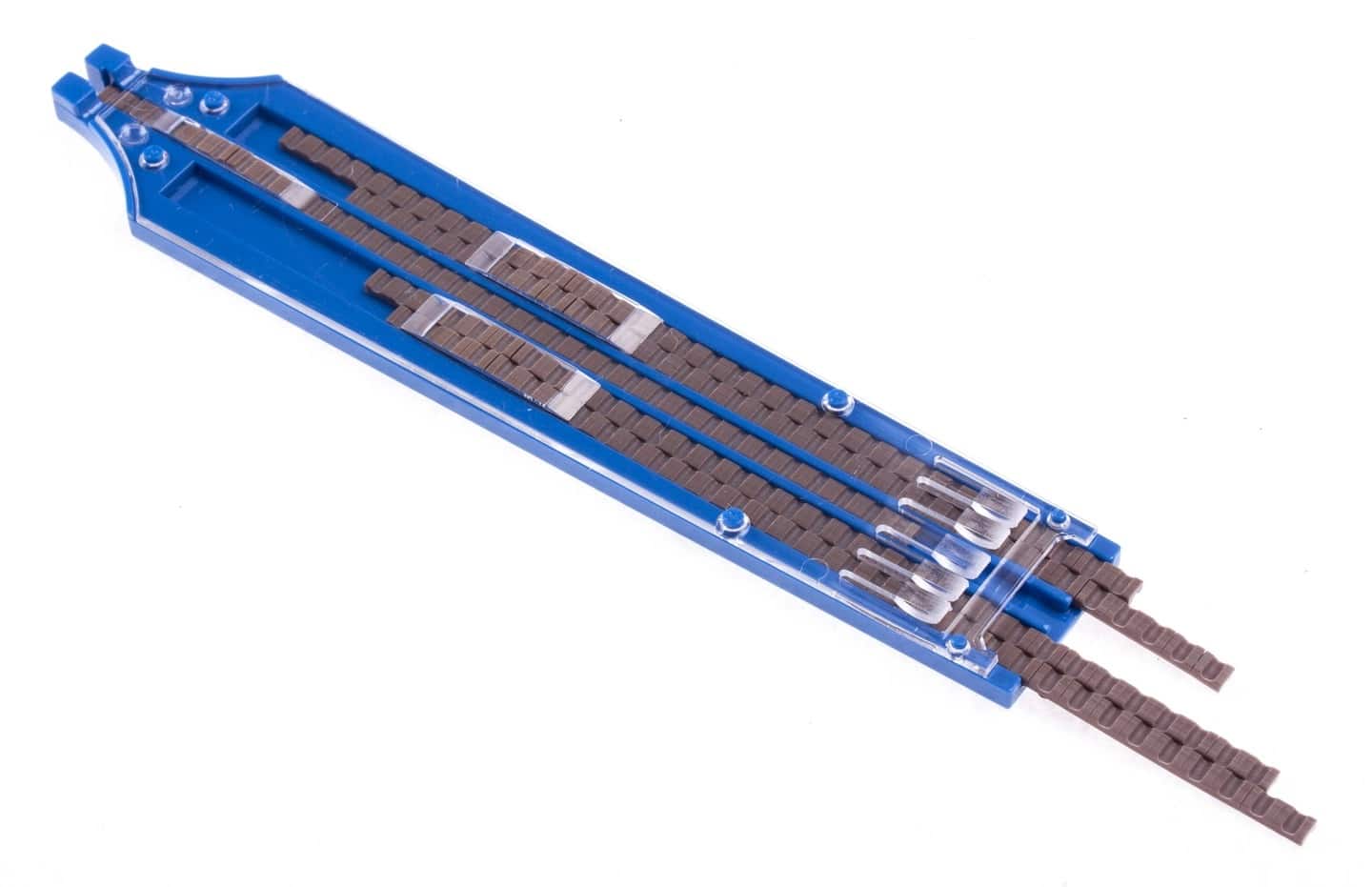 I use the Babolat Elastrocross string savers personally and I prefer them to the Tourna or Gamma ones. One tool pictured above has lasted me years as I've reused string savers by salvaging them when I re-string. 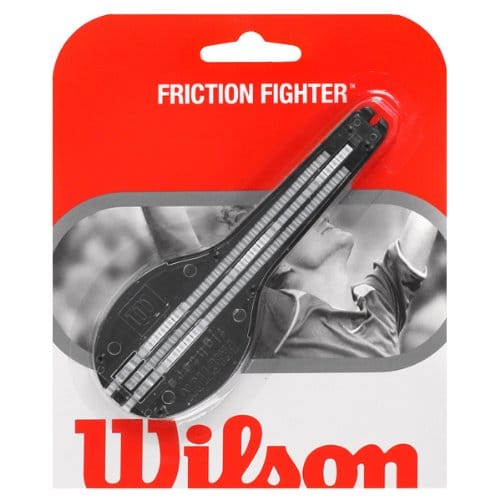 The Wilson Friction Fighters are the string savers Roger Federer has in his racquet. They're identical in design to the Babolat Elasto Cross string savers. In recent years they've become much harder to find with Wilson pushing the String Glide variant instead and I'm not even sure if they make them for retail sale anymore. 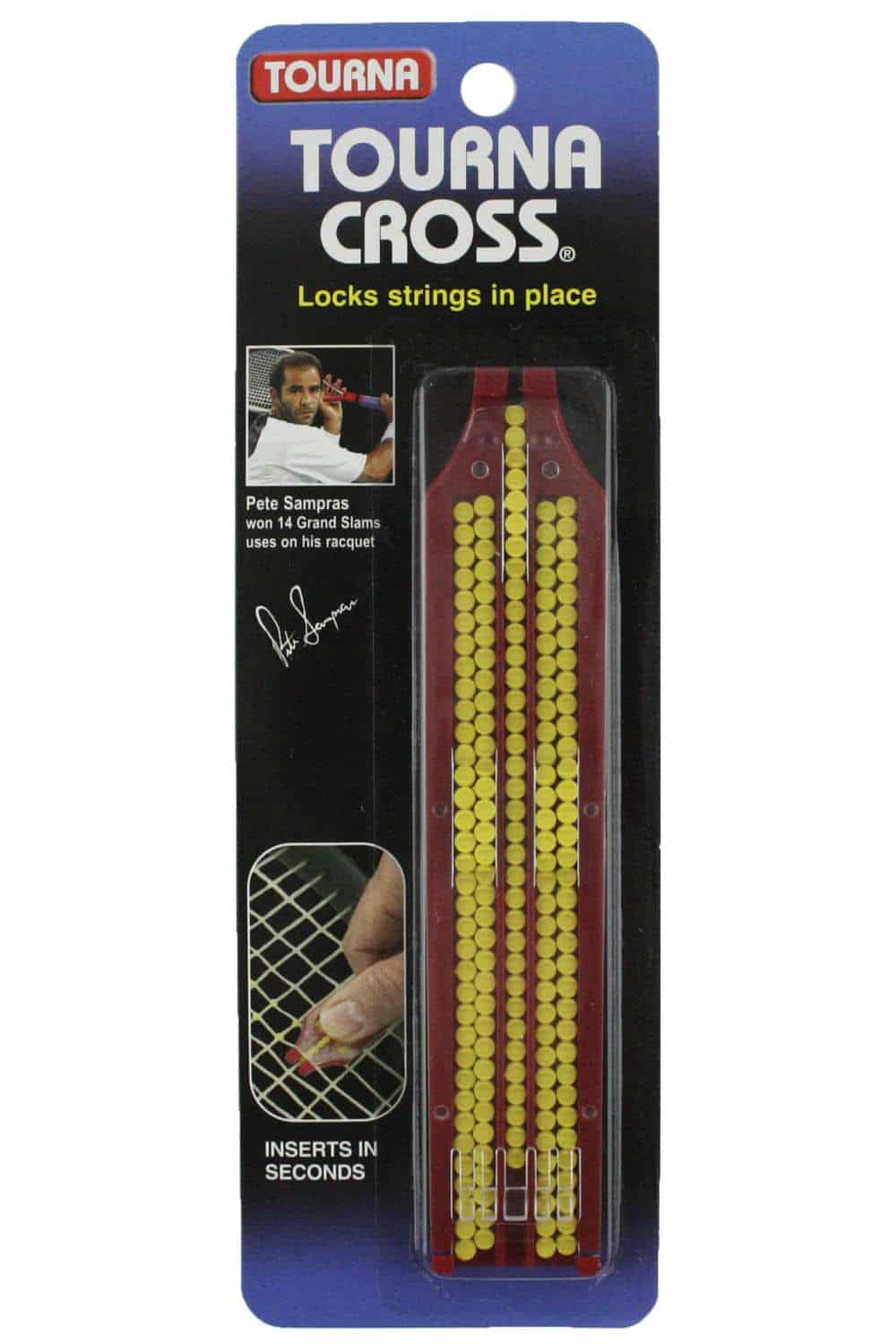 The string saver of choice for Pete Sampras is the Tourna Cross. I prefer the Babolat Elastocross ones overall in terms of shape and colour.

Got any questions about string savers or whether you should use them? Drop me a comment below. 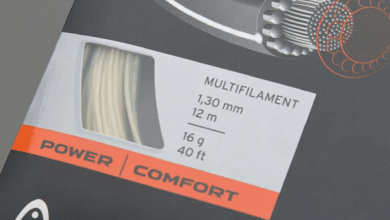 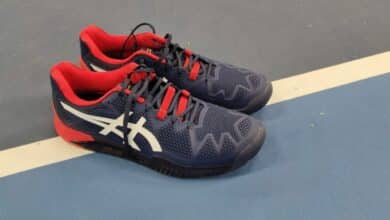