It was another sharp performance from the Swiss on the clay courts of Roland Garros which marked his 400th match at Grand Slam level, more than any other player in the history of the sport.

The records don't stop there either as he also became the oldest man to make the fourth round in Paris since Italy's Nicola Pietrangeli in 1972.

The 2009 champion will next face Leonardo Mayer in the last 16 after the Argentine defeated surprise package Nicolas Mahut in four sets. 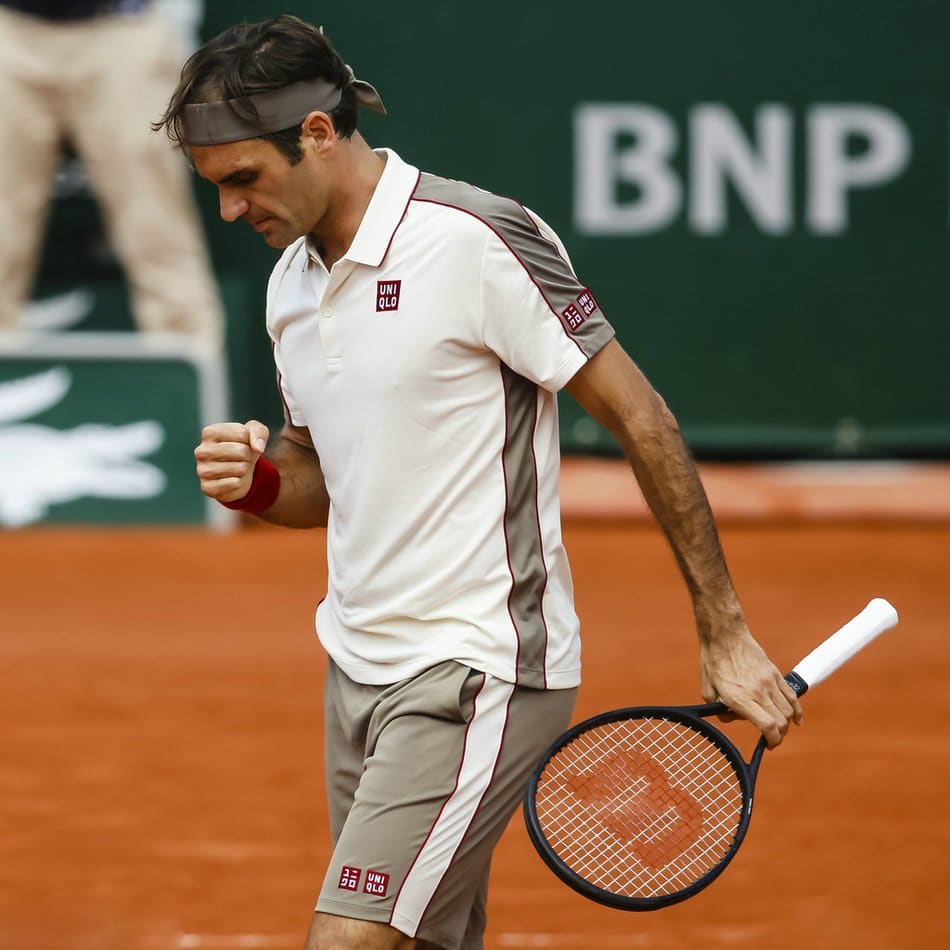 Federer won the toss and elected to receive. The Swiss quickly had half a chance at 15-30 but Ruud found two big forehands en route to holding for 1-0.

A love hold saw Roger level at 1-1 and the pair exchanged comfortable holds as Ruud moved into a 3-2 lead.

From game five Federer began to get to work, throwing in a serve and volley to level at 3-3 and then utilising the short slice to get Ruud moving forward as he broke for 4-3.

With the new balls flying the Norwegian had a chance to break back at 30-40 but he couldn't make the return and Roger held for 5-3.

The trend from game seven then continued with Roger using the slice then injecting pace on his forehand to cause Ruud problems as he sealed the set 6-3.

Into set two and Roger maintained his streak of games won with a hold from 0-30 to lead 1-0.

With Ruud in desperate need of a hold, he couldn't find it as he dropped serve from 30-15 up. A love hold saw Roger consolidate the break for 3-0 and he was able to keep Ruud under the cosh with a double break for 4-0.

Another quick hold put the Swiss up 5-0 and he'd won 9 games in a row in the blink of an eye. Ruud was finally able to get on the board at 1-5 but Roger served out the set, saving a break point at 30-40 after some casual play to take it 6-1.

Into the third and it was Ruud's task to try to avoid a completely one-sided scoreline and to his credit he got off to the ideal start, breaking for 2-0 after a flat game from Roger.

Unfortunately for him, he couldn't consolidate as Roger took advantage of a couple of short balls to get back on serve. A hold to thirty then put the Swiss back on level terms at 2-2.

With the Norwegian now making a fist of it from the baseline he forced the tie break. Into the breaker and Roger fashioned the early mini-break for 3-1, but he slipped up on his own serve, going wide with a forehand for 3-3.

The Swiss held his next serve for 4-3 and then got his second mini-break for 5-3. A slick 1+2 punch gave him two match points at 6-4 with a serve to come but a netted backhand saw the first pass him by.

Ruud then held both service points to have set point 7-6. A serve and volley followed by an ace put Roger 8-7 in front and at 8-8 a costly Ruud double fault gave Roger match point which he converted in style with a beautifully worked point that had the Nadal Academy man covering every part of the court. 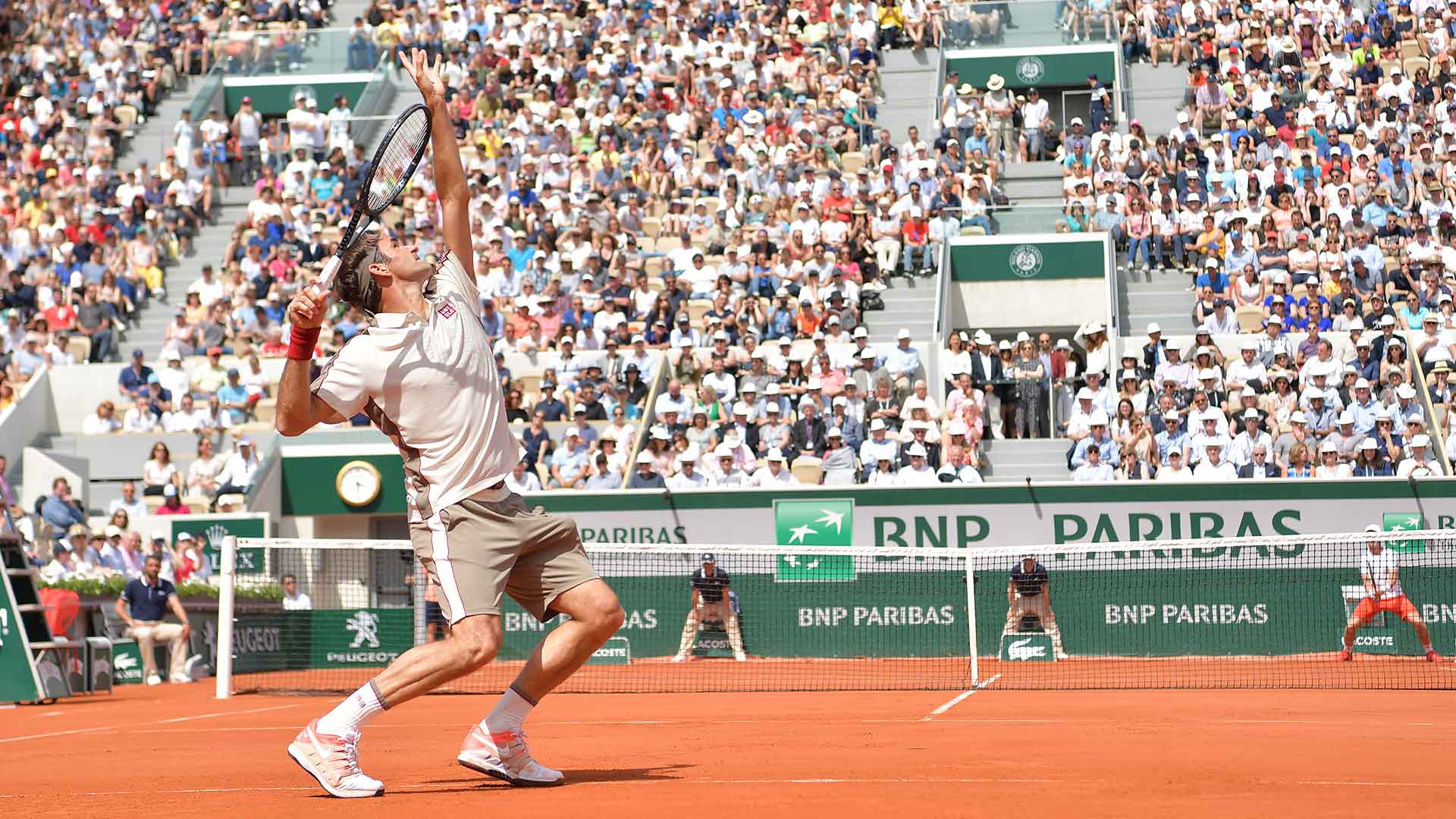 I enjoyed the match. I thought it was tough, even though I had a good run there for a while. And that also is very important for me to know, as well, that I can run through a set and a half and just take care of business and gives me confidence for the next match. That’s for sure. Federer on his victory over Casper Ruud

Another crisp performance here from Roger and he's through to the second week without dropping a set. The first two sets today were sublime and the third highly competitive but ultimately Fed had too much in the locker.

It's crazy to think that a guy who is almost 38 can move better than a 20-year-old but that was the case today as Roger showed off some slick court coverage when required and for the vast majority of the match, he was 1 or 2 moves ahead of his opponent.

After a competitive first few games, Roger used the Henman-esque short slice to bring Ruud in, then used his racquet head speed to inject pace and cause the Norwegian all sorts of problems. That run of 9 games was top class and when Fed is in full flight he's difficult to stop.

However, the third set did show that if Roger loses bit of springiness in the legs and you can keep him out there on the slower surfaces then you'll have chances. I thought he lost just a touch of intensity in the third, (which is hard to prevent in any match but it's more of a leveller on clay) and that allowed Ruud to find some rhythm and feel better about his game. Luckily Fed had the clutch serve, the experience and skills to not get drawn into a longer match than necessary.

As for Ruud, the scoreline in the second set was slightly harsh and I think he put in a decent performance, certainly showing some mettle to not let the loss of 9 games in a row throw him off completely. There's plenty upside to his game and I think he'll be a factor on clay in the future. Perhaps he doesn't move as well as some of the other guys in his generation but with no real weaknesses, a big forehand and Nadal on hand to practice with then good things are bound to rub off, the top 50 awaits.

It was nice to see him hang in there, I thought the first set also was tough, even though that was, it ended up, I think, double break maybe or 6-3. I can see why he’s going to be good in the future. He’s got a great attitude, very calm, very quiet, maybe very Norwegian, But it’s nice to see that he’s very focused, he’s got good energy. Even though he is maybe more on the calm side, also very fair, and no grunting and all that stuff. It’s just nice to play against a guy like that, to be quite honest. Federer on Ruud 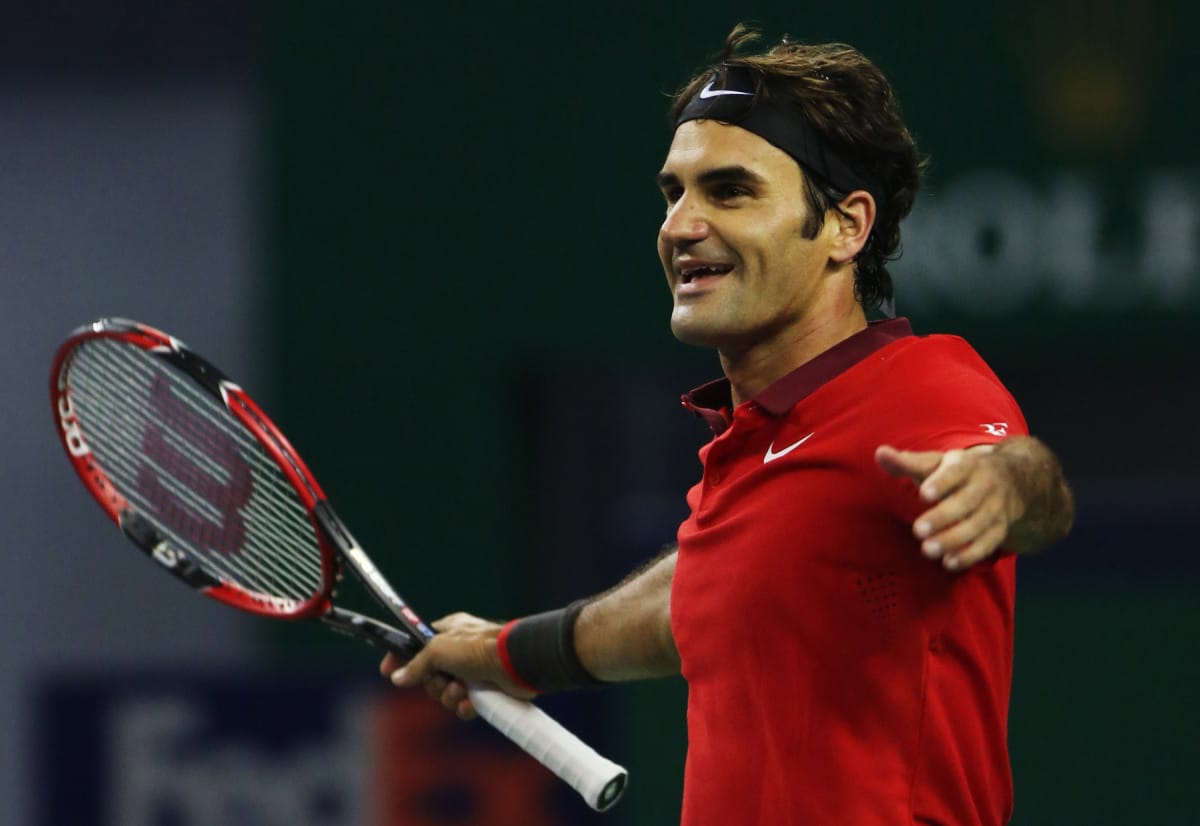 Next up is Leonardo Mayer who defeated Nicolas Mahut in four sets. Mahut pulled off two surprise wins against Cecchinato and Kohlschreiber to make the third round but couldn't set an all 37-year-old fourth round as the Argentine was a step too far.

In a way I'm glad as Mahut was massaging his glute with a tennis ball during changeovers so was clearly feeling the effects of playing singles which he's barely done this year. Had he progressed then 4th Round could have been a virtual walkover.

Instead, Roger gets Mayer who's a solid ball striker and on his day can be dangerous. His problem is that he's wildly inconsistent so it depends which Mayer turns up. If it's the one who took a set off Nadal in Barcelona earlier this year then he will ask Federer some questions, but it's rare for him to play at a high level over 3 or 5 sets.

I'm sure all Fed fans remember his match against Federer in Shanghai 😆 so it could be interesting but I think Roger has too much in his repertoire as he's shown in their last two meetings which were both straight sets.

What did you guys think of the match against Ruud? Predictions against Mayer? Let me know in the comments.