With the 2018 Laver Cup done and dusted for another year you'll no doubt have seen Roger sporting his limited edition all red Pro Staff RF97 design for this year's event. If you didn't see it then I've posted a picture below: 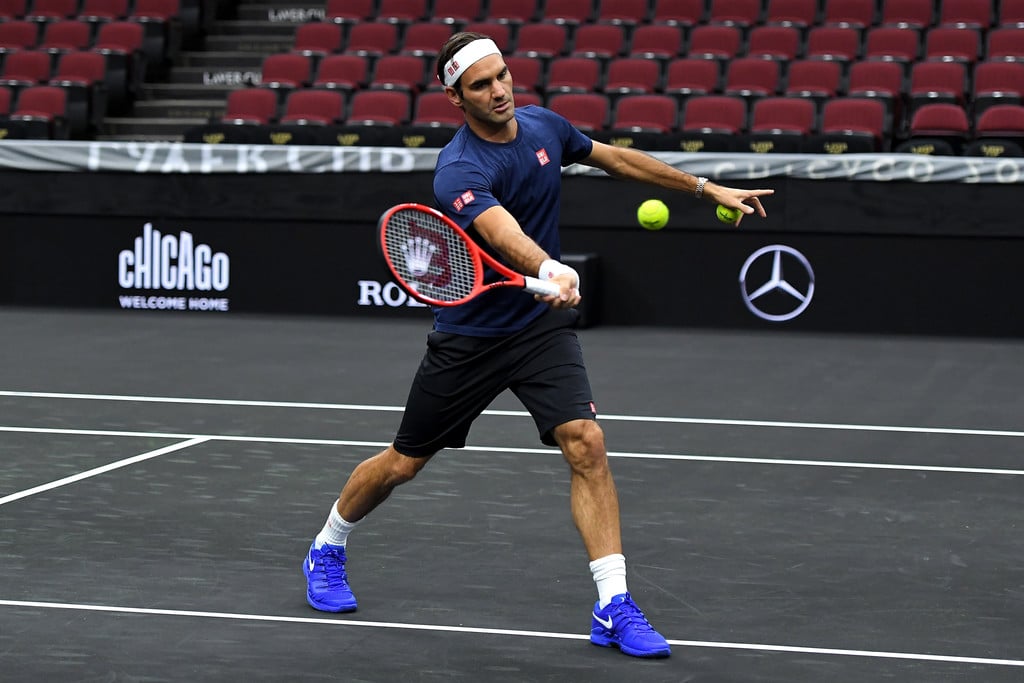 It's the second new paint job of this year following on from the Tuxedo Frame, and he also briefly reverted back to the all matte black frame for the US Open. The changes got me thinking about the racquet and whether or not it's a good buy — the answer is, it depends what you want it for. So let's take a look at the use cases.

I say yes, buy it. If it is part of a collection and just something that makes you feel closer to Federer then why not. They're not cheap and it's never going to go up in value as it's mass produced in China but it's a cool frame with a guy that's won 20 slams endorsing it.

It's also the closest thing you'll get to owning one of his frames without somehow getting hold of the real thing via one his Foundation Auctions. Just be aware, it is different to what Roger uses despite what the marketing tells you.

And please don't be this dumb:

Hahaha ‘it's autographed' cracks me up every time 😆

I'm new to tennis and want to play like Roger Federer

That's easier said than done 😀 but it's likely an RF97 is going to put you further away from playing like Roger than closer to it. You might look like Roger when you step on the court, but as soon as you need to swing this thing then the vast majority of players will struggle.

The problem is that the RF97 is a heavy frame at 340 grams unstrung. You might pick it up in the store, mimic a forehand and think it feels great, but the problems come in match situations when you're having to hit high bouncing balls or on the stretch.

The RF97 is an unwieldy frame for someone new to the game, so whilst it's brilliant when hitting balls in the strike zone when it's not you pay a heavy price. That is going to slow your improvement and maybe even take away some of the enjoyment.

So no, don't buy it, go lighter (there are lighter Pro Staff models in the same paint job if you are set on the design). For a typical adult male 300-315g is where you should be looking and I have detailed more about choosing a racquet in this post.

But I've seen the reviews on Wilson's website and tennis forums saying this racquet is awesome?

I don't doubt there are players using this frame and playing some great ball with it. But this is the internet, and most people struggle with the truth 😀 . A lot of people singing the praises of the RF97 won't be quite as good as they're making out. I'll pull no punches here and say most people using the RF97 aren't very good players. In some ways, it's a bit of a fanboy racquet and I should know, I used a Pro Staff Six.One 90 for a few years.

I play tennis regularly and I'm considering moving to the RF97

By all means, demo it but in some ways, the above still applies. Unless you're playing at a very high level of tennis, in which case you're probably not reading this, then the RF97 is unviable for most players.

I know there's some macho aspect to using a heavier frame, and in some aspects, heavier is better. For every gram you add you'll gain power, but you'll also lose manoeuvrability when having to defend. So for most players, a slightly lighter frame does a better job at balancing those two things. In the 300-315g range (maybe even lighter depending on your conditioning), you have high performance in the strike zone and the best possible performance when you're in a poor position e.g. off balance, full stretch.

I personally like to look it at from the aspect of what performs better in non-optimal match conditions. When you play matches you'll be spending time in tough spots and it's your opponent's job to make your life difficult out there.

If you're playing mugs that can't make you run and you barely drop points never mind games then the RF97 will actually be a joy to play with as it's stand and deliver. But if you're facing off against guys that are better than you, then you need a racquet that doesn't prevent you from attacking the ball when you're in a poor position due to its weight. The RF97 does prevent that which is why I don't recommend you buy it.

Other things to note about the Wilson Pro Staff RF97

If you're a serious player and want to buy this frame you will obviously be looking for a matching pair of them. Just be aware that Wilson's weight ranges between the same model can vary a lot.

The frame is 340g unstrung on the specs sheet, but it can be either higher or lower. I demoed an RF97 that was 356g unstrung so the tolerance levels are way out.

If you do buy, make sure you have a retailer that is willing to help get you two frames that are as close as possible in weight and balance on the RDC machine.

Remember, the above is my opinion and it's certainly not a dig at anyone who uses the RF97, it's just purely what I consider to be true. I've used heavy racquets and I know from testing that I play better with a lighter frame and physics tells me most other players will too.

As always, let me know your thoughts or questions in the comments. What are my chances at becoming a Wilson brand ambassador anytime soon? 🙂