The 2018 Shanghai Rolex Masters Draw took place at 10.30 am local time with Dominic Thiem, Gilles Simon and Di Wu present at the Kunlun Jing An hotel for the draw ceremony.

Gilou usually causes problems for Roger on the court but it looks as though he decided to cause one with a tricky draw this time around instead and you can see Roger's projected opponents below: 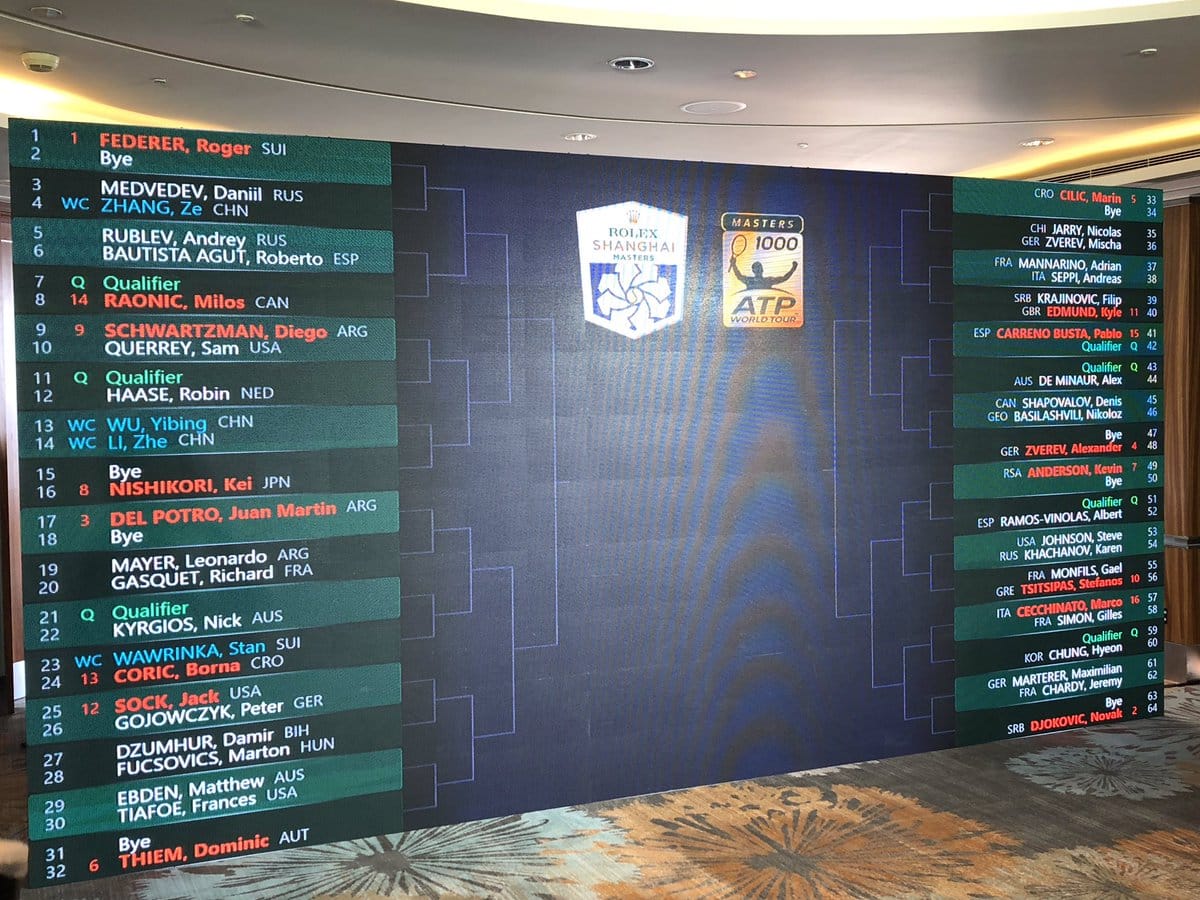 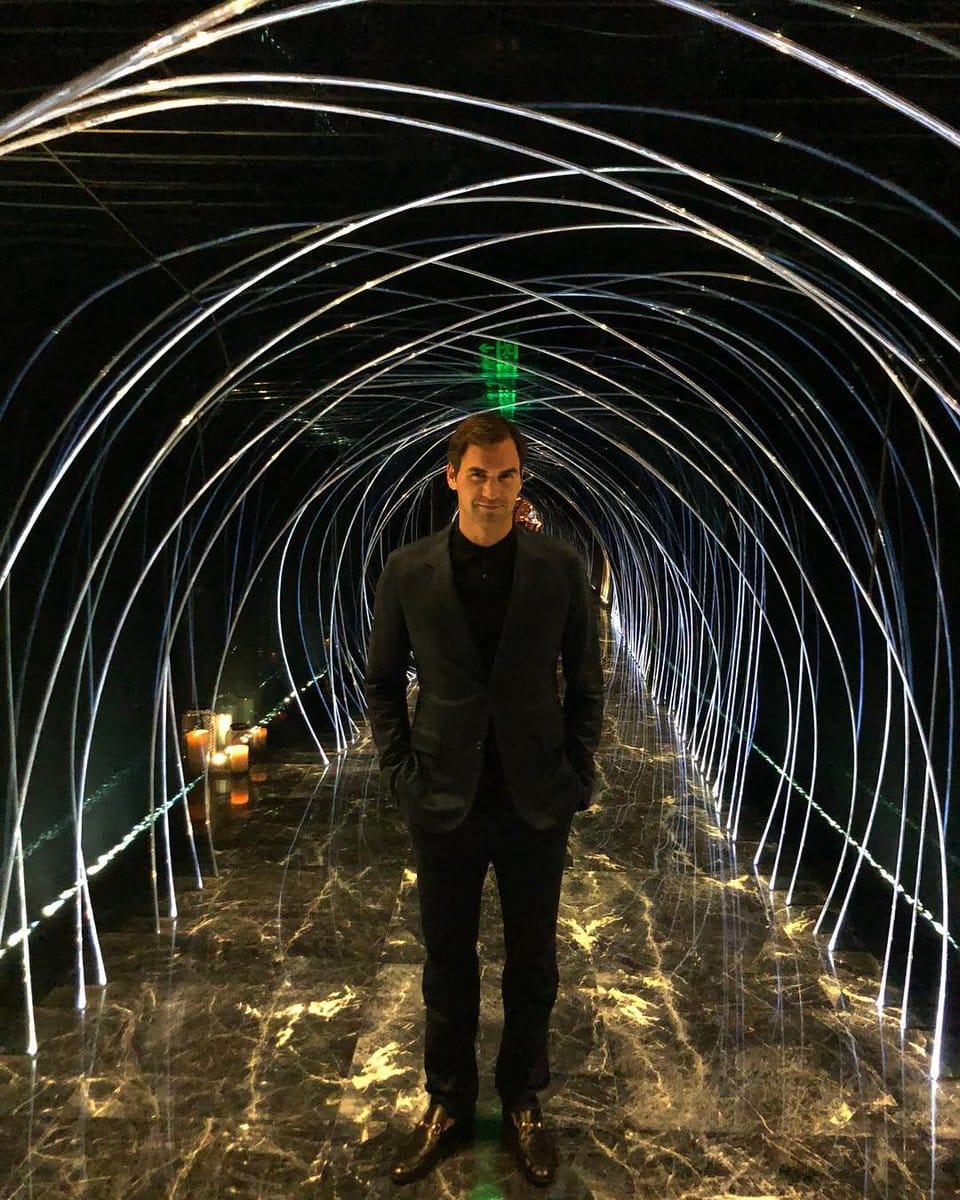 After the customary bye, it looks like Roger's first opponent could be Daniil Medvedev. The bad news for Roger is the Russian has been in solid form of late, playing well in St. Petersberg and following it up nicely at the Rakuten Open in Japan. The good news is he's got a final to play tomorrow in Tokyo and he will have played 7 matches in 7 days to get there having gone through qualifying so he's likely pretty tired.

Should they meet Medvedev is a tricky opponent, he's quick, has flat shots and Roger has never played him before so it should be interesting. There's always a chance you can get caught cold coming in without too much prep but I'd go with Fed and at least he got a run out at the Laver Cup which should help. He's practised a couple of times in Shanghai already too so the conditions aren't totally alien.

The third round has Raonic as the seeded player but he will have to face Agut or Rublev in the second round which isn't a given. However, although Agut has played well in Shanghai before I'm not sure about his form of late as he's had a few injuries stemming back to Halle and then Cincinnati.

Rublev isn't in good form either so I think the Raobot is the favourite to come through. Raonic's serve gives him a chance in virtually any match he plays but he doesn't seem like the player of a few seasons ago so you'd have to make Roger the favourite with his H2H record and ability to neutralise big servers as we saw against Isner in Chicago.

The Quarter's don't get any easier with Nishikori as the top seed. He's playing Medvedev in tomorrow's Tokyo Open final and he's looked in impressive form having not dropped a set there. When Kei's on he's awesome to watch with compact strokes, quick feet and hands and he can take it super early. That can obviously cause Roger problems but the Swiss has won the last four meetings and if he can get after Kei's serve it's tough to see the Japanese being able to build pressure on the return.

The semifinals then has Del Potro as the top seed. After withdrawing from the Laver Cup he's made a comeback in Beijing and is in tomorrow's final. Looks like he's bidding to try end the year at Number 1 with that move.  The Argentine has only managed to play in Shanghai four times in his career but he's made the final and semi-final before so has to fancy his chances of a deep run. Kyrgios, Stan, Coric and Thiem are all in his Quarter with the Austrian finding some hard court form winning St Petersberg last weekend.  I'll pick Del Potro to come through even though he's not usually a back to back tournament man. 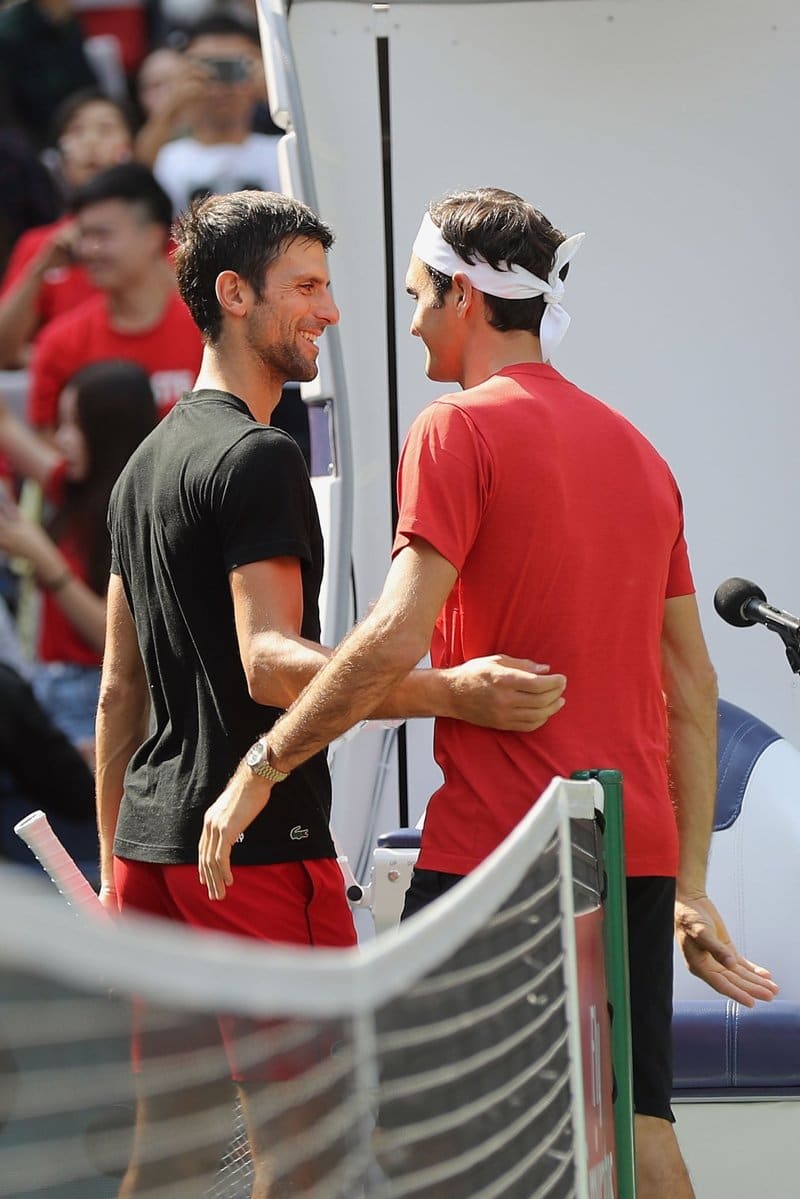 As for the final with no Nadal in the draw, Djokovic is the number 2 seed and it will be interesting to see how he goes after winning the US Open. He looked a bit tired at the Laver Cup but he's had a week off and practised after Roger in Shanghai today #lavercupftw. Cilic, Anderson and Zverev are also in that half but it's only Big Kev who's shown form of late.

Anyway one match at a time and I'm guessing Fed plays Wednesday against Medvedev or wild card Ze Zhang.

What do you guys think of the draw? Let me know in the comments. Also, he's back with the all black racquet. Looks like the Tuxedo is off, for now, identical frame so psychological reasons it seems…