Let me first begin by stating that I have no illusions of fully expressing my deepest thoughts on what I'm about to write. I am not the genius writer that was David Foster Wallace, who authored possibly the single greatest piece of literature on Roger Federer, “Roger Federer as Religious Experience,” and whose talent likely evolved into depression as he took his own life a few short years after writing that timeless masterpiece. Tennis fan or not, I highly recommend anyone google that article as it will provide inspiration to any and all who read it in any walk of life.

This will not be an essay about the artistry of Roger's game, but rather the impact he's had on the world because of it. Those who watch and play already know that Roger Federer playing tennis is, simply put, poetry in motion. By all standards currently known to the tennis world, his usage of kinematics is as near perfection as the human body can ever hope to muster in its most natural form. It's as though striking a tennis ball was never meant to be struck in any other way and unless you experience it for yourself, it's difficult to appreciate what he does on the court, but even so, the casual viewer will note that his style of play is quite different from everyone else: past, present, or in the immediate future.

To give some context, I'm writing this after having a week to digest the “not-so-epic” clash that took place between him and his great rival, Rafael Nadal, during the semis of the 2012 Australian Open. I needed to rationalize what happened because as much as I admire Federer, I could not understand why it looked to me like he was utterly lost during the most crucial moments of a career-defining match–particularly after he had such a phenomenal re-emergence over the past few months leading up to it. Those precious fleeting moments are what give us fans a rare glimpse into the true heart of a competitor and I cannot help but feel that we missed a chance to witness something great. Roger has shown us time and time again an uncanny ability to overcome disappointment, which is why it disturbs me when he folded the way he did. The ultimate stage was set, the stars were lined up, and he blinked. Again. Which is why I hope the following thoughts will provide some insight and possibly closure to those who have also been in a funk after watching our hero fall.

It seems the way Roger lives his life very much parallels his approach to tennis. He is always very calm, clairvoyant, and notably considerate of his peers. Admittedly, I exaggerated just a little bit in the title, but I actually do believe Roger's tennis serves as a steady framework for life (pun completely intended!!). There is a reason why Federer is considered one of the most ‘respected & trusted' persons on the planet. It doesn't matter where you're from or what language you speak, you can be proud of the way he carries himself on AND off the court. In fact, Federer has always exhibited frightening wisdom beyond his years the very moment he became a recognizable figure. It's actually quite humbling when you think about it because that tells me he began seeing the bigger picture at a very early age–that is, he realized what his potential role could be on a global scale, on history, and he understood the implications of that responsibility. Whether or not that influenced his positive nature, I cannot say on his behalf, but that is certainly no different from the way he has managed his career up til now. They are undoubtedly connected for that reason. Roger has always talked about planning far ahead and I can see now; that philosophy applies to virtually everything he does.

What's this have to do with his underwhelming performance last week? Like many of his supporters, I had to question his decision-making and worse, his heart, because it was blatantly obvious he wasn't laying it all on the line the way Rafael Nadal routinely does without a second thought. I'm sure personal pride played a role as well as Roger's elegant (read: superior) style of play cannot be bothered with the image of desperation that would normally be associated with chasing down balls, but I think the more prominent reason for his seeming unwillingness to match Nadal's intensity is deeply tied-in with his goals for the future. Perhaps we are mistaking ‘lack of effort' with ‘purposeful preservation'. It's no secret that grinding out every point wears down the body as Nadal, five years Federer's junior, painfully knows all too well. For years, Roger has openly expressed a desire to compete at the highest levels for as long as he can and if saving himself now means in five years he'll still be competing for championships while the Nadals and Djokovics are forced into injury retirement, a loss here and there needs to be paid for that longevity. Rafael Nadal could very well be the fiercest competitor in sports, but he's paying his own price for that choice. I thought about Federer's passiveness and realized it would take a great deal of patience and maturity to stick to such a game plan, especially when you're losing. You have to truly believe in your own skill and play within your limits, which ironically, conflicts with the very nature of being competitive as it often requires you to go beyond. I have no doubt in my mind that Rafael Nadal is willing to die on the court, but this blind tenacity could very well be the same source of his downfall that will rob him of the future. To put it another way, now that the Australian Open is over, who is the still the freshest player ready to fight another day?

There are so many lessons that tennis can teach us about life, I could dedicate an entire section to just that, but I'll have to leave that for another time. Hopefully, after reading this, instead of getting down the next time Roger loses a big match, it will better prepare you for that disappointment when it does happen, and not only from watching tennis, but for life in general. Obviously, no one can stay at the top of the game forever. Contrary to wishful thinking, it actually is impossible. This is precisely why we need to appreciate the moment while it's happening because it will eventually fade into memory whether we like it or not. Reminiscing is certainly nice, but nothing compares to being in the moment. Sometimes failure can drive us to do even greater things and we've seen how losses have often re-ignited Roger's insatiable desire to be the best. The same can be said after this loss, although win or lose, it will ALWAYS be a pleasure to watch him play because what he creates on the tennis court goes well beyond the scoreline for those of us lucky enough to realize it. I know in my case, Roger Federer has given me a glimpse into a world of what's possible…..no matter how impossible it appears to be. 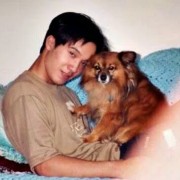 I suppose I should write something clever here, unfortunately, I don't feel I have the charisma nor the matching wit to pull that off, at least...not without looking like a complete douchebag. It's all good though because you've already taken note of my self-deprecating humor and that needed to be established.