In recent posts, I've looked at Roger Federer's string saver pattern and the leather power pads he has installed in the throat of the frame. But what string tension does Federer use in his RF 97 Autograph racquet? Does it change dramatically throughout the year depending on surface and conditions? Let's take a look.

The Laver Cup is an indoor event, so is he always using this tension across the year? The answer is no, but Federer doesn't alter his tension that much throughout the season.

Of course, if Roger is playing somewhere like Indian Wells where the air is thinner, he will string a little tighter than when he travels over to Miami a week later, but the changes are only subtle.

His long term stringer, and friend, Ron Yu, of Priority 1 had the following to say:

Over the year Roger doesn't change that much, his lowest tension will be around 26 kgs and his high will be around 27 kgs. Generally, he doesn’t vary much more than a kilogram throughout the season. He will, however, have racquets strung at different amounts for matches. For a three-set match we'll string him eight racquets and he’s doing four at one tension, four at another. Typically four at 26.5 and four at 27. But he doesn’t vary too much at all from 26 to 27 all throughout the year. Ron Yu, Priority 1

Regardless of tensions, Federer's racquets are always strung with 1.30mm Wilson (Babolat) Natural Gut in the mains and 1.25mm Luxilon ALU Rough in the cross strings.

Why Does Federer Use a Different Tension in the Mains Compared to the Crosses?

As you may have seen in the picture above, Federer always strings his cross strings one and a half kilograms less than his main strings.

The reason why different tensions are used is that when you have a softer string like a natural gut in a hybrid setup with a stiffer string, the softer string needs to be strung at a higher tension. This is to create a similar or equivalent stiffness level compared to the less elastic string in the crosses. This creates a more consistent feel across the string bed.

The other school of thought here is that stringing the crosses at a slightly lower tension increases the ‘sweet spot' of the racquet. This results in more power due to ball pocketing as the main strings are allowed to move more freely.

Has Federer's String Tension Changed Over the Years? 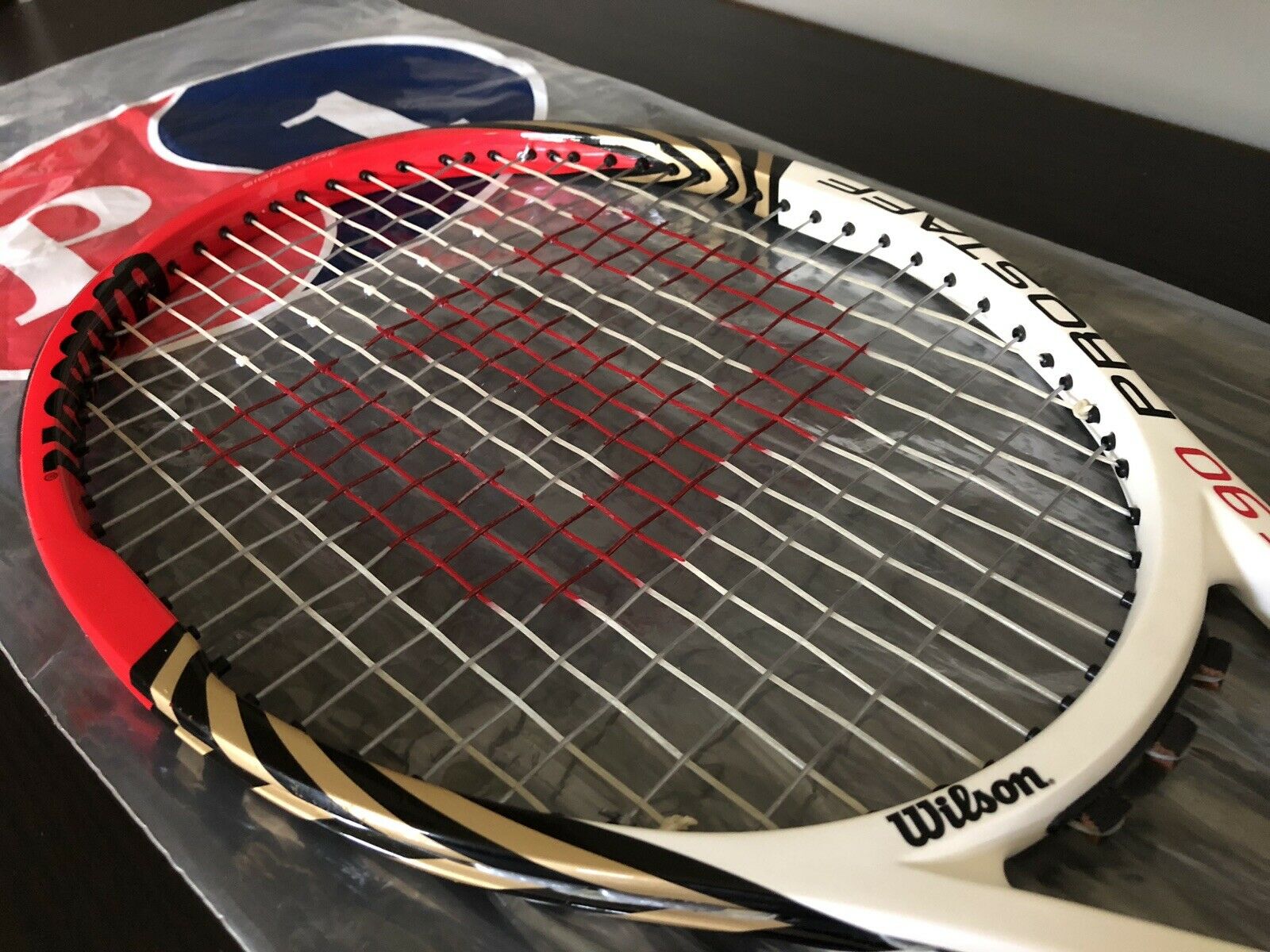 The change of racquet in 2014 had to bring about a tension change because of the head size increase. The Swiss switched from the long term 90 square inch racquet to a new 97 square inch model. With the 90 he was stringing at around 22-23 kilograms (~48lbs). However, the larger head size sees him string up at 26 and 27 kilograms.

The reason here is that the strings are slightly longer in the 97 square inch frame and the stiffness of a string when tensioned is directly proportional to its length. A larger head size racquet means that had he kept the same amount of pulled tension it would be distributed over a longer section of string which changes the feel and power. To offset this, you have to string at a higher tension on a bigger racquet.

Why Does Federer Use Priority 1? 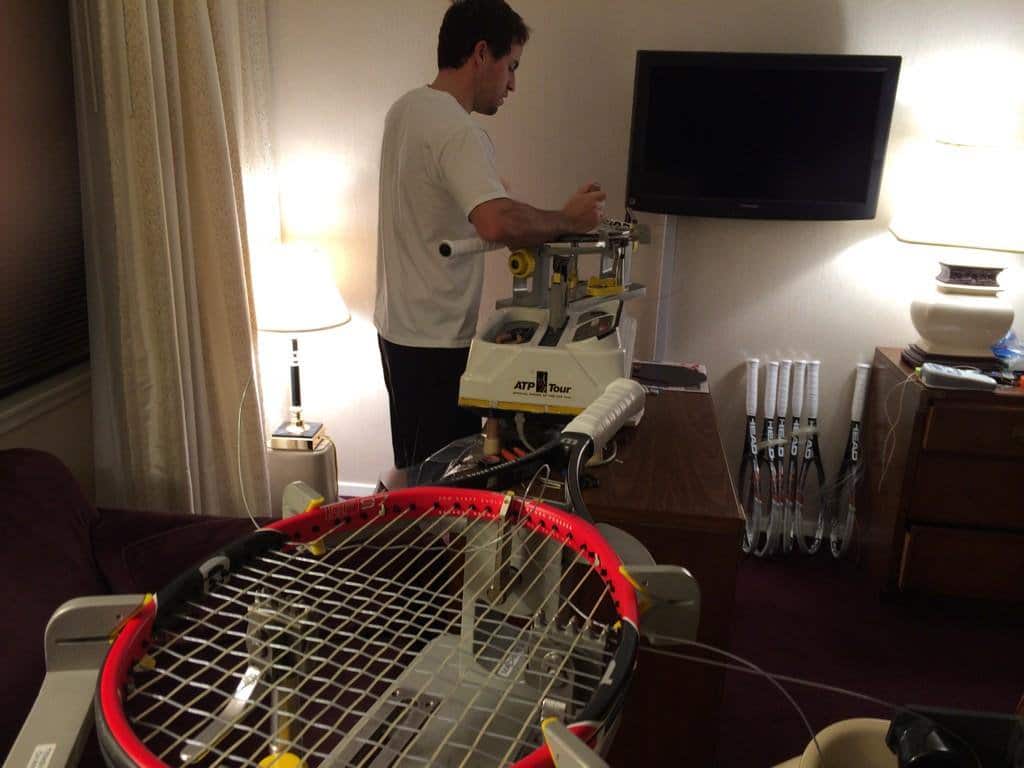 The reason Federer uses Priority 1's services is consistency across the year. While Federer isn't one of the more meticulous players like Tim Henman, who was very sensitive around his equipment, he still wants that consistent feeling for the forty-odd weeks a year he spends on tour.

By using Priority 1, Federer gets a guy in Ron Yu who travels with a stringing machine that is calibrated for accuracy at every tournament they attend. As a result, Federer gets the same feel, no matter where he is playing.

Yu even tries to keep the time between when the racquets come off the machine to when the player is scheduled to play consistently throughout the tournament.

That is because the tension of the stringbed will change depending on how long the racquet has been sitting around before play.

For example, if Federer's first-round matches were done 8 hours before play, then Yu will maintain that for all future rounds. That means if the first match was a night match and the second round match starts at 1 pm, then the alarm is going off at 3 am to maintain that timing 😲 .

Do you have any questions about Federer's string tension? Have you tried a similar string setup with different tension between the crosses and mains? Let me know in the comments.