If you cast your mind back to September you might have seen Uniqlo post on their Instagram asking users to vote on Roger Federer's outfit colour for the 2018 World Tour Finals. 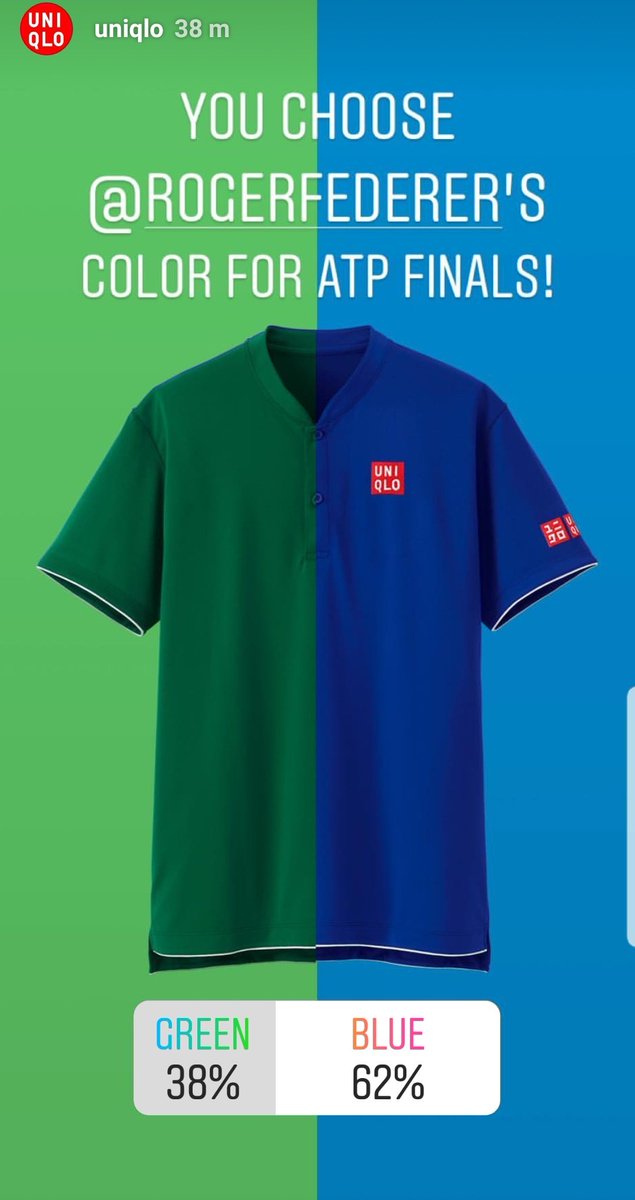 Blue one that poll and true to their word Uniqlo had produced the following polo for Federer at this years Nitto ATP World Tour Finals: 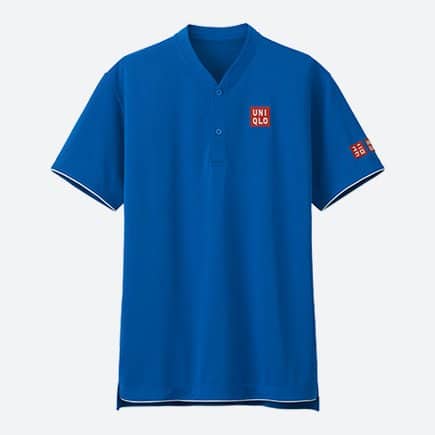 Uniqlo doesn't don't really do any previews and they don't tend to launch any outfits in sync with the tournaments that Roger will wear them. So when will it be available? Who knows, I would guess at some point during or even after the World Tour Finals.

The Uniqlo Roger Federer landing page hasn't been updated since the US Open outfit on the .com. You can, however, purchase the pink Basel outfit from the UK store here and it's also available on the Japanese language version of the site.

Anyway, which one do you prefer? Blue or Green? I'm not sure who made the photoshopped side by side image whether it was a Uniqlo job or @norinchi_df who posts a lot of Federer pictures on Twitter which is where I found it. I'm happy blue one but green might have worked against the courts in the O2. 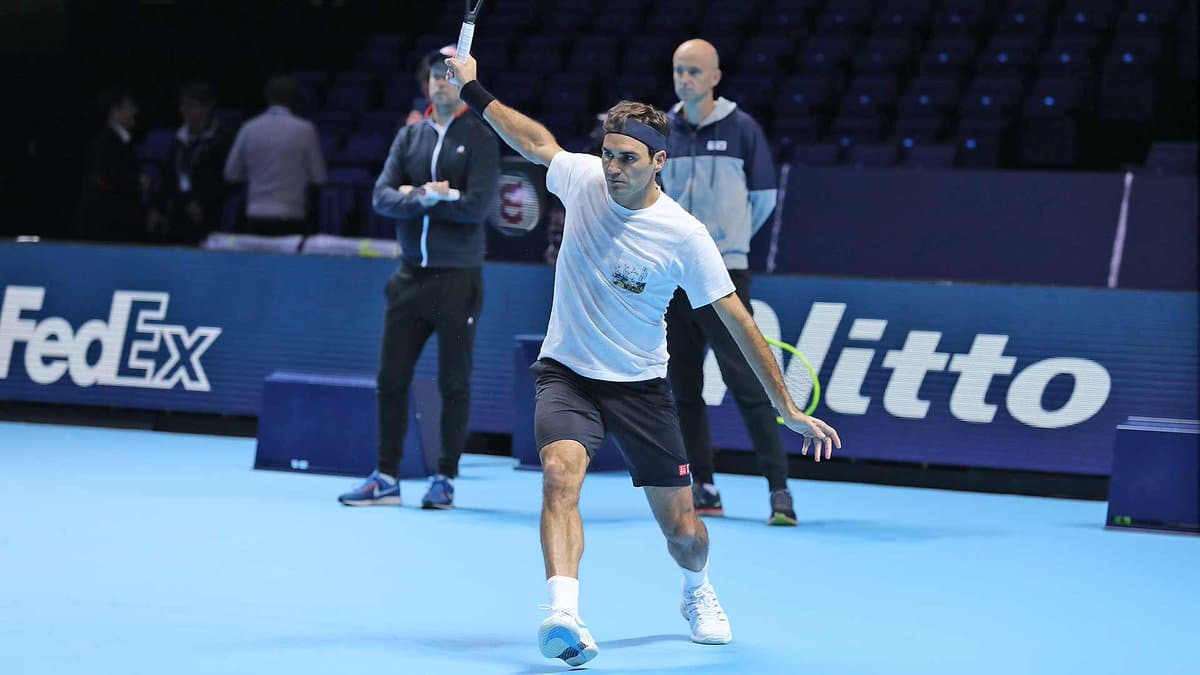 Finally, Roger arrived in London on Tuesday, practising at Queen's Club first but he's now had a hit on the O2 Arena Court.

I thought he'd arrive later in the week seen as though he was back in Switzerland doing Credit Suisse work but he's got there early and from the videos, I've seen has been practising a fair bit, including with Jack Sock which doesn't look too serious 🙂