Here is Roger Federer's outfit for Indian Wells 2019. Unfortunately, Uniqlo are yet to unveil any official pictures or list it on their website for general sale but Roger wore it as part of a Wilson photo shoot in Indian Wells which you can see below.

Update: Uniqlo has produced a new mint green outfit for the Miami Open. No announcement he just turns up in them 🙂 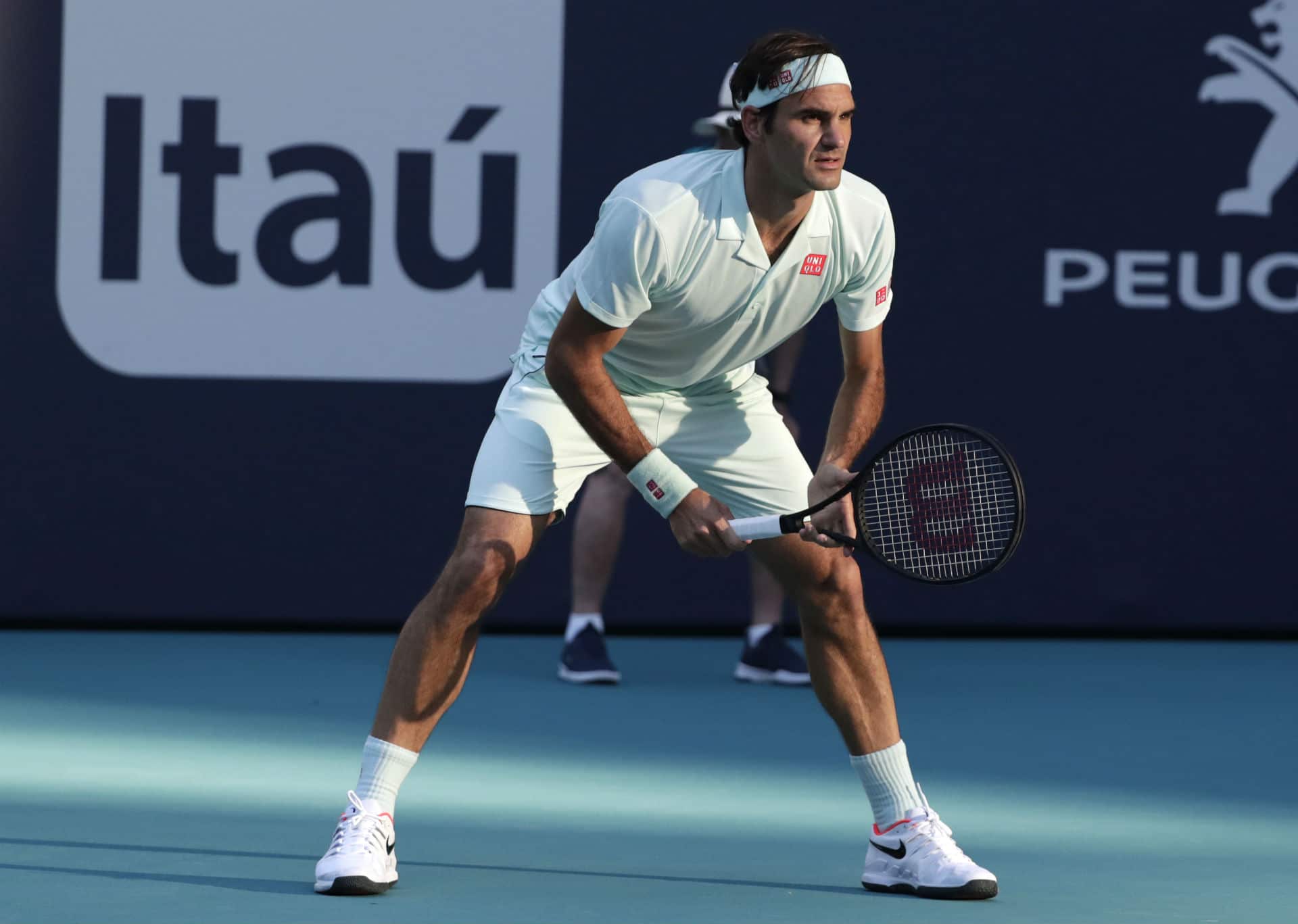 Update: Roger is wearing all white at this years Indian Wells, not the blue he was sporting during a pre-tournament photoshoot. 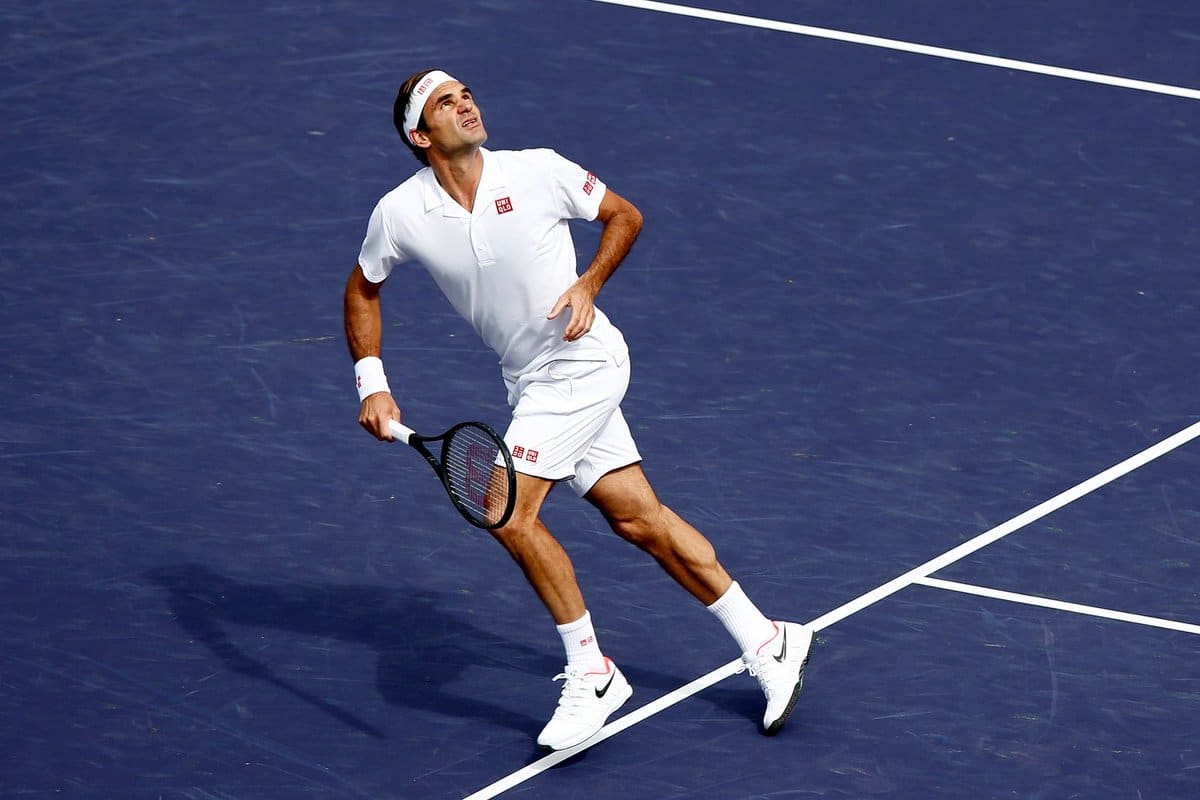 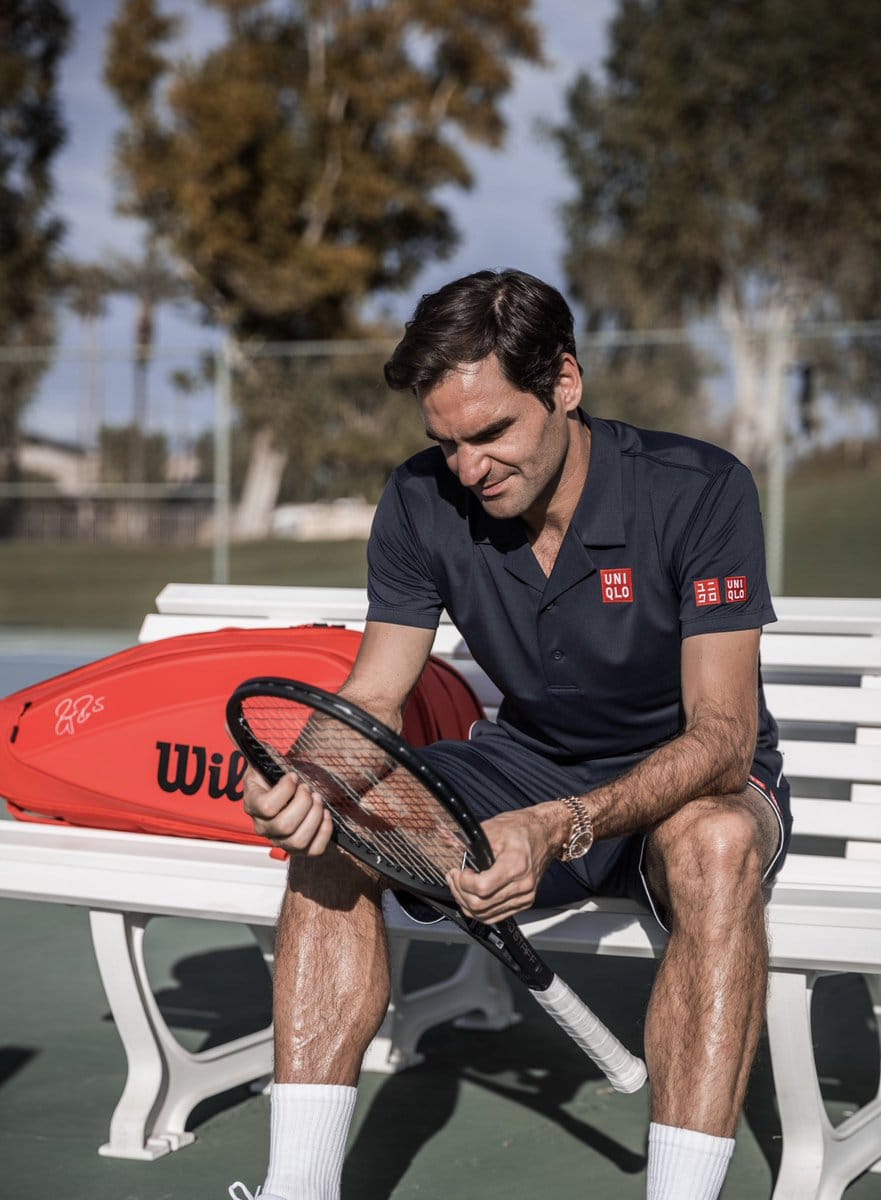 It's the same design as Roger's outfit that he wore at the Australian Open and in Dubai last week but is just a darker navy blue.

Like I said about the other colourway of this design I think it's just ok. I'm not a huge fan of the collar as it looks almost formal with the buttons and how it sits so I hope they come up with a new style for the clay and grass court season. 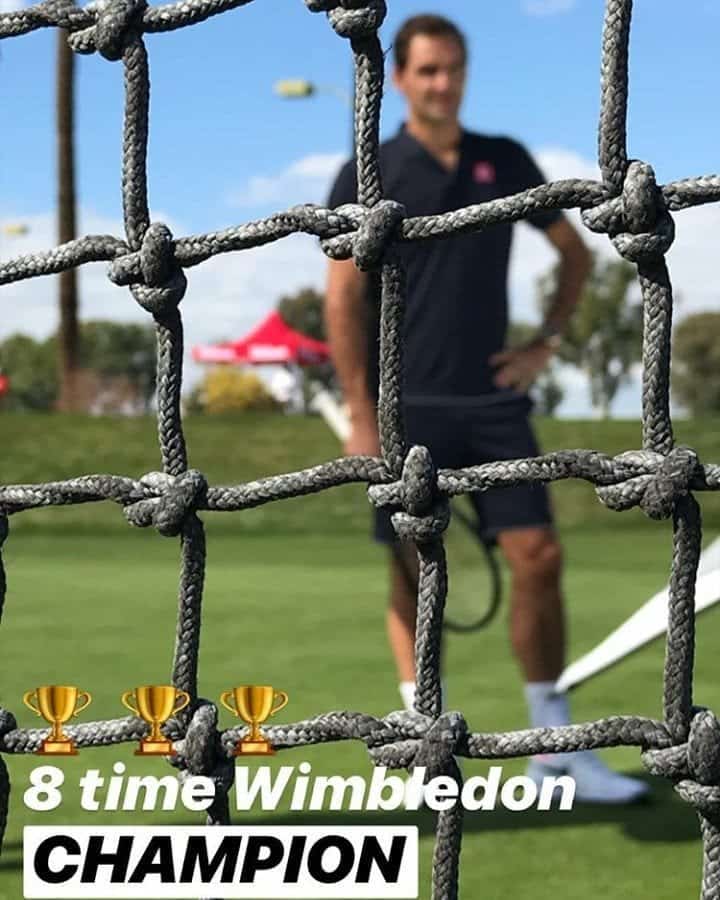 I much prefer the casual stuff he's wearing in training and around the Indian Wells Tennis Gardens. The line he's wearing at the moment is the Uniqlo SPRZ NY line which launched at the companies 5th Avenue NYC flagship store.

All the items in the line are inspired by influential artists including Andy Warhol, Jean-Michel Basquiat, and Keith Haring. They were exclusive to the store but are now available on the Uniqlo website too. 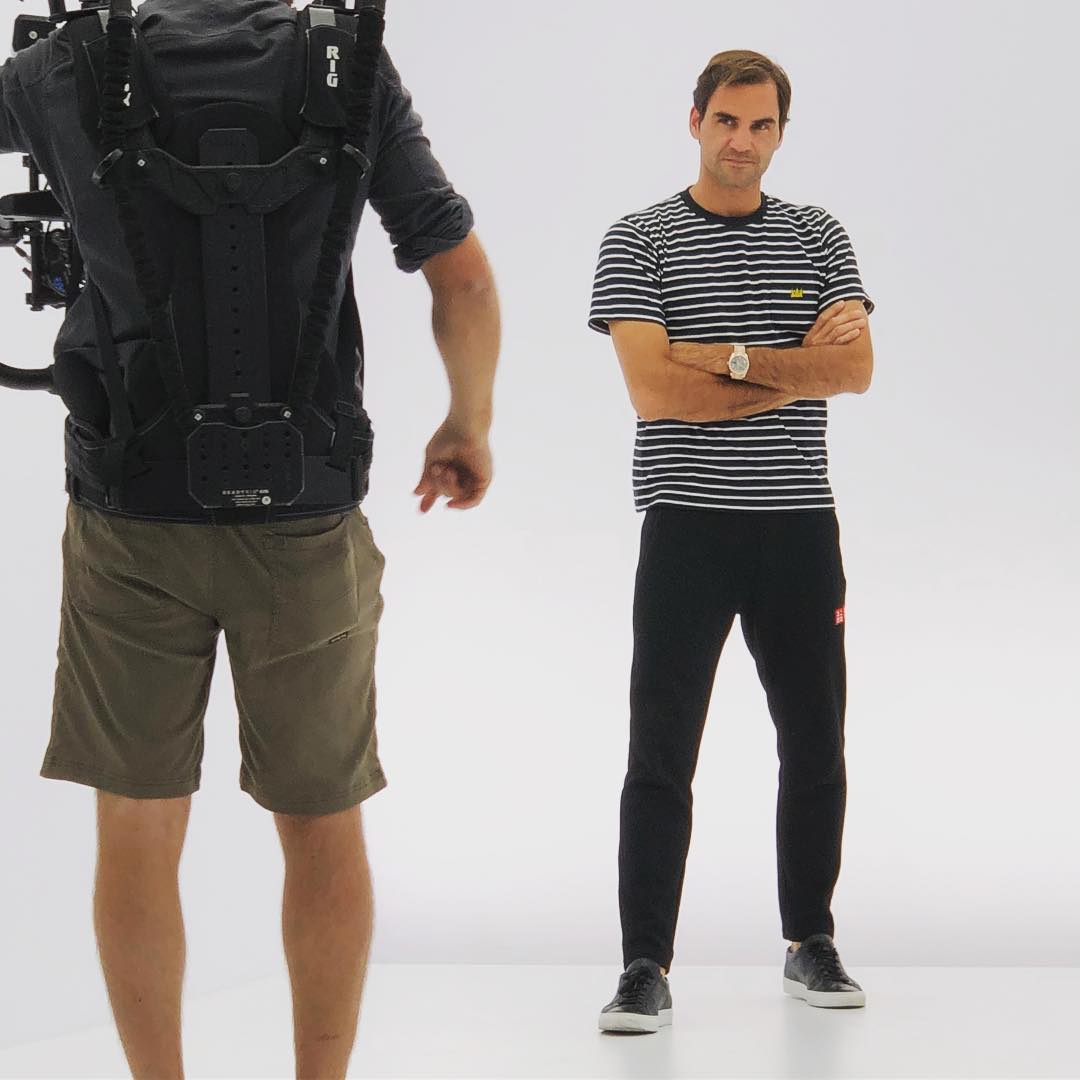 Also thanks to those of you that let me know Uniqlo gear was good quality on my last outfit post. I bought a Uniqlo hoodie earlier this year which is the first item I've owned by them and it's been a good buy. Something comparable of Nike's would easily be £80 and I picked this up for around £20. No brainer!

What do you guys think of the outfit? Are you a fan of the new colour for Indian Wells and Miami or do you prefer the Dubai blue? Let me know in the comments.