For 2022, Prince has revamped their Textreme Tour line, adding their Anti-Torque System (ATS) technology and, of course, a brand new paint job.

For this playtest, I picked up the 290g version, which is the lightest in the range and targets beginners and intermediates looking for an arm-friendly, easy-to-swing racket.

How does it play? Find out in this full Prince ATS Textreme Tour 100 290 review and playtest.

The new Textreme Tour line features a white base coat with a splash of solid black in certain areas and then a geometric line pattern on the throat and hoop in orange and cyan colours.

The head guard is orange, as are the grommets with that same orange used for the logo on the Prince Resi Pro grip.

I'm a fan of the design as I like white rackets and the injections of colour give it a bit of a funky look. The fonts used also work well for the ‘Tour' branding.

The only area I don't like is the grip, as I am not a fan of having logos on them; however, that is quickly fixed with an overgrip.

My Specifications and Setup

After removing the grip cellophane, I got the Prince on the weighing scales. The unstrung weight specified by Prince is 290g, but mine was over that at 294.4g.

This variance is pretty standard for most tennis racket brands' tolerance levels. Luckily, I'd prefer a racket at 290g to weigh 294g as it brings the specs a little closer to the weight I usually like.

If you bought this frame based on wanting a sub 320 swing weight, you would be disappointed. So do ask the retailer to match the specs if they offer it.

You can see the official (+ Tennis Warehouse) ATS Textreme Tour 100 290 specs below and my self-measured specs for comparison.

I used Prince Diablo 17 (1.25mm) for stringing as a two-piece string job at 50lbs. Stringing the frame is easy with clearly marked holes and only having to skip 8T and 8H for the mains.

The 16 x 18 string pattern means the crosses are easy to weave, and you're stringing one, or two crosses less than usual, which speeds it up.

For those interested, Prince Diablo is a co-polyester string that's a tad softer than most strings in the category, and I thought it would pair well with the open string patterned ATS Textreme Tour 100.

It has been a long time since I've used Prince rackets as, unfortunately, the brand hasn't been well sold in Europe and therefore isn't as popular or readily available as the other big players.

But popularity, marketing and having pros using the brand do not make a racket perform better. After all, the vast majority come from the same factories, so I was looking forward to giving the Textreme Tour line a playtest.

I'd already read and watched several reviews of the 95 and 98-square-inch rackets, but there was little on the 290g racket and having not used the previous iterations (the racket Iga Swiatek used before she signed with Tecnifibre), I wasn't too sure what to expect.

After my first few hits, my thoughts were that the Tour 100 290 packs a decent punch, feels stable and is a racket I'd be able to use with no problems. 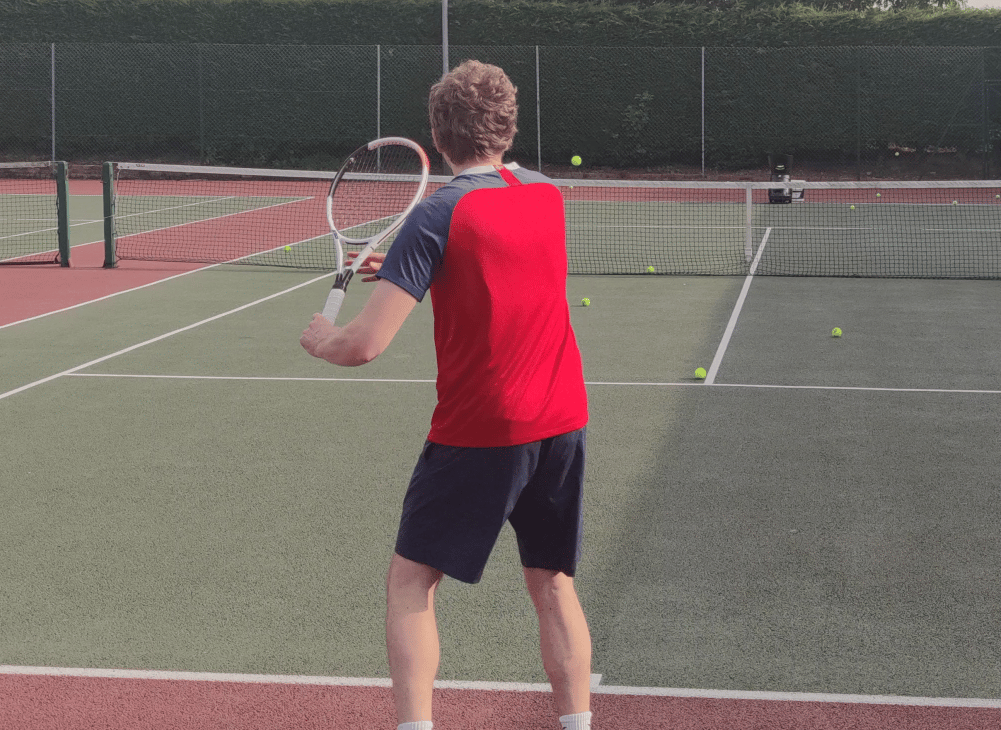 My first few full-blooded groundstrokes were wild from the back of the court.

Most of my play before this playtest was with a Blade 98 v8 18 x 20, which is a heavier, more headlight frame, so replicating those shots from muscle memory sent this ball flying towards the back fence.

However, after the first dozen shots and not trying to hit the felt off the ball, I started to get a feel for it.

Given the 16 x 18 pattern, I expected a high launch angle, but the Tour 100 290 doesn't balloon the ball at all, and the strings are not that widely spaced around the ‘sweet spot'.

The slice, in particular, felt good, which again surprised me given the racket was 100 square inches and 16 x 18, yet keeping the ball low with a decent pace was not a problem.

This was probably helped by the extra mass in the hoop, which put a bit more oomph behind the ball rather than a loopy-type shot.

My other main takeaway was the Tour 100 gives an excellent connected feel to the ball, and the Diablo strings paired with the soft frame gave a very satisfying sound on impact.

The Textreme Tour 100 290 is a solid feeling frame from the baseline overall. It is not a whippy racket, but you can still swing it fast, and despite its low static weight class, it doesn't get pushed around by heavier incoming balls.

Any downsides? This is personal, and your mileage may differ, but I found my forehand on the run where I'm trying to whip the ball cross-court and then recover became unreliable. This is probably caused by the weight distribution in the frame, which takes some more adjustments.

The more I think about racket reviews, the harder it becomes to talk about specific shots, as they are very personal.

None more so than the service as you control every aspect of it from start to finish. Therefore a racket I think is good for my serve might be terrible for yours. And much of it depends on what racket you are transitioning from.

However, all players looking for spin and slice will find it with the 16 x 18 string pattern, and I think most players will find something they like when serving with this racket.

At 100 square inches, it does most things well – power but not excessive, control but not the ultimate precision and spin is plentiful.

Up at the net, the Textreme Tour 100 290 performs well. The racket I tested had a fair bit of mass in the hoop, so it was very stable, and punchy volleys had some real bite.

On the flip, the manoeuvrability of the frame wasn't the best for those quick reaction type volleys, but if you were in position early or needed a little bit of extra stability when on the stretch, then your volleys were in good shape.

Blocked returns worked well, and I felt I could still get a decent piece of the ball even on those off-centre stretch returns.

In the hoop at 10 and 2, Prince combines TeXtreme with Twaron for their ‘anti-torque system', which probably helped. I measured the twist weight of this frame at 15.15, which is relatively high for a sub 300g racket, and a point higher than the 2019 version of this frame.

Who is this Racket For?

Like the Head Boom MP I reviewed recently, the Prince ATS Textreme Tour 100 290 is a racket with which many players of varying abilities can pick up and play decent tennis.

I think it is very well suited to a higher-level female player (it is no surprise Iga Swiatek used the previous version of this frame in stock form), as the best description I can give is that it's a lighter player's frame.

Most rackets in the 290g range are often stiff layups with lower swing weights, whereas the Textreme 100 comes in with a softer 62 RA and a 318 swing weight (if you get one close to spec).

You also get that mixed beam width that starts at 23mm, moves to 20mm, and then back to 22mm. This gives you a frame that blends the ‘tweener' type spec with the thinner beamed player frame.

With my outlier specs and higher swing weight, I was almost playing with a customised version of the Tour 100 290, which means I benefited from added stability and higher shot weight (‘plow', as the Americans, often say).

Based on how my racket played, I could see quite a few players adding lead to their frame to bring the stock specs closer to this one.

At stock specs, the Textreme Tour 100 290 will be a good racket to demo for intermediate male players, strong female players and those looking for a solid base to customise from.

The Prince ATS Textreme Tour 100 290‘s slick cosmetics, coupled with the excellent thud acoustics it makes during impact, make it a very fun racket to play with.

At the time of writing this review, I hit with it for about 12 hours, and despite thinking I was ‘done' with the review, it has become a racket that I keep picking up to play with, thanks to its ease of use, comfortable yet solid feel and the fact it does most things well.

While the racket didn't deliver on the promise of a fast feeling and speed the net, it gave me plenty of controllable power, good stability and a great feel.

Any questions about the ATS Textreme Tour 290? Have you used any rackets in the Prince Textreme Tour Line? Let me know in the comments.

And if you have tried the 290g version that was ‘on spec', I'd be interested to hear your thoughts on stability, manoeuvrability etc. Do they differ from my experience? 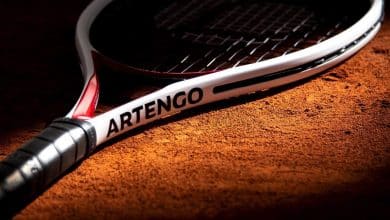