On my recent post about the various types of tennis string available, one of the comments got into talking about vibration dampeners and why Roger Federer doesn't use one.

The reason you'll never see Federer fiddling around with a small piece of rubber every time he pulls a freshly strung racquet out of his bag is because he has an alternative: power pads.

While power pads aren't a like for like replacement for a dampener, they do have a similar effect. In his early days the Swiss did use a dampener alongside power pads but according to Roger, one day he stopped using it and got used to playing without it. Even though the sound without a dampener bugged him at first.

What are Power Pads? 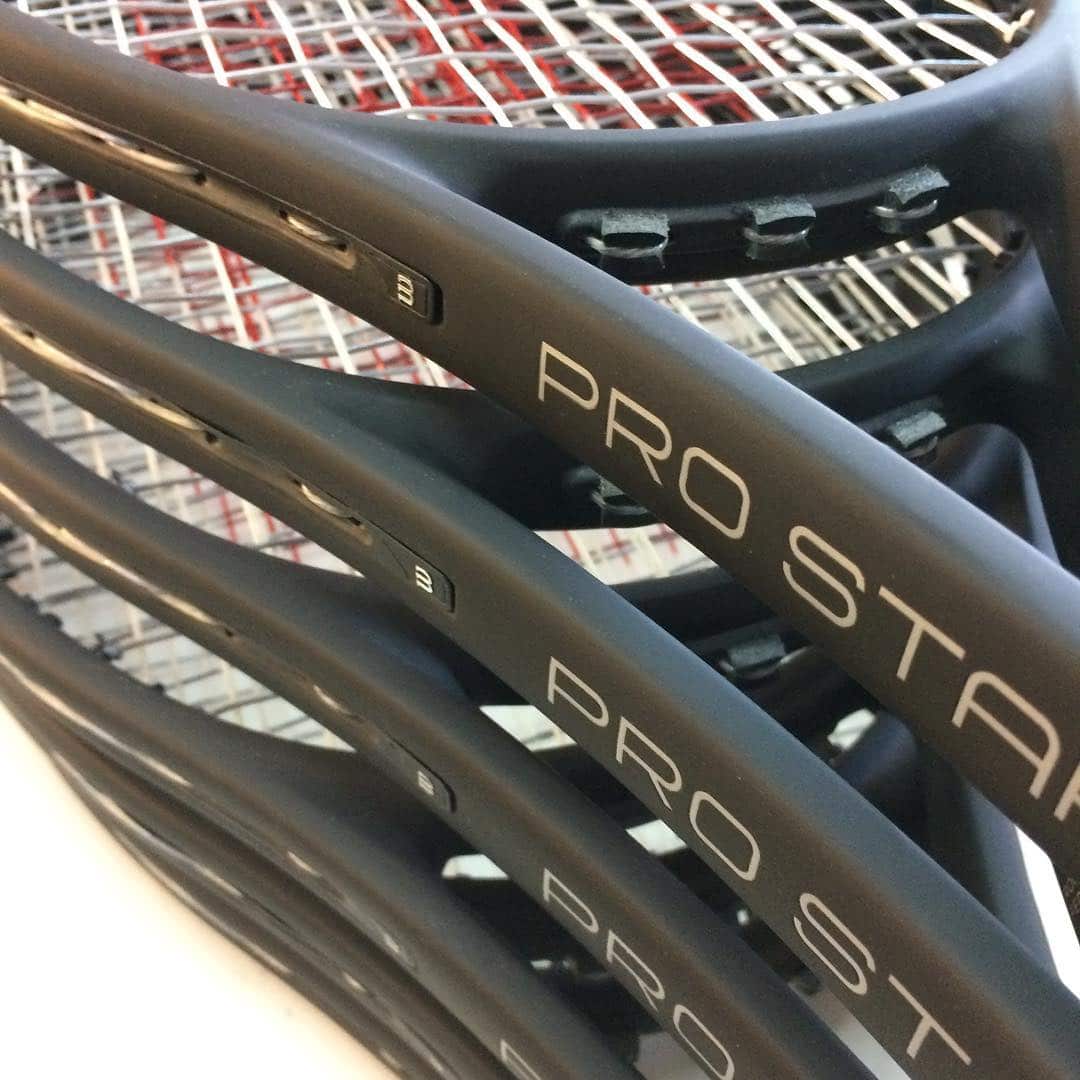 Power pads are small pieces of leather that separate the strings from the plastic outer part of the grommet. As you can see from the picture above on the freshly strung RF97 Autograph racquets they're typically installed in the throat of the racquet on the main strings.

The RF97 Autograph pictures come from Ron Yu's Instagram. Ron works for Priority1 and has been stringing Federer's racquets since the mid-2000s. Several pros have used their specialist racquet stringing services over the years with Tim Henman being one of the first I can remember. The Priority1 team travel to all the mandatory events and some of the smaller tournaments too.

Most players who've only ever known modern graphite frames have absolutely zero clue what these small leather squares are. However, for the older player who grew up using wooden racquets, they can be a familiar sight.

This design meant that the centre main strings, the most important on the racquet, were strung at more acute angles rather than in a straight line up through the middle of the frame.

Take a look at the iconic Dunlop Maxply racquet below, complete with power pads, for an example of what I'm talking about: 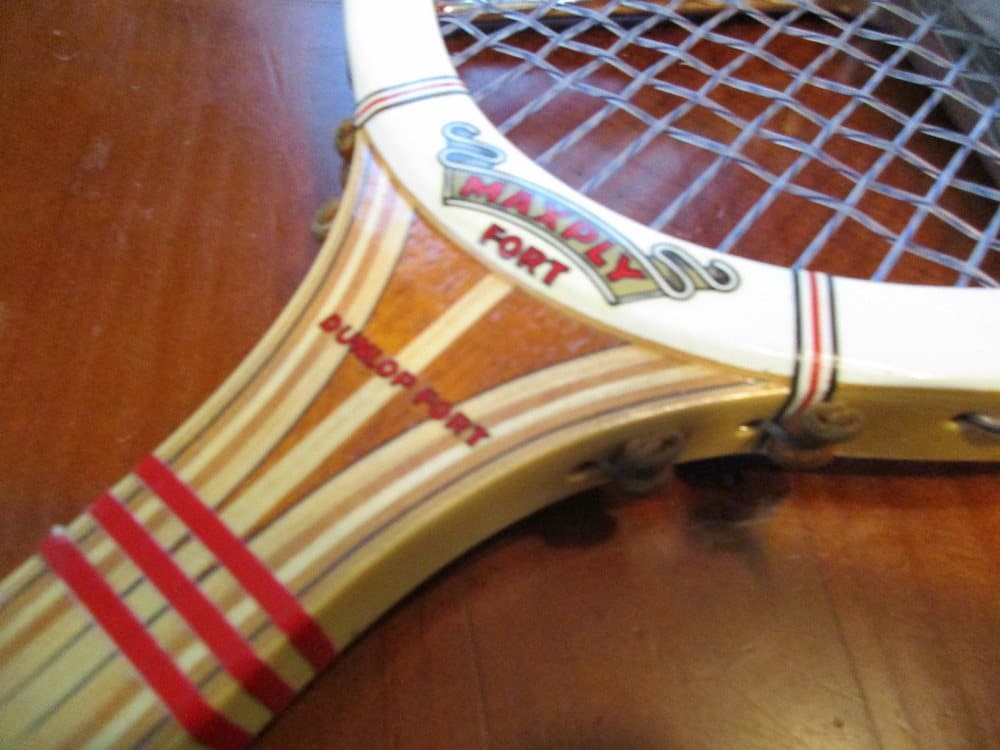 The wooden grommets were often sharp and splinter prone which made the likelihood of the natural gut fraying or snapping all too possible.

Thus came the power pad, this small square of leather pulls the string away from the frame to protect it and allow the stringer to thread the string at a straighter, less acute angle.

Which Professional Players use Power Pads? 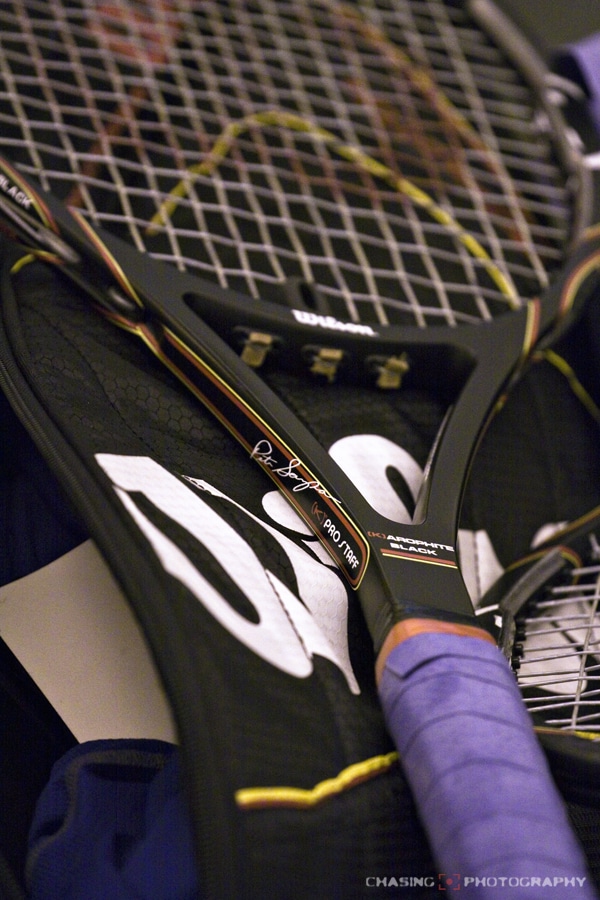 Power pads are scarcely used on the ATP or WTA Tour these days and the only current players I know of that use them are Roger Federer, Grigor Dimitrov (surprise, surprise) and Juan Martin Del Potro.

The reason they're so rare is that there's not really much need for them. Roger Federer uses them because he's had them in since the 1990s and is used to the feeling they provide. There'd be no advantages to taking them out, so he's chosen to stick with what he knows.

If you know of other players using them or who did use them, drop me a comment below so I can them to the list.

Do Power Pads have any other impact on a tennis racquets performance?

For the modern player who takes to the court with around 8 racquets in their bag, preservation of the natural gut string isn't really a concern. So whilst power pads still do help increase the longevity of the gut, their modern-day usage is to alter the feel of the string bed.

While the dampening feel is widely acknowledged, the other change that some people believe is that power pads increase the sweet spot of the frame because the pads elongate the main strings.

I'm not sure if I buy that myself and having used power pads I've never felt any sort of difference. I've never liked the term sweet spot anyway as to me the spot is the same size on all racquets – it's when the ball hits the spot where there's zero twisting of the frame and is essentially just an imaginary dot on the racquet where two lines cross.

Where can I buy power pads for my tennis racquet?

Power pads can be bought online (although not many places stock them) so if you fancy giving them a whirl it won't break the bank. Some are pre-cut, other retailers will sell you a leather strip to cut your own.

You can also make your own as there's no secret sauce used in their manufacturing. All you need is an old piece of leather like a belt or even a leather grip for a racquet. Cut it up into squares (or slight rectangles) and you have your own power pads. Dimensions should be approx 0.7cm x 1cm with a thickness of 0.3 to 0.5cm approx.

If you buy into the theory power pads increase power, then the thicker the pad, the more elongated the string will be resulting in extra power. Based on that, the next time I restring I'm going to use two pads for each string and see if I can feel any difference.

To install them, simply position the pads between the grommet holes in the throat wrap the string around the pad, and pull to tension. They are extremely easy to fit, just try to make sure that you have the string aligned in the centre of the pad.

Should you use power pads? 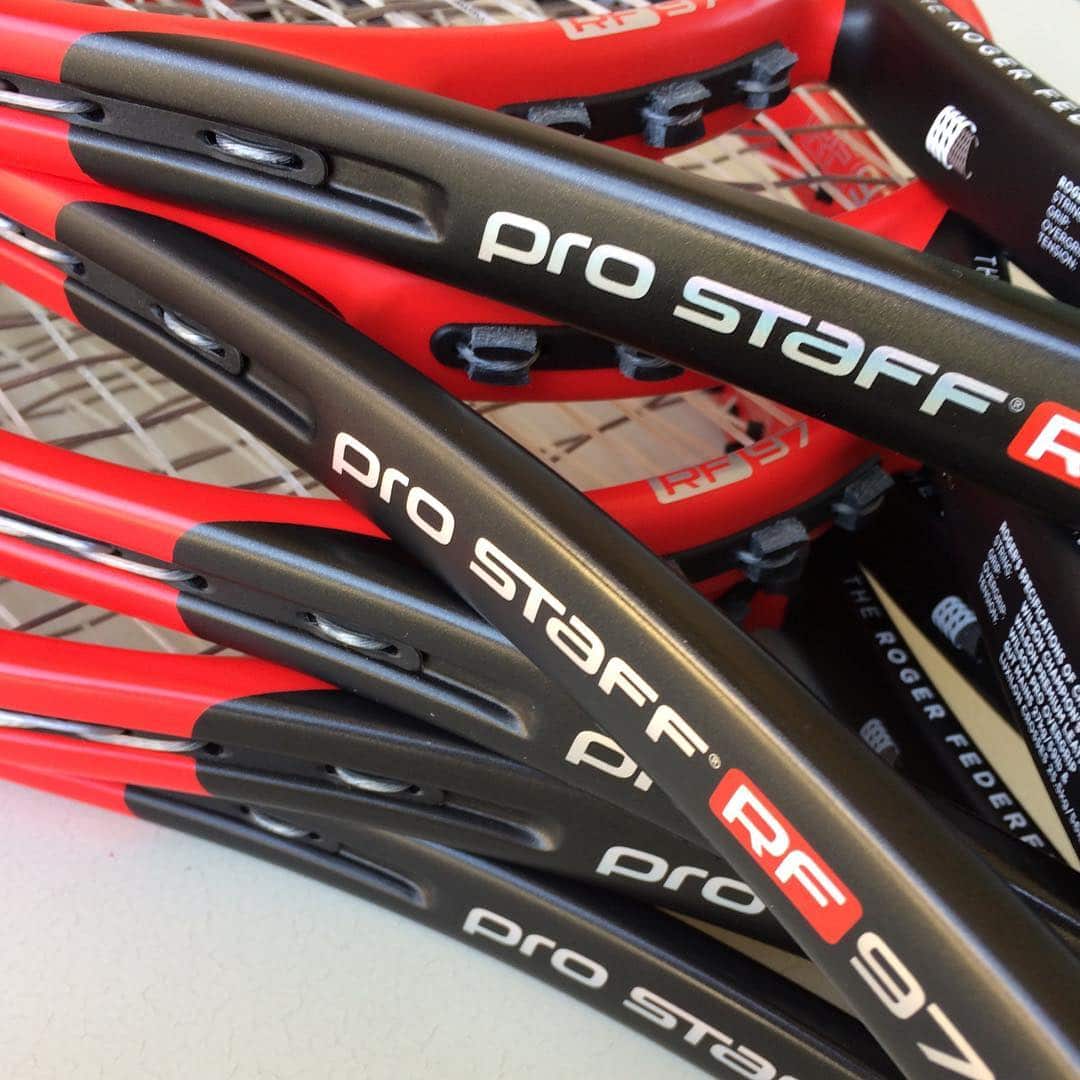 Yes, why not? If you use a dampener (or even if you don't), there's hardly any cost involved so you may as well give them a go. Compared to a dampener that can fly out during play and take 5 minutes to find, power pads don't have that problem.

Have you used power pads? Let me know your thoughts in the comments if you have.