The Bercy draw came out yesterday and the big question now is will Federer play after winning his 9th Basel title. The Swiss hasn't played at the Paris Masters since 2015 where he lost to Isner. You can see his projected opponents below.

Thought on the Draw 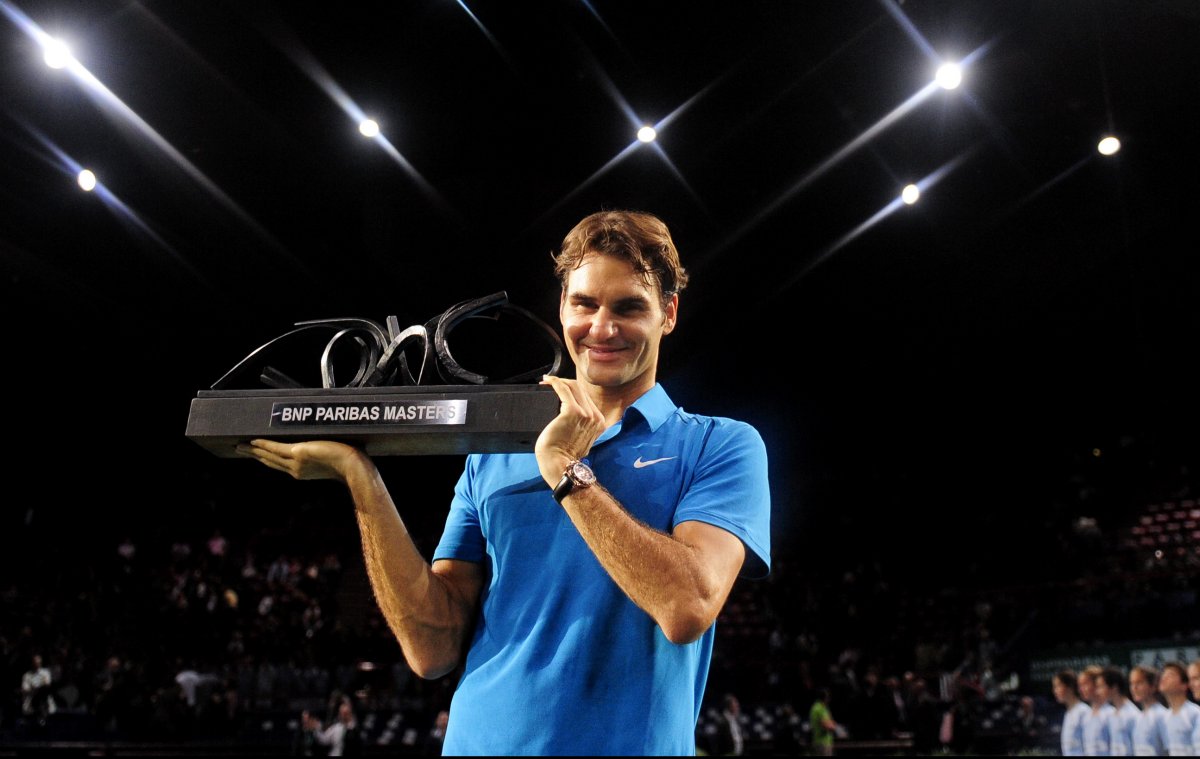 After the first round bye, Roger will get his campaign underway on Wednesday against either Milos Raonic or Jo-Wilfried Tsonga. That's a tough opener but Raonic hasn't won a match in three tournaments and looks way below his the player from 2 seasons ago. Is the 27-year-old past his best or just having a tough year with injuries?

As for Tsonga, he's in a similar boat having barely played since February and he's won just one match in his last two tournaments losing to Monfils and Querrey respectively. I'm not sure who comes through that match or who Roger would rather face. Raonic is probably the favourite and he's the trickier opponent with his serve and I guess if you asked Fed who he would rather face he'd pick Tsonga. Either way it's a tricky opener and could easily go three sets.

Round 2 will likely be either Fabio Fognini or Marton Fuscovics. Fognini has been dealing with an ankle problem since the Asian Swing and he's never been past the 2nd Round in Bercy either so I'd pick Fucsovics to come through his first two rounds.

Maybe Paire can produce something on home soil so he's also got a shot. Will any of those three trouble Fed? Doubtful but you never know, he faced similar calibre players in Basel and dropped sets so nothings a given and Fucsovics played a decent enough match against the Swiss at this years Australian Open.

For the Quarters the two Vienna finalists are in this section; Kei Nishikori and Kevin Anderson. Big Kev beat Kei in straight sets at the Erste Bank Open and qualified for London in doing so. Maybe Anderson has got one eye on his maiden O2 appearance to give Paris his full attention but I make him the favourite in that quarter as he's had a very solid year.

Nishikori has to make the semi-finals in Paris to stand a chance of qualifying for London so he certainly has something to play for should he want to extend his season by another a week. He did make the final in Vienna with a couple of decent wins against Khachanov and Thiem but Roger showed he has the measure of him in Shanghai.

Based on that I think the South African will be a much tougher opponent should they meet and it would be interesting to see if Fed can avenge the Wimbledon loss.

The semi-finals see the in-form Djokovic as the top seed and based on recent results it's tough not see him coming through that section and making the final. Cilic is in there but he's badly out of form and Tsitsipas is the only other notable. Dimitrov is in there too but he's quickly becoming a non-factor.

Nadal is back after his injury at the US Open so he's the top seed in the other half. I have no idea if he's fully recovered or being practising at his usual intensity. He's only ever made the final once in Paris, 11 years ago, so it's tough to label him as a favourite. Zverev is also in this half and he should be looking to make a deep run so I'd back him to make the final here assuming Jack Sock doesn't produce a miracle to defend his crown from last year 🙂

What do you guys make of the draw? Will Federer play? He said he will decide tomorrow most likely after a nights sleep.