Over the years I've done a number of posts about court speed, the first in 2012 which looked at the ITF court pace ratings. These ratings were based on tests carried out with a sestee often in a controlled environment so didn't really give a true indication of the speed at specific tournaments.

More recently the team at Hawkeye who are on site at all the main ATP events produced a Court Pace Index. CPI shows the true speed of the courts as it's measured during real matches on the main court over the course of the tournament to produce an average over 7 days.

This is now the de facto way to see court speed and it's interesting to compare the speeds at Masters 1000 tournaments over the season and also see how they may have changed year on year.

For most of the Masters 1000 tournaments so far in 2018, I hadn't seen any of the numbers published and it looked like Tennis TV had decided not to share them this season. However, during Shanghai, they finally put out the data for all tournaments this season. You can see that data below: 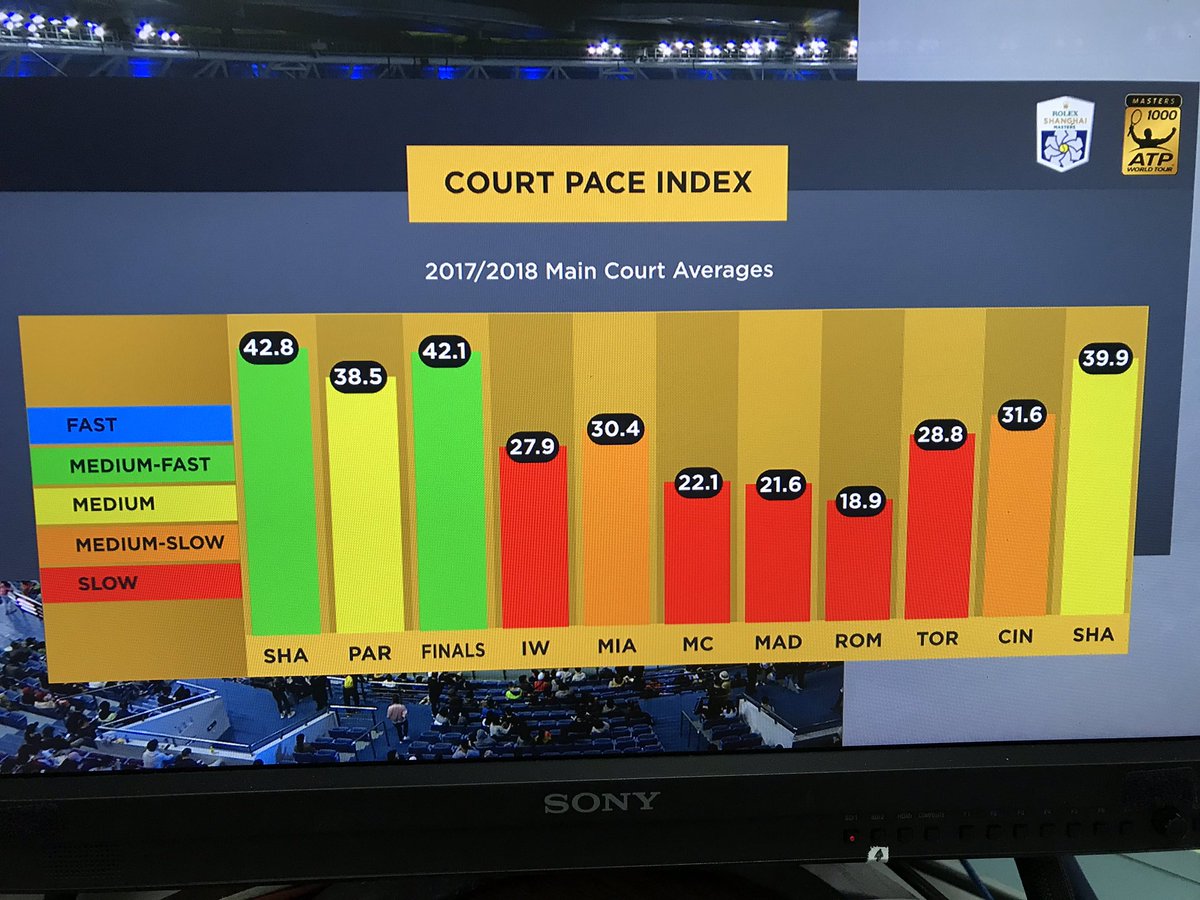 How do the speeds compare to the 2017 season?

*The Rogers Cup is played at alternate venues each year, 2017 was in Montreal and 2018 in Toronto so the speeds aren't a true comparison or change as conditions differ due to their geography.

So as you can see the speeds are at a fairly similar level to last year. The biggest changes were in Shanghai and Rome which were both slower compared to 2017. How much of a change does a 42.9 to 39.9 mean in real-world play?  I'm not really sure.

Any questions about the above let me know in the comments. I'm no expert on court speed but I do see people confusing CPR with CPI  in similar posts to mine. CPR is court pace rating – a figure determined by the ITF in showing the speed of surfaces in their approved product lists. That number is geared towards people who are laying tennis courts so they have an idea of the speed ‘out of the box' should they choose DecoTurf, Plexipave etc.

Four Lingering Questions as the Miami Open Kicks Off

How Much Do Tennis Umpires Get Paid?