The second day of the 2019 Laver Cup is complete and both teams walked away with two wins apiece which sets up an intriguing Sunday showdown at the Palexpo Arena in Geneva.

Heading into the day Team Europe had a 3-1 advantage, but Isner cut that to just 1 point after defeating Zverev in the opening match of the day.

Two wins in the singles from Roger and Rafa saw Europe open up a four-point gap to 7-3, but Jack Sock and Nick Kyrgios ensured John McEnroe's team kept themselves within touching distance ahead of tomorrow's one doubles and three singles matches which each have 3 points at stake.

Let's take a look at how the day panned out. 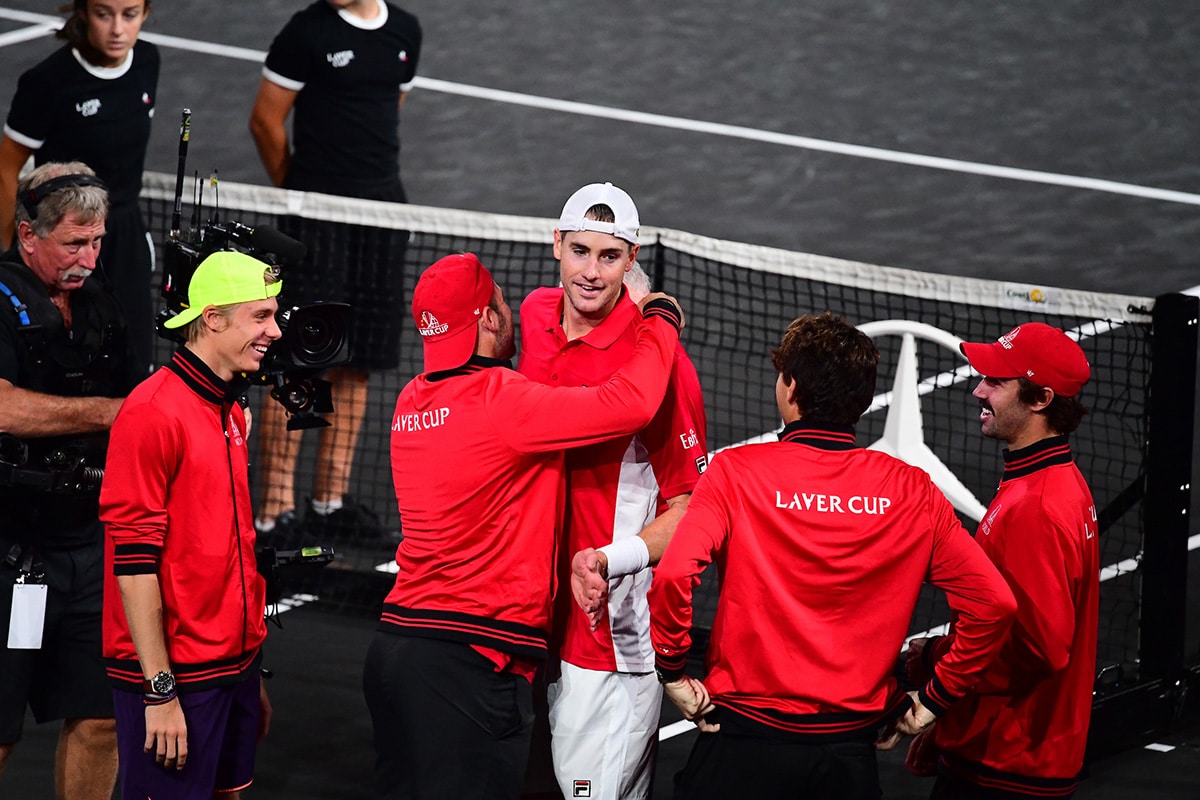 Zverev looked the better player for three-quarters of the match, but he slipped up at 4-4 in the second set with a loose service game and a big miss at 15-30 on the backhand. That gave Isner momentum, and after serving out the second set, he went on a tear up in the 10 point breaker, going up an early mini-break and then going for his shots which forced Zverev back and into his shell. 10-1, domination. 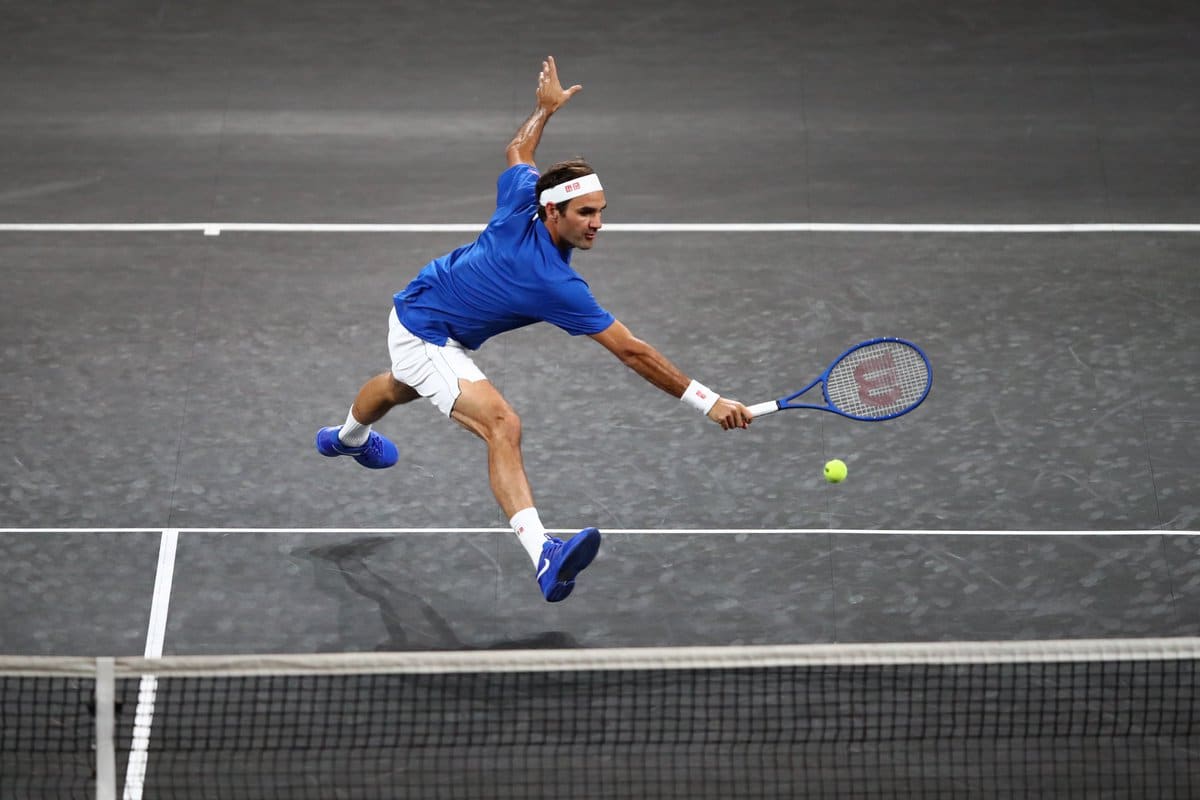 A confident start from Federer with a stylish backhand down the line winner for 1-0. Kyrgios came out serving bombs, but in game three Roger played some nicely worked points to put Nick in some awkward spots in the forecourt. A forehand wide gave Fed the break.

However, Roger couldn't consolidate, not the best service game, and he missed a forehand like Kyrgios on the breakpoint.

Serve dominant from there onwards but some flashy stuff from Kyrgios including a SABR and winning a 31 shot rally in game ten showed what he's capable of.

The set went to a tiebreak which seems the standard for these two. Kyrgios double-faulted to start the breaker then played a loose point to fall 0-3 behind. Fed then moved up 4-0 but couldn't keep the advantage, losing four points in a row eventually losing the tie break 7-5. Poor from the Swiss who didn't go for his shots when he had the chance.

Federer had a breakpoint in the third game of set two after a slick return, but he played too passively. The set cagey from there onwards with a tense moment for Fed at 3-4, 15-30 after a missed backhand smash but he kept it together to hold.

The next pivotal moment came at 5-5 where Fed had 0-40, but Kyrgios saved all three with some quality serving. However, the Aussie went wide with a forehand and Fed broke when a cross-court forehand looped in, and Kyrgios again went wide with the forehand. Roger served it out to love to force another 10 point tiebreaker.

Into the breaker and Kyrgios got himself up 2-0 but Roger knuckled down and played an excellent tie break, coming up with sweetly struck inside in forehands to move into an 8-3 lead before eventually taking it 10-7.

I was hoping it was going to be like this, didn't disappoint me. I had a bit of a lull in the second set, the first set was tough to lose, crowd could feel it, I could feel it. Needed to get some energy going but  youcan't do that when you don't play good shots and Nick was playing very well. I was trying to stay focused, stay with Nick, do what Isner did, look like your're down, but if you can turn the momentum, the crowd gets back into it, and you guys did, I need some earplugs for next time. thanks for pushing me over the line. Federer on his win over Kyrgios 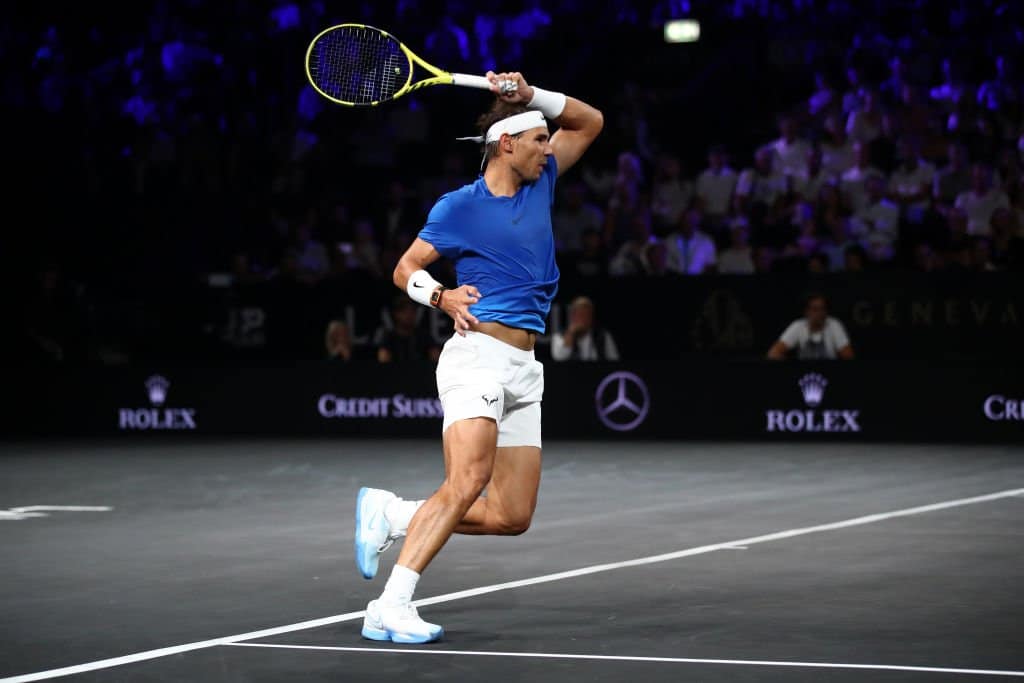 Raonic had chances to break in Nadal's first three service games but didn't convert any of his eight chances. Nadal then had two chances of his own to break but failed to get a return in play despite both of them being second serves. However, on the third chance, Rafa came up with a backhand pass on the run to take a 4-3 lead. That knocked Raonic's confidence, and he dropped the next two games as Nadal took the first set 6-3.

In set two Rafa slipped down an early break but after a quick pep talk from Roger at the changeover he broke straight back, and both guys were reasonably comfortable on serve after that. Nadal did make deuce at 6-5, but Raonic held to force a tiebreaker. With the Candian's serve, you'd give him a good shot at forcing a decider, but Nadal ran away with tie break 7-1, coming up with some trademark shots on the run from deep behind the baseline. 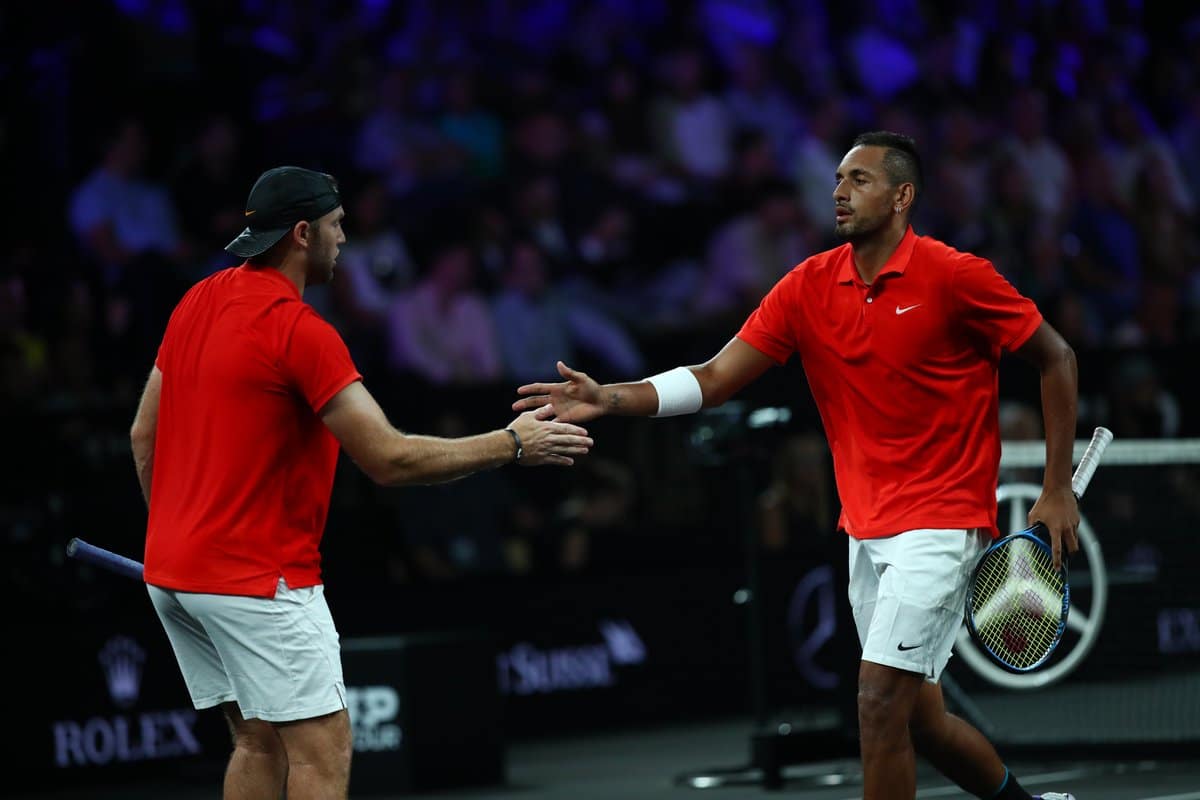 Kyrgios and Sock have played together before and that showed in this one as they looked more comfortable pairing than Rafa and Stefanos.

It took a while for the Team Europe pair to really gel, and although they played well in the second set, overall their return game let them down and they never looked to be on the same wavelength. The highlight was probably the entire team in fits of laughter during a changeover when Nadal said he had no idea what signals Tsitipas was giving him 😆 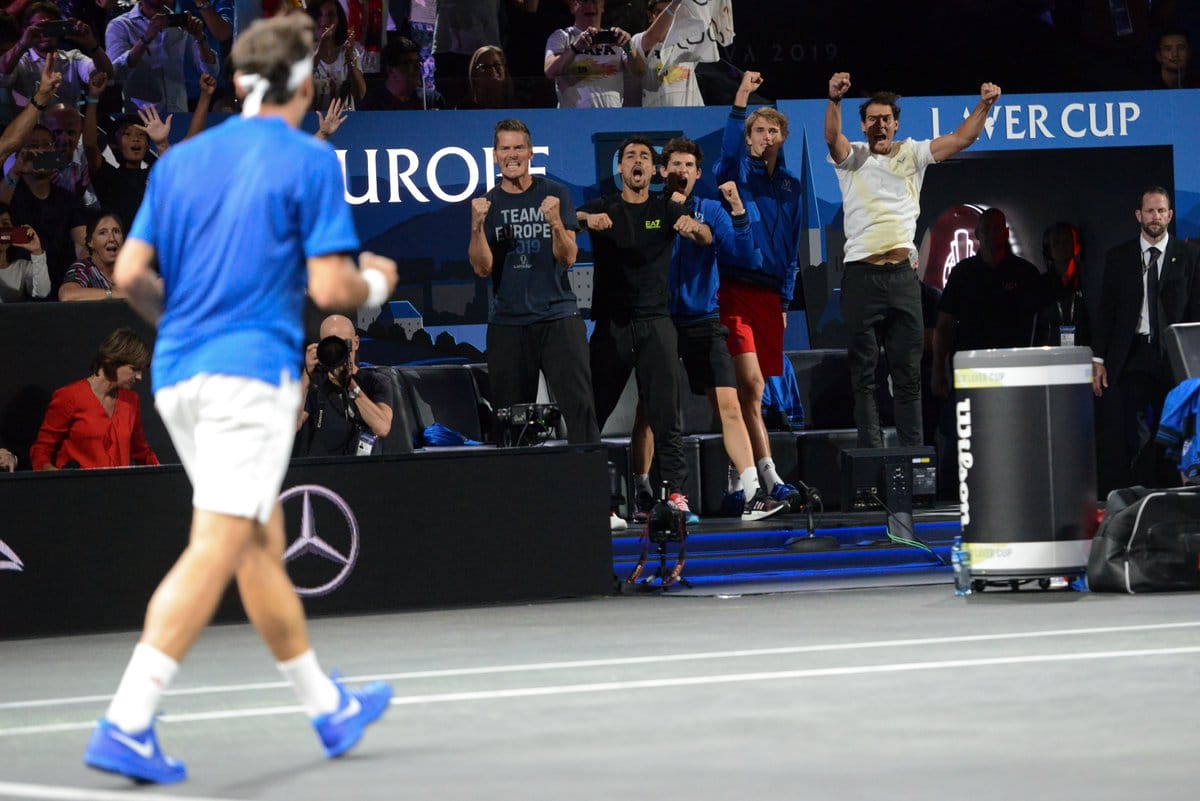 Another action-packed day in Geneva with all four matches being enjoyable. Zverev played well, but I thought the match highlighted how quick indoor tennis can turn around, especially when the third set is a 10 point breaker.  If the opponent gets on a roll, they are difficult to stop, and with Isner's serve + forehand booming, it's even trickier to recover.

The second match was an excellent win for Federer and good for his confidence for the rest of the year. I thought he played an ok first set but was tentative in the tie break. He then got a bit flat in the second, but picked it up and played a good 10 point tiebreak and looked to be thinking clearly. Not at his best for sure which is to be expected given the finely poised 3-3 score and the expectant Geneva crowd but he played some smart tennis under pressure to put the odds in his favour. The Stat man also helped him:

As for the evening session, I enjoyed the Nadal match too as I thought Rafa showed how good a match player he is. Not that we needed reminding 🙂 . He had a very rusty start even telling Roger after the first set “it was the most undeserving set ever“, but once he got moving he was able to work the points how he wanted and is just a bit too good for Raonic from the baseline.

The doubles was a good way to finish and Sock and Kyrgios put on a solid showing and were clearly the more in-sync pair out there. They knew how they needed to play whereas Nadal and Tsistipas were a little out of kilter, still close with just 1 point difference in the match but Team World raised their game in the tiebreak to take it.

Did you guys enjoy day 2 of the Laver Cup? Happy with Federer's performance? Let me know in the comments.