Day one at the 2019 Laver Cup is complete, and it was Team Europe who took the spoils, winning three of the four matches played to take a 3-1 lead heading into day two.

While it's too early to call the lead commanding given the cumulative scoring system it certainly puts pressure on the likes of Raonic, Kyrgios and Isner who will need to pick up some points on day two to avoid the gap widening even further. Let's take a look at how the opening day of the third edition of the Laver Cup panned out.

The first set was typical Shapovalov with lots of errors and not being able to defend his second serve. The Canadian went on a mini-run in the second set with some flashy points to go up a break for 3-1but Thiem broke straight back and levelled for 3-3. The pair were on a similar level until 5-5, and despite Thiem looking like the better player, he dropped serve to love at 5-6 which forced a ten-point tie break.

Shapovalov took a toilet break before the breaker, but that didn't disrupt his rhythm, and he'd won 9 points in a row when he won the opening point. Thiem levelled at 1-1 but then dropped serve and found himself 1-3 down.

Shapo's forehand then went completely off the boil, and Dominic won four points in a row to lead 5-3, that was quickly 7-5, but Shapovalov turned it around to lead 9-7.

Thiem saved the first match point, but the Canadian had a match point on his serve at 9-8. Thiem again saved it with a backhand return that crept over the net. Shapo then had to save his own match point, and the Austrian was soon staring defeat in the face yet again at 10-11, but he reeled off the next three points to take it 13-11. Very cagey and nervy from both but Thiem that bit more reliable. 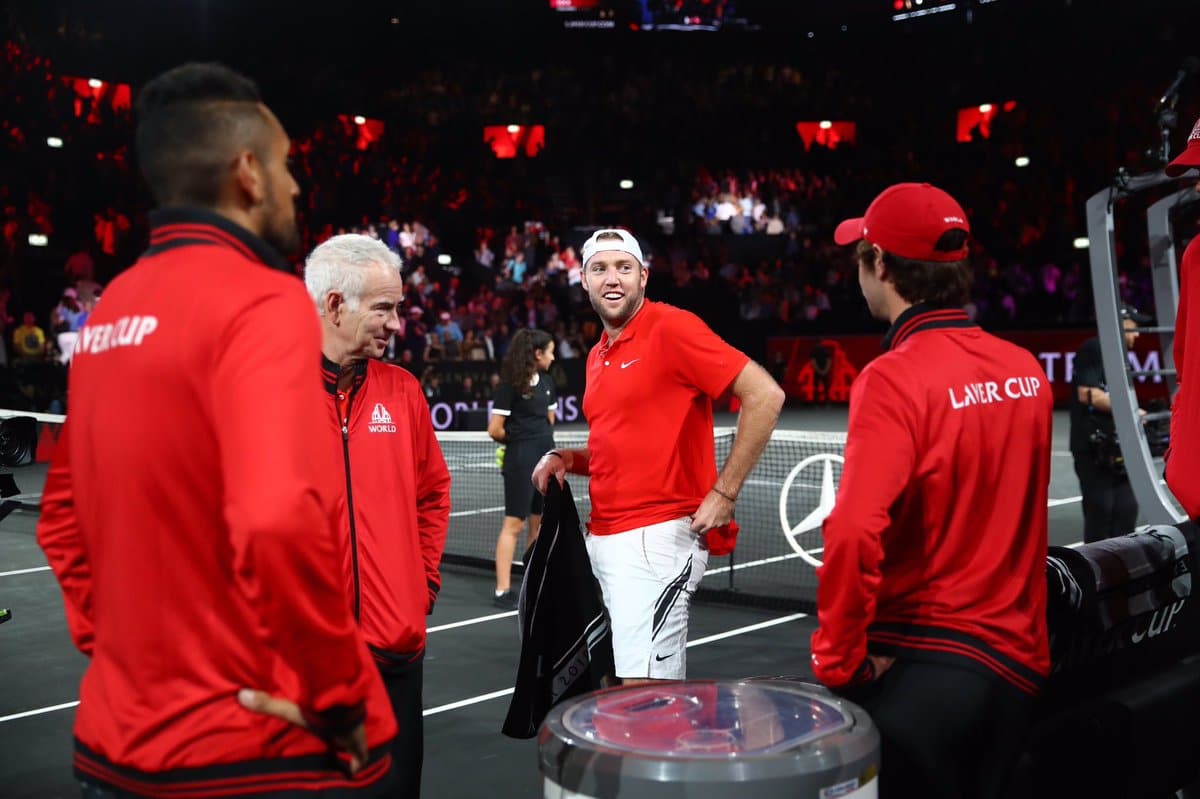 Sock hadn't won a singles match this year, and he wasn't exactly looking lean when he stepped on the court, but Fabio didn't turn up. He looked down on himself, didn't move well (persistent ankle problem?) and didn't put enough returns in play, so Sock ran away a worthy winner. 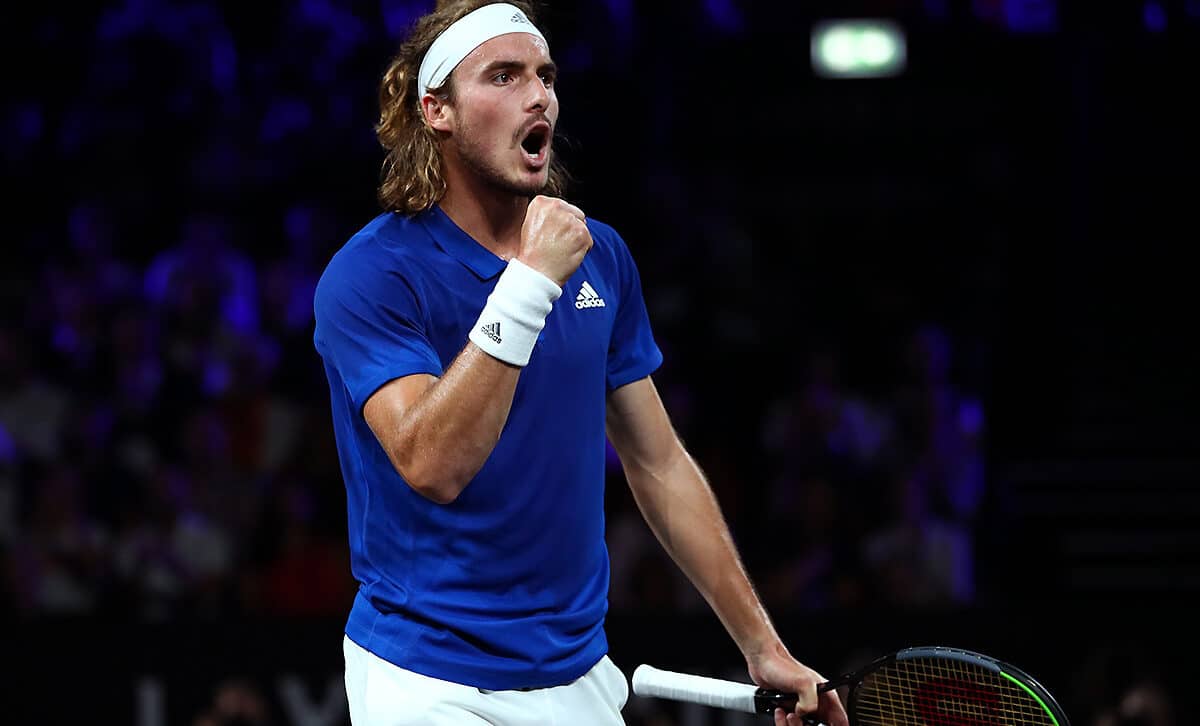 Tsitsipas looked explosive from the word go, high energy, good intensity, and he dominated the first set to take it 6-2.

However, that changed quickly with the Greek finding himself in trouble at the start of set two at 15-40. Despite saving four break points in total, he couldn't close out the game as Fritz connected with some crisp groundstrokes to break.

That gave the American a big dose of adrenalin, and suddenly he was the explosive one, finding a ton of pace on his forehand and he ran away with the second set 6-1 to force a 10 point tiebreaker.

The breaker was a topsy turvy affair with both guys struggling to win points on serve but the critical moment was a Fritz double fault at 7-7, and from there Tsitsipas was braver on his shots, going for his groundstrokes whereas Fritz got tentative on his backhand allowing the Greek to take it 10-7. 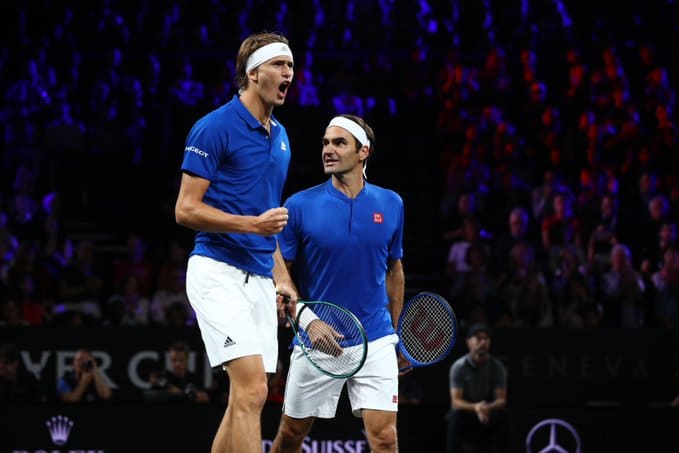 A shaky start from Zverev early on with some botched volleys forced the pair to save two break points to hold for 2-1. In game four, Shapovalov stayed back on serve which allowed Team Europe to get the break for 3-1.

Team World had more break points in game five but couldn't convert as Federev held for 4-1. That one break proving decisive as Team Europe took the first set 6-3.

Into the second set and Team Europe got up another early break before coming through a long service game to take a 2-0 lead. Another lengthy game from Team Europe saw them save four break points to take a 3-1 lead.

In game eight with Federer serving, he wasn't able to land enough first serves caused by what looked like a low ball toss and on the breakpoint, Sascha had his lead boots on at the net to miss the volley.

That handed momentum to Team World as they moved into a 5-4 lead and they look destined to snatch the set, at 0-40 but Europe saved all three, plus another three to level at 5-5.

With Team World 0 from 6 on breakpoints in the last game, it was only fitting Europe converted their first of the game, aided by a Shapovalov double fault after successfully challenging a first serve that was corrected good. That proved decisive as Team Europe came through 6-3 7-5. 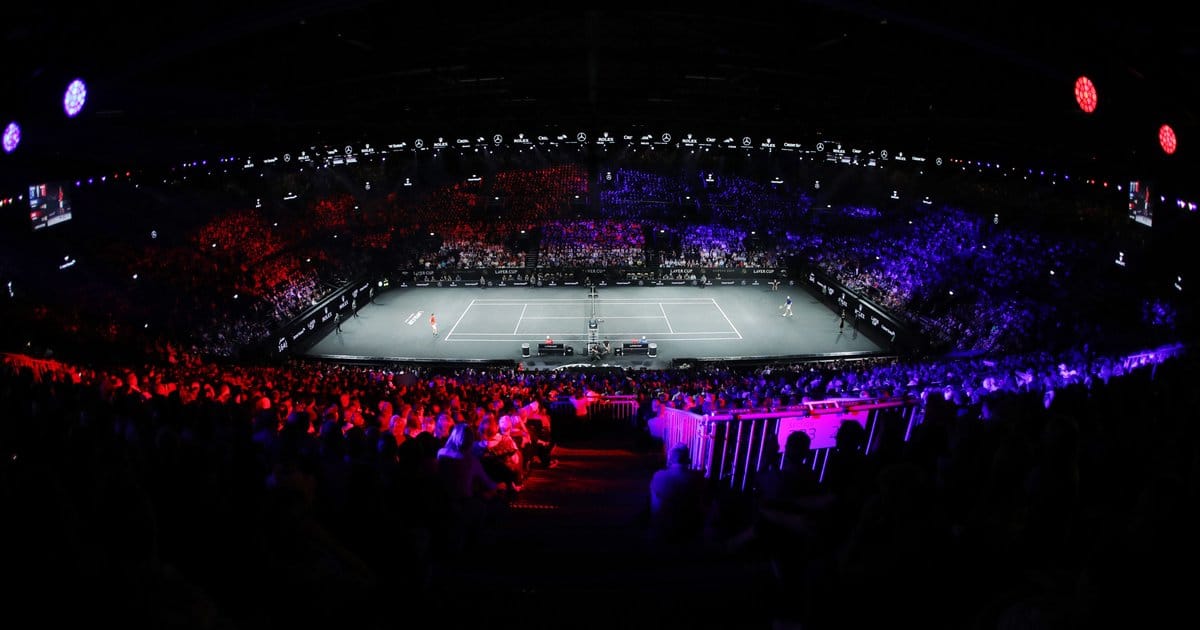 It was a great atmosphere. There’s nothing like playing at home. Sascha carried me in the second set and it was great fun out there. My back has recovered (since the US Open) and I’m ready to go for more tomorrow. Federer on his doubles win with Zverev

An interesting first day with some very tight matches. I thought Thiem played well in the first match despite getting a bit tight, but he was smarter on the bigger points. Denis is still too raw and goes for line finding missiles when just bunting the ball would be sufficient.

I was also impressed with Tsitsipas in the tie break against Fritz as he was rock solid. Nadal told him during a toilet break to “just make him play a bit”, and that advice worked a treat as Fritz got tight on his backhand and made tame errors when he should have tried to force the issue.

Foginini was a bit of a let down in his match as he looked like he'd rather be cavorting with Flavia (can you blame him?), but Sock played well and didn't drop serve in the match.

In terms of the doubles, Europe were reasonably lucky; they saved 15 of 16 breakpoints so it could have been entirely different had Team World made one more ball or one of the framed volleys not made it over the net.

Zverev played pretty well from the baseline, but he's like a statue at the net with his feet stuck to the court, and he never moves forward. Fortunately, Shapovalov was equally all at sea, staying back on his serve and he played like a cat on a hot tin roof.

As for Federer, I thought he looked sloppy and a bit tired, which is no surprise given the amount of media and work behind the scenes he's already put in this week so far. Some nice touches and volleys but a few errors and his serve didn't look too good either. The low-ish ball toss we saw against Dimitrov was still present, so I am guessing he is not confident to reach for the ball on the second serve to put that work on it.

Anway a great first day with a good atmosphere from the crowd, the benches were involved, and we saw some decent tennis, so I'm looking forward to Saturday and interested to see what the lineups will be.

What did you guys make of the first day of the Laver Cup 2019? How did you rate Fed in the doubles? Let me know in the comments.