Not many people would have given Michael Chang a chance to emerge victorious on that fateful day in Paris. He was the 15th seed, facing the world number 1 and reigning Australian Open champion – and was barely 17 years of age. Not to mention the fact that Ivan Lendl also had a very impressive Roland Garros resume, being a three-time former champion, and had made the final there in four of the past five years. Yes the odds were definitely not in Chang’s favor, and to say he was an underdog would be quite the understatement.

The two men had met in an exhibition match in Iowa the year before, where Lendl had easily defeated the young American. Lendl had even gone as far as to advise Chang after the match, telling him to improve his serve and baseline weapons if he intended to make it on the professional circuit. He conceded that Chang was fast, but he would need more than just speed to hurt him. Little did he know that Chang would take those words to heart and work tirelessly to improve his game.

Chang had an easy path to their fourth round encounter at the French Open, dropping only one set en route and even disposing of a young Pete Sampras in the second round. Lendl was yet to drop a set, and was rightly billed as the heavy favorite entering this match.

The first set saw Chang play a few loose points in his opening service game, but he was able to hold. Lendl, possessing the bigger serve, had less difficulty winning his service games. Chang, known for his exceptional defense, played some surprisingly aggressive tennis that saw him match Lendl from the back of the court, and both men held till they were tied at 3-3. However a few errors crept into the American’s game, and an errant forehand gave Lendl the first break at 5-3. Lendl attempted to serve for the set but he too was broken back, mostly due to Chang’s spectacular defense. Nonetheless Chang was unable to build off his momentum, and lost the first set 6-4.

Chang seemed to put the first set behind him, as he immediately broke Lendl to start the second set. Lendl grew frustrated as Chang displayed some incredible defense that had the Czech shaking his head, and he was soon down 2-0. However he regained his composure, using excellent serve placement and his booming forehand to hold his next service game to love. In his attempt to attack the Lendl backhand, Chang committed too many errors and was broken in his next game, leveling the score at 2-2. Both men then held their respective service games till the 10th game, where Lendl displayed some excellent shot-making, breaking Chang and winning the set 6-4 with a spectacular backhand passing shot.

The match had been going on for almost 2 hours now, but neither man showed any sign of exhaustion. Chang began the third set aggressively, employing his forehand to attack Lendl’s backhand. The errors began to creep into Lendl’s game, and he was soon broken in the seventh game. Chang’s defense continued to fluster Lendl, causing the world number 1 to hit more errant shots. It was to no one’s surprise that Chang took the third set 6-3, as he played a very clean game. He in fact committed only 6 unforced errors to Lendl’s 19, a testament to his defensive prowess and ability to frustrate his opponent.

Lendl appeared exasperated at the start of the fourth set, but was still able to produce some sublime forehand winners. His body language gave away his inner turmoil however, as he sighed, gestured and spoke loudly to himself after losing any point. This was mostly due to Chang’s impenetrable defense, which was a recurring theme at this point. Lendl relentlessly attacked Chang’s backhand with his inside-out forehand shot, but the American would not budge. This culminated with Lendl netting a crucial backhand that gave Chang the break in the sixth game, giving him a 4-2 lead.

A controversial call during the next service game seemed to affect the outcome of the match. At deuce a ball was called out and the umpire confirmed the call as he could not see the mark and so had to defer to the linesperson. Lendl was furious about this and voiced his opinion a little too colorfully, hence the umpire was forced to penalize him. The point penalty gave Chang the game and a 5-2 lead. Chang then seemed to sense Lendl’s frustration, and he resorted to “moon balling” all his shots in the following game. This obviously irritated Lendl, forcing him to commit more errors in an attempt to hit Chang off the court. He was soon broken, and Chang won the set 6-3.

The final set would go down in history as one that exemplified the true meaning of grit and determination. Chang broke Lendl in his opening game, but began to develop cramps in his legs during the second game. He held to go up 2-0, but was exhibiting limited movement around the court. Lendl took full advantage of this and soon broke back, dictating play and forcing Chang to move around the court. Chang had to resort to frequent hydration between points, as well as eating bananas and not sitting during changeovers in order to avoid aggravating his condition.

Despite his obvious discomfort, Chang displayed a physical and mental toughness that belied his age and experience. He made frequent forays to the net, in order to shorten the points. He resorted to moon balling almost every shot, and even tricked Lendl with an underhand serve that drew laughter from the crowd. He relied on upper body strength, hitting a lot of winners that seemed to materialize out of nowhere. He was able to break Lendl, who at this point was at his wit’s end, and take a 4-3 lead.

Lendl’s frustration got the best of him as he fired off a number of errors, giving Chang the easy hold. Momentum was on the American’s side as he hit two beautiful backhand winners up the line to go up 30-0 on Lendl’s serve. A third backhand winner gave him two match points, as Lendl could only shrug his shoulders. Chang’s grunts increased in intensity with every ball he hit, and the crowd was fully on his side at this point. Facing match point and on a second serve, Chang stood really close to the service line – perhaps this moment even gave Roger Federer inspiration for his SABR (Sneak Attack By Roger). This drew more laughter from the crowd as Lendl could only look on in despair, before committing a double fault and giving the American the match. Chang had overcome the odds, adversity and pretty much everything else to defeat the three-time former champion 4–6, 4–6, 6–3, 6–3, 6–3 in 4 hours and 37 minutes.

Upon completion of the match, Chang sank to his knees and broke down in tears. He then left Court Central to a rapturous standing ovation; his never-say-die attitude had won the hearts of the Parisian crowd. The occasion had even more meaning because the match had been played on June 5, 1989, during the height of the Tiananmen Square Massacre in Beijing.

“A lot of people forget that Tiananmen Square was going on.” Chang recalled in a 2009 interview. “The crackdown that happened was on the middle Sunday at the French Open, so if I was not practicing or playing a match, I was glued to the television, watching the events unfold…I often tell people I think it was God’s purpose for me to be able to win the French Open the way it was won because I was able to put a smile on Chinese people’s faces around the world at a time when there wasn’t much to smile about.”

Chang would then go on to defeat Stefan Edberg seven days later in the final, 6-1 3-6 4-6 6-4 6-4, to become the youngest men’s champion in Grand Slam history at 17 years and 4 months of age – a record that remains to this day. That year’s French Open would prove to be his sole Major title, but the match against Lendl was undoubtedly one of the defining moments of his career. 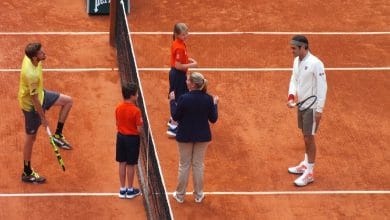 Impressions of My Trip To Roland Garros 2019 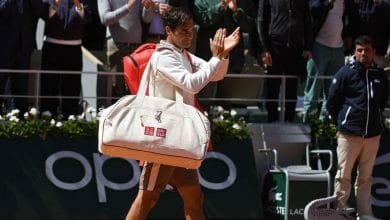 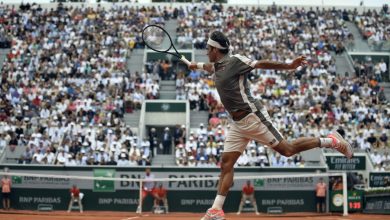 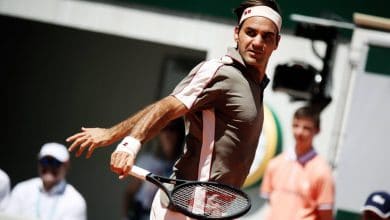