The BNP Paribas Open draw took place yesterday and there are quite a few interesting early encounters on the cards, notably a potential third round between Novak Djokovic and the newly crowned Acapulco champion Nick Kyrgios.

As for Roger Federer, he could face fellow countryman Stan Wawrinka at the same stage of the first ATP Masters 1000 event of the year. You can see his projected opponents below. 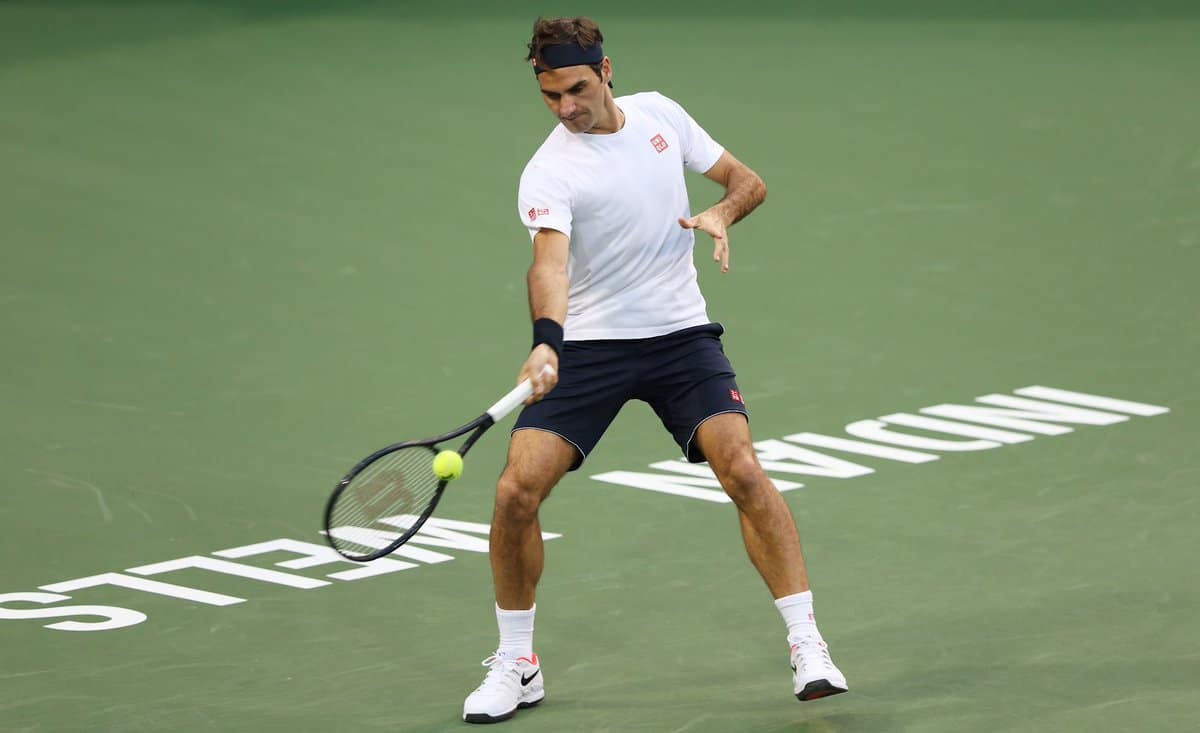 After the customary bye, Roger will face Peter Gojowczyk after the German defeated Andreas Seppi in the first round. Roger played Gojowczyk for the first time last year in Cincinnati, winning 6-4, 6-4.  I've only seen him play a couple of times but he hits a fairly flat ball and goes for his shots but I can't see him causing Fed too many problems.

Round 3 could then be fellow Swiss Stan Wawrinka but he first has to play a Qualifier in Round 1 and see off Marton Fucsovics in Round 2 which won't be easy.

The Hungarian showed he's in good form against Roger in Dubai so Stan won't have it all his own way even though he won both their matches last year on outdoor hard courts in Canada and Cincinnati respectively.

Personally, I'd like Stan to come through for a battle of the one-handed backhands and it's also a good yardstick for how well Roger is playing when those two face off.

For round four Fognini is the top seed but he's been in poor form of late so Kyle Edmund looks to the pick given he won the Challenger Tournament here last week. He's going to be completely au fait with conditions in the desert and should be heading in with plenty of confidence.

They've practised together several times but Roger has never played the Brit and that could be an interesting matchup. Edmund is a dangerous player with a forehand that can do a lot of damage when he's got time to wind it up so it'd be a classic case of Federer trying to take all his time way.

Frances Tiafoe is also in this section but after making the Quarter Finals in Melbourne he's not backed it up with any meaningful results winning just one of his last four matches on tour. Can he beat Edmund should they meet? Maybe but I'd give Kedders the edge.

Should Roger make the fourth round the top seed in that section is Kei Nishikori who is difficult to predict as shown by his loss against Hurkacz in Dubai.

The Japanese has made the Quarter Finals twice at the Tennis Gardens so he's likely the favourite to come through his section. Sandgren and Mannarino aren't pushovers though in the second round and Pouille can also cause problems so it wouldn't be a total surprise to see him out early.

Cilic is the second highest seeded player in that quarter but his record in Indian Wells isn't up to much, making a solitary Quarter Final and he's not been past the third round in the last two years. Kei leads the H2H  9-6 so he'd be my pick to face Roger in the Quarters should the Swiss get there too.

That too is usually an interesting matchup, last year's tussle in Shanghai was one of my favourite matches of the season and when Roger is on it movement wise he has too much in the arsenal for Kei who can't protect his serve well enough.

As for the semi-finals, Rafael Nadal is the seeded opponent and the Spaniard has an ok looking draw with an easy start against Donaldson or a Qualifier.

Isner, Khachanov, Medvedev Goffin, Schwartzman and Carreno Busta are in that section so there's potential for upsets. Isner is a former finalist and Busta, whom Roger practiced with today, played well in Indian Wells two years ago but Nadal usually does well in the desert, winning it three times so he's likely to come through assuming fully fit.

For the final, it's hard to look past Djokovic even though he's not played since winning in Melbourne. He does have a potential match with Kyrgios in Round 3 who leads the H2H 2-0 and the in-form Monfils is also in that section. So it's not all plain sailing but given his form and past performances in Indian Wells, he's tough to back against.

Zverev, Thiem and Dimitrov are all in the other quarter but I'd think Anderson has the best shot to perform well here as the conditions favour his game style. The question is whether he's over the elbow injury that affected at the Australian Open and saw him withdraw from the New York Open. If so he's my pick to make the semi-finals.

Expectations for Roger? Play free and attacking like his last two matches in Dubai and look to go deep.  As you can see from the picture below he's been trialling a new two backhand under the tutelage of Ivan Ljubicic which could prove the difference when it really comes to the crunch. 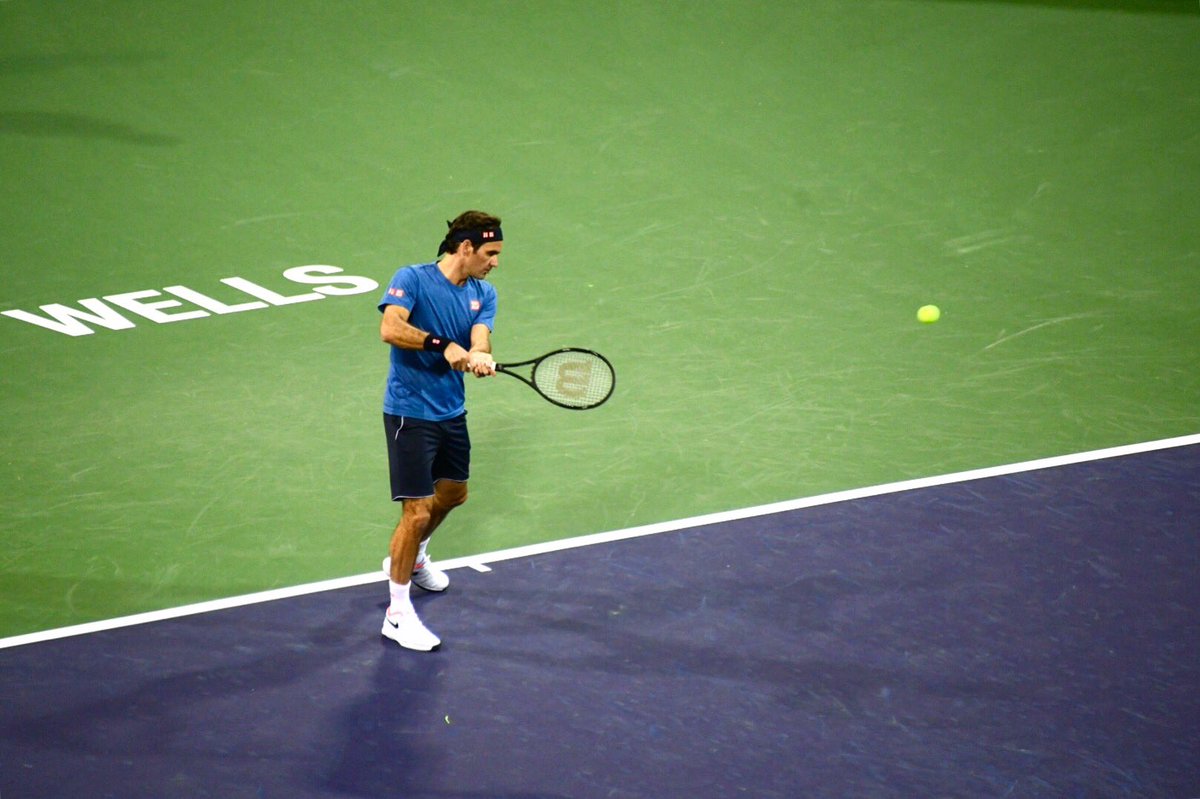