One of the most budget-friendly tennis strings on the market is Head Velocity MLT, a comfortable multifilament string that's designed to offer a solid blend of power and touch thanks to it's 1,000 ultra-flexible filament construction.

This flexible construction means Velocity MLT offers an arm- friendly feel with low vibration and minimal shock on off-centre hits.  Alongside that Head adds a low-friction coating to boost durability and give players access to more spin potential.

So is Velocity MLT a good choice for club and weekend tournament players who want the most bang for their buck? Let's take a look in this playtest.

In a family of multifilament strings, which – based on the construction and manufacturing process – already provide a lot of power, the VELOCITY MLT is the power poster child. Its multifilament core is surrounded by thicker filaments, which enhance the energy efficiency and provide, well, power. At the same time the low friction coating makes sure that the strings re-align after every shot for high spin potential. Throwing in a lively feel, the VELOCITY MLT is a great durable power generator for tournament or club players. How Head pitch their Velocity MLT String

After a lot of thought, I had Velocity strung on a Head YouTek Graphene Speed S, which is a light-medium frame (285 g unstrung), with an unusually thin beam for its weight (constant 22 mm), slightly head heavy and not too stiff.

It's not a “power” frame at all, so I wanted to see if I could get some extra juice from an elastic nylon multifilament on a control orientated frame, which is something I don't often try, having got used to the crisp and direct feel of stiffer setups. I had it strung at 25 kgf (that's about 55 lbf in British units), which is pretty much middle of the usually recommended tension range in most frames and adequate for just about any nylon.

The first thing that I noticed was how slick the string surface is for a multifilament. There is so much coating that the outer wrap of filaments is barely visible as if someone had soaked a rope in a barrel of molten tar (the tested specimen was black).

It looks almost like texturized single filament polyester. The strings slide against each other very easily, which indicates that spin might be better than with other nylon strings. Moving strings around manually is usually the first thing I do on a string job when I don't know the materials beforehand. It's a bit like smelling a new dish before the inevitable taste test.

Not surprisingly for a nylon multifilament, the first impression is the comfort that in this case, I would describe as being of the mushy “type” (if such concept as a type of comfort even exists).

This is in sharp contrast with, for example, the popular Tecnifibre X-One Biphase. The latter, although similarly comfortable, produces a much “dryer” and exuberant impact… for twice the price. I will mention that string a couple more times because it's a well-known reference point.

No matter how badly off-centre, there's very little, if any, shock being transmitted to the arm, so feel free to shank away.

As a side note, this assessment would be more meaningful if I had strung the Vecolity in a more intolerant frame, but choices must be made. However, the previous two string sets on that frame were polyester, which felt markedly more uncomfortable, so we can say with confidence that the racquet wasn't playing much of a part for comfort.

This shock resistance property also has its disadvantages because the very low vibration level dampens the feedback to a point where it can be quite a move away for those more used to crisper setups (frame + strings). Hence, it is not an immediate affair to properly tune the strokes.

It took me a good 10-15 minutes until I found a groove, because at first even putting the ball in play from a ground bounce felt a bit strange (“hey, did I hit the ball or not?”) It's a discrete string, so to speak, both on touch and the sound it produces or, rather, does not.

As for power return, generally, nylon multifilaments tend to be very elastic and, especially when they get old and lose tension, they make ball control a bit difficult due to the “trampoline” effect.

It's more or less the kind of lottery you get with a pre-strung racquet. In other words: if you hit hard, you may get more than you expect. This is helpful for beginners but can be an annoyance for stronger players who may find themselves contracting their strokes instead of swinging freely.

I found that this was not the case of Head Velocity. The power return is quite low for a nylon multifilament, and it was a bit of a surprise that the balls were landing inside the baseline even when I seemed to have gone for it too much.

When this happens, you start to get more confident and loosen the strokes, which can only be a good thing. The results on groundstrokes are not fundamentally different from what you get with polyester, but without the raw and sometimes brute feedback on harder shots, and definitely more reliable on softer ones.

What was undoubtedly helping here was the spin capability, which is very decent for this class of string. It seems to be, in my view, because of the very slick coating that allows the strings to slide and snap back very much like a polyester string.

This is while the coating lasts, of course; during this time, string movement is almost on par with polyester. Only after the second hour some of the main strings got a little displaced, but nothing worth worrying about except for the pickiest.

At the third hour, the coating started to wear off a bit, and I saw the first glimpse of fraying. The response also seemed to get a little crisper as time went by, but the comfort was intact, and there was no sign of tension loss either.

I also let my son test it for a while; after all, that was the frame he used when he started taking lessons, and he appreciated the comfort, control and easy spin. Like me, he was also hitting fewer balls long but complained that there was not much free power. I think he should appreciate that instead of complaining because he is a loose cannon.

On serves, the experience was very similar to groundstrokes but a little more demanding: I found myself having to swing faster, looser and let the racquet go to get good ball speed and free points with it. A little too much grip squeeze or a little hesitation and the services were easily attackable.

So, make sure you put enough spin on it, and all should be fine. It's not very dissimilar to polyester in this regard, just a little livelier, more comfortable and tolerant. Comparing to another nylon, X-One Biphase gives a lot more on flat services but produces an ugly scraping sound, while Velocity provides a much smoother experience.

Overheads presented a similar power challenge, but since the ball is coming at a higher speed, a fast swing will – at last, rejoice! – result in a crisp shot and a decently loud pop. I remember thinking “Ah! A bang at last!”

Volleys were also very easy, and it's mostly due to the tolerance of the string. Being a reflex shot, off-centre hits are naturally more frequent, and this is where it pays to have a softer string. Sure, the directional control is not entirely on par with the precise, dry and crisp shot of polyester, but missing the sweet spot won't do much harm, and you won't need so much effort on a punch or put-away volley. Very importantly, the lower power response also helps here, should you tend to go for too much with the volleys.

Who This String is For

I am not sure I would recommend this to an absolute beginner, because of the low power return and the lack of feedback and pop.

I think it's more for someone who is just getting stronger, is not afraid to hit hard and is a sensible person who will not jump on the polyester wagon just because it's trendy.

On the other hand, intermediates who wish to move away for a while from the demanding properties of polyester will likely enjoy Velocity.

I would not string a light and soft frame with it, otherwise, the lack of pop may diminish the power return to frustrating levels, but I'm extrapolating here.

On the other extreme, stronger players waving heftier frames might try to increase the tension a bit (1-2 kgf maximum) to get a little more crispness.

However, since heavy frames handle stiff strings better anyway, there might not be many benefits over a polyester, so, unless you don't want to make any concessions in comfort, the scope for this string probably gets more and more limited as you go up in the play level. 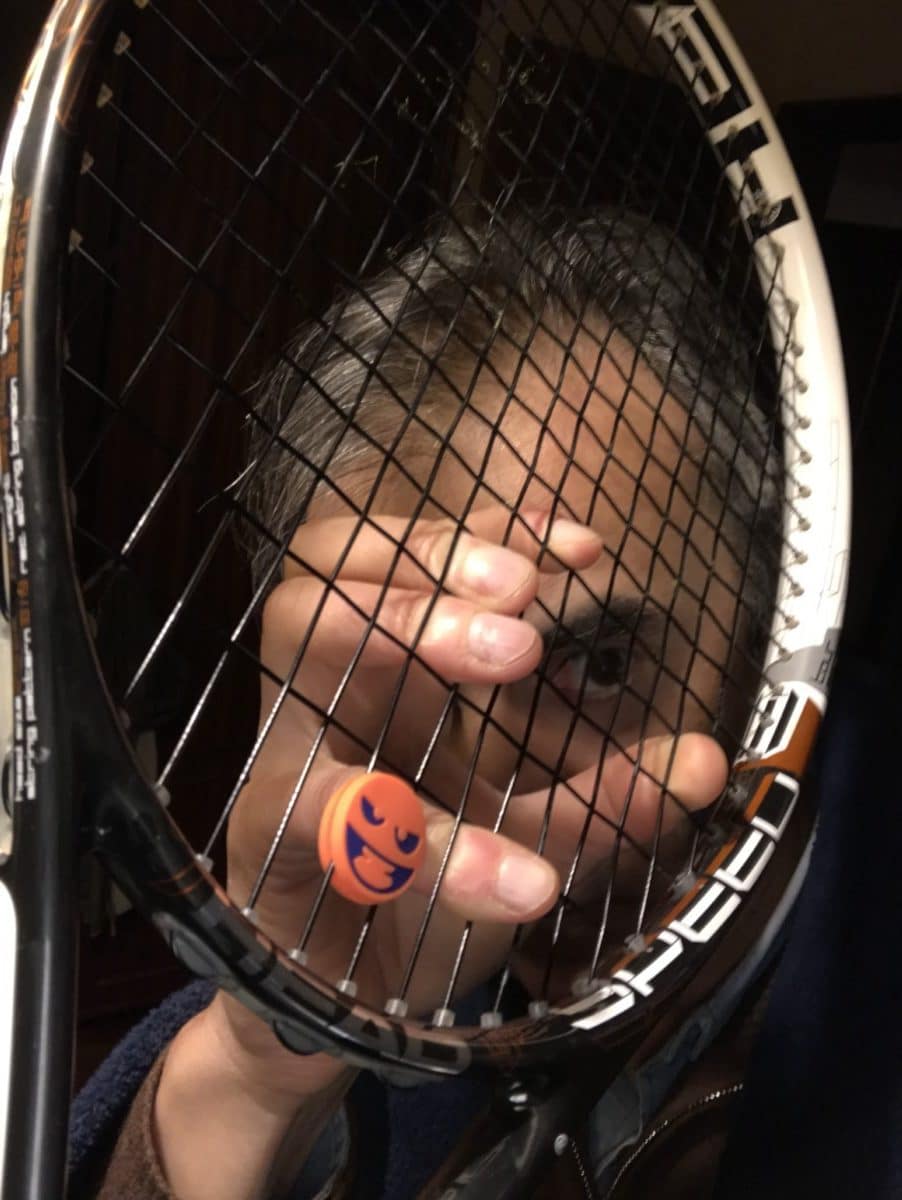 Head Velocity is quite an unusual nylon multifilament. It provides better control, snapback and spin than most nylons but with a similar comfort level and feel biased towards the muted side.

It's also very tolerant on bad hits. Sure enough, it lacks the power return of livelier multifilaments and the raw crispness/firmness of most polyesters, but gives you all the comfort of the first and much of the control of the latter, thus covering quite a wide range of playing styles.

It won't cause any exclamations on the court, and it's not a string for those days when you grab a knife with your teeth and go all out. It's more like a quiet friend who will behave very competently in just about any shot. This was a fascinating and informative test.

Have you tried Head Velocity MLT? Have any questions about it? Let me know in the comments.

Competent on just about any shot

Head Velocity is quite an unusual nylon multifilament. It provides better control, snap back and spin than most nylons but with a similar comfort level and feel clearly biased towards the muted side. It’s also very tolerant to bad hits. 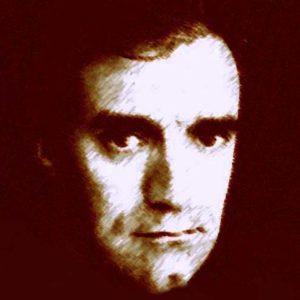 Live in Lisbon, Portugal and work as a chemical engineer. Incidentally some of the materials my company produces are used for tennis gear, such as ball felts and carbon fibre for frames. I'm tennis passionate for as long as I remember and a huge Federer fan but generally of any players or teams who place sports ethics above winning greed. I started playing very late and practice twice a week and occasionally at weekends. I pay great attention to gear, which can sometimes get a bit too distracting.