The draw for Roland Garros 2019 has just taken place at the Orangerie building in the Jardin des Serres d'Auteuil and Roger Federer will face Lorenzo Sonego in the first round.

Heading in as the third seed, this is Roger's first appearance at Roland Garros since 2015 and it will certainly be interesting to see what sort of tennis he can produce on what is now widely regarded as his weakest surface. You can see his projected opponents below: 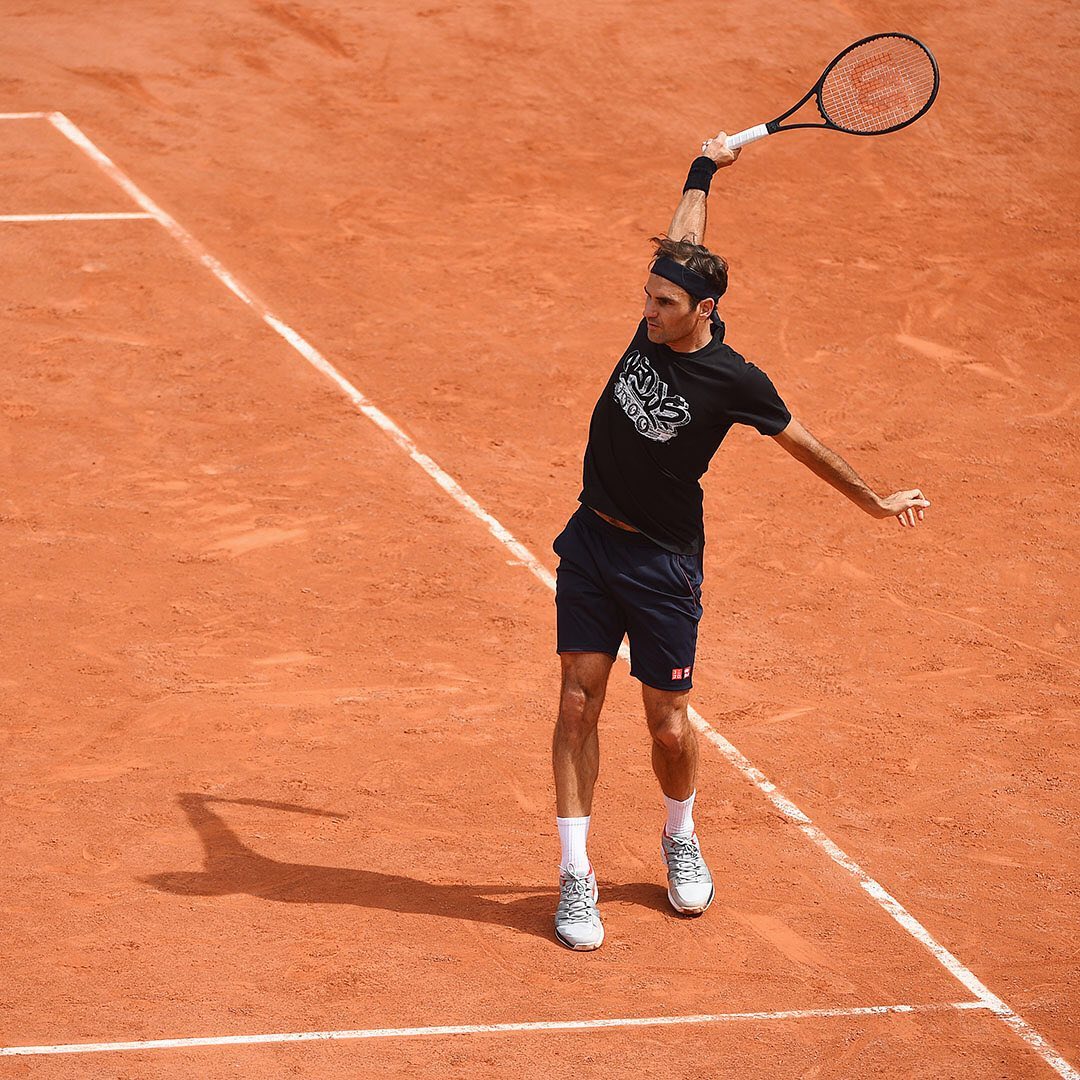 First up for Roger is the Italian Lorenzo Sonego. The two have never met before so if you did your homework from my Federer career statistics post, you'll know this will be the 334th different opponent Federer has faced in his career.

Sonego is an out and out clay court specialist with all his Challenger and Futures titles coming on the dirt and he was able to make the Quarter Finals at this year's Monte Carlo Rolex Masters.

I know very little about him but from YouTube, he looks to have a decent backhand and a bit of a funky serve.  So a tricky opener for Roger, one you expect him to win but it could be competitive.

Round 2 then pits Federer against Malek Jaziri or a Qualifier. Clay isn't Jaziri's best surface and he's never been past the second round in Paris but he can play well in flashes. He's definitely not the fittest guy on tour and with the qualifiers yet to be placed I'm not sure who Roger is more likely to face assuming he makes it out of round one.

Into the last 32 and Matteo Berrettini is the likely opponent. The Italian has had a great clay court swing winning the Hungarian Open, making the final Munich and recording his first top 5 win against Sascha Zverev in Rome.

Berrettini has a big weapon in his serve and can win a lot of free points with it so that's another match that could be competitive. I saw some of his matches in Gstaad last year and he's very comfortable on clay, likes the drop shot yet can grind too when the situation calls for it.

The fourth round could see Roger play an Italian for the third time in four matches as Marco Cecchinato is the top seed. Marco is returning to Roland Garros with fond memories having beaten Novak Djokovic on the way to the semifinals at last years tournament but he's not in the best of form. His best clay performance this season came at the Bavarian Open where he made the semifinal but other than he's not had that many meaningful results.

Schwartzman is also in this section and he's coming in off a successful tournament in Rome where he pushed Djokovic to the wire in the semi-final. Based on that he's my favourite to come through his section as he's solid and doesn't stop running.  Roger practised with the diminutive Argentinian this week and it's tough to see where Schwartzman can make the impact with his game other than by making a lot of balls and hoping Roger misses.

For the quarterfinals, Tsitsipas is the top seed but there are a few other names in that quarter with Wawrinka, Garin, Cilic and Dimitrov all there that are capable of winning four or more matches in Paris.

However, apart from Garin who's been playing great this season, their respective form is absolutely woeful. Both Stan and Grigor bombed out in Geneva this week and Cilic has had some dreadful results of late. I quite like the look of Krajinovic as an outsider in that section but Tsitsipas is all business-like on the court so he should come through. 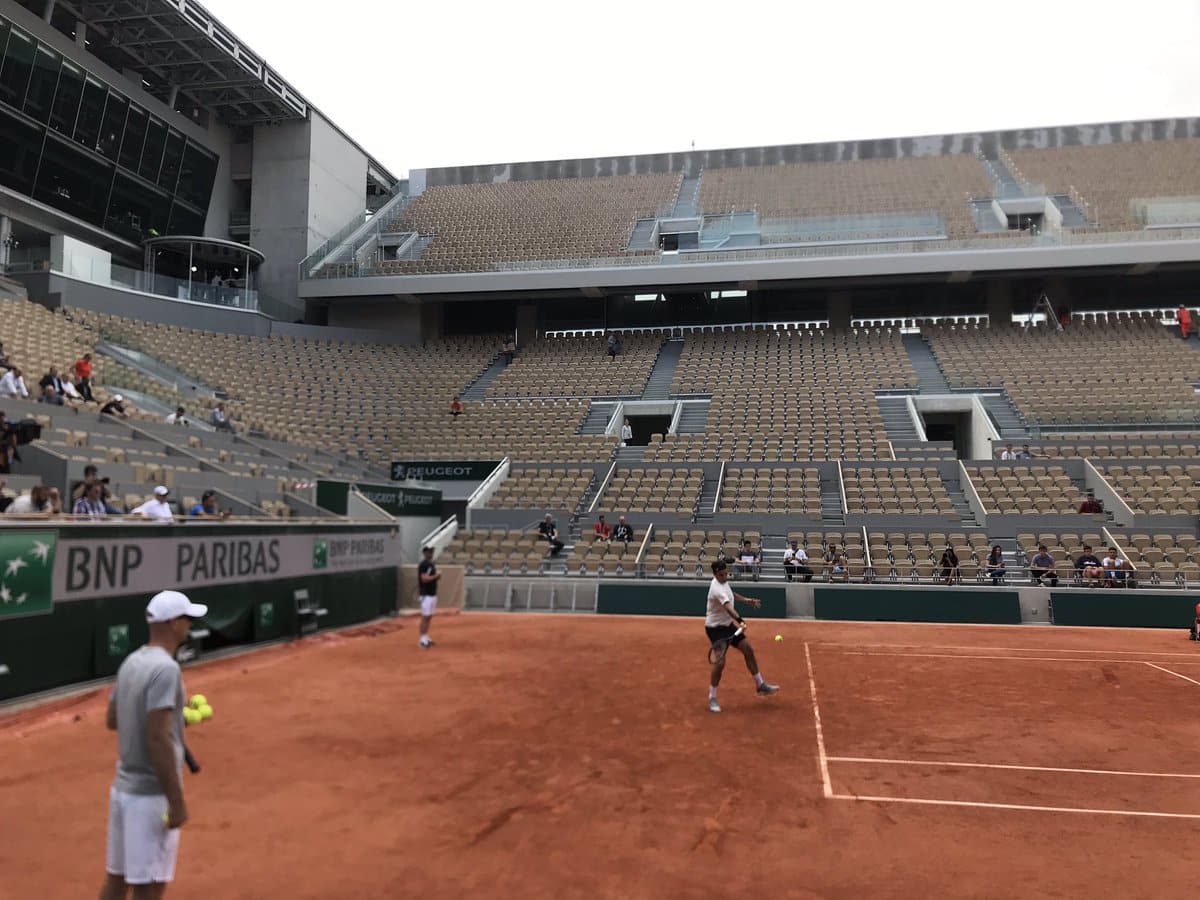 Roger is in Nadal's half so Rafa would naturally be the semifinal opponent and the eleven time Champion has an absolute cakewalk of a draw. Of course, it's only on paper and it only takes one guy to find his form but his quarter is filled with clay court lightweights and mental midgets 😆

The other half of the draw has Djokovic as the top seed and there are some tricky names in there for him. Even Hurkacz in the first round is no pushover so he won't have it all his own way. I liked what I saw from him in Rome though and if he can come through some of those tricky matches efficiently he's the favourite to make the final along with Rafa.

Federer's Practice on the new Chatrier Court with Schwartzman

Predictions for Federer? 4th Round of Quarter Finals for me. But the draw is bound to change after day 1 so anything can happen 🙂