Roger Federer put in his best performance of the Australian Open so far with a straight-set dismissal of Taylor Fritz in 1 hour and 28 minutes.

The Swiss dropped only three first-serve points (93%, 40/43) and broke serve 5 times en route to 6-2 7-5 6-2 victory that puts him into the second week where he'll face Stefanos Tsitsipas in the fourth round on Sunday. 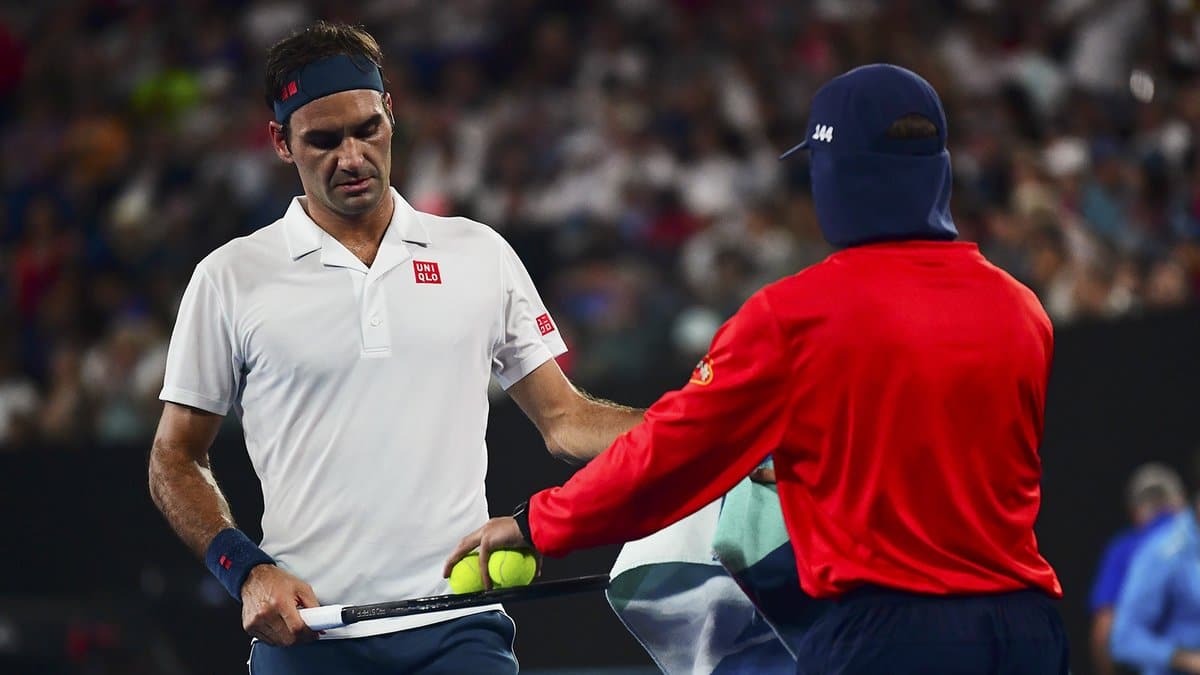 Fritz won the toss and elected to serve. A quick hold put him on the board for 1-0 before Roger quickly levelled to love.

An ace to start game three made it seem as though the American was starting nicely but Roger quickly dispelled that notion winning four points in a row to break for 2-1.

A double fault at 15-15 gave Fritz a slight sniff off a reprieve but Roger held and broke again for 4-1 before taking the set 6-2, landing 72% of serves and converting both his break points.

Into set two and Fritz again kicked things off with a comfortable hold before Roger once again levelled with a hold to love. A repeat of the first set looked likely when the Swiss fashioned a break point in game three but this time Fritz held for 2-1.

That started a mini-revival for the San Diego native as he began to find some more penetration with his serve and forehand to take care of his service games.

The problem however was he was having little success on the return, his only real inroad coming in game eight where Roger came out on top on a 25 shot rally that would have given Fritz break point. Instead, Roger held for 4-4 and was able to break two games later before serving out the set 7-5.

Coming from two sets down looked to be an impossible task for the American having had a tough four-setter in the round previous and so it proved as Roger moved up an early break in set three to lead 2-1. Another break came in game five for 4-1 and the Swiss soon sealed it 6-2. 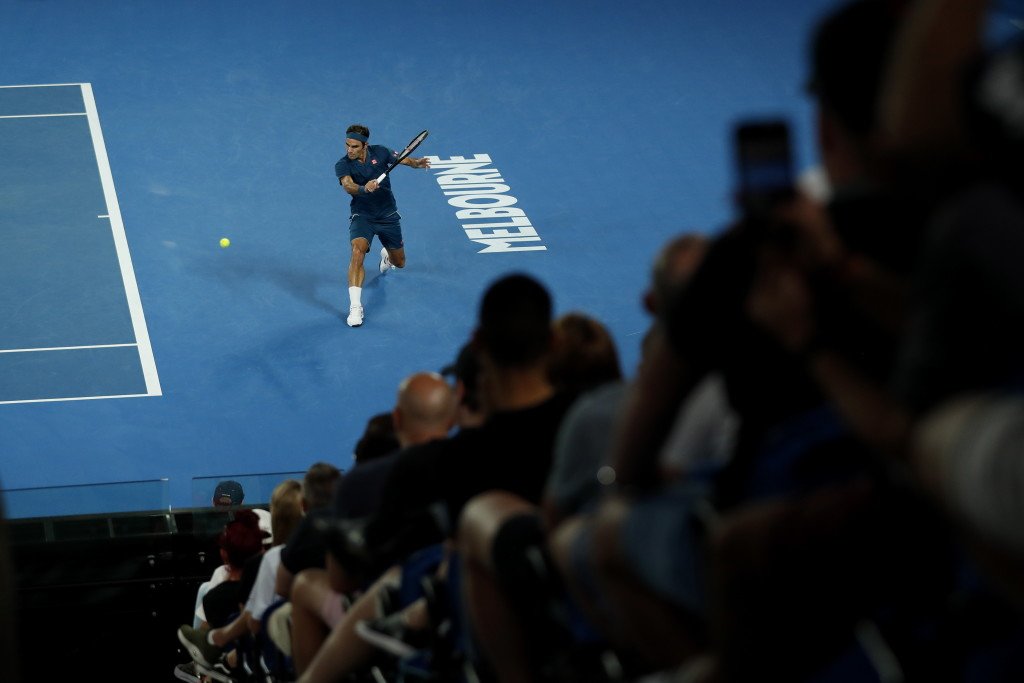 I wanted to get out of the blocks quickly because I knew the threat of Taylor, his possibilities on the serve, what he can do on the return, especially the second serve. I think I had extra focus today to make sure I really got off to a quick start and I did.

The second was tight, tough, there were a few chances. He protected his serve well and then it was close it at the end. We had some tough points, it was good and like you said I had a good feeling out here today against someone who can be very dangerous out here.

A super fluent performance here from Roger and he was all over Fritz from the word go, giving him very little time from the baseline and getting off to such a quick start that the American had little time to gather his senses.

It was a bit like a boxer taking a huge shot in the opening round and Fritz was on wobbly legs thereafter unable to really get on the front foot or do much damage.

Aside from a brief spell in the second set,  where Fritz found some momentum to win a few return points and miss out on a break point chance by a whisker after losing a 25 shot rally, that was the only chance he had of ever making it into a match.

Fed just kept moving forward, shrinking the court, landing shots and he never looked in any trouble; facing no break points and winning 93% behind his first serve. Job done 🙂 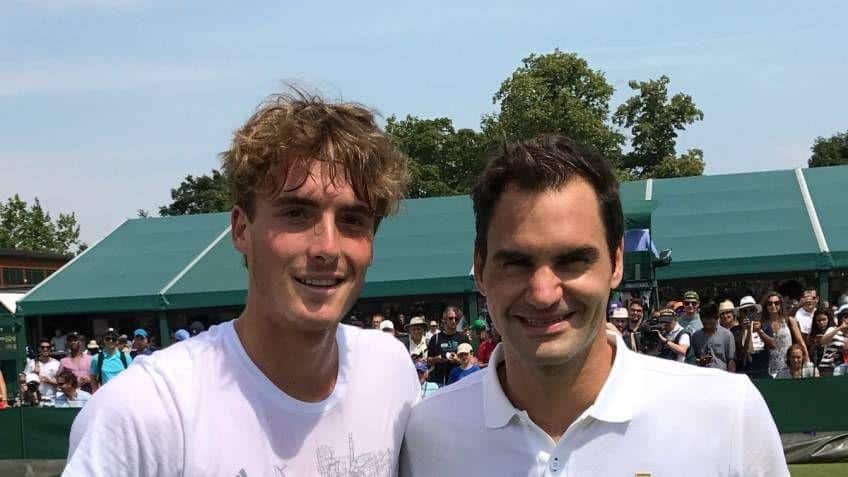 I'm happy I played against him at the Hopman Cup. I think he played really well there. I actually did too. I thought it was really high-quality tennis. This is obviously a different type of match, it is best of five, it being the fourth round of a slam, you know, where we know now how we feel on this court. I think he had to work extremely hard against Basilashvili again today because he hits hard and I saw him before I went out really defending well and a lot.

I'm happy for him. He's playing so well, and I'm looking forward to the matchup with him. I think it's going to be a good one. I like how he mixes up his game and also comes to the net. So will I. I think we will see some athletic attacking tennis being played.

Next up is Stefanos Tsitsipas who defeated Basilashvili in four sets and will be Roger's toughest opponent yet. The Greek has dropped a set in each of this first three matches spending 9 hours and 56 minutes on court so far, Roger, on the other hand, has spent 6 hours and 11 minutes in winning his first three matches. A bit of a gap but whether it makes a difference I'm not that sure as Stefanos is a young guy who should be able to recover quickly.

Based on what we saw at the Hopman Cup, Tsitsipas can go toe to with Roger and cause problems with his game style.

He has big shots on both wings, moves well and looks to play aggressively. Much like today, I think Roger will need to come out and try to get on top early from the baseline to take his opponents time away.

I'd like to see more of what we got today but some more aggressive returning. I think if he attacks Tsitsipas's second serve he'll get some cheap return points.

The Greek has a fairly high and inconsistent ball toss and under pressure, these things do break down. It used to happen to Berdych a lot as whenever you are hitting the ball when it's dropping, the margin for error is smaller as the ball is travelling faster. I noticed it at the Hopman Cup but Tsitispas had a pretty good serving day then, maybe Best of 5 on Roger's GOAT buddy's court it's not as simple. Hopefully Fed in 3, but could be tougher.

What did you guys think of the Fritz match? Predictions against Tsitsipas? Let me know in the comments.