Roger Federer is into his 10th Dubai Final and just one match away from an 8th title in the United Arab Emirates and 100th overall after defeating Borna Coric 6-2, 6-2 in Friday's semifinal.

The win sees Federer become the first player in the open era to make at least 10 finals at 5 different tournaments on the ATP tour and he'll be contesting his 152nd career final overall on Saturday against Stefanos Tstisipas who defeated Gael Monfils in a third set tie break.

The win also means Roger is back in the top 5 and with Del Potro withdrawing from Indian Wells he will be the fourth seed. Important win! 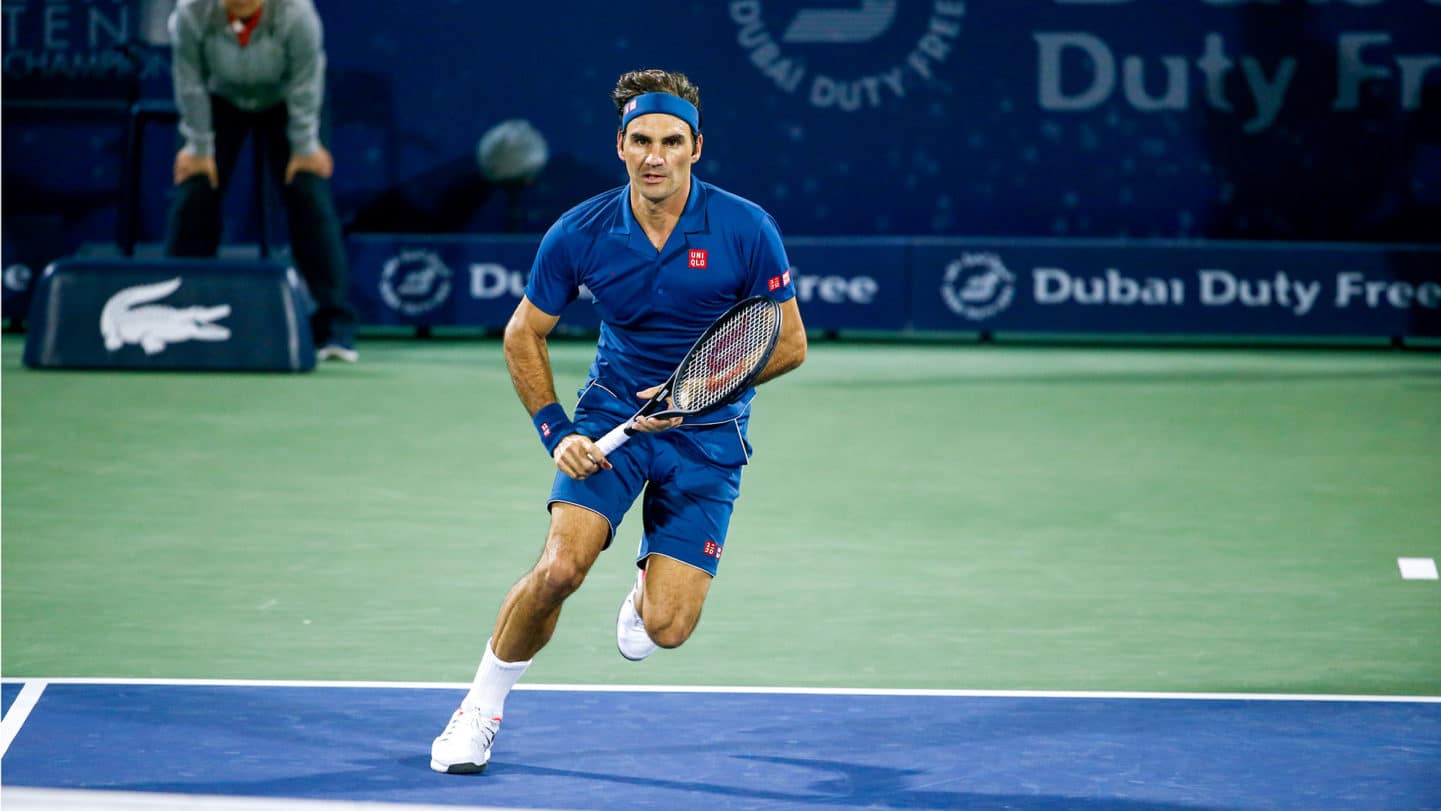 Federer won the toss and elected to receive, fashioning thirty all before Coric held for 1-0. A hold to thirty saw Roger level and in game three he was able to break at the first time of asking to lead 2-1.

Coris was able to make deuce in game four aided by a double fault from the Wilson Wand but Roger held for 3-1 then made double sure of the set with the insurance break for 4-1.

By now Roger had cottoned to the fact Coric wasn't feeling fresh after all his matches had gone to third set tie breaks this week so he began to test out his legs with the drop shot to great effect en route to taking the set 6-2.

The Swiss fired 11 winners and won 8 out of 10 points at the net in what was his cleanest set of the week so far.

Into set two and the drop shot trend continued as Roger set up break point with the shot in the opening service game. Coric saved it but after holding his second game point of the game he double-faulted at deuce and Roger broke for 1-0.

A hold to fifteen then put the Swiss up 2-0 and Coric had to dig deep to save break and hold in game three. However, the pressure was instantly back on as Roger held to love and in game seven Coric finally buckled as Roger broke for 5-2 then served it out in style to move into the final. 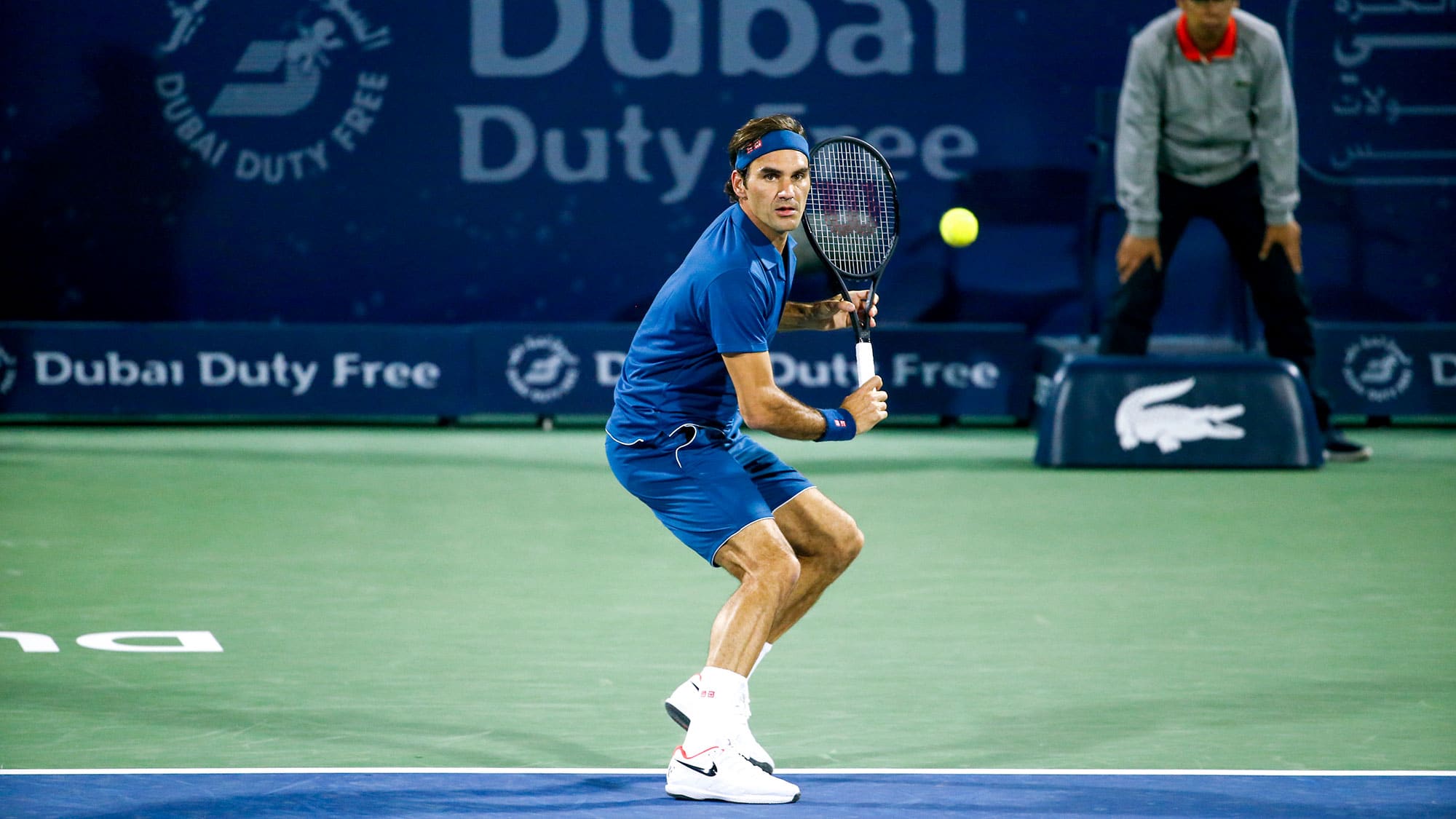 I was really happy with my play today, in terms of feeling (it) was definitely by far the best one. So that was good. I’m sure Borna was feeling it a little bit from his last few matches. Again, I’ve also been tired the past and lost some. You just take it on your chin, move on, you try your best. He did that today. From my side, I think it was important to mix it up, be solid, not give him too many chances, keep showing him it’s going to be really difficult for him to win. At the end I actually played really good. I’m very pleased.

Best match of the week for Roger here and he played solidly throughout. He started in confident fashion with more purpose than we've seen in the previous rounds and once he knew Coric wasn't at his wall like best when he was able to relax and mix it up nicely.

The drop shot worked perfectly as Coric didn't have the explosiveness to track them down and with Roger moving in behind them he was able to dictate play winning five of the first six games.

Once he had that cushion it was pretty much plain sailing and the Croatian never really had much of a look in winning just 11 points on the return and not creating a single break point.

So no second set walkabout, just over an hour on court and no breaks of serve augurs well for the final on Saturday. I'm not getting carried away as he clearly profited from a tired Coric but you can't argue with his level and crisp ball striking in what were again tough blustery conditions.

I’m looking forward to playing against him. He’s really made major improvements in the last few years and I’m sure we will see so much more of him. So I’m happy to be playing him in the final.

I was horribly disappointed and upset that I missed as many breakpoints as I did in Australia, with all the opportunities I had. That match kind of hurt in some ways. But, you know, it’s part of the game. I hope I’m going to play well. I’m more focused just on my own game, to be quite honest, than him. Probably reaching a hundred titles. I’m just going to try to focus and play good tennis.

Next up is Stefanos Tsitsipas who defeated Gael Monfils in a high-quality third set tie break to avenge his loss in Sofia to the Frenchman and back up his win in Marseille from last week.

The Greek is on a huge upswing right now and by making the final he has broken into the Top 10 and heads into Saturday's showpiece with a 1-0 lead in the H2H against Roger thanks to his win at the Australian Open.

I watched most of the semi-final and Monfils really should have won. He made a huge error by not challenging a ball that was half a foot out in the second set tie break at 4-5. Not only that he reverted to passive Monfils mode at key moments which lets Tsitsipas recover a break in the second set and save multiple break points in the decider.

So predictions? Based on Melbourne, Tsitsipas will be a big test for Roger here and is more than capable of taking the title. It's not easy for Fed to put the ball away on this slower Dubai Court this year so he's going to have to really mix it up and keep striking the ball cleanly when it really matters.

The good news is Tsitsipas spent 3 hours on court and did a fair bit of running today, he also played a three-setter in the Quarter Final too so has clocked up a fair bit of court time this week coupled with his four matches at the Open 13.

So will the pressure and crowd expectancy of Title #100 take it's toll or can Fed come out firing like today and avenge his Australian Open loss? I'm not sure and it probably depends on which side he gets out of bed 🙂 . I'm hoping for the latter and if he can play freely like today and just play each ball on it's merit then I like his chances.

What are your predictions for the final? Let me know in the comments.