Roger Federer now has 99 tour level titles to his name after soundly beating Marius Copil 7-6(5), 6-4 to win his 9th Swiss Indoors crown in 1 hour and 33 minutes.

The Basel native is on a 20 match winning streak at the St Jakobshalle and despite Copil's impressive week knocking out Cilic and Zverev, Roger was one step too far for the Romanian Qualifier who was playing his second ATP final of 2018.

The victory sees Roger bag his 4th title of the season and he's now 10 titles off all-time leader Jimmy Connors. Will he get there? Unlikely but you ever know. 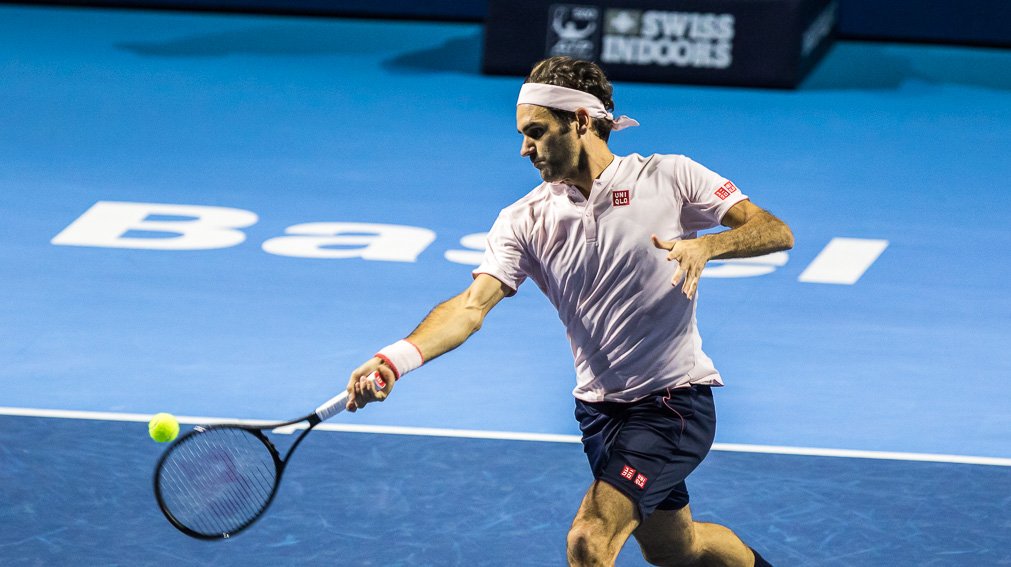 Federer won the toss and elected to serve, firing down a sub-60-second hold to get off to a strong start. Copil had been serving bombs all week and he started from where he left off against Zverev with two aces en route to holding.

Buoyed by getting on the scoreboard Copil quickly found his feet in game three, rushing Federer from the baseline and he broke for 2-1. More big serves helped then helped him hold for 3-1 to establish a tidy lead.

A love hold for Roger meant Copil was soon backing serving and the Swiss finally made some inroads, winning a 17 shot rally to bring up a breakpoint and taking it to level at 3 all.

The pair then exchanged holds but it was Roger looking the more vulnerable, winning 0% of points behind his first serve and hitting 3 double faults by game seven. However, from there, he began to take it up a notch, holding to love for 5-4 and 6-5 to give himself some breathing room.

Into the tie-break and both players started strongly but it was Copil who blinked first, playing a poorly timed drop shot to slip down a mini break at 3-4. Roger then held his next two serves for 6-3 and converted the first set point on his own serve to take it 7-5.

Copil kicked off set two with a hold to 30 and the Qualifier broke for the second time in the match to take a two love lead thanks to some solid hitting. A hold to 30 consolidated the break for 3-0 and after Copil saved two break points to hold for 4-1 it looked like the set could well be his.

However, Roger held to love for 4-2 and then found a way back in the match with a break back, garnered by extending points where possible as Copil began to look tired. The score was soon 4-4 thanks to a love hold and then in a game with three challenges that all went against Copil, Roger broke for 5-4. He then saved a break point to hold and take down his 9th Basel title.

Point of the Match 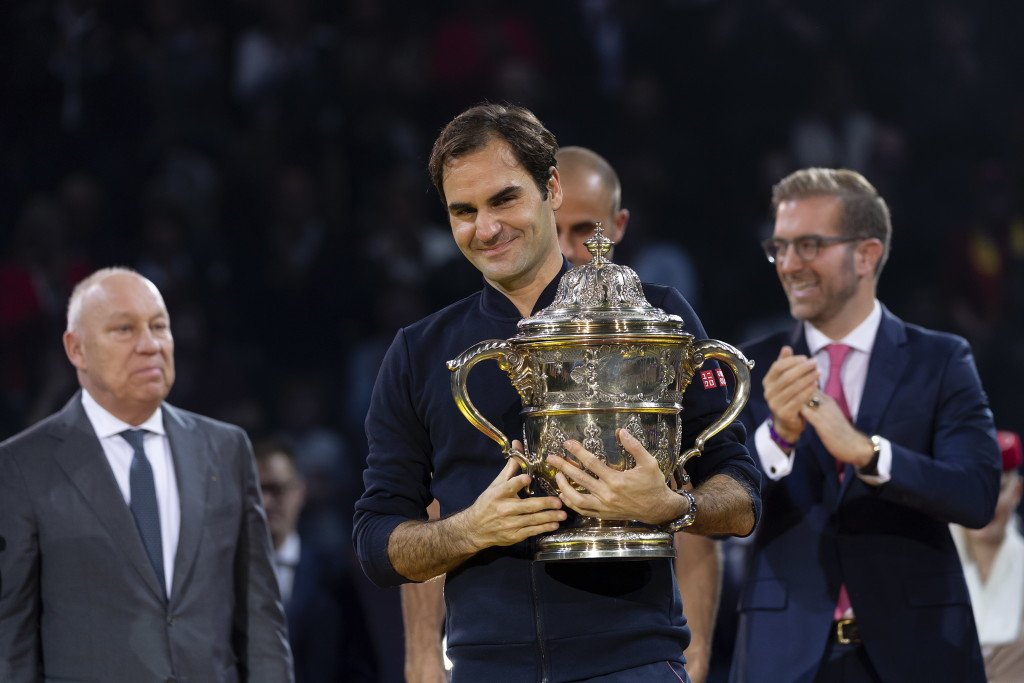 The Uniqlo monkey is finally off Roger's back and he's now just one title shy of 100 after taking down his 9th Basel crown. It's been a week of struggle tennis for the Swiss who's dropped serve for fun and been down a break in virtually every set he's played but when is all said and he done he walks away with the trophy which is really all that matters.

Today I thought he played decently and seemed to have a bit more faith in his groundstrokes which was good to see. Anytime he starts a match with a sub-60-second hold you usually get good vibes so to see him broken in the next service game was a bit of a surprise. But he stuck to the task, managed to soak up Copil's hitting to break back and from there looked more convincing on serve.

The tie-break, like the one against Simon 2 days ago, was again impressive with no wobbles and that basically won him the title. From there he was able to play a bit more freely and Copil began to look leggy, massaging his hamstring at the changeovers. Roger clearly noticed that as he went about extending the points where possible which worked to recover the break in the second set.

So a good end to what goes down as a good week . Not at his best over the 7 days and I think playing Copil in the final helped somewhat but hopefully he can build some momentum from this win be it in Paris or London.

What did you guys think of the final? Will he play Paris? I'll be doing a draw post shortly. Let me know in the comments.