Another slow start in Basel but it ended with a 17th win in a row for Roger Federer as he defeated Jan-Lennard Struff 6-3, 7-5 to move into the Quarter Finals at the Swiss Indoors.

It was the third meeting between the pair this season, and Roger is yet to drop a set against the 6'5” German shaking off an early loss of serve here to move through in 1 hour and 7 minutes. 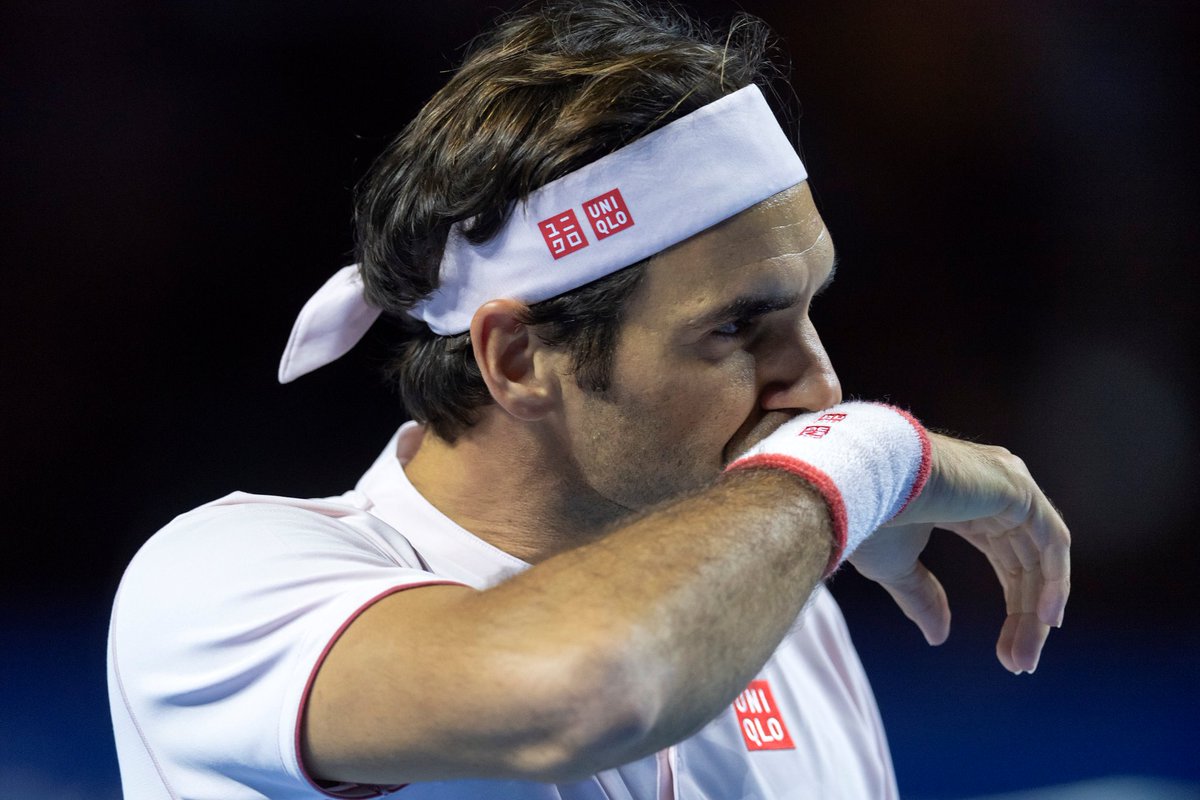 Federer won the toss, elected to serve and soon found himself down 0-30 after two scratch points. He recovered to hold before Struff fired down an impressive love hold.

The Swiss then got into another 0-30 hole and this time couldn't escape as Struff broken then held for 3-1.

A hold to thirty kept Roger in touch and he was able to get back on level terms after Struff double-faulted on break point.

That gave the Swiss momentum and he held for 4-3 before breaking Struff again who played a wild game, missing a routine put away and blazing his groundstrokes virtually into the advertising hoardings.  Roger then served it out to 30 to take the set 6-3.

Into set two and Struff kicked things off with a hold to 30. Roger matched it and the pair began to exchange comfortable holds with the scoreboard ticking over to 4 games all.

A love hold then put Struff up 5-4 with some scoreboard pressure on the Swiss but he responded with a hold to love of his own.

That put the pressure straight back on Struff and he fluffed his lines, dropping serve from 40-30 and again double-faulting on break point. Roger then served it out in routine fashion to move into the Quarter Finals. 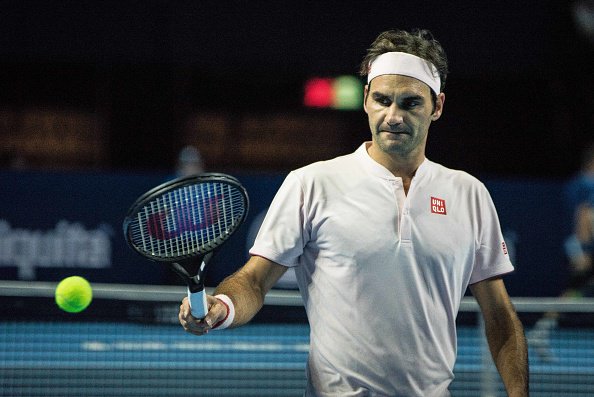 An improved performance from the Fed meister here and once he got going he was able to play some decent tennis. Like his first round match, he started in scratchy form, missing too many first serves and not playing with a positive mindset.

Most of his groundstroke misses were when he was moving backwards or too static and he didn't look at all happy in the first few games.

Slowly but surely he was able to pick it up and by the end of set one, you could see he was more purposeful on the court. That paid off as it made Struff feel like he had to come up with something extra and he went for way too much.

The fact he double-faulted on two of the three break points made things much simpler for Roger and with his own serve not exactly looking in vintage form it was just the sort of help he needed to come through without any real battle scars.

Stats wise it's all fairly average and 5 double faults are again way too high. Only 53% of first serves were landed too which needs to be way higher for when he runs into a decent returner. The forehand looked slightly better and compared to Struff's it was suitably impressive 😀

Next up is Gilles Simon who defeated Ernests Gulbis in two tie-break sets. I watched most of the match and Simon was his usual self; making a lot of balls, moving speedily and just generally frustrating his opponent.

Gulbis should have won at least one set though as he was on top in a lot of the points but he never stuck to the task. Not sure if he was fatigued from last weeks run to the finals but one minute he was going big, the next looping it in which played into Simon's hands and some of his dropshot choices were ambitious, to say the least.

Anyway, Simon is through and he's playing some pretty good stuff having won the Moselle Open a few weeks back and making the Quarter Finals in Antwerp last week. Roger leads the H2H 6-2 and he lost the first two meetings between so he's been on a bit of a run against the Frenchman although they haven't all been plain sailing 😀

Simon won their sole indoor hardcourt match back at the 2008 Masters Cup in Shanghai and 6 of his 14 titles have come on indoor hard courts so it's probably his best surface. As a result, he will probably give Roger a run for his money here.

When you watch Simon play you think how on earth did he get to #6 in the world with a weak serve and no big shots but he's such a clean ball striker off both wings, a great mover and he always seems to make a solid contact even when on the run.

From Fed's side, he needs to dispatch Simon's second serve as he did to Nishikori in Shangai and to be honest he needs to really hit his straps from the back of the court. Simon ran him close in Shanghai the last time they played on hard courts and actually served for the first set in that match.

I remember that final well and Simon's almost hypnotic style is very good at lulling his opponent into trading nice and easy groundstrokes from the baseline.

Roger got around it that day by throwing in a ton of variety paired with ramping up the aggression off anything short. When Simon had to generate his own pace the effectiveness of his counter punching dropped off big time and Roger was able to step in and spread the court enough to draw errors/hit winners. I think it's the same blueprint for this Basel Quarter Final. What do you think?