Another hard fought victory for Roger Federer in Shanghai as he overcame Bautista Agut 6-3, 2-6, 6-4 in one hour and fifty-two minutes to book his spot in the Quarter Finals where he will me Kei Nishikori.

The Swiss was coming in from a tough three-setter yesterday evening against Daniil Medvedev and was again forced to work by another flat hitting opponent who's forehand caught fire in the second set to test the defending champion who'd not lost a set to Bautista Agut in 5 previous meetings. 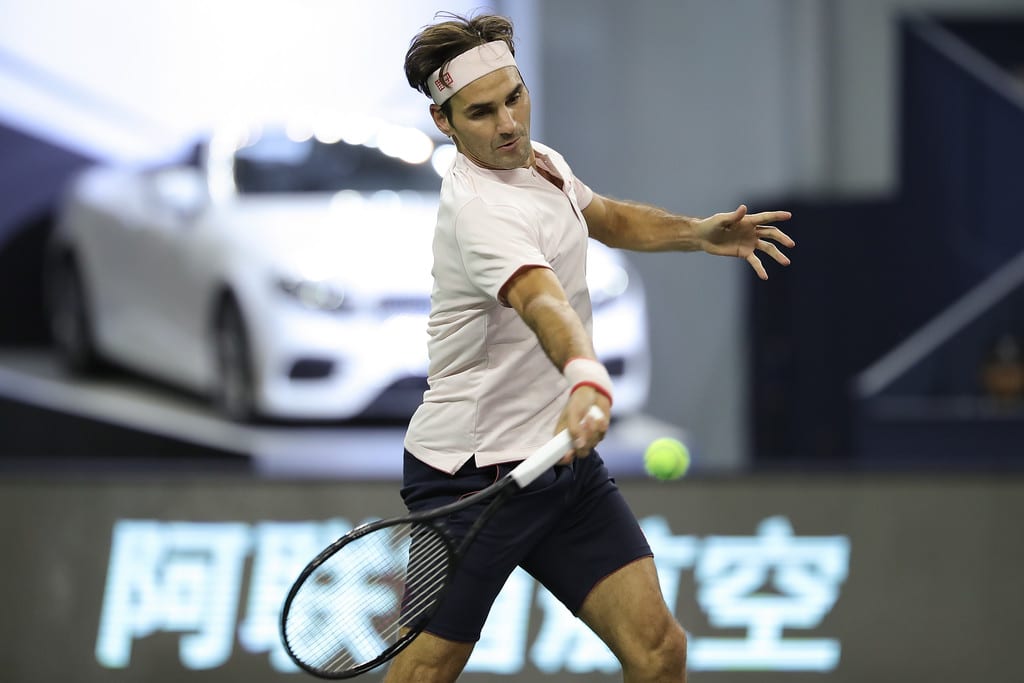 Bautista Agut won the toss and elected to receive. A perfect opening game saw Roger hold to love. Bautista Agut levelled and then held a break point but Roger erased it. That early save gave Roger some energy and he reeled off four points in a row to break for 3-1, coming out on top in a 27 shot rally on break point. The break was consolidated to fifteen and Roger cruised through his next two service games to take the set 6-3.

In all their previous meetings Bautista Agut has failed to find the answers and when he lost his opening service game of set two, Roger was in complete control. However, things quickly took a turn as the Spaniard hit back, breaking to love and winning four games in a row, including an unanswered 10 point streak from 1-1, 30-40 down on his own serve to take a commanding 4-1 lead. From there Roger couldn't find a way back and was broken for the third time in the set as Bautista Agut took it 6-2.

With Bautista Agut's forehand firing on all cylinders, Roger needed to knuckle down in the third. He started nicely, holding a break point in the opening game but Bautista Agut saved it and then fashioned a chance of his own.

However, Roger was able to dig his heels in, saving it after a long rally and from there he began to wrestle back control of the match. And despite failing to convert a break point in game three he made the all-important breakthrough in game nine, potentially aided by Mourier opting to replay a point at deuce after a late line call that didn't seem to affect Roger's netted forehand. Bautista Agut went onto save the breakpoint that followed and held two game points before Roger finally made the breakthrough so he can't feel too aggrieved. The Swiss then served it out to love with aplomb. 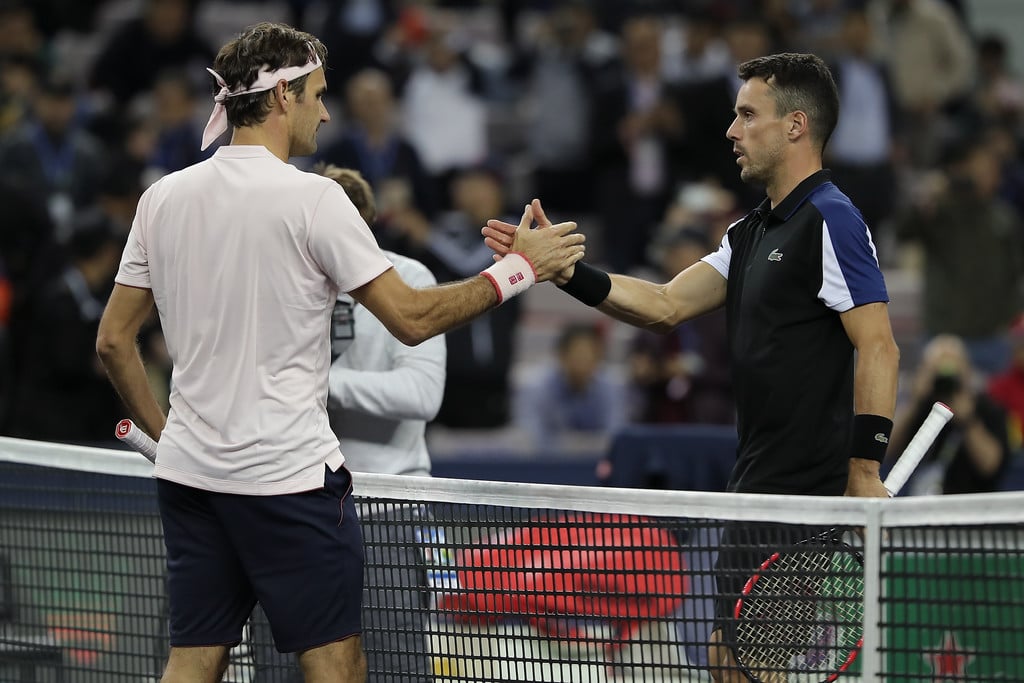 He got everything back and was hitting a clean ball. He caught fire and it was up to me to stay with him in that third set. Taking chances, big cuts at the ball was what made the difference today.

Another hard fought victory for the Fedmeister in Shanghai and that's back to back three setters that could have gone either way. In this one Roger started peRFectly, timing it nicely from the baseline from the off to win the opener hassle free. But from there on the struggle became real as Bautista Agut started to find a nice rhythm from the back of the court and made a ton of balls.

Like I said in my preview, the Spaniard is a real roadrunner and Roger couldn't really find a way through him in the second and early part of the third sets. A few less than perfect approaches and first volleys resulted in Bautista Agut having time on the ball to rip some decent passing shots. As a result, Roger only won 6 of 16 at the net in set two and even though he served at 79% he only 47% of points behind his first serve, plus didn't win a single second serve point ?. A worrying drop off to be honest (too casual? Temperature dropping making winners harder to come by?) but the fact he turned it around in the third set by sticking to his guns is all that matters.

Also, Bautista Agut hitting more Aces than Federer, when does that ever happen? 😆

Next up is Kei Nishikori who defeated Sam Querrey in two tight sets. I saw the end of the first tiebreak and Querrey was the first to hold a set point on his own serve but couldn't get it done. Kei took advantage and then broke serve when Querrey served to stay in the second set.

The Japanese has been in reasonable form of late making the semifinals at the US Open and the final of Tokyo last week but he's always capable of throwing a bit of a howler when he has a crap serving day so  I expect that to be one of the determining factors tomorrow.

If he serves well then it's going to be another battle as he returns great and takes it super early on both sides to cause all comers problems.  If he serves poorly then he's having to play catch up against the best front-runner in the business. As for Fed, he has to recover well after two fairly tough matches and keep Nishikori at arm's length by being the aggressor and get after Kei's second serve to keep the shackles on him.

The other notable thing is that it's the second night match at 8 pm local time, we've seen this week when the temperature drops on an evening it gets harder for Roger to hit through his opponent so that's helpful for Kei which is why I think it's 50/50 tomorrow.