An eleventh semi-final in Dubai awaits for Roger Federer as he defeated Marton Fucsovics 7-6(6), 6-4 to keep his hopes of career title one hundred alive at the Aviation Club.

The Swiss has been tested each time he's stopped on the court this week and today was no different, the seven-time champion had to save two set points in the first set tie break before coming through an entertaining but tense second set to remain unbeaten in Dubai Quarter Finals. 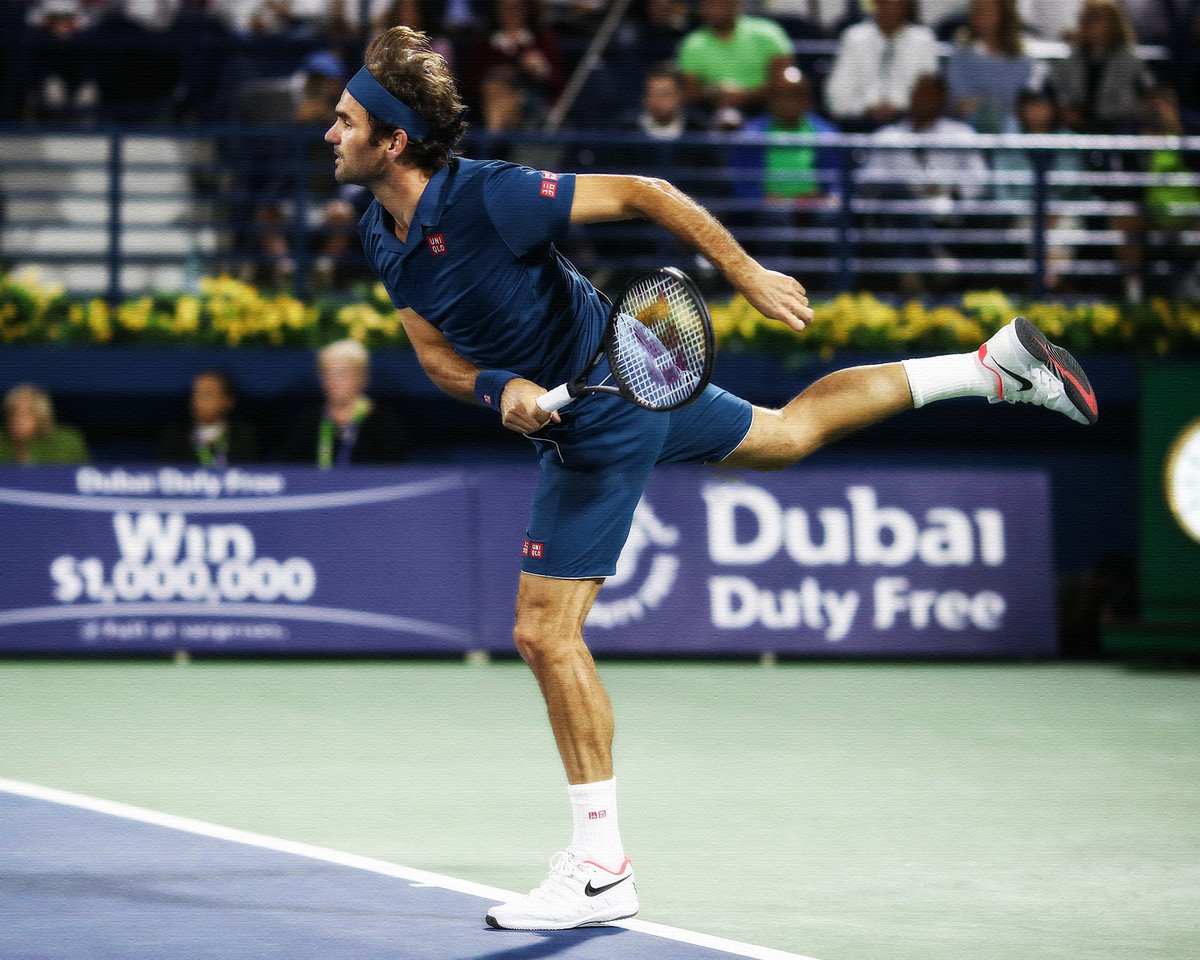 Fucsovics won the toss and elected to receive, fashioning a breakpoint before Roger recovered to hold for 1-0.

A hold to fifteen saw the Hungarian level and that trend continued throughout the first set with both men holding comfortably and no further breakpoints created for either player.

In fact, the only danger came after the brief rain delay at 5-5 when Roger slipped to 0-30, however he held and we were soon into a tie break.

Into the breaker and it was Roger who got the early mini-break for 2-0 but a backhand wide helped Fucsovics level for 2-2. The Hungarian then got himself in front with a mini-break of his own for 5-3 and held a set point at 6-4 on his own serve but couldn't convert.

Roger then held his next two service points to lead 7-6. A broken string on his missed first serve seemed to disrupt Fucsovic's rhythm and he dumped a forehand into the net to drop the set 8-6.

Roger has managed to win the first set in his previous two matches this week but had yet to avoid a second set walkabout. That looked like it was about to change when he broke in the opening game and by holding for 2-0 he had won 12 of the last 15 points.

However, he failed to keep the advantage, not finding enough first serves in game four as he was broken back to fifteen. That gave Fuscovics a much-needed boost and he began to take control from the baseline holding for 3-2.

In game seven Roger was handed a code violation for shouting FUCK at 30-15 as Fuscovics held for 4-3. The Nyíregyháza native then fashioned a breakpoint for 5-3 but couldn't convert despite having two bites at the cherry when the point had to be replayed after Federer's backhand was called out then correctly overruled.

Into game nine and both players looked quite tight but it was Roger who capitalised to create a breakpoint at 30-40. It should have gone his way after he got on top in the rally but he was convinced Fuscovic's ball was going long, realised at the last minute it was in and ended up playing a half-hearted shot.

Fucsovics then held two game points, only to get pegged back to deuce on both of them. The Swiss then had two more break points but they too went begging.

Another brief rain delay halted play for a few minutes and on resumption, Roger had his fourth break of the game and finally converted it when Fucsovcics went wide with a forehand.

Serving it out was never going to be easy and at 0-30, Fucsovics was in with a chance but Roger reeled off three points in a row and converted his second match point to take it 6-4. 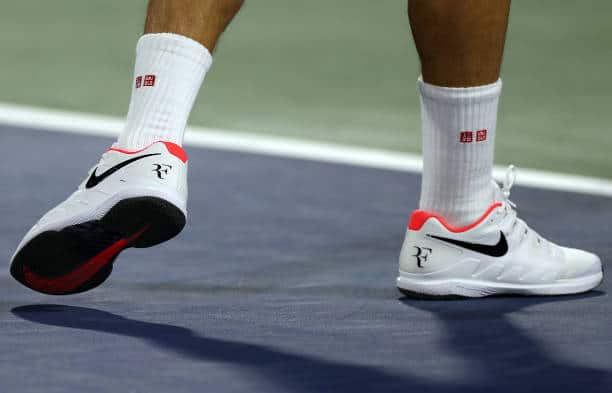 Another test for the Fed meister here and he was outplayed for a lot of match, never being able to dictate play from the baseline which made for another tense evening. Fortunately, his serve, guile and a little bit of luck got him through.

To me, he's still playing tentatively out there like he has something to lose so we're not seeing him at his free-flowing best. Maybe it's the monkey on his back of title number 100 or perhaps just an age thing but he doesn't look as  relaxed as we're used to.

Having so many options is both a blessing and a curse and we're often seeing conservative play or overthinking points which means he's not bossing rallies and his opponents are getting on top. Fucsovics managed it and had the upper hand from the baseline for the most part.

All Roger's best tennis tonight came when it was pedal to the metal and moving forward at all costs, especially now he's not got the foot speed of yesteryear. That's only happening in fits and starts of late so we're seeing matches go very close and winning by hook or by crook rather than style.

The opponents are playing a part too of course as they're playing well. The margins are likely getting narrower at 37 so guys that would have been beaten handily in the past now have more of a punchers chance so I think Fed still deserves a lot of credit for coming through these types of matches.

In doing so he's giving himself more chances to find his best form and get some momentum. Will the semi-finals be more of what we've seen already or can he turn on the style? Who knows but at least we get to find out. 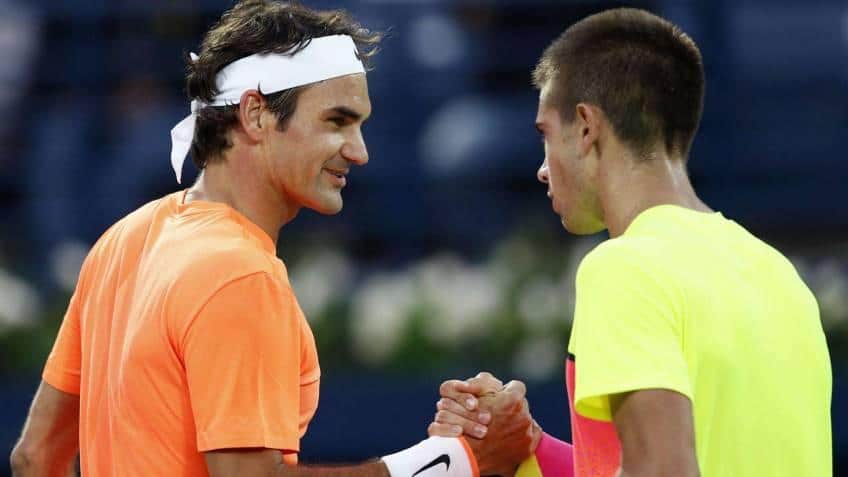 Next up is Borna Coric who defeated Nikoloz Basilashvili in three sets. The Croat has moved through the rankings in the last 12 months moving from the top fifty into the top 15 with some impressive results. None more so than his run to the final in Shanghai last October where he beat Roger in the semifinals in straight sets.

I guess you'd describe him as a lesser version of Djokovic in how he plays but he's improving all the time and will surely fancy his chances given he's beaten Roger twice last season and ran him very close in Indian Wells.

The first match between the pair was actually in Dubai where Roger schooled him but that was in 2015 on a quicker surface and a more confident Federer so replicating that seems unlikely.

Do we get another testing match that could go either way? Probably. One advantage for Roger is that it's just gone 1 am in Dubai and the match has only just finished so he should be the fresher of the two.

What are your predictions for the semi-final? Let me know in the comments.