Roger Federer hopes of advancing to the Semi-Finals at the Nitto ATP World Tour Finals are still alive after the Swiss defeated Dominic Thiem 6-2 6-3 in 1 hour and 6 minutes.

The six-time year-end champion was staring down the barrel of a gun after a horrendous performance against Kei Nishikori on Sunday but he responded well, mixing it up from the baseline to break the Austrian four times and losing just six points behind his serve. 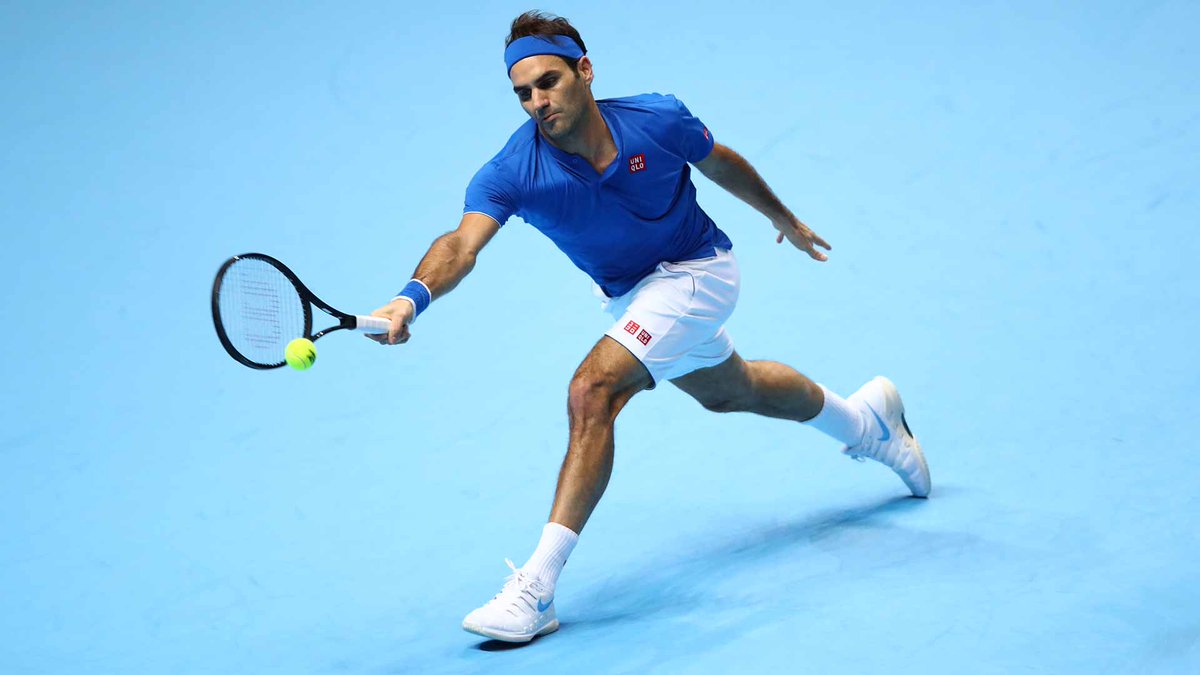 Federer won the toss and elected to receive. A nervy-looking Thiem lost the opening two points but managed to save a break point to hold for 1-0.

Roger then levelled to thirty and got the early breakthrough in game three when Thiem fired a routine forehand long.

The Swiss consolidated for 3-1 and in game seven got the double break helped by a botched volley and a double fault from Thiem before a clever short return put him 5-2 in front. There were no problems serving it out and he did so to 15.

Into set two and with Thiem looking ropey he gifted Roger the break with a double fault and a forehand error.

Roger consolidated to love for 2-0 and soon found himself up 3-1. A chance for the double break presented itself in game five and although Thiem held, he made zero inroads on the return as Roger reeled off his next three service games to take it 6-3. 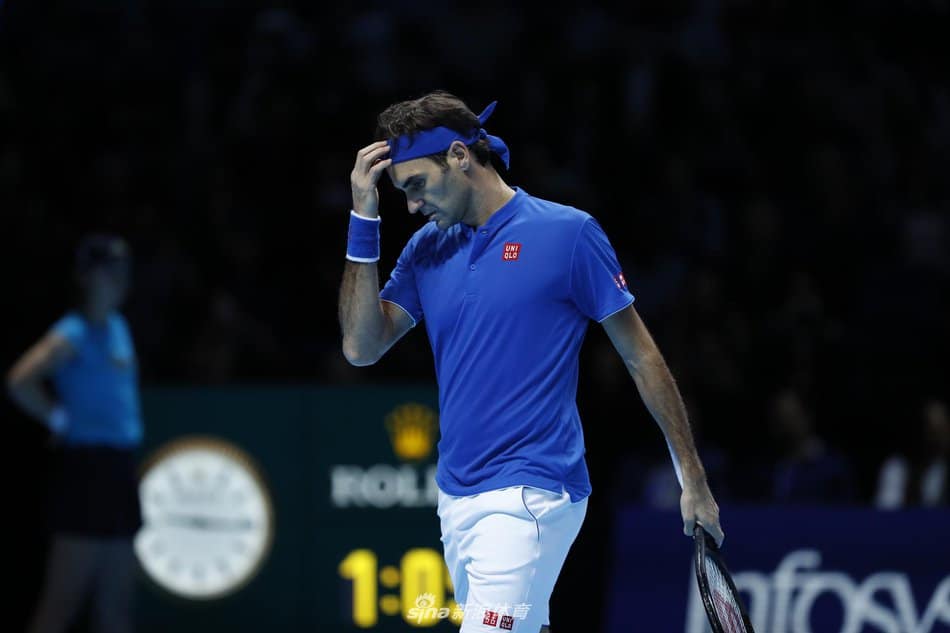 It feels good, I'm very happy. I showed a reaction after the last match against Kei. It was a great challenge for me, I'm happy with how I played.

A better performance here from Roger and he was able to raise his level compared to Sunday to give himself a shot of making the semi-finals.

It's still difficult to judge how well he's playing as he was obviously, helped by Thiem's woeful display that featured 34 errors and just 6 return points won.

However, he served better and seemed to be more au fait with the court, taking the ball early and hitting a flatter ball off the forehand as well as mixing up the pace/spin nicely on the backhand.

As for Thiem, he looked like he had no real clue where the ball was going once it left Fed's strings and he never had any timing or rhythm from the baseline.

Roger's slice threw him off a number of times and all he really seems to do is try to hit harder. Some of his volleys were hacky too, it looks like he doesn't change grip half the time and ends up snatching at the ball.  I like his shotmaking but he needs to find more consistent and reliable ways to win points to do well off clay.

Anyway enough Thiem bashing as he's not the only one to play wishy-washy tennis in the O2. Fed managed it Sunday and Nishikori matched that today against Anderson winning just one game.

I'm not sure if it's the conditions, the court or just the end of season lull but the World Tour Finals has produced some shocking matches in recent times. Speaking of the court, here's the CPI data for this year for those interested: 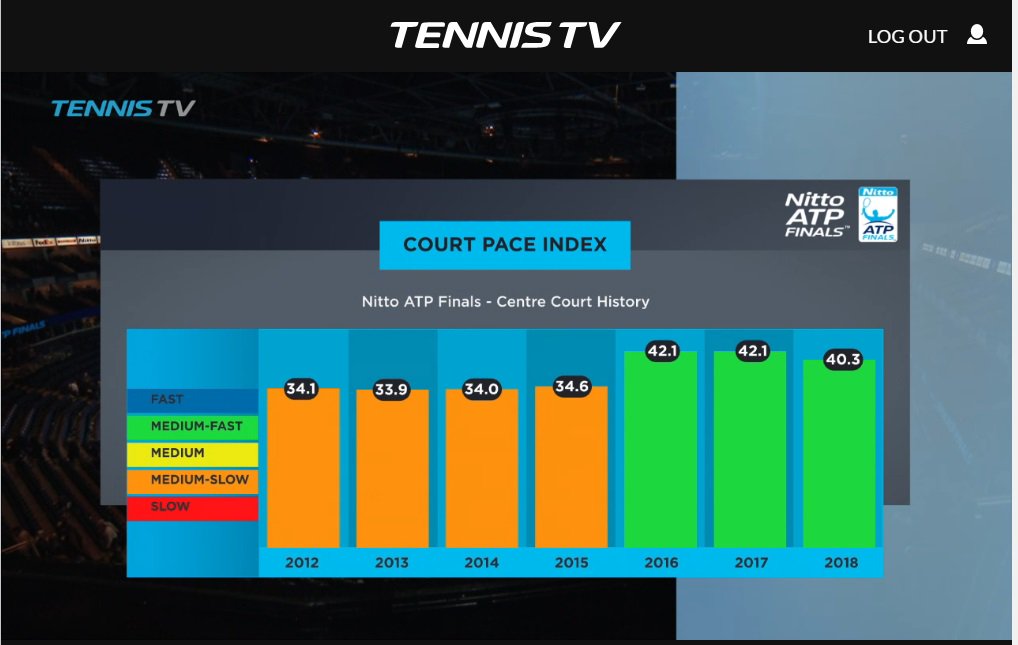 Next up is the in-form Kevin Anderson who's made mincemeat of Thiem and Nishikori in his two previous Round Robin matches. The big-serving South African is coming in off a stellar year on tour and he looks to be enjoying conditions and moving very well.

Roger leads the H2H 4-1 but Anderson won their last match at Wimbledon and he's improved immeasurably since the last of Roger's win against him.

In those four previous meetings he was all at sea on the big points but now he's tightened up his game and seems to have a routine/mindset to keep calm, go point for point and it's worked.

Not sure what to expect but I think Anderson is the favourite going in and it's more just a case of seeing what Fed can bring to the table. It looks like he's going to be sticking to the winning formula of no practice tomorrow so we'll see if that works again 😀

I will do the same again tomorrow because it works. It wasn't my forehand or backhand or serve or anything, it was about my head. After a long trip home after the Nishikori match, we came to the decision to take it easy. 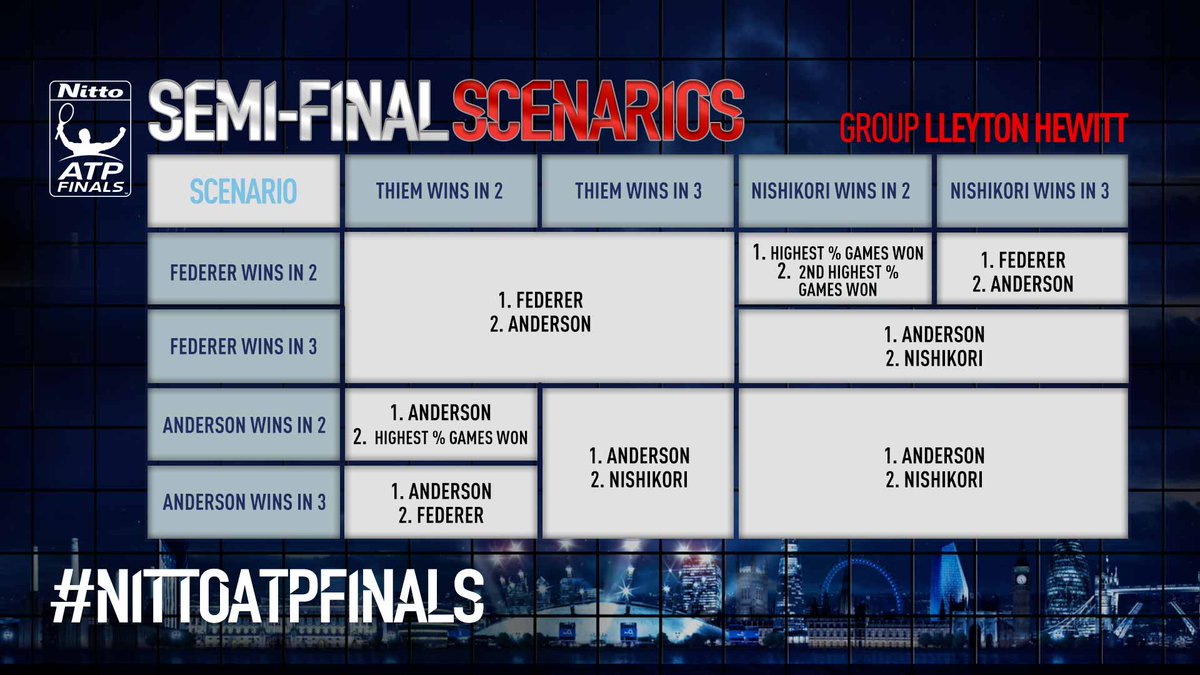