A winning start in Bercy for Roger Federer as he defeated Fabio Fognini 6-4, 6-3 to move into the Quarter Finals. This Swiss had the fortune of an extra day off after his 2nd round opponent withdrew, and he kept his court time today to a minimum, making progress in one hour and thirteen minutes.

The former champion has made the last eight at the Paris Masters 1000 event in five of his past six appearances now, although he's only lifted the title once before in 2011, so Title #100 is still a good way off and the draw gets much tougher from here. 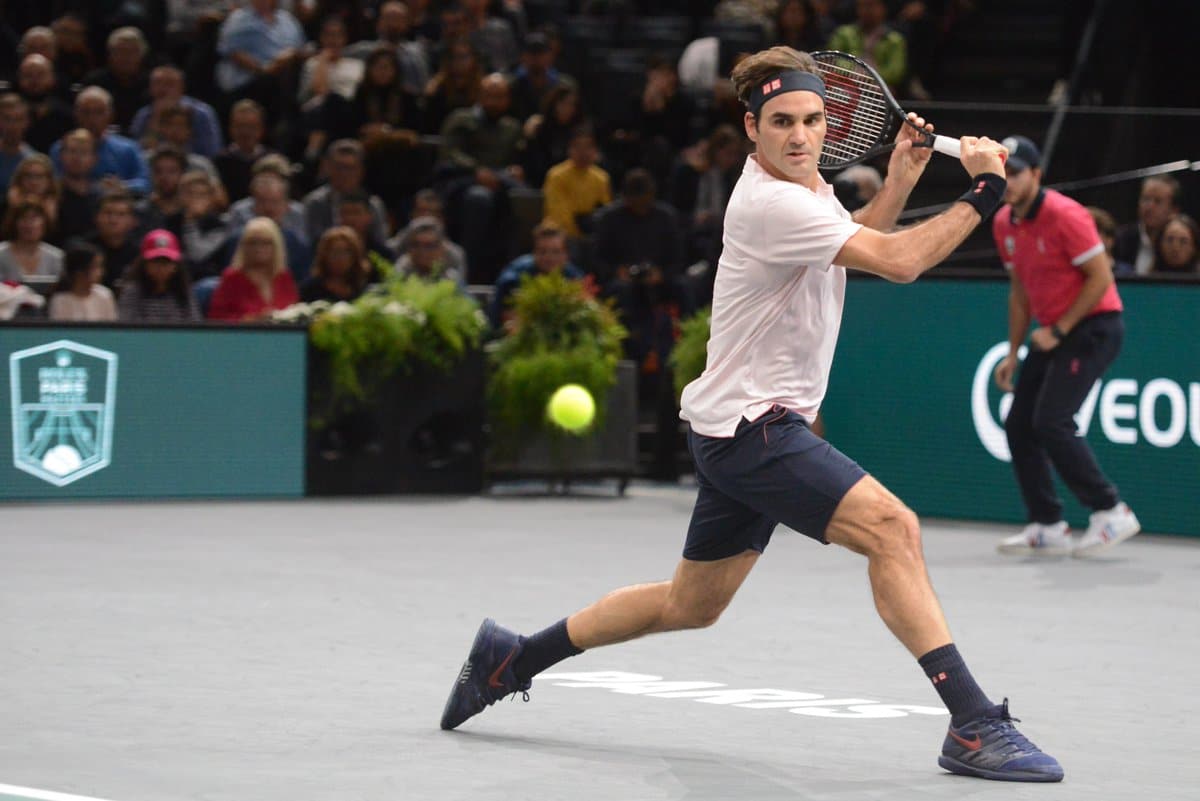 The Swiss was out the blocks in quick fashion, taking it early and a sloppy service game from Fognini gave him the early break. That was quickly consolidated for 3-1.

With Fabio looking disinterested another sloppy game with two double faults gave Roger the double break for 4-1. Roger then had a point for 5-1 but failed to challenge a serve that would have been overruled and he ended up being broken. Fognini then held for 3-4 and was in with a glimmer to get back level but Fed held for 5-3.

A quick hold kept Fognini within touching distance and when Roger fired down two double faults for 0-30 in game nine the Sanremo native was able to fashion two break points. Roger erased them, playing a slick point for deuce and winning the next two to take the set 6-3.

Into set two and Fognini held to thirty for 1-0. Three aces in a row saw Roger level and he then held a breakpoint on the Italian’s serve but could not convert. A love hold put the pressure straight back on Fognini and he faltered to drop serve.

A comfortable hold consolidated the break for 4-2 and it was just two more service holds required to win a set without dropping serve 😆 . That looked unlikely when some wild errors gave Fognini two break points, but Roger dug in to hold for 5-3 then powered over the line in game nine, firing a sick backhand return and breaking to love to seal the deal thanks to a Fognini double fault. 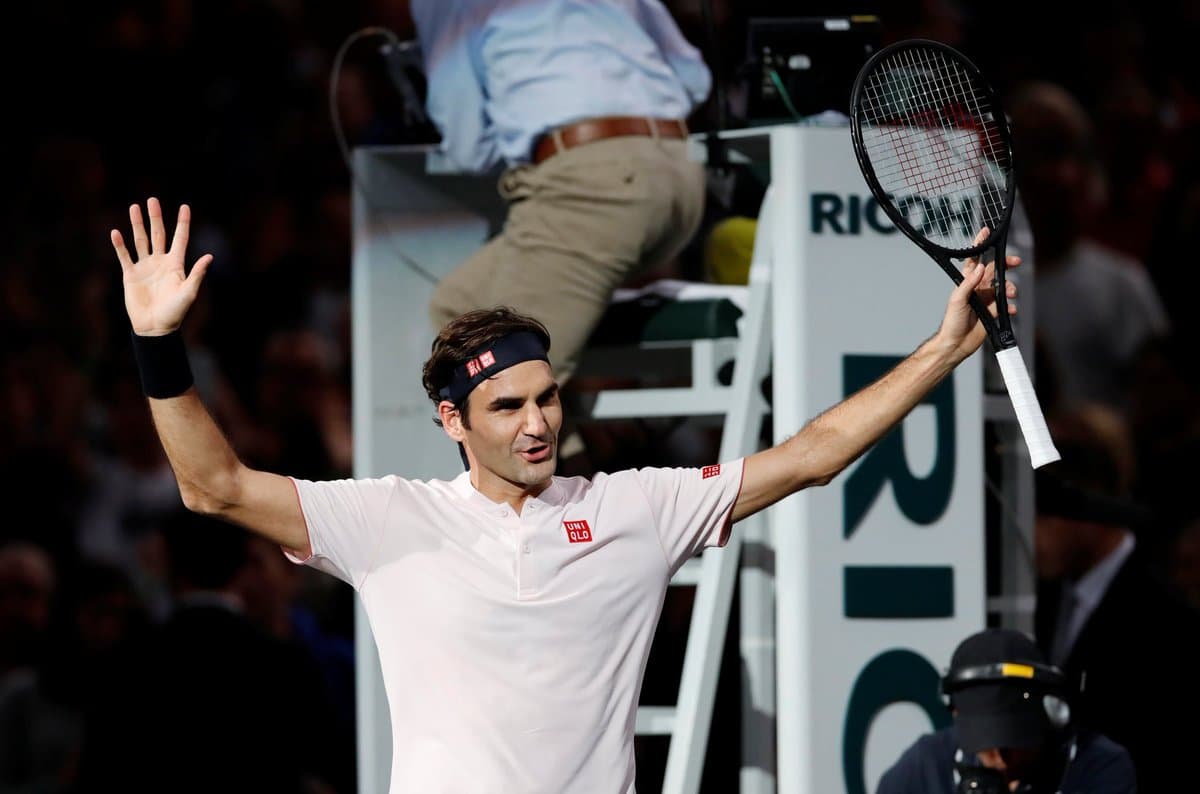 A decent enough start here from Federer and he played some good first strike tennis from the baseline, taking it super early and not giving Fognini much time in the opening few games.

The problem, however, was his serve which has gone from being the Rolls Royce of tennis to the Lada. It was down at 36% in set one and had Fognini not already been on holiday mentally and ready for a rumoured ankle surgery then he could well have taken advantage of some very loose service games.

He very nearly did after averting a 5-1 deficit and holding two points to level at 5-5. But Fabio is Fabio and even at his best he needs rhythm to play with consistency and Roger didn’t really give him any. Either pushing forward to force errors or making his own from the backhand wing which committed 13 unforced errors in the match which isn’t great.

Perhaps the conditions are fast hence that number but I’m not really sure as the camera angle in Bercy makes it impossible to gauge the pace or trajectory of the ball.

Anyway, as we saw in Basel, a win is a win and he’s into the Quarter Finals without any real fuss. I guess the other plus is winning a set without losing serve, it’s all about baby steps right now so the next task is to try and win an entire match without losing serve ? can he do it? Time will tell.

Next up is Kei Nishikori who exacted his revenge from Vienna over Kevin Anderson with a straight sets win.

I wasn't able to see the match but it looks as though Kei had a solid returning day and was able to neutralise Anderson's serve to get a break in each set.

Roger has a comfortable lead in the H2H and played a very good match against Kei last month in Shanghai in what was a high-quality encounter where both guys played some top-drawer tennis.

I'm assuming the court was quicker in Asia which obviously helps Roger so perhaps here it's more of a leveller and the Japanese will be able to win more points on the return. Feds gameplan will naturally be to try to jump all over Nishikori's second serve and make sure he's the first to get offensive. Should be another fun match and I rate it 55/45 in favour of Federer.