Roger Federer marked his return to Roland Garros after a three-year hiatus with a 6-2, 6-4, 6-4 win over Italy's Lorenzo Sonego.

Playing on the all-new Court Phillipe Chatrier for the first time, the Swiss dominated behind his own serve, broke his opponent five times and hit 36 winners to record victory in 1 hour and 41 minutes.

The 2009 champion will next face lucky loser Oscar Otte in the second round after the German defeated Malek Jaziri in four sets. 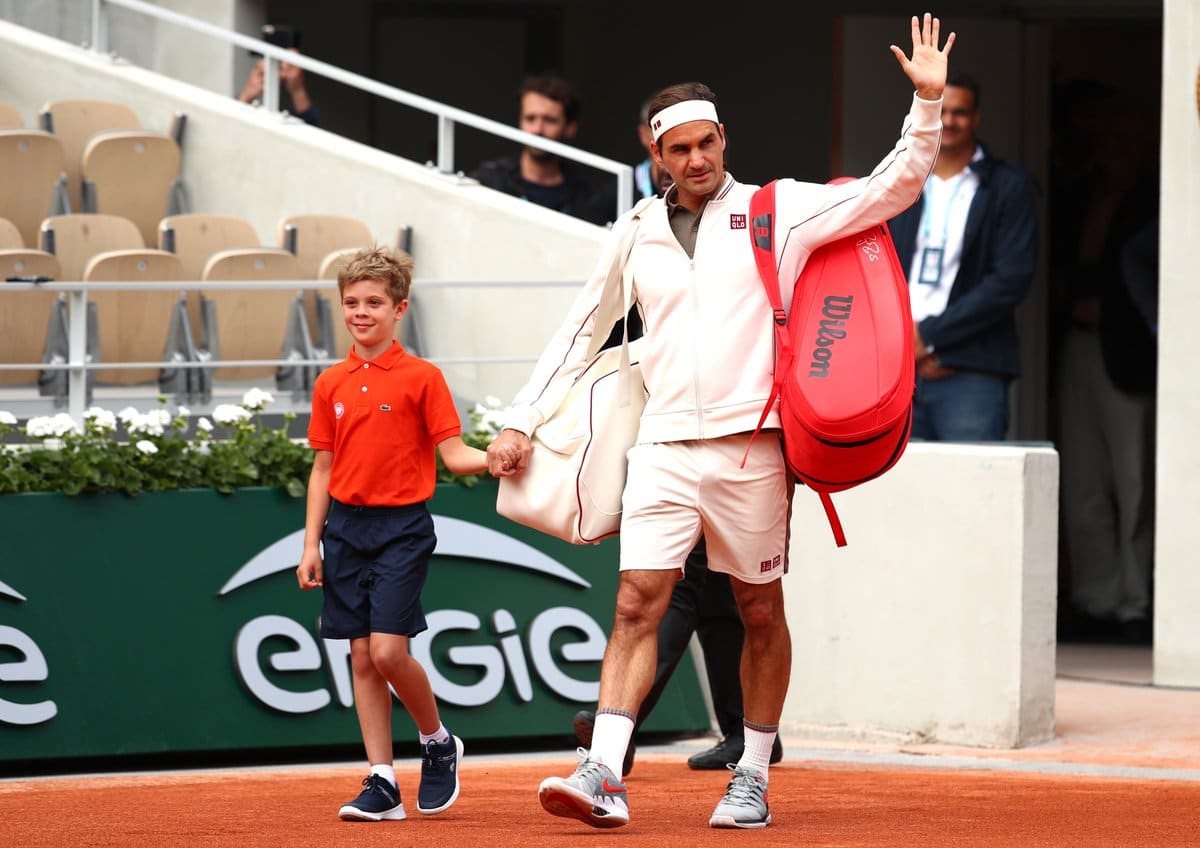 Federer won the toss and elected to receive. At 30-30 Sonego played an ill-advised drop shot and Roger converted his break point for 1-0.

Two aces helped Roger consolidate for 2-0 and he soon found himself running away with the first set, securing the double break.

Sonego finally got on the board in game five but Roger was cruising on serve, holding to 30 for 5-1 and then serving out the set to love to take it 6-2, firing 8 winners including 3 aces as he landed 15 of 18 first serves to get off the peRFect start.

Into set two and Sonego looked to have settled when he held game point at 40-30 but he couldn't find any breathing room, losing three straight points to drop serve.

Roger's domination on serve continued as he held for 2-0 and the Italian's spirit looked to be waining as he dropped serve to love to fall behind a double break.

Roger then held for 4-0 but Sonego came out firing in the next game, winning three straight games after Roger got a little bit casual on some of his groundstrokes.

A hold to love quickly stopped the rot as Roger held for 5-3 and he soon had set two in the bag, again holding to love to take it 6-4.

With the Swiss well on the way into the second round, he was looking to replicate breaking in the first game as he'd done in the first two sets. That looked likely at 30-40 but Sonego dug in to hold for 1-0.

Roger's serve was looking impenetrable and after two comfortable holds he again had break points in game five but a missed forehand allowed Sonego to prolong his stay and hold for 3-2.

Back to back love holds saw Roger level at 4-4 and although Sonego was going big from the back of the court, both in terms of groundstrokes and grunting, he couldn't find anything in the return games.

That meant he was soon having to serve again and in game nine the pressure told as he blazed a couple of groundstrokes long. That helped Roger fashion two break points and he converted the second to lead 5-4 before serving it out in routine fashion to move into Round 2. 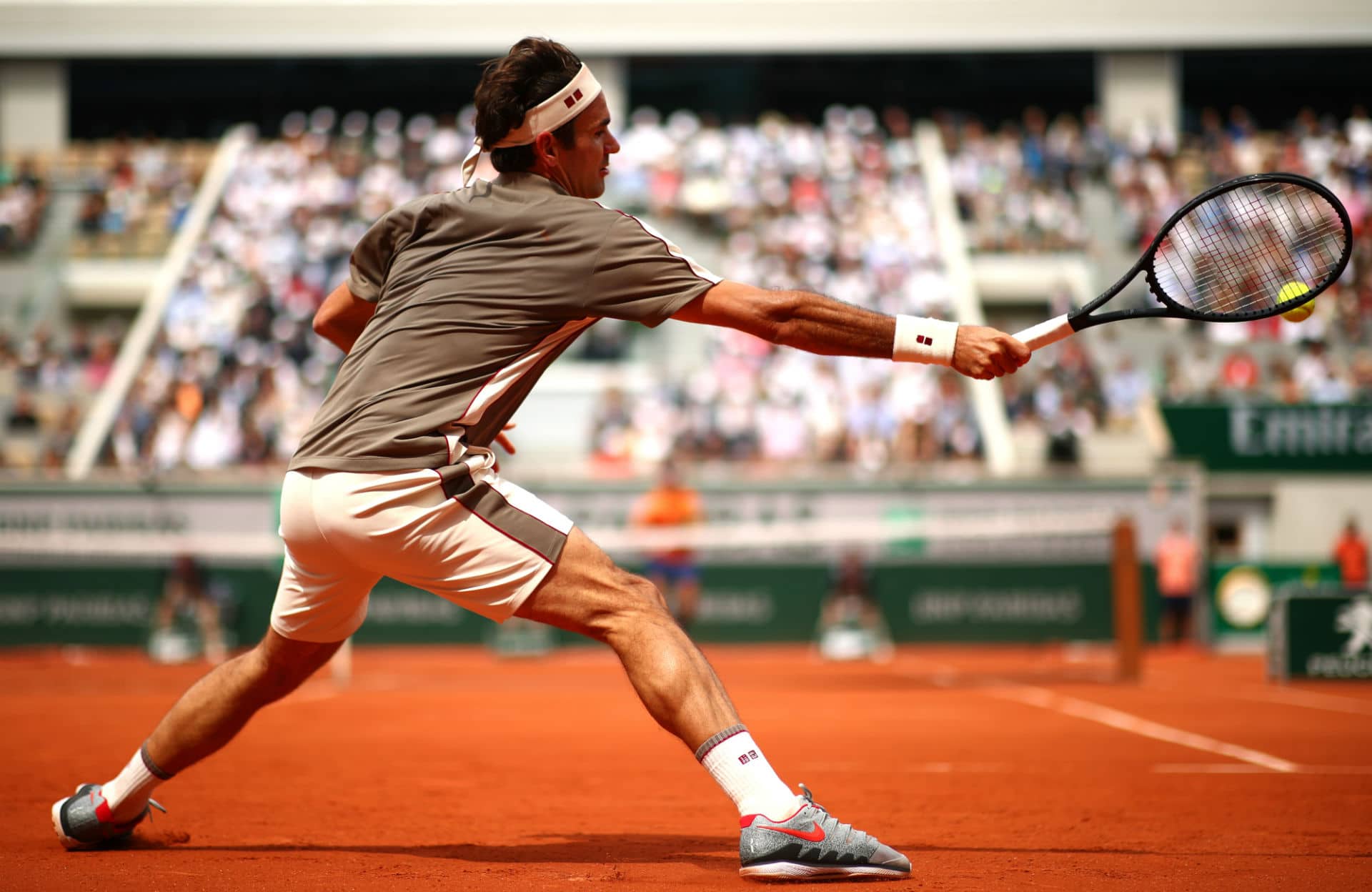 I felt great playing on this court. It looks great and attractive, so congratulations to everyone involved. Hopefully, I can play here again for my next match. Two breaks in the first set was very important for me and when I was leading 4-0 I could take more risks, be more aggressive. I know that I can play very well on clay and I am very happy to win in straight sets. Federer on his win over Sonego

Super solid start from Roger here and he played efficiently throughout by playing up on the baseline and keeping the points short.  His serve was particularly impressive and once he gets the chance to play on the front foot he's always going to be difficult to catch.

Sonego showed glimpses of what he can do with some powerful hitting and consistency when the rallies were extended, but he committed the cardinal sin of going down an early break and was never able to recover.

Other than that, not much to learn other than it being an impressive opener against a guy he's never played before. Roger can still compete on clay for sure and we'll see how he handles his next match. Definitely not easy to put the ball away on this surface for him but if he can work the angles and not get pushed back then he'll give all comers a game.

The conditions were quite heavy today too which favoured Sonego but he didn't really manage to get Roger off the baseline for any period of time which is a good sign.

Next up is Oscar Otte who defeated Malek Jaziri to win his first ever main draw match at a Grand Slam. The German got in as lucky loser and after dropping the third set bageled his opponent to come through in four.

I know very little about him and he's barely played any tour-level matches in his career, with only one win on the ATP Tour last year in Sweden and only playing in a Grand Slam for the second time.

His sole Challenger title came on clay in Lisbon two years ago so it's probably his best surface but I can't see him causing Roger any problems. Sonego is far more accomplished player and from a couple of clips I've just watched Otte plays a very standard brand of tennis that Roger has seen hundreds of times over in his career.

What did you guys think of the match? Did you like the outfit? Predictions vs Otte? Let me know in the comments.