Roger Federer is through to the semi-finals at SW19 after seeing off Kei Nishikori 4-6, 6-1, 6-4, 6-4 to record his one hundredth match win at Wimbledon.

The Swiss will be making his 13th last four appearance at the All England Club but he didn't have it all his own way, recovering from a set down after the 8th seeded Nishikori came out firing on the return to capture the first set in style. However the 20 time Grand Slam champion switched tactics in the second and began to dictate with his serve to come through in 2 hours and 36 minutes.

Roger will next face longtime rival Rafael Nadal who defeated Sam Querrey in straight sets over on Court One. 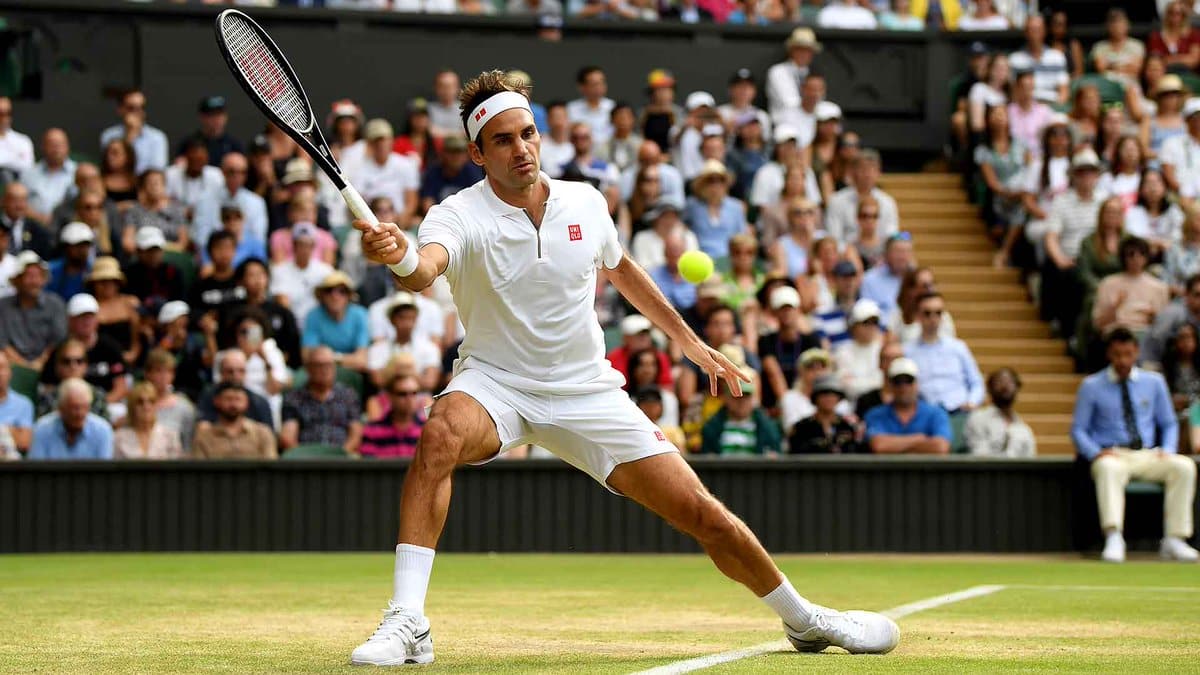 Federer won the toss and elected to serve. Nishikori then produced a couple of rip-roaring second serve returns to give himself two break points and he converted for a 1-0 lead.

A hold to thirty put the Japanese up 2-0 and in game three he was quickly up 0-40 but Roger recovered to hold for 1-2.

Another break point came in game five for Nishikori as he treated Federer's second serve with disdain however Federer held and then finally had a break chance of his own but couldn't convert.

That was his one chance of the set and Nishikori held firm to take it 6-4. The key being second serve points won with Roger at just 36% which meant he was under constant pressure.

Into set two and Roger kicked off with a hold for 1-0. A sweet return got him the first point on Kei's service game and the Swiss upped the aggression, setting up three break points and converting it with a clean inside in forehand winner for 2-0.

A love hold consolidated the break for 3-0 and Roger had inroads again at 15-30 in game four but Nishikori recovered to hold for 1-3.

Federer then fired down a love hold for 4-1 and reeled off another four points in a row to secure the double break for 5-1. A hold to thirty then levelled it at 1 set apiece.

The third set started with a lengthy game where Kei recovered from 0-30, saved a break point and fought off multiple deuces to hold for 1-0.

Roger then held to level and the pair exchanged comfortable holds and the scoreboard ticked along to 3-3.

Some aggressive returns allowed Roger to create breakpoints in game seven but Kei saved them both and it looked like he'd escape after holding two game points but a slick backhand pass set up a third break chance and Roger converted for 4-3.

A love hold consolidated it for 5-3 and Roger was able to serve it out 6-4, saving a break point in the process to move up two sets to one.

Into set four and after an exchange of holds Federer shanked a backhand on break point in game three to allow Nishikori to hold.

After Federer levelled at 2-2, two more break points came his way in game five but a missed makeable volley cost him the second and Nishikori again held.

Roger levelled at 3-3 and both guys were taken to thirty in their next service games as the score moved to 4-4.

Into game nine and a double fault then a backhand unforced error gave Federer 15-30, two break points followed and although Nishikori saved the first Federer converted the second when a Kei forehand went long.

The Swiss then served it out in style to take it 6-4 and move into the semi-finals. Sweet. 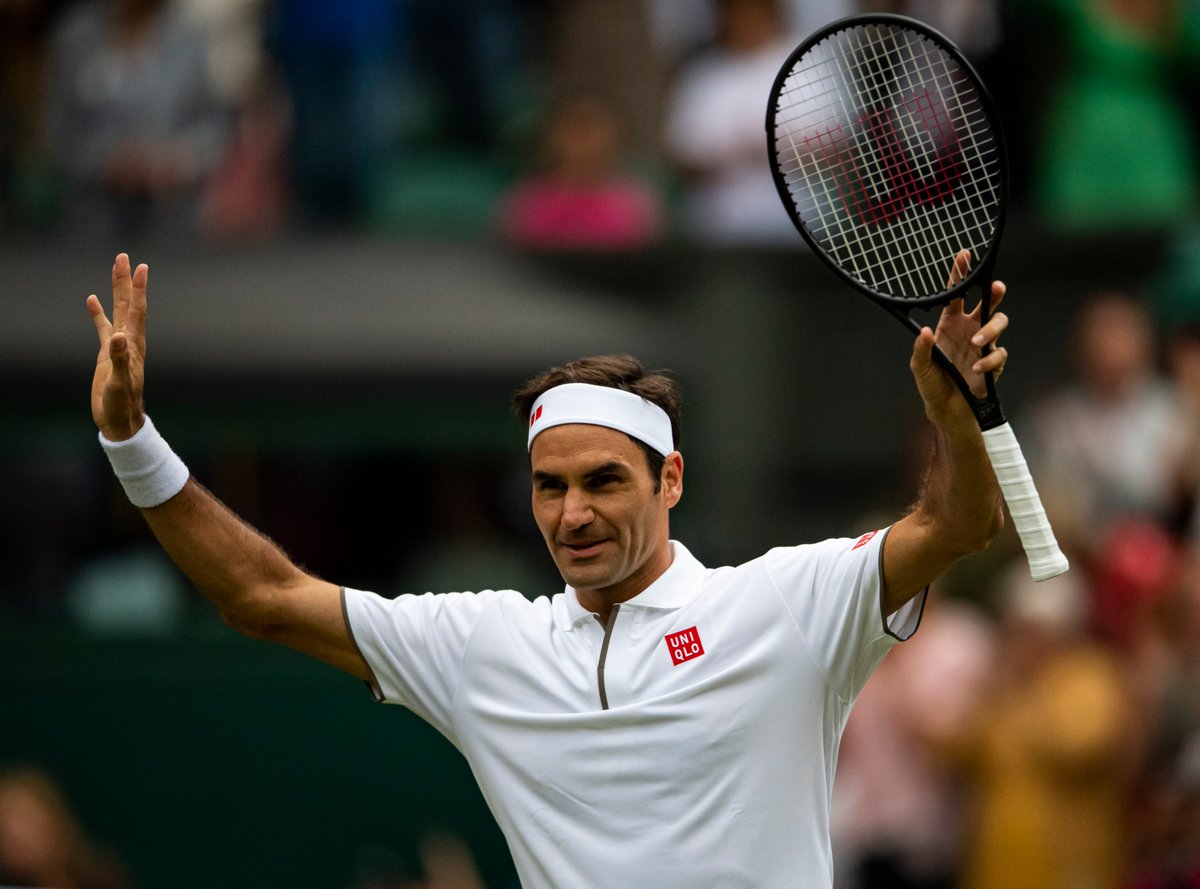 It was difficult in the beginning, it was brutal, Kei came out was smashing return winners, I had to make some adjustments and stay with him. I had some small chances but Kei was the better player. It was important to get the lead in the second set and protect it, start a normal match at one set all, I got some rhythm which helped me and I served great after being broken in the first set. Federer on his win over Nishikori

Super win for the Fedmeister here and he's managed to up his level round by round at this years tournament which is peRFect.

Kei came out firing on all cylinders in the first set and made mincemeat of Federer's second serve but after dropping the set it awoke the beast and the Swiss was able to take charge. He ramped up the aggression from the baseline, started to hit flatter which gave Nishikori less time on the ball and took control.

Roger's serve also improved as the match wore on (dropping just 8 first serve points after the first set) and the easy holds were crucial as they put the pressure straight back on Nishikori who was struggling to hold in virtually all his service games. That was the key as Kei managed to win 38% of return points in set one, but for the next three only averaged 21% which will have given him the feeling he was always serving.

To be fair the Japanese did battle hard throughout and fought off multiple break points in the fourth set whilst hoping for a Federer slip up on serve but it never came and Fed finally got the break before serving it out in style. Too good. Allez!

Next up is Nadal who dispatched Sam Querrey with ease after a close first set. The big-serving American needed that first set to stand any chance of coming through as he's not renowned as a fighting type player who can come from behind under pressure. He needs that bit of freedom to go for his shots and doesn't play with a lot of margin.

This one is a rematch of their French Open encounter last month and it's the first time they've met on grass since the 2008 Wimbledon final. The early betting shows Nadal as the favourite which is understandable as he's made serene progress through the draw for the loss of just one set in the second round against Kyrgios.

As always no secrets on the matchup and Federer will need to play high-quality first strike tennis to come through. A return of the neo backhand would also help matters 🙂

Either way, I expect it to be close. There'll be no wind to spoil the level like Paris so it should be an even contest. Federer is by far the better grass court player but Nadal is five years younger and seems to be enjoying the conditions this year so it's a 50/50 match for me.

What did you guys think of the win against Nishikori? Predictions against Nadal? Let me know in the comments.