Roger Federer is through to his fifth Miami final with a straightforward 6-2, 6-4 victory over 19-year-old Denis Shapovalov in 1 hour and 12 minutes.

In a first time meeting between the pair, the Swiss assumed full control early and put his opponent to the sword, leaving the Canadian chasing shadows for the majority of the first set.

Shapovalov managed to produce some better moments in the second but it wasn't enough to derail the three-time Miami champion who moved into his 50th at ATP Masters 1000 final and will bid for career title #101 on Sunday. 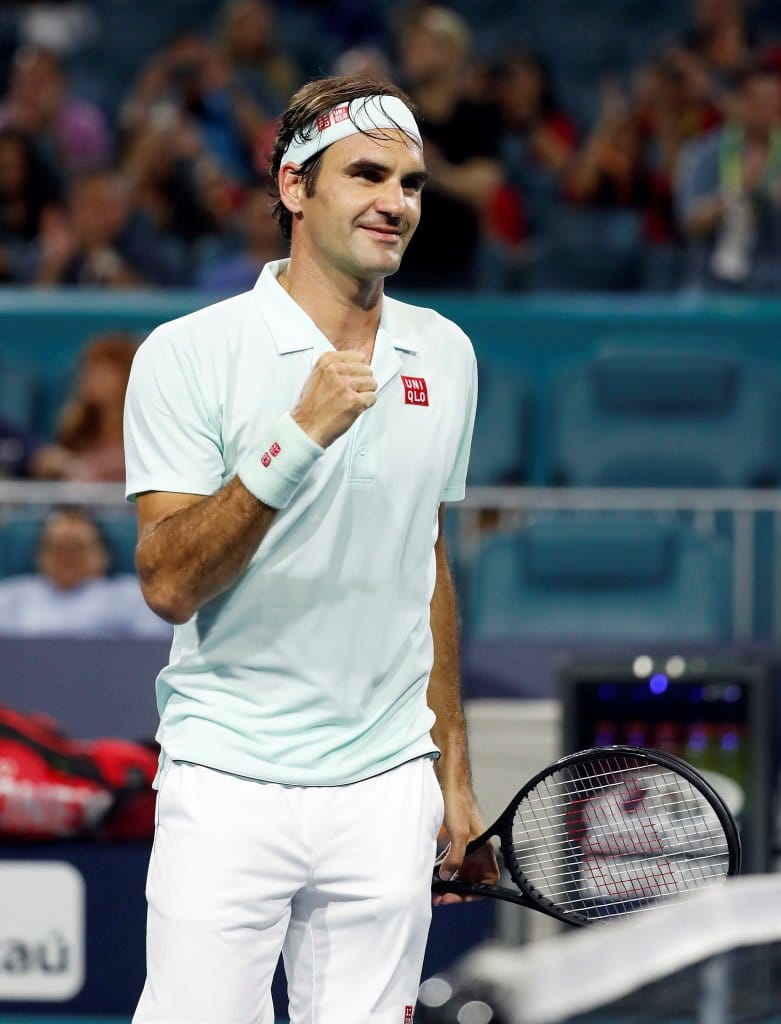 Shapovalov won the toss and elected to serve. Like Anderson, the Canadian was under immediate pressure but he saved a break point before sneaking out of a 10-minute multi-deuce game for 1-0.

Roger levelled in 1 minute and 27 seconds and promptly moved up a break after an edgy looking Shapovalov committed a string of unforced errors.

The break was consolidated to fifteen and an interesting graphic popped up on the screen that Roger was taking the ball 2.5 metres further inside the baseline on the return than Tiafoe in yesterday's Quarter Final.

With little breathing room on the serve, Shapovalov was in more trouble in game five as Roger crafted a stunning point for 15-30 and a double fault on break point handed him the double break.

A hold to fifteen put the Swiss up 5-1 and he soon held two sets points for a breadstick. To his credit, the Canadian loosened up to reel off four points in a row to hold.

That looseness in the arm continued into the next game and if it wasn't for a stunning volley pick up from Roger, Shapovalov would have held two break points. Instead, it was thirty all and Roger took the set 6-2.

The set saw 20 unforced errors from Shapovalov and like the Anderson match, although Roger's first serve was low at only 40% he was able to put far more pressure on the return.

Into set two and a more relaxed Shapovalov held to love for 1-0. The Candian then finally made some inroads on the return creating two break points which Roger saved to level at 1-1.

That missed chance seemed to quickly derail Shapovalov's game and a double fault saw him slip to 0-40 before hitting a wild forehand to drop serve.

A love hold consolidated the break for 3-1 and the score quickly progressed to 4-2. Denis had to then save break points to hold for 3-5 and 4-5 to force Roger to serve it out.

The Swiss fired down a timely ace at 15-15 and won the next two points to move into the final. 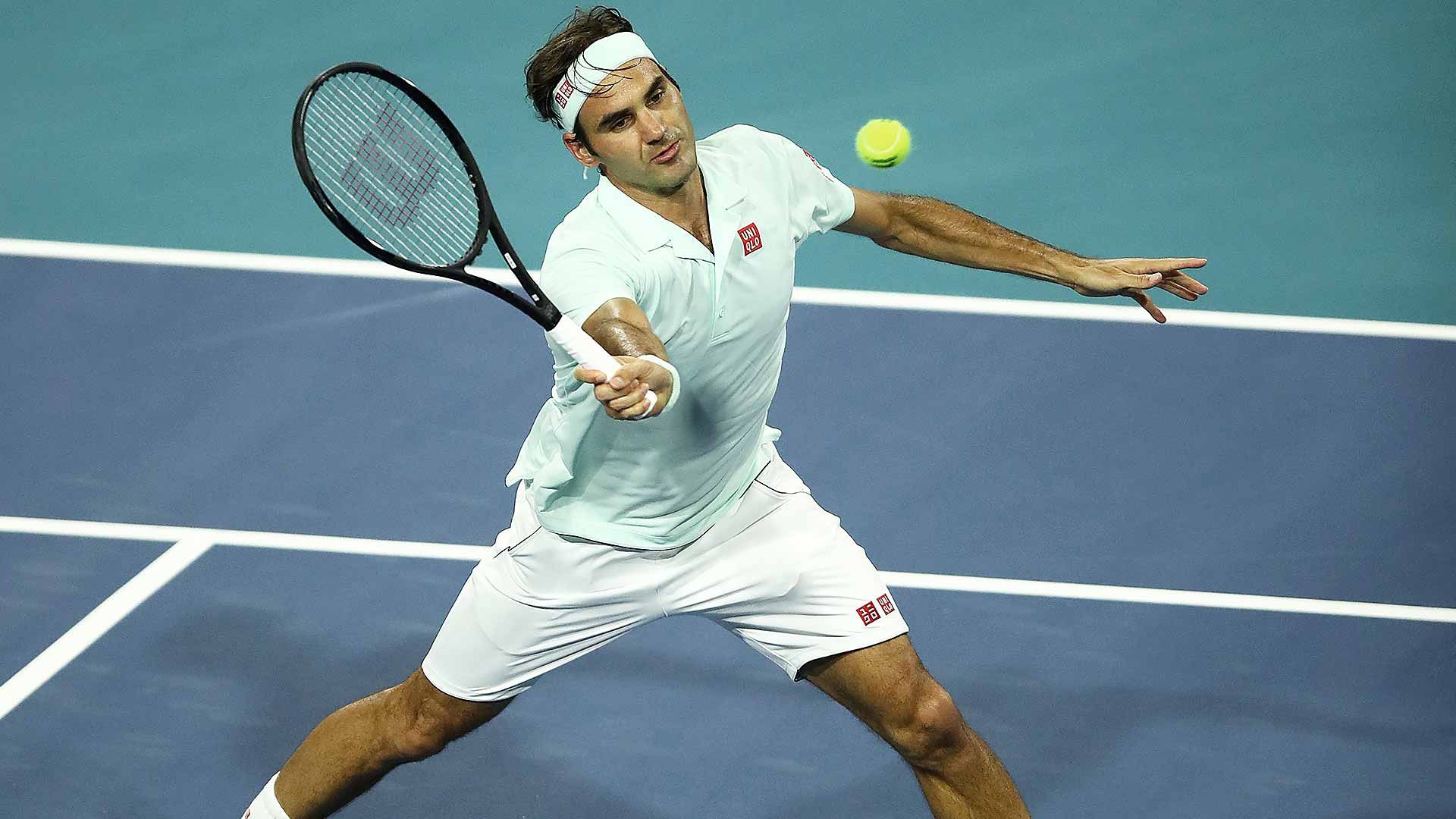 Yeah I think the first game definitely helped me get a bit of his read on his serve because I know he's got a nice swinger, a nice kicker. He's got a real elastic arm so I think it was a good first game for me.

I played really good today, it is not that simple to come and play well against a lefty straight away but it worked tonight and I needed it because Denis is a great player already and will be even better in the in future.

More quality from the racquet head of Roger Federer as he totally dominated the young Candian from start to finish.

Shapovalov started a bit like a rabbit in the headlights and Roger took full advantage by putting him under constant pressure from the word go. He looked rushed and even in the first game was sweating buckets as the nerves/pressure compounded and his legs weren't working too well and the arm looked tense.

As a result, Shapo never really found any rhythm. He's not exactly a well-rounded player yet either so his plays are usually to go for broke which doesn't work too well on this surface. That is why he hit 20 unforced errors in the first set, far too loose to trouble Roger who has been rock solid this week since struggling against Albot the fifth musketeer.

I thought the key to this match was how well he took time away from Shapovalov. Roger played so far up the court, 2.5 metres further up than Tiafoe in fact on the return, and gave Shapovalov absolutely no time to settle into the match.

I also liked how he pounced on anything short and just when Shapovalov thought he'd finally got into a rally he dropped a groundstroke short and Fed moved seamlessly into the forecourt to fire forehand winners into the corners.

So another tennis lesson delivered from the Wilson Wand and who'd have predicted after Australia he'd make back to back Masters 1000's finals? 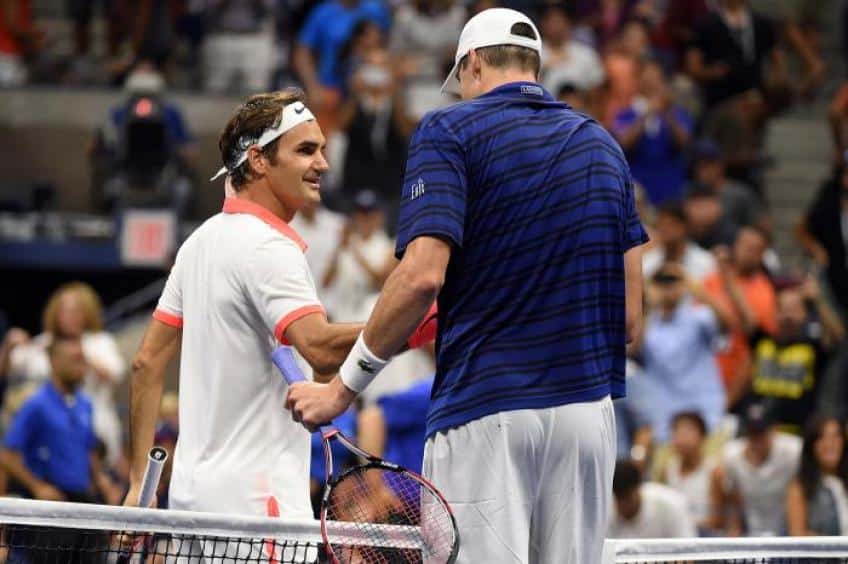 I know what to expect, that he won't miss many serves. He's got an amazing serve, one of the best in the game of all time.  It's really hard to play against him, I saved match point the last time I played against him last at the Laver Cup which was tough.

I'm a big fan of his. I actually really enjoy watching him play. I honestly love watching big servers to see if they're going to ace every second or third point. To me that's exciting, it's like a penalty shootout in soccer, it's intense. So for me on Sunday I'll be the goalie, try my best and try to get as many balls back as possible.

Next up is John Isner who saw off Felix Auger-Aliassime in two tie break sets. The Candian served for both sets but couldn't close either of them out and that helped Isner give himself a shot at defending his title.

Like Roger said in his interview, this match is like a penalty shootout and Isner can win matches without even coming close to breaking serve. 9 of the 10 sets he has played this week have resulted in tiebreaks and he seems to enjoy the conditions in Florida.

Roger leads the H2H 5-2,  and the two haven't played on tour since 2015 where Isner won at the Paris Masters. However, they did meet last year at the Laver Cup where Federer saved match points in a very close match.

So far this week Roger's done a great job at nullifying opponent's weapons including Anderson's serve so I think if he can use that block return and chip to draw Isner forward he's going to create some chances. From there he'll need to protect his own serve so a higher % will be needed than his last two matches.

What did you guys think of the win against Shapovalov? Predictions against Isner? Let me know in the comments.