Roger Federer is through to Round 2 at Wimbledon Championships, overcoming a rocky start to recover and see off Wimbledon debutant Lloyd Harris 3-6, 6-1, 6-2, 6-2.

It was only the second time since 2002 the Swiss has lost a set in his first-round match and Harris was able to compete hard in the opening exchanges before Federer seized control and won his 17 consecutive first round match at the All England Club.

Roger will next face British Wildcard Jay Clarke after he defeated qualifier Noah Rubin in four sets over on Court 8. 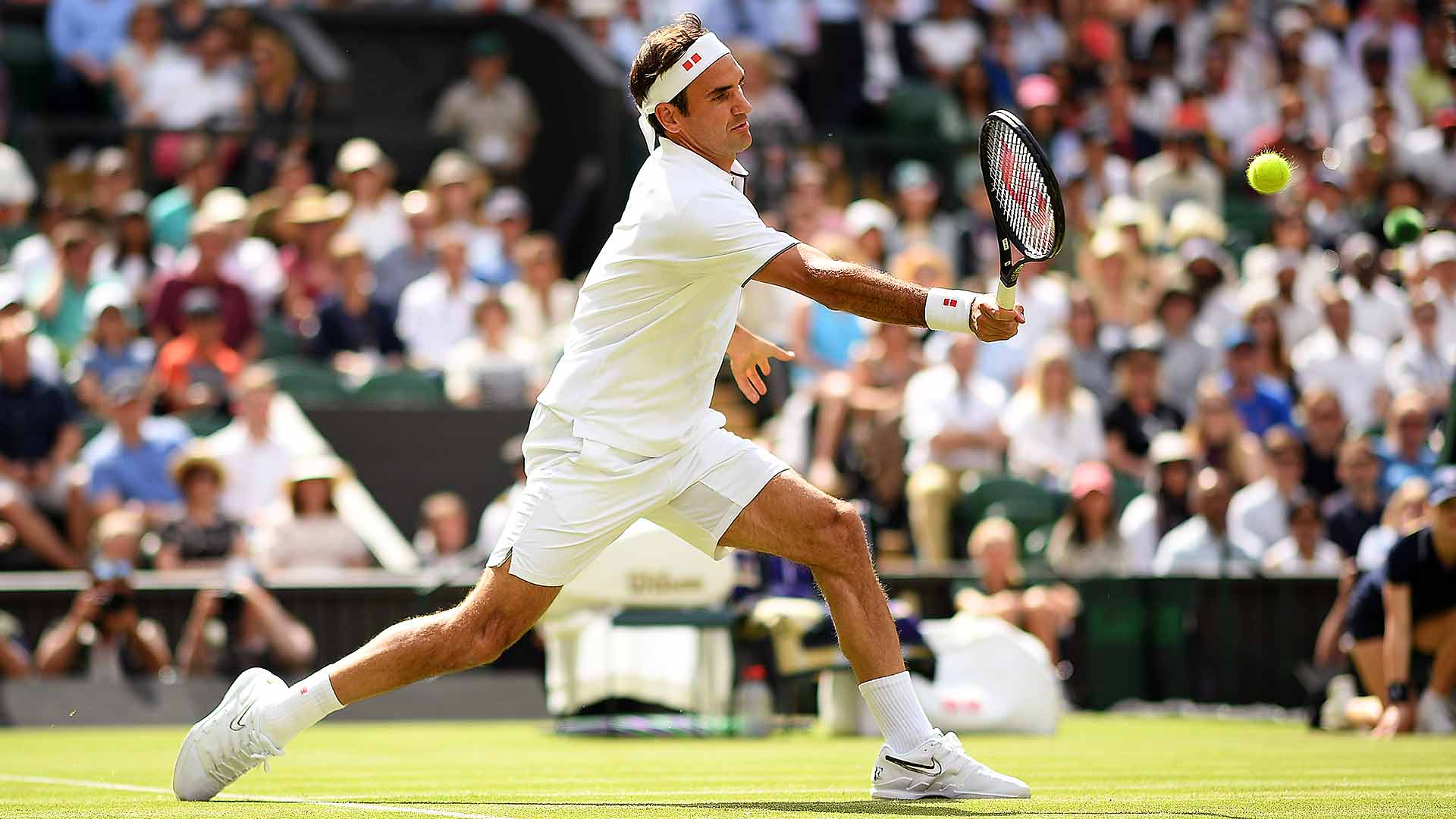 After some confusion about the shot clock and the time allowed, Roger won the toss and elected to receive.

Harris then kicked off with a hold, overcoming a slight wobble after a double fault at 30-15 to get on the board.

Roger quickly levelled but the South African was soon into his stride, striking the ball crisply from the baseline to hold to fifteen for 2-1 and 3-2.

In game six, Roger played a poorly executed and wrongly timed drop shot to slip to 0-30, he recovered to make thirty all but Harris won the next two points to break for 4-2.

The Swiss saw a half chance come his way in the next game at thirty all but Harris held for 5-2 and although Roger did get a break back chance in game nine, he played a passive looking slice as Harris saved it en route to taking the set 6-3.

Coming from a set down at Wimbledon in the first round is relatively uncharted territory for Federer but he didn't panic. After holding from 15-30 in the opening game he was able to raise his level.

Harris who had been in the zone for the majority of set one let his level drop, especially on the forehand and Roger, took charge, breaking for 3-1 before running away with the set 6-1.

That put momentum back on Federer's side and he was soon up a break in set three, consolidating for 3-1. The South African was then broken for the second time for 5-2 and during the changeover, he was massaging his calf that he'd been stretching out on the baseline in the game previous.

After dropping the set he took a medical timeout and in the third he wasn't able to really compete as hard, dropping serve in game three and game seven as Roger took the fourth 6-2 to move into the round of 64. 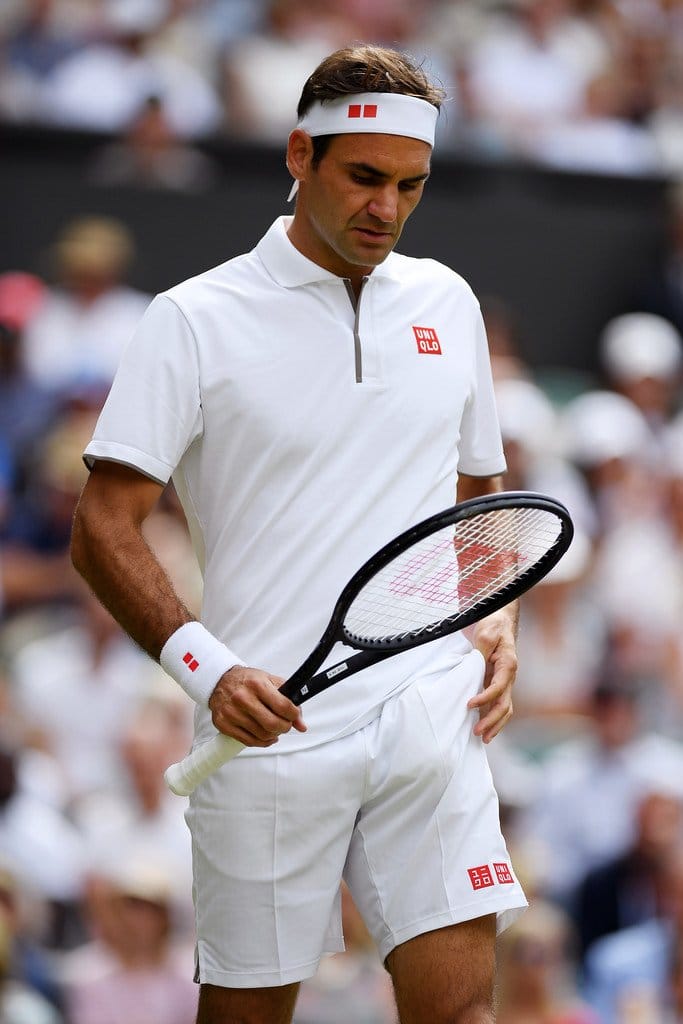 I struggled early on, I felt a bit frozen, my legs weren't going. I felt it was heavy out there, the ball wasn't going when I was hitting it and he was hitting it big. Federer on the opening set

An interesting opener here and it's rare to see Roger not progress in straight sets during the early rounds at SW19 but he got off to a sluggish start and paid the price.

After the South African kicked off with a confidence-boosting hold he was able to relax and he had the beating of Federer from the baseline with his shots possessing far more sting. Roger's ground game looked off with his timing not quite there and he was a little late on the ball which stopped his forehand being able to do much damage. Couple that with only winning 53% behind his first serve and Harris returning aggressively it was easy to see how he dropped the opener.

Fortunately, he regrouped pretty fast and found more success when coming forward which put Harris under pressure. As a result, a few more errors crept into the Cape Town native's game and Roger began to strike the ball much cleaner.

From there it was about maintaining his level after Harris's dropped and when he pulled up lame in the third set with a calf problem it was plain sailing for Federer into Round 2.

Final thoughts are he definitely needs to serve better as even though he dropped just five games in three sets, it was still hard work to win points out there from the baseline, this court looks slow and it's not a slick playing surface as you'd expect from a grass court so there's going to be a lot of long rallies over these two weeks just like the other 48 of the year 🙁

Next up is Jay Clarke who pulled a decent win in four sets against Noah Rubin. This is the first win at SW19 for the Brit after losing in the first round at his first Wimbledon last year and he's set up easily the biggest match of his career.

The two have never met and I'm guessing Roger will now very little about him and to my knowledge they have never practised together before.

I've only seen Clarke play a couple of times and he'll play a lot like Harris with a fairly big first serve and solid from the baseline. No real x-factor or big-time shots to cause problems but he should be able to make it competitive in front of a home crowd.