Roger Federer might have only needed five games to qualify for the last four of the Nitto ATP Finals, but he went beyond the call of duty, defeating fourth seed Kevin Anderson 6-4, 6-3 to finish top of Group Lleyton Hewitt.

After Dominic Thiem had defeated Kei Nishikori earlier in the day, it meant the Swiss had all but qualified barring a disaster performance and he got the job done in style. Putting the poor start behind on Sunday behind him to finish with a 2-1 record in the Round Robin and top his group for the 14th time in his career. 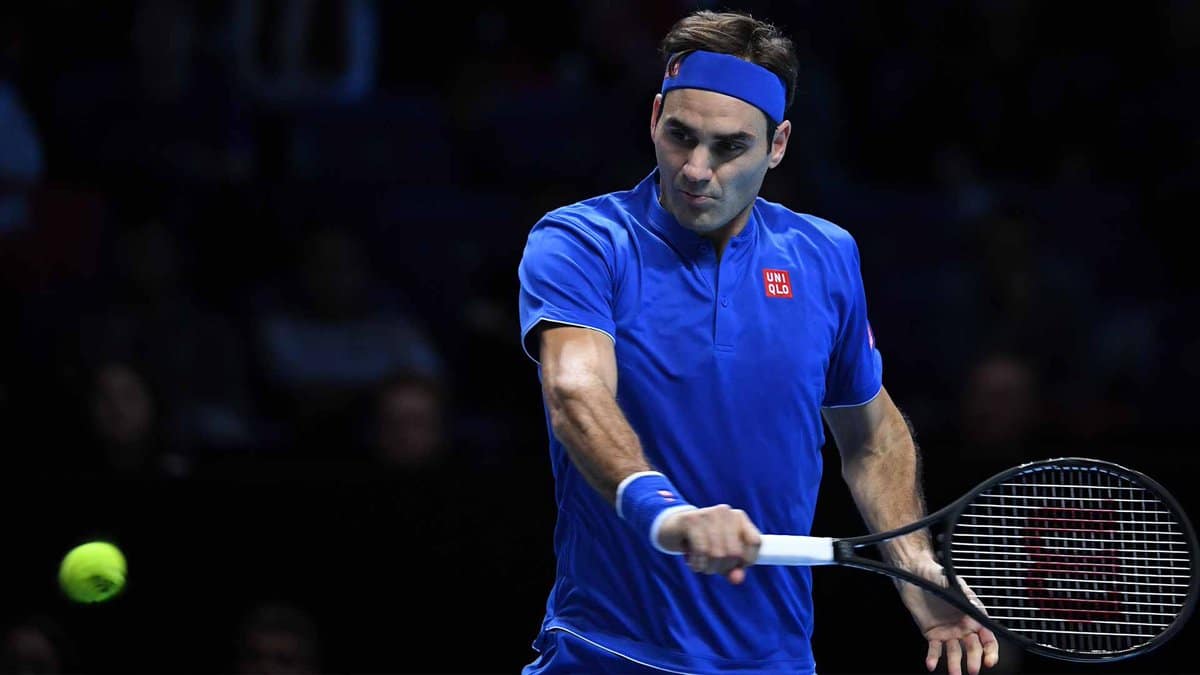 Federer won the toss and elected to receive. Anderson had been imperious on serve all week, and he kicked off with a hold to fifteen.

Roger responded with a love hold and was able to force deuce in the next return game to apply some early pressure.

The players then traded love hold but in game six Anderson found himself up 0-30 only for Roger to reel off four points in a row including a sumptuous drop shot + backhand pass on game point.

That gave the Swiss a boost of confidence, and a swift move to the net won him the opening point of game seven. A rattled Anderson then double-faulted twice in the game as he was broken to love.

Consolidating a break of serve is often imperative against someone of Anderson's serving calibre, but Roger managed to drop serve from 30-0 up, hitting a wild forehand at 30-15 which proved costly.

Fortunately, the six-time Tour Finals champion was in no mood to dwell on the past, and he used his slice to perfection in game nine to break for a 5-4 lead.

Roger then slipped down 0-40, meaning 9 points in a row had gone the way of the returner, but he was able to claw his way back, making deuce with an ance and sealing the set 6-4.

Into set two and Federer had now qualified regardless of the result, and he was able to play very freely.

The big-serving South African took care of his first three serving games, but in game seven Roger broke through, again using his slice to bamboozle Kev.

A 76 second hold put Roger up 5-3 and he broke for the second time in the set, converting his third match point (should have converted his second but let Anderson off the hook to make deuce) to take it 6-4, 6-3. 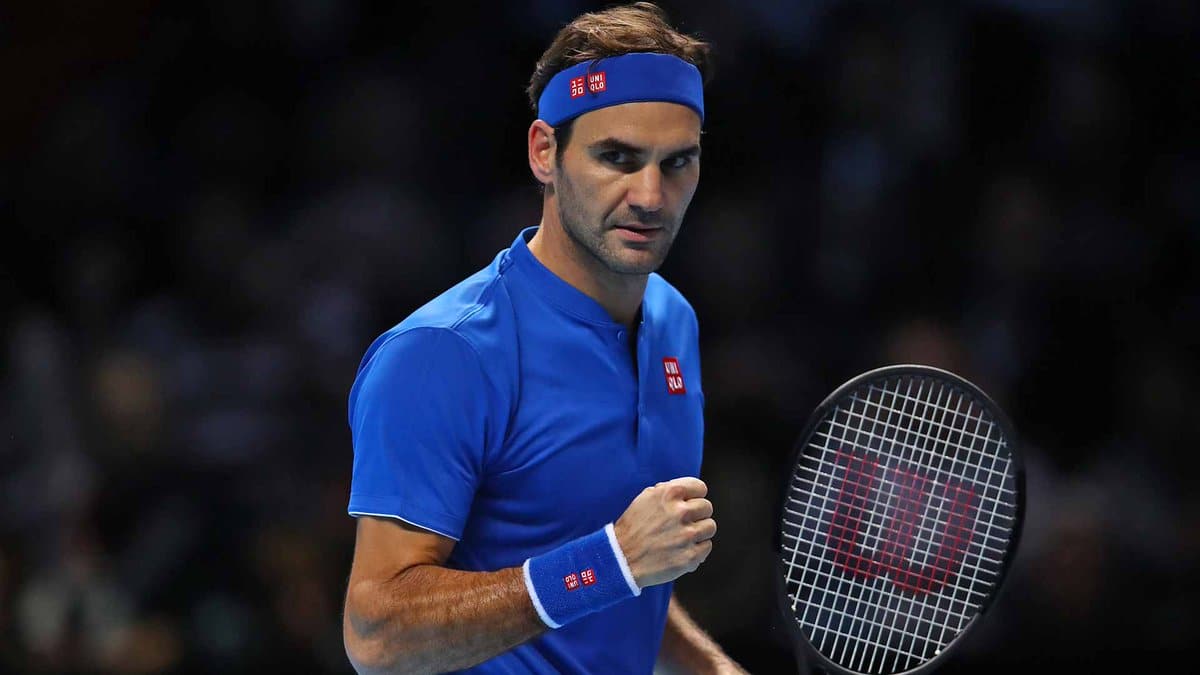 Today was a good match on my side. Maybe it was difficult on Kevin's side, knowing to be already through, round-robin can play tricks on your mind.  I’m very happy.

The first match was tough against Kei. With my back against the wall, maybe it’s easier for me to play. I’m happy it all worked out in the end, I played some good tennis today.

It looked unlikely after Roger bombed his first match but he's somehow fought back to top the group and put in his best performance of the week against Anderson to make the semi-finals at the ATP Finals for the 15th time.

There's no doubt Thiem winning earlier in the day helped him tonight as he played virtually pressure free. That made it all about forehands and backhands, and he was able to produce some top-notch tennis, swinging freely off both wings and looking fairly comfortably on serve for the most part.

The numbers all make good reading, first serve % a little low as has been the case of late but the return numbers were impressive.

I thought Roger looked explosive and light on his feet which is crucial against a big server and he was able to put a lot of balls in play.

That loose arm gave him so much feel on the slice too and caused Anderson so many problems. Kev had looked impenetrable from the baseline in his first two matches, but tonight he made some critical errors on that low and short no mans land ball.

Roger used it to draw him in many times and exposed the South African at the net as he won just  3 of 11 points up there. Fed, on the other hand, was only ever approaching on his terms and won 8 of 9 in the forecourt.

So an instinctive, pure and relaxed performance that puts him into the Semi-Finals with the bonus of a day off. Not too shabby 🙂

Predictions for the Semi Final

Next up is Sascha Zverev who qualified after beating Isner in straight sets.

The American had a set point in the first set but that's the only look in he had as Zverev took control thereafter.

I watched some and it was just so so. I've not been that impressed with the German's game in recent weeks and I don't think he's in that good a form.

However, playing Federer is bound to give him some added motivation so I expect him to raise his level come tomorrow.

The pair last met in London last year which Roger won in 3 sets to lead 3-2 in the H2H. Neither player has been able to win 2 matches in a row so far though, so on that basis Zverev is the favourite for tomorrow ?

From Roger's side I guess he needs to employ a similar gameplan to the one against Anderson and mix it up.

One of my favourite matches of recent times was the Halle final against Zverev where Fed ran him ragged with his variety. Hopefully he can do that tomorrow.

The only real concern is his forehand which is still a bit iffy. I think I said in an earlier post or on Twitter that he's muscling the ball in a bit on that side lately.

You can get away with that for the most part especially when you're relaxed like he was vs. Anderson but under pressure that's when it breaks down. Nadal for example has had similar problems on that wing as his forehand isn't the cleanest technique wise. Anyway we'll see how it holds up tomorrow. Be strong, be of good courage and God bless the Fedmeister.

What did you guys think of the performance? Let me know in the comments.