Roger Federer is through to the Miami Open third round, coming from a set down to beat Radu Albot 4-6 7-5 6-3 and set up an encounter with Filip Krajinovic in the third round.

The Swiss was looking to better his performance from last years Miami Open where he lost to Kokkinakis in his opening match and Albot wasn't too far away from causing another upset under the lights at the Hard Rock Stadium.

However, Roger, coming in from his loss in the Indian Wells final managed to find his feet in the second set, protected his serve well throughout with 14 aces before finally prevailing in 2 hours and 10 minutes. 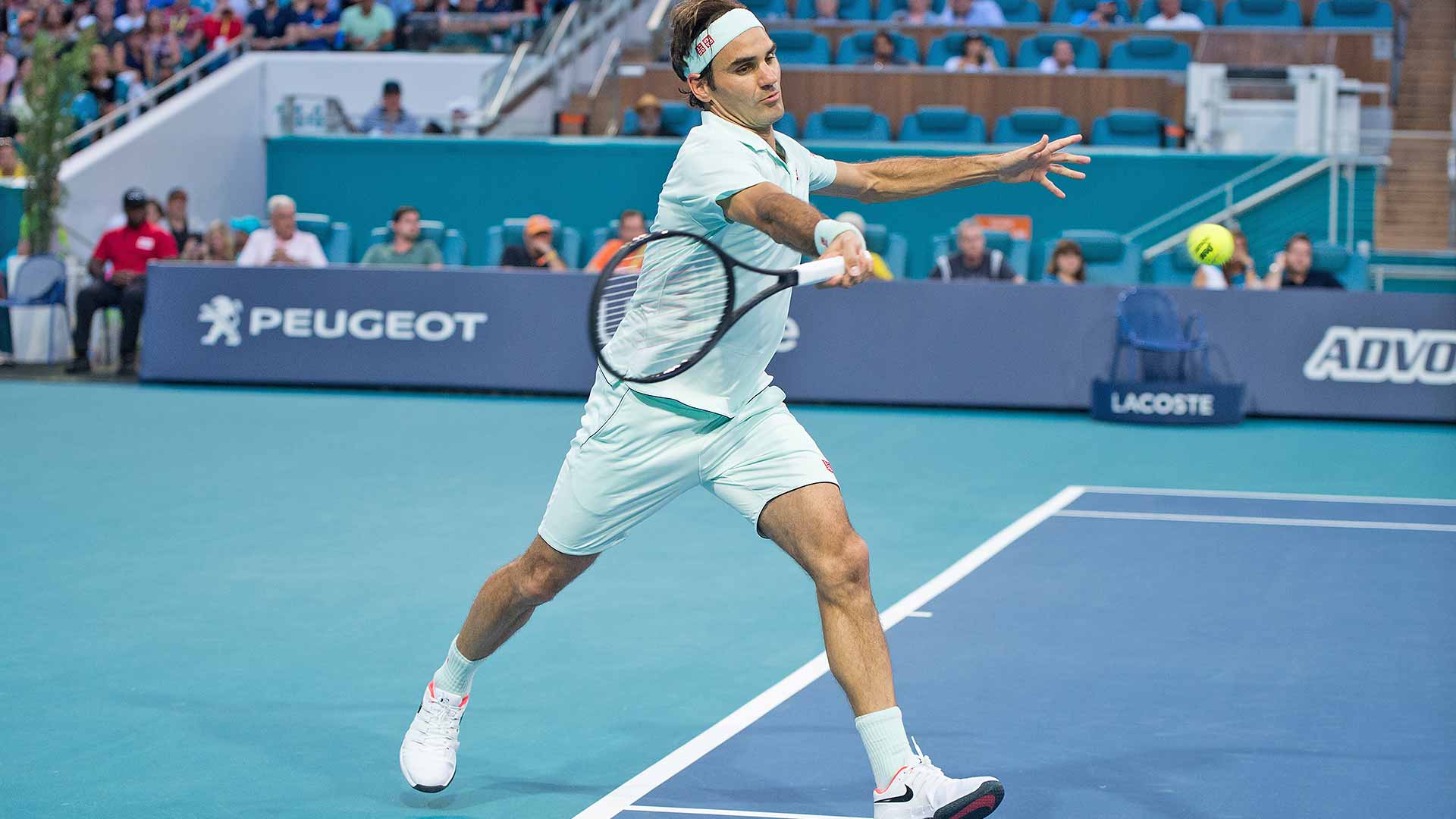 Albot won the toss and elected to receive. The Moldovan then got off to the perfect start, keeping the ball in play and Roger dropped serve to 30.

Albot, likely surprised to find himself up a break so early, immediately slipped to 0-40 but he found he recovered, saving all three break points and a fourth to consolidate for 2-0.

From there Roger managed to settle on his own serve, holding comfortably for the remainder of the set but he couldn't really make an impact in the return with half chances all going Albot's way as he took the set 6-4.

The Swiss kicked off set two with a love hold and the trend of both players holding continued. Especially for the Moldovan who was winning 80% behind his second serve after seven service games.

In game seven Roger held game point at 40-30 but then a double fault and a crazily wild forehand gave Albot a breakpoint. A clutch serve saved it and Roger averted the danger to hold for 4-3.

The Swiss then had his first break point of the set but couldn't make a meaningful connection on the return and looked somewhat surprised by how Albot's 93mph first serves were coming through to him.

The pair exchanged holds for 5-5 but in game 12 Roger finally made some returns to snatch the set 7-5 and force a decider.

Albot left the court for 10 minutes during the changeover and upon resumption, Roger laid down the marker with a solid hold for 1-0.

Chances were hard to come by for either player but it was the Delray Beach champion who had the first opportunity to break in game seven after a double fault from Roger at deuce.

Federer saved it and buoyed from the hold strung together his best return game of the night, finally finding a backhand down the line to create 0-30 and breaking at 30-40 to lead 5-3.

No problems serving it out for the GOAT as he landed an important ace for 30-15 and moved through in the third round.

Some good snippets in here about the stadium, surface, conditions and acoustics of the stadium court. 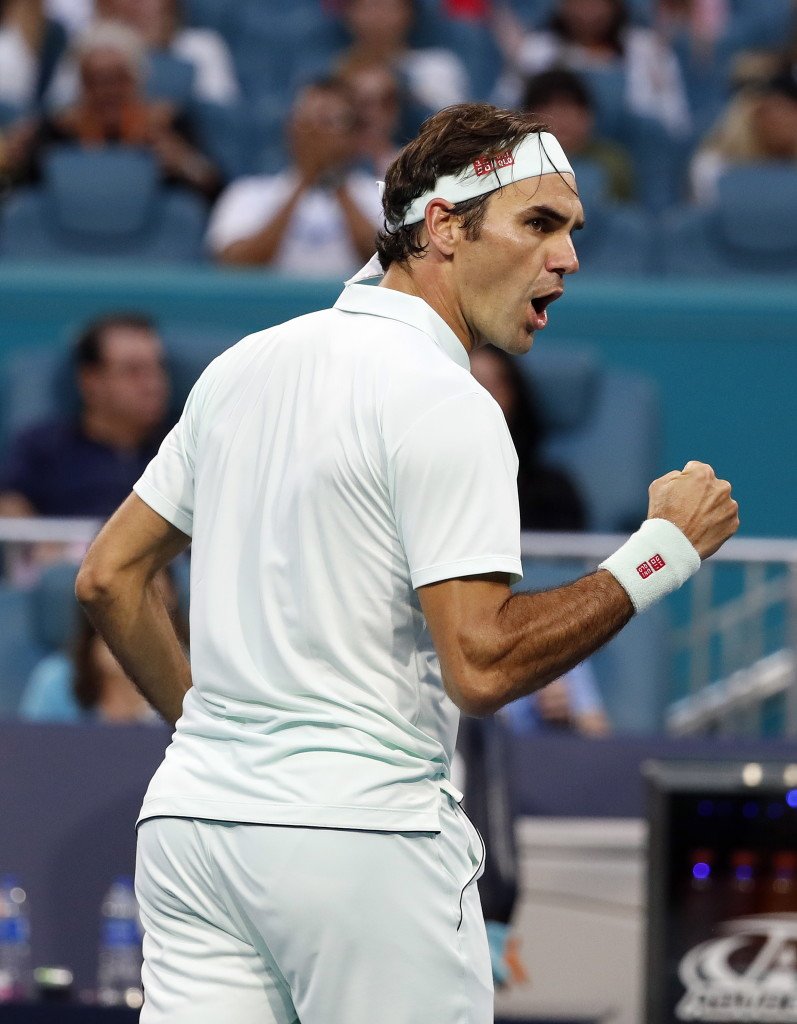 I expected a player with a great attitude, which he showed. An aggressive baseliner, who moves well. He's not afraid to come to the net. The problem is I've never practiced with him. I've never really seen him play live matches. I thought it was hard. I have a lot of respect for those types of players who don't have the size, have to find a different way to win. He's a great, great player. I was impressed.

A good win here for Roger and one of those performances that often gets consigned to the poor performances category but I thought it was a good match overall and is an underrated victory.

Sure it wasn't vintage Federer or a total carve up where he blows his opponent of court but he overcame a slow start, worked his way into the match and finally got it done.

If you look at some of the other results here in Miami the players that are doing well are not the heavy hitters who put a lot on the ball. Thiem, Khachanov and Zverev have all fallen by the wayside and they struggled to really do the damage from the baseline in their matches.

Thiem's match stats, for example, show he had horrific numbers behind his serve, which tallies up perfectly with what Roger said in the press about topspin spin serves not really popping off the court. Kick serves are the crux of Thiem's game but they were less effective and Hurkacz dominated.

The steady baseliners who don't put a lot on it and can stick in there are getting rewarded and that's exactly how Albot plays so it was no real surprise to see him test Federer last night.

The Moldovan won the tournament in Delray Beach which is only a few miles up the coast so obviously likes the conditions in this part of the world and he's an all-around solid player. Great movement, a fairly flat backhand that he can change direction nicely with and a solid forehand.

From Roger's side, I thought the key for him on the night was his serve and after that sloppy opening game, he was solid behind it thereafter.

His problem seemed to be finding a rhythm from the baseline and on the return. He was often searching for the ball as it just doesn't seem to come onto the racquet. He was far too early on some of Albot's serves which barely got above 100mph.

Again not a huge surprise as he's come from Indian Wells which is known for the ball fizzing off the court to Miami which is slower through the air and less reactive off the surface.

But he managed to figure it out, got plenty time on the new court to get used to conditions and that's the sign of a quality player 🙂 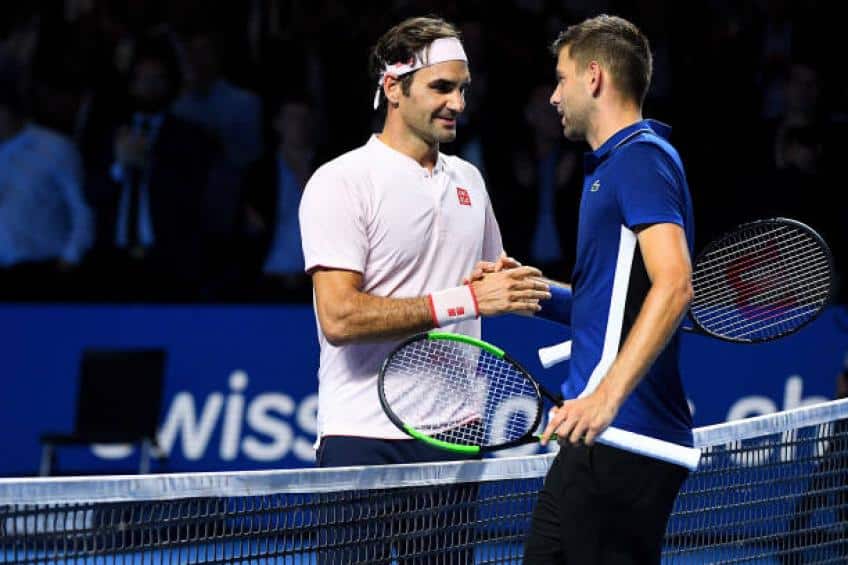 Krajinovic takes the ball early he can play down the line and he is very steady. I think that his talent makes him a dangerous player plus he has just beaten Stan so I’m sure he’s ready.

Next up Filip Krajinovic who ruled out the chance of another all Swiss third round by defeating Wawrinka in three sets.

I watched some of the match and Stan played well in the first few games but then tailed off, struggling with an ankle problem which required treatment. Not debilitating as he still took it to a third set tie break but his game seemed off for the most part.

Roger leads the H2H 2-0 against the Serb, with their last meeting coming in Basel last year which went three sets and I think tomorrow could be another test.

Krajinovic is another solid baseliner who can make a lot of balls but after Roger's win here I favour him to come through. Hopefully in straights but it could go three.

What did you guys think of the match vs Radu Albot the Fifth Musketeer?  Predictions vs Krajinovic? Let me know in the comments.