Roger Federer is into the last eight at the Miami Open with an impressive 6-4, 6-2 victory over Daniil Medvedev in 1 hour and 1 minute.

In a match that was due to be played last night only to be washed out by thunderstorms, the Swiss enjoyed the daytime conditions to play solidly throughout. Making just 8 unforced errors in the match and converting all three of his break points to make the Quarter Finals in Florida for the eleventh time.

The win sets up an encounter with Roger's Wimbledon conqueror Kevin Anderson who enjoyed a day off today after defeating Jordan Thompson yesterday. 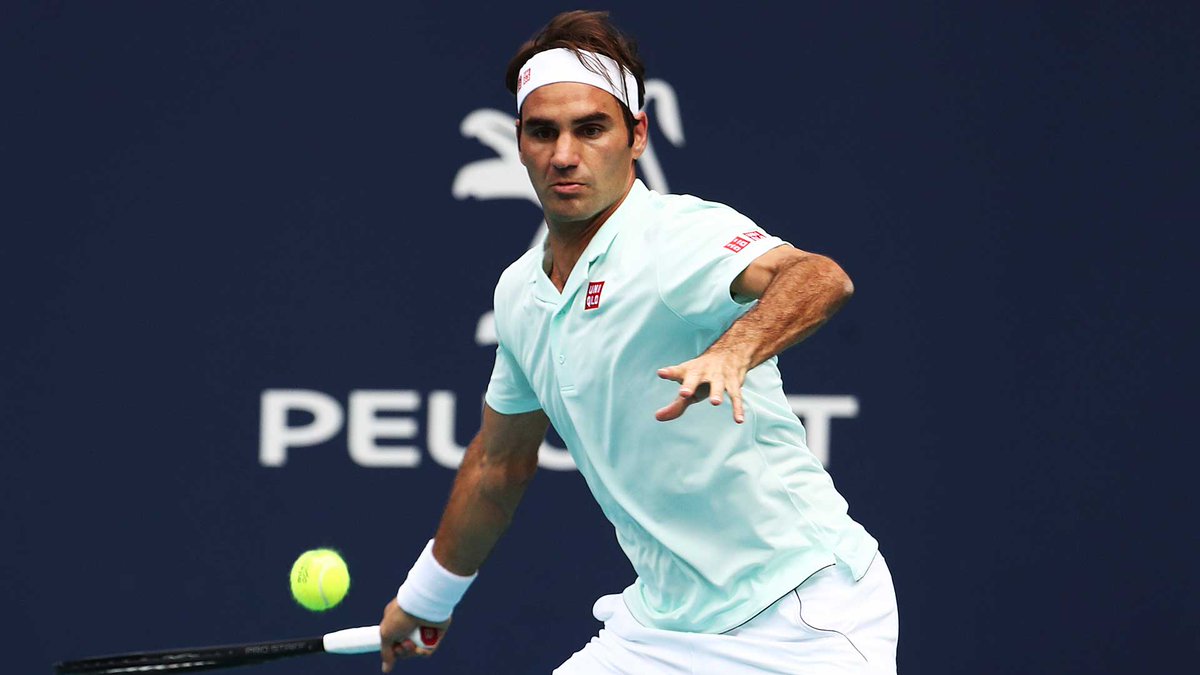 Federer won the toss and elected to receive. Medvedev kicked off with a solid hold to fifteen for 1-0.

Roger soon levelled with a hold to thirty but Medvedev showed some early signs of what he can do from the back of the court with some crisp hitting.

Federer then created a half chance at 15-30 thanks to a line finding inside in forehand but the Russian fired an ace, reeling off three points in a row to hold for 2-1.

The pair then exchanged two love holds each as the score moved to 4-3 in favour of Medvedev. Game eight finally saw a point won on the return but Roger held to thirty to level at 4-4.

A perfectly executed drop shot then got Roger into game nine and at 15-30 he came out on top of a 34 shot rally, opting to slice virtually every backhand which Medvedev struggled to be aggressive on. That created two break points and he converted at the first time of asking to lead 5-4.

If Roger's previous service games were any indication, serving it out would be straightforward but he slipped to 0-40 after Medvedev hit some solid groundstrokes. The Swiss saved all three with smart serves and took the set 6-4. Hitting 14 winners to 5 unforced errors and landing 75% of first serves.

Into set two and a rattled Medvedev dropped serve instantly before Roger consolidated to 15 to lead 2-0.

The Russian got himself on the board in the next game but Roger held to love in no time for 3-1 and the Swiss was soon up 4-2 with more rock solid play.

In game seven Medvedev found himself up 40-15 but Roger showed exquisite court craft to flick a pass and Daniil imploded, missing a tentative forehand then hitting a wild double fault on break point to slip 2-5 down.

The Swiss then served it out to thirty to take it 6-2 and move into the Quarter Finals.

I thought it was an interesting match. There were really long rallies, tactical points. The big points went my way and that was the difference. I'm serving great this week and hope I can keep it up in the next round.

A super performance here from Roger and after a wobbly-ish start against Albot he's settled nicely into the tournament that has seen several of the top seeds fall around him.

Today I thought he played spot on tactically and his whole game was in tune whether it was serving, moving forward, defending, or mixing it up, everything clicked.

Like I mentioned in previous posts and comments, the surface here does not really reward shotmakers like Medvedev and he quickly ran out of ideas when hitting flashy winners wasn't possible. You need to be able to put the ball away when you get the chance but it's more about working angles and crafting points and that's exactly what Roger did.

Once Medvedev was down a set he had to go for more and Roger was able to ask him all the right questions and make him play one more ball time and time again. Showing great patience and variety to mix up his pace throughout the two sets and those tactical 34 and 35 shot rallies were great to watch. 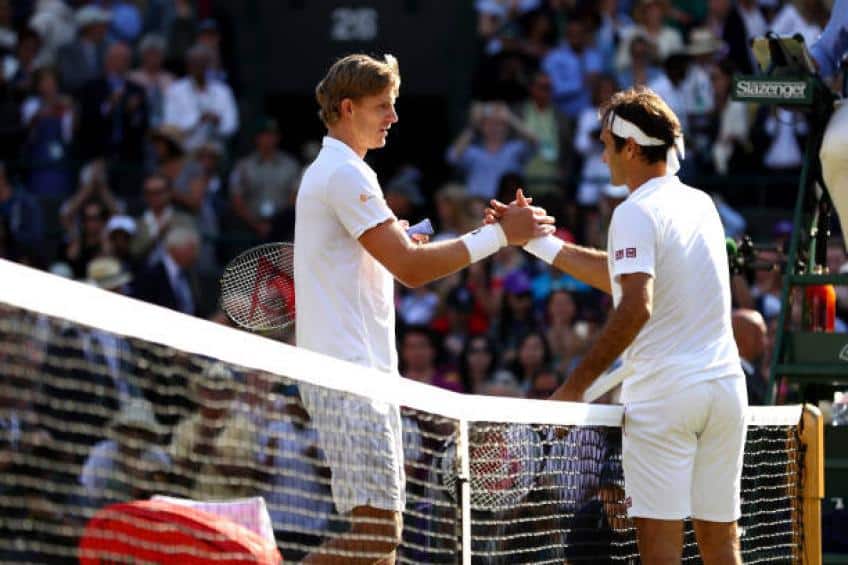 If you beat me at Wimbledon, you’ve got my attention. Kevin is a great player, he's got one of great serves in the game at the moment. On America on hard courts, that's his cup of tea, but I'm playing well and I hope I can bother him.

Next up is big-serving Kevin Anderson who is playing his first tournament back after a spell on the sidelines with an elbow problem.

The South African has been one of the most consistent guys on the tour over the last two years and on his day can be very dangerous as we saw at Wimbledon last July.

The 6th seed hasn't had it easy though in his first three matches, struggling against Munar in the second round and all the sets he's played since have looked fairly tight. I get the feeling he's the type of guy that needs quite a few matches in his racquet to get up to a high level so hopefully, Roger can take advantage of the fact he's relatively under-tennised this season.

Fed leads the H2H 5-1, with four wins on hard court and I think needs to continue in the same style as today, mix it up, make Anderson move and look to put him in awkward positions on the court.

The match is at night so that perhaps favours Anderson slightly as he can still serve through the court and if he has a top drawer serving day anything can happen but I like Roger's chances.

What did you guys think of the win against Medvedev? Predictions against Anderson? Let me know in the comments.