The Quest for #100 continues for Roger Federer as he put in a classy performance to defeat Kei Nishikori 6-4, 6-4 at the Paris Indoor Masters.

The win sees the 2011 champion move into the semi-finals of the penultimate tournament of the season and he records his sixth victory in a row against the Japanese. In doing so he's set up a juicy tie with the man of the moment Novak Djokovic who defeated Cilic in three sets and he's now on a 21 match winning streak. 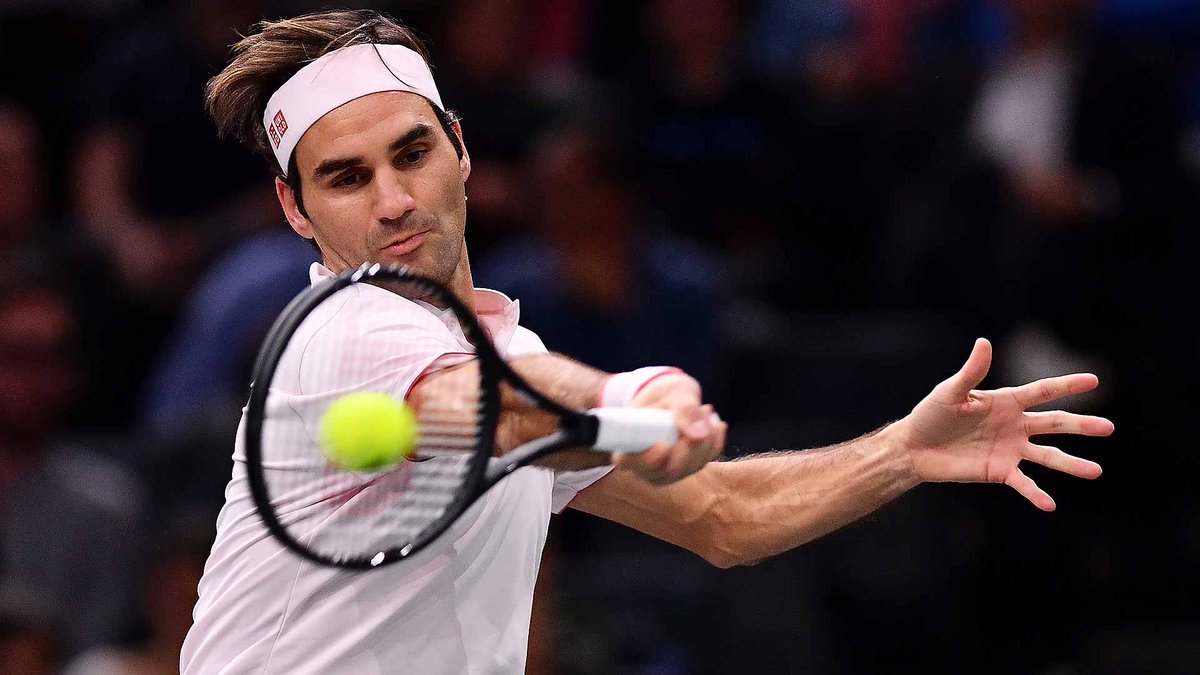 Federer won the toss and chose to receive. Two nice returns got the Swiss to thirty-all but Nishikori was able to hold for 1-0.

Roger levelled to 30 and then made deuce on the Nishikori serve but the Japanese came up with a nice topspin serve to hold. A love hold saw Roger level for 2-2 and the pair then exchanged back to back holds for four games all.

In game nine, Roger upped the anti playing an aggressive return game to break for 5-4 with some crisp hitting. An awesome touch volley put him up 30-0 when serving for it but he then lost three points in a row to face a break point. Kei took a very deep second serve return position and a smart serve and volley from Roger saved it. He then won the next two points to take it 6-4.

Into set two and the disappointment of losing set one saw Nishikori fail to regroup, a lucky net cord won Roger the first point then a run around return clean winner helped him break to love.

That was quickly 2-0 and the closest Nishikori got to restoring parity was in game four when he had deuce three times but no break points came his way. Roger's serve finally finding it's mark to help him over the line and  he won his last two service games to love to take it 6-4. 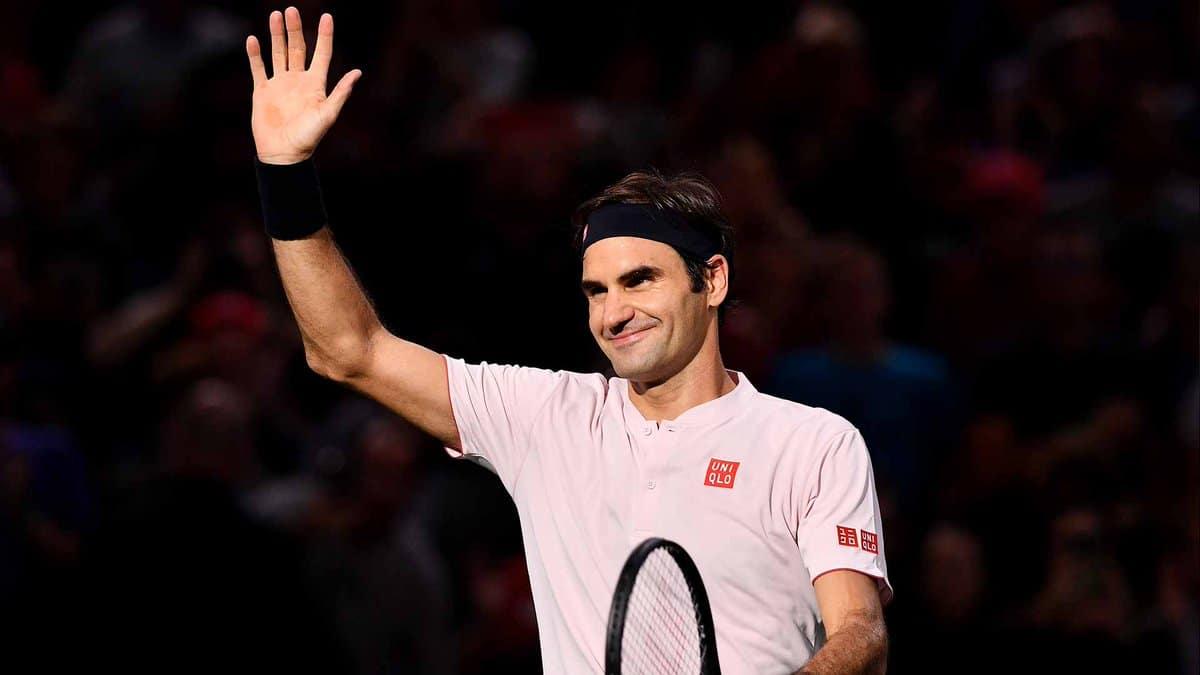 I think for me it was really important to go through two sets and not get broken and play very consistently and solid and not make too many wild shots on my own service games and just play solid and I think I was able to deliver that in a very nice way today. Kei is one of the best returners in the game and if you allow him to come into your service games too frequently, he's going to really hurt you. I think I was able to avoid that and then winning straight sets is always nice. It saves energy for not only what is to come tomorrow or the following week, but for your career. That's why you could be more successful if you win quick matches. I've done that well throughout my career and it was nice to get one again tonight.

Wahoo finally a match where the serve goes unbroken 😀 The last match Roger played against Nishikori in Shanghai was widely regarded as the best match he'd played in a while and this one improves on that as it was a very clean display.

The first game set the tone nicely as he really connected with some returns and even though Nishikori held, you could tell he would be under big pressure on his serve all night.

Nishikori's key to the match was could he return like he did vs. Anderson and take advantage of Roger's serve being less potent of late.

The answer was no as Roger served solidly, dropping just one point behind his first serve in the match and although he only landed 52% of first serves he was able to defend the second serve nicely throughout.

From the baseline, Fed was also able to mix it up with a lot of variety and you could see Kei not enjoying what was being thrown at him.

The slice was especially effective into Kei's backhand and some injections of pace that he didn't see coming left him looking rushed on the baseline with no real answers.

So a solid performance here, he nullified Nishikori's game and came through completely unblemished and is into the semi-finals which means playing Paris has already paid off.

I want to play well. I want to try to win, obviously. I know he's on a hot streak so I think it's going to be tough. But nevertheless, I think I've got nothing to lose. I also like this type of surface, I like playing indoors. Indoors has treated me very well, winning Rotterdam and Basel. I think I'm ready to do something tomorrow, but clearly, I have to play a lot of good tennis tomorrow because those are the question Novak asks of you. It's not just maybe a serve here or there or a return here or there, he's going to ask the question time and time again because he defends very well and he plays well on the offence and plus he's serving consistently well at the moment so I think it's going to be tough.

Next up is the Djoker who defeated Cilic in three sets. I watched some of it and Cilic had a lot of chances but his problem was two-fold; he's not that clutch and Djokovic is very hard to beat right now even when not at his best.

As per reports Novak has been a bit under the weather this week with some sort of cold so whether he's vulnerable I'm not sure. With each day that passes he'll be feeling better though so I'm not sure how much you can read into that.

From what I've seen he's not been playing fantastically just good enough. He struggled early against Sousa and Cilic but he's been able to raise his level and get over the line to make the semi-finals which is all he really needs to do.

It's the 47th meeting between the two tomorrow and Djokovic has dominated the H2H of late, winning the last match they played on hard courts in Cincinnati very easily so he goes into the encounter as the favourite.

For Roger, Paris has already worked out well for him, no tough matches and a couple of wins on surface supposedly similar to the World Tour Finals so he can play the semi without too much pressure. He'll need to carry on where he left off against Nishikori in terms of his serve and try to unsettle Djoker from the baseline which is not easy to do.

Regardless of the result it should be a good one and I'm just hoping Fed plays better than Cincinnati. Leaning towards Djoker 60/40.